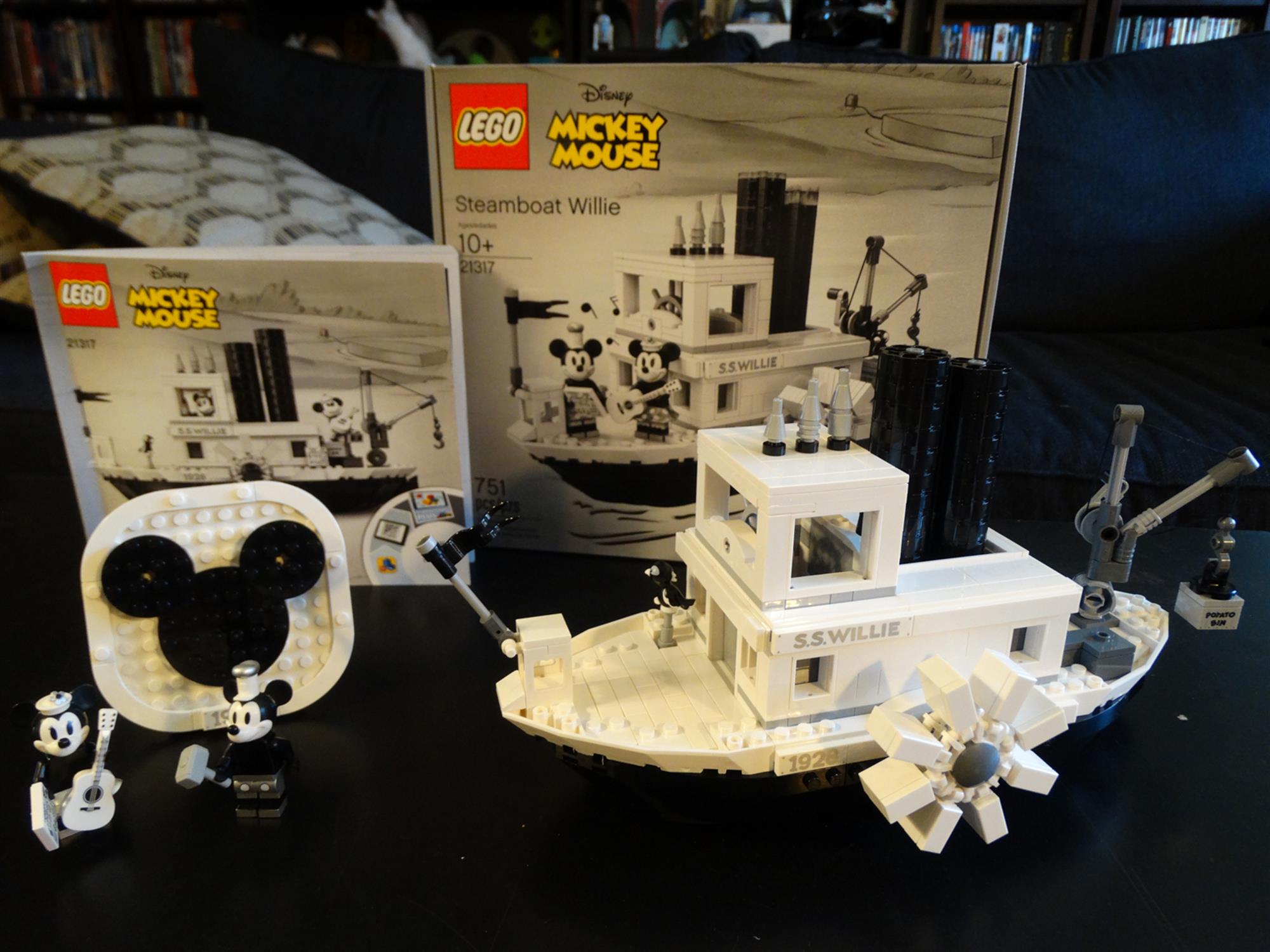 Golly! That world-famous rodent couple Mickey and Minnie Mouse first burst onto the big screen more than ninety years ago when the Walt Disney and Ub Iwerks-directed animated short “Steamboat Willie” was released into theaters on November 18, 1928. And now Disney fans can recreate that famous cartoon in brick form thanks to the newly-released LEGO Ideas Steamboat Willie building set.

In the video below, I take a look at the contents of the LEGO Ideas Steamboat Willie, build the set in fast-motion, then review the impressive toy available now for $89.99 from LEGO brand stores and LEGO.com.

LEGO Ideas’ Steamboat Willie (set #21317) includes 751 pieces and is intended for ages ten and up, which makes sense as the internal mechanism that drives the ship’s paddle wheels and steam pipes is far more complex than anticipated for a set starring these traditionally youth-oriented characters. 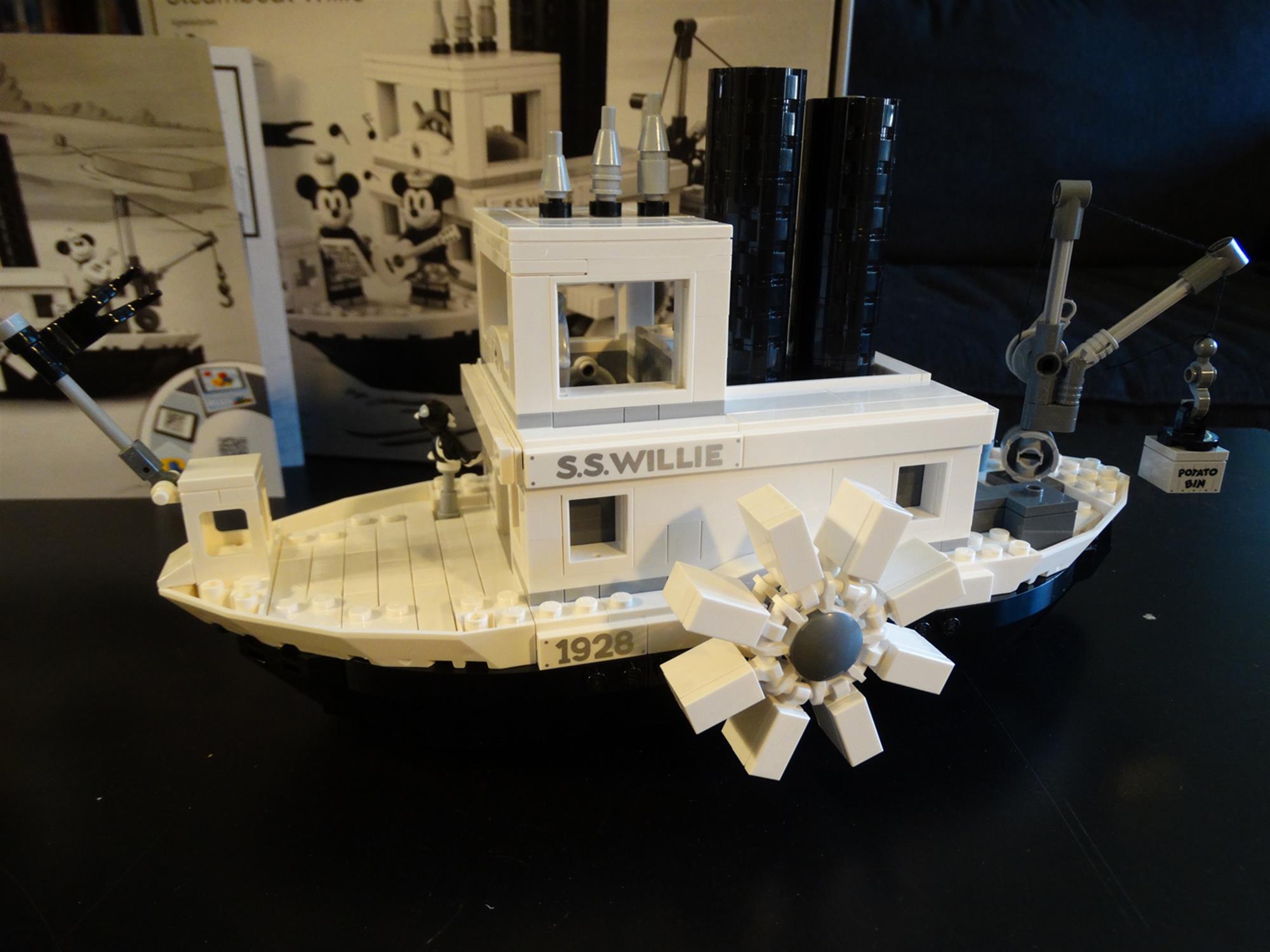 Movie Steamboat Willie forward and backward on a flat surface causes the aforementioned paddle wheels to rotate and the steam pipes to move up and down in an alternating manner. The ship also features a working crane with a crank that allows builders to load a potato bin on and off the deck, a pot and pan, and a spinning steering wheel as seen in that iconic sequence from the film. 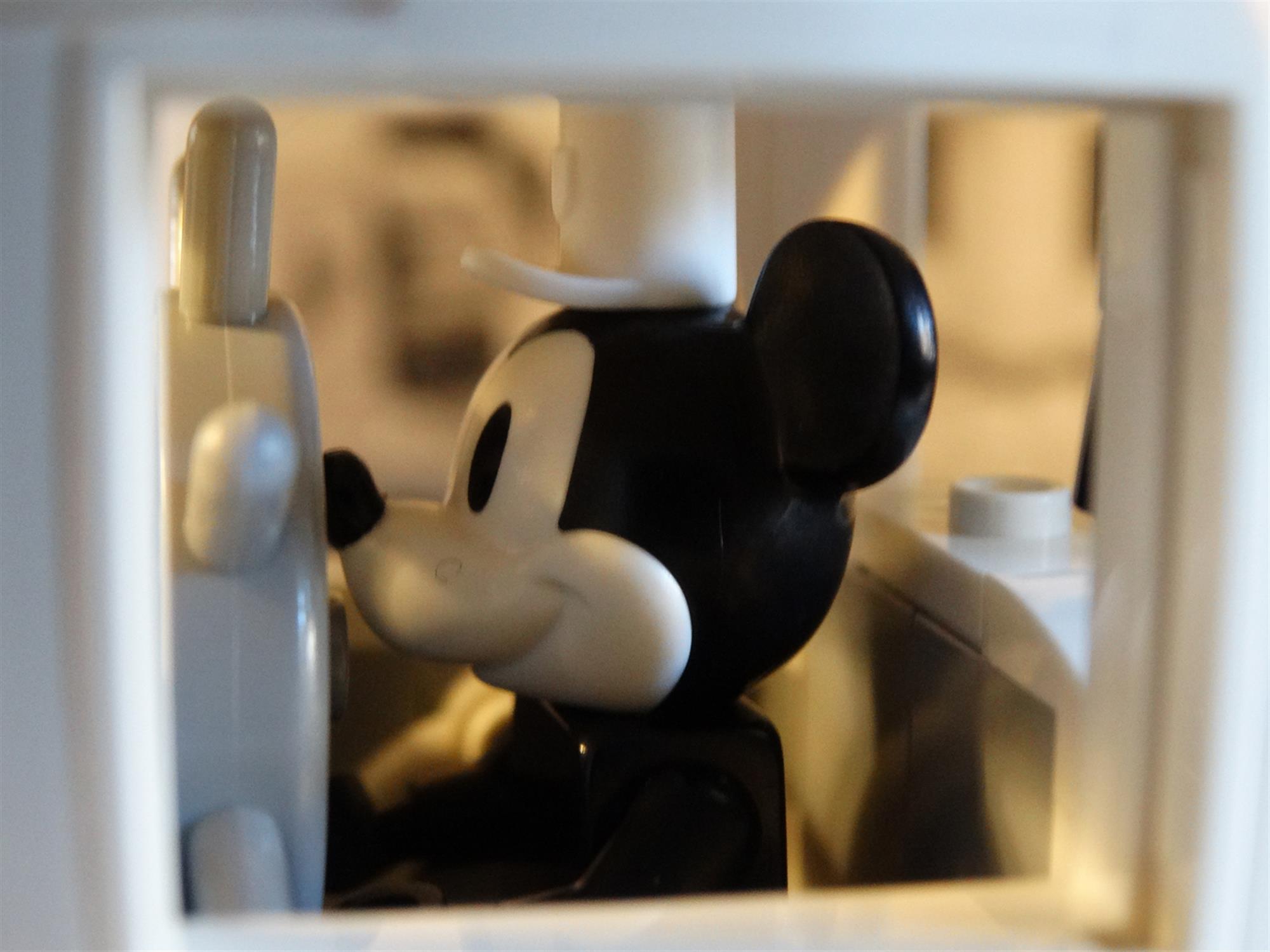 Minifigures include Mickey Mouse with his ship captain’s hat and a hammer, Minnie Mouse with a flower hat, guitar, and sheet music for “Turkey in the Straw” (a well-known folk song that plays during the cartoon), and a small bird meant to represent the parrot from the short. 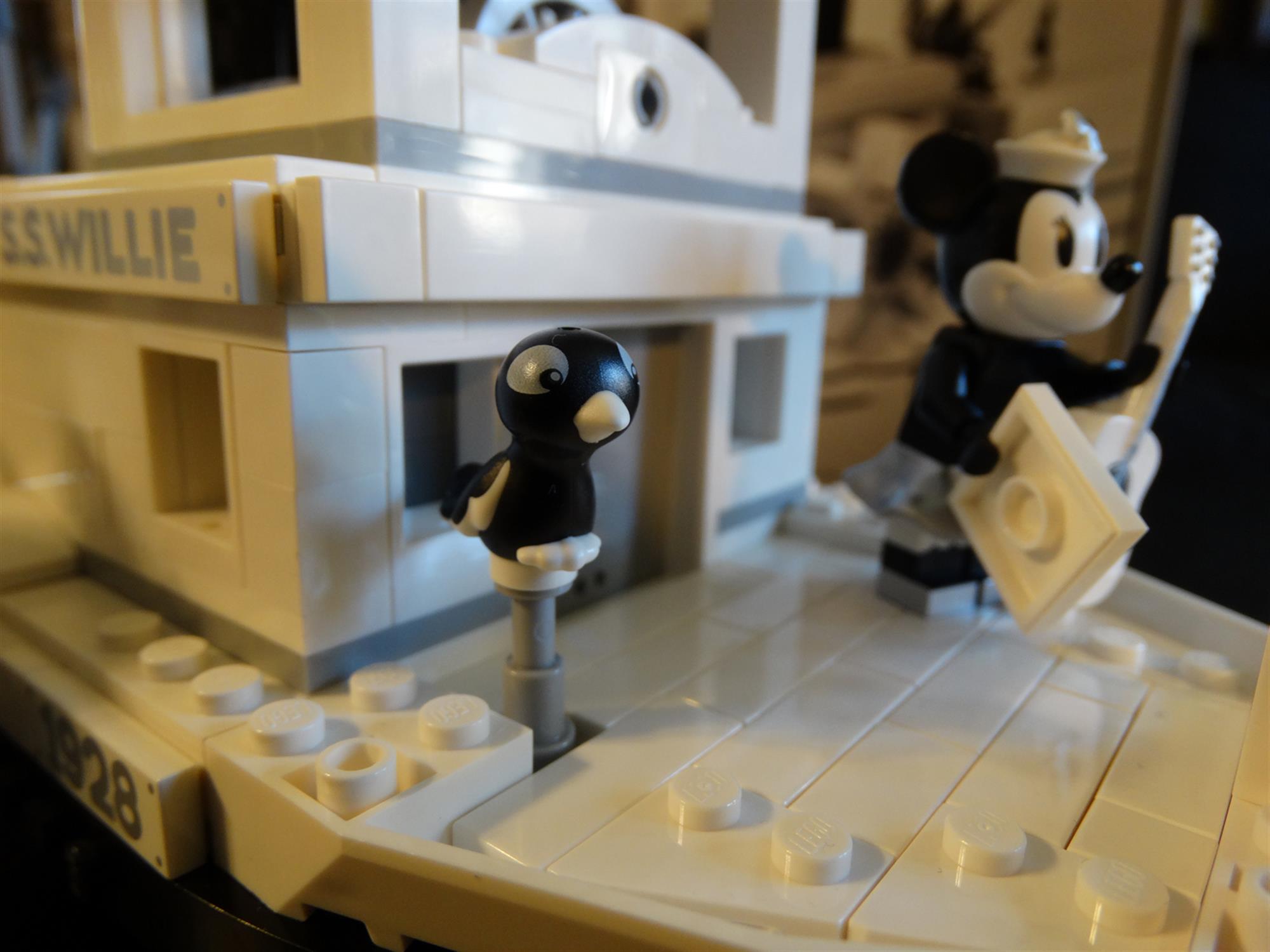 Though a tiny bit overpriced, the LEGO Ideas Steamboat Willie set would make a great collectible for any tried-and-true Disney fanatic. Due to the surprisingly complex nature of the build, however, I would not recommend letting a child construct this set on his or her own. This would make for a nice afternoon activity for parents to partake in with their kid, though some LEGO veterans may find the boat’s interior system of gears and axles somewhat tricky to assemble as well.