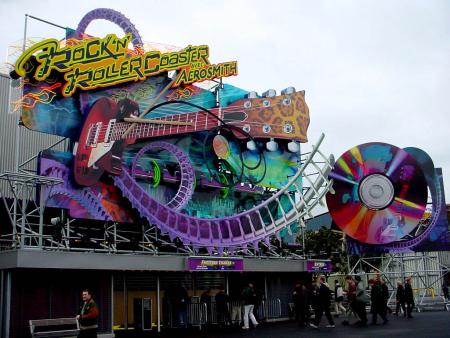 September 1st was the last day of operation for Rock ‘n’ Roller Coaster avec Aerosmith in Walt Disney Studios Park Paris. The attraction is closing as part of a €2 billion expansion and transformation of Walt Disney Studios park including the Avengers Campus. A few days ago, our own Cole Geryak took a look back in his weekly Extinct Attractions column.

Below are tweets from fans who were at Disneyland Paris to say goodbye, particularly ED92.

? On this last day for the atttaction, fans are waiting for Rock n’ Roller Coaster Fastpass to open.
As a reminder, say password “Sweet Emotion” to the FP Cast Member to receive a commemorative 40-page “Tour de Force Records” Magazine.
1 per Guest while stocks last. pic.twitter.com/3eKoJek9kQ

? All Fastpasses for Rock n’ Roller Coaster have been distributed – note that they were only for 12am-2pm returns, so if you have one you should be ok to receive a souvenir.
Of course, the standby line remains open for the rest of the operating day. pic.twitter.com/8WSCHuSqWH

The “souvenir book” referred to was a Souvenir Tour de Force Magazine Disney gave out to lucky guests on the last day: 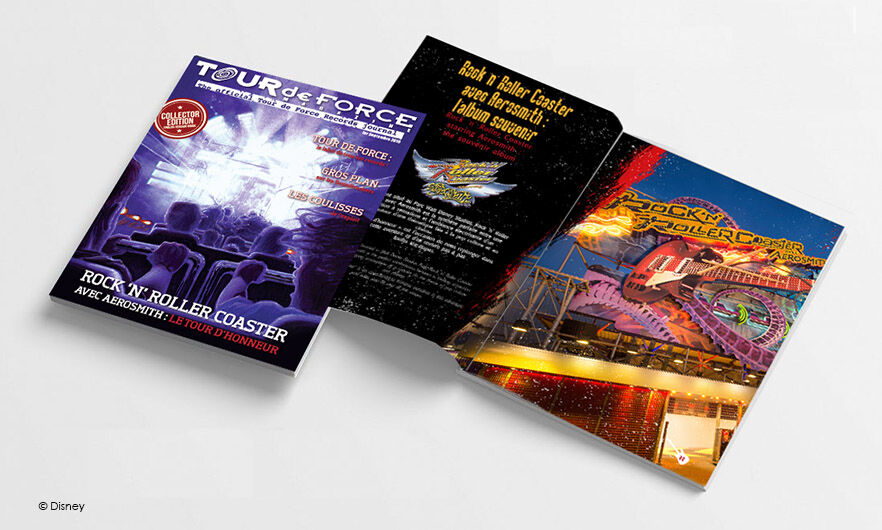 The backpage ad for the magazine not-so-subtly hints at what’s coming:

? At the back of “Tour de Force Magazine”, a famous CEO and inventor has bought this full page ad..? pic.twitter.com/FmVUNnUp73

ED92 was kind enough to put a PDF copy you can get here. And if you’d like to win your own copy…

ED92 posted a little later than the that the queue was closed with a 90 minute wait.

Rock n roller coaster avec aerosmith is officially CLOSED. here’s the separation between the last in standby and the last 24 riders ever pic.twitter.com/xWQkfH2aM5

ED92 apparently had the opportunity to go back after closing and get more pictures, so be sure to check out their Twitter feed for lots more Rock ‘n’ Roller Coaster memories.

?Going back in to capture Rock n’ Roller Coaster one last time for the archives.
We are guests of Disneyland Paris tonight. pic.twitter.com/nJprffDJ7h

? Thanks for joining us to say goodbye.
Take good care of it, Tony! pic.twitter.com/8bsSoe6gaV

And in case you’ve never had the chance to experience the Rock ‘n’ Roller Coaster in Paris, it is quite different from the Walt Disney World version: