I’ve had more than my fair share of coffee and have no plans to lessen my consumption anytime soon. I usually opt for unsweetened lattes (flat white is a fave) or cold brew. But that doesn’t mean I’m a stranger to seasonal flavor sweeteners. Enter the Toffee Flight Latte. The Joffrey’s Coffee kiosk just outside the Disney Skyliner station at Caribbean Beach Resort is serving up a tasty espresso beverage in honor of the new transportation. Add to that that today is National Coffee Day and well, we just had to try this concoction. 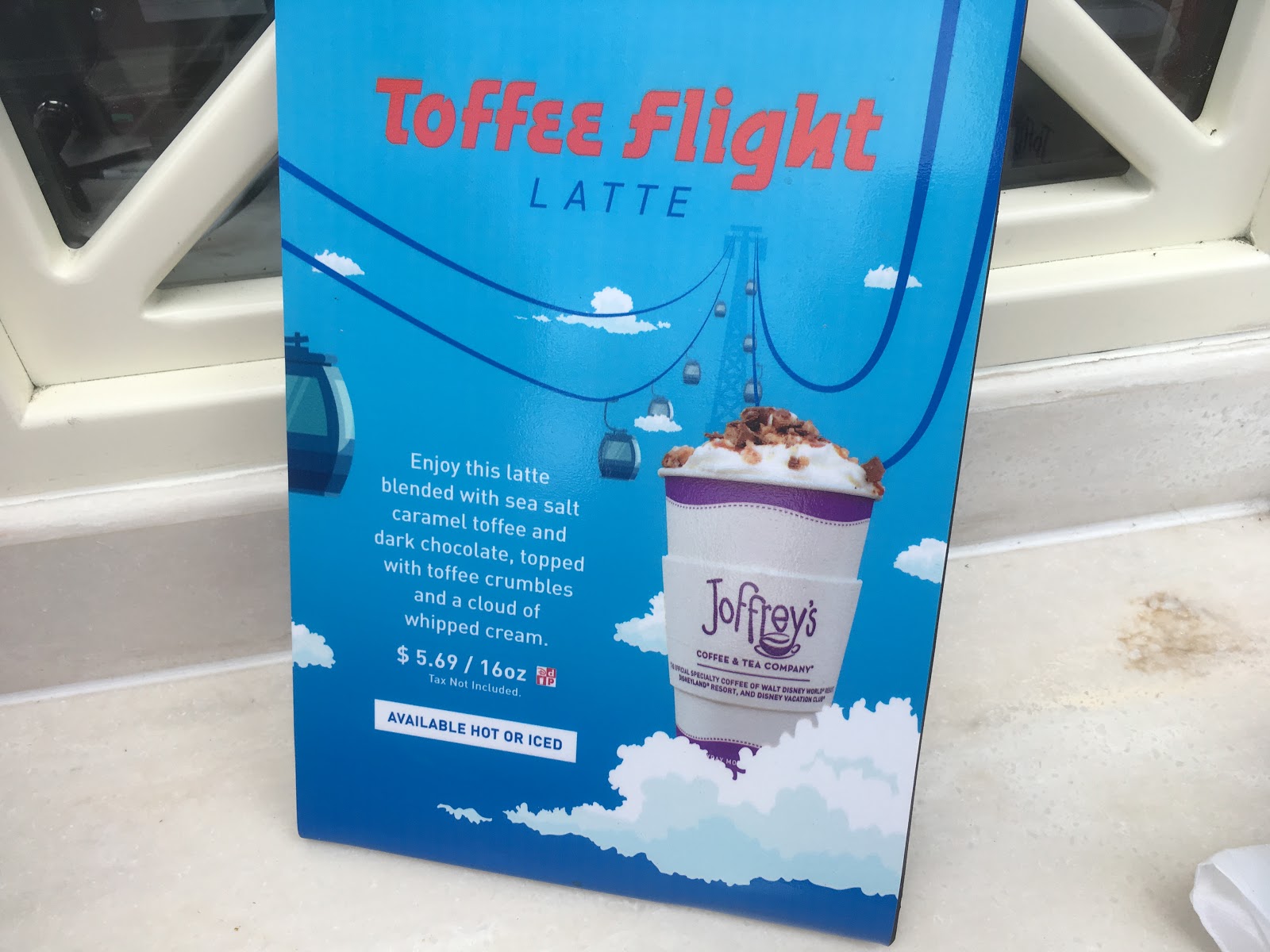 The latte is an espresso based beverage made with whole milk (can sub almond milk), sea salt caramel toffee, dark chocolate syrup, toffee bits, and topped with whipped cream. It’s served iced or hot. We chose hot because Florida just isn’t warm enough for us. So how was it? I love all the elements of this drink and they blend together quite nicely. There was a generous portion of whipped cream on top that was sprinkled with toffee pieces. We should have asked for a spoon to scoop up some of the toffee and whip because, by the time we started sipping, the toffee was sinking into the drink. And because the toffee mixed with the espresso, the chocolate coating melted into the drink. Which at first seemed like a bad thing, but it actually worked really well!

I could detect all of the flavors in the drink with each element having its chance to shine. Overall it’s definitely on the sweet side and didn’t need as much caramel or chocolate for my personal tastes. That said I’d be willing to order it again, this time with almond milk which would likely add a nice roasted touch. 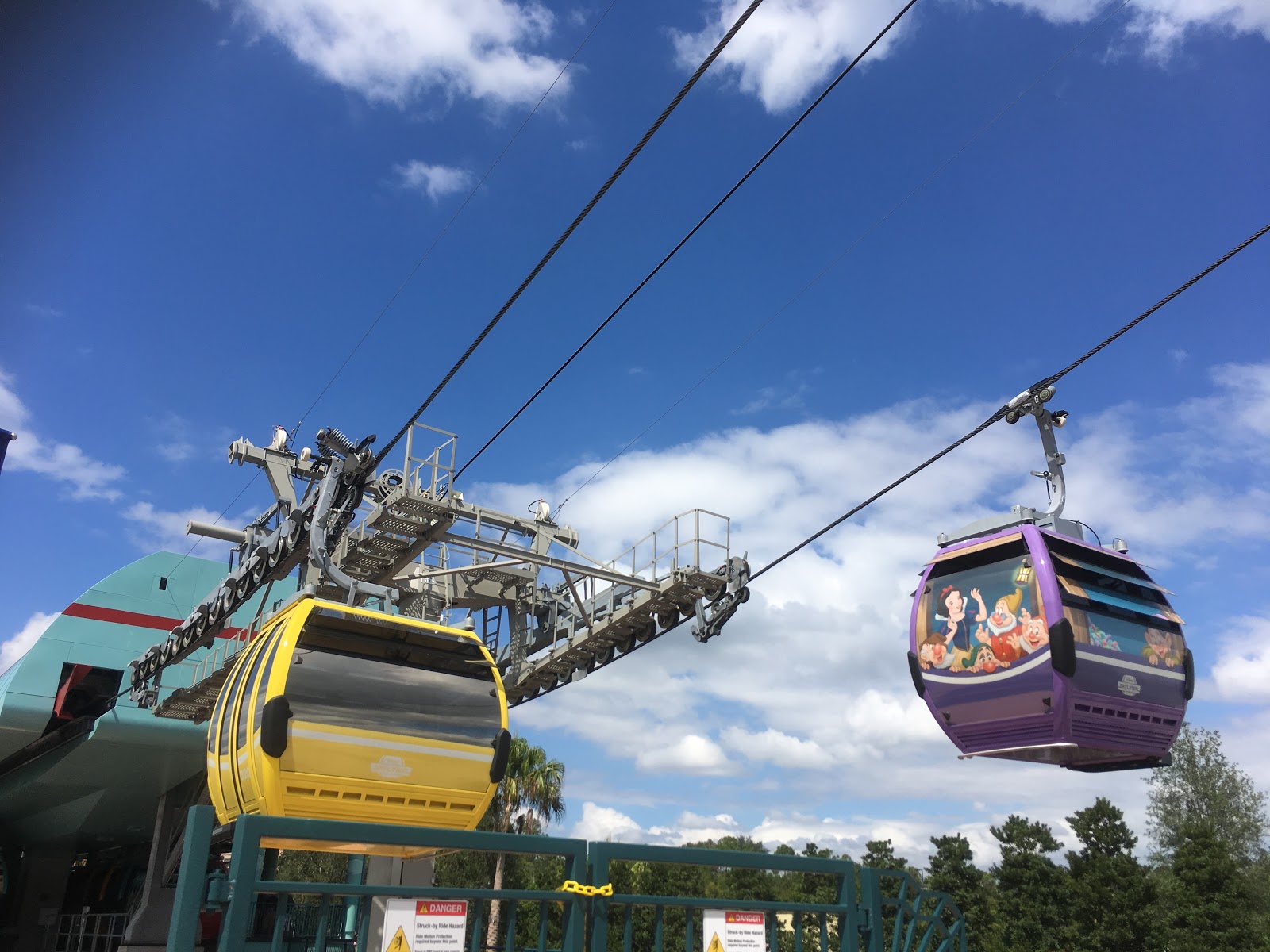 If you’re a latte connoisseur and you’re visiting Walt Disney World, you can’t go wrong with this new fall flavor. Just like the Disney Skyliner, the Toffee Flight Latte will lift your spirits to new heights!

I give Toffee Flight Latte 13 out of 16 ounces.