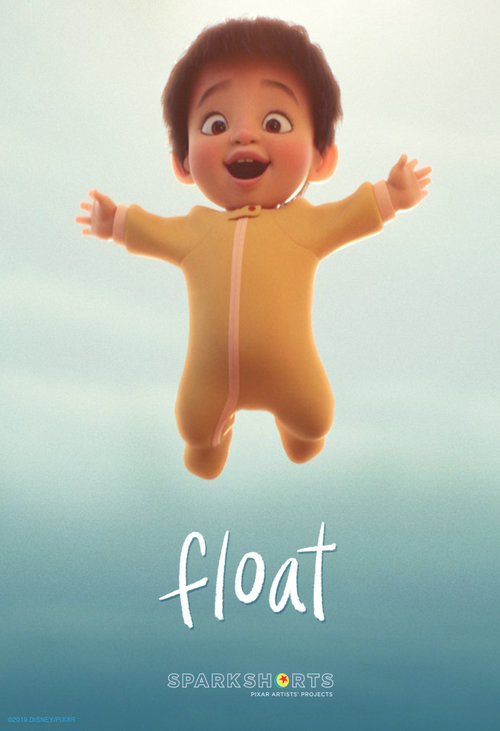 Pixar’s SparkShorts program debuted earlier this year with three direct-to-YouTube shorts. The program continues on November 12th with the launch of Disney+ where three new titles will join Purl, Smash & Grab, and Kitbull. I had the opportunity to see this next wave of SparkShorts early at Disney’s El Capitan Theatre in Hollywood and the first up for review is Float.

A father is playing with his toddler in his front yard when the boy displays the unusual ability to float at will when he’s joyful, his hair standing on end as he gleefully defies gravity. Fearing the thing that makes his son different, the dad hides him away inside until he decides to try venturing into the world again, this time with a plan to change and suppress his son’s gift. His emotions burst in a public park, a defining moment that will bring father and son closer together than ever before.

Float is the rare Pixar SparkShorts film to employ a magical quality, as these shorts are often very grounded in reality. The story, on the other hand, is very much raw and full of human emotion. The film has an on-the-nose message about celebrating the unique qualities of your children and not trying to change what makes them special, even if they stand out too much for it.

The father uses rocks in a backpack to literally weigh his son down. The boys hair would stand on end if he didn’t have a hoodie on so tight that his hair can’t move underneath. The physical personification of the father’s desire for his son to be like everyone else is very poignant.

I imagine a lot of parents will apply the on-screen relationship to their own with their children, particularly parents of kids who stand out or don’t fit society’s mold of what they should be. This can obviously apply to a broad spectrum of situations, be it gender nonconformity, atypical interests, and developmental delays or advancements beyond their same-age peers. Basically, anything that could make your kids a target for scorn or bullying from those outside your family.

Float could’ve been something really special with a longer runtime, but it crams a character evolution that needs time to grow into a span of under 8-minutes. The audience doesn’t get time to process the father’s feelings, which happen in a sudden epiphany, and therefore feel hard to connect with. The talent you expect from the artists at Pixar is on display, but the story could’ve used more gestation time and the release feels premature. 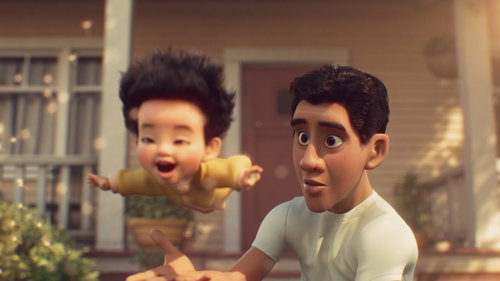 I give Float 3 out of 5 shock-faced onlooking parents.