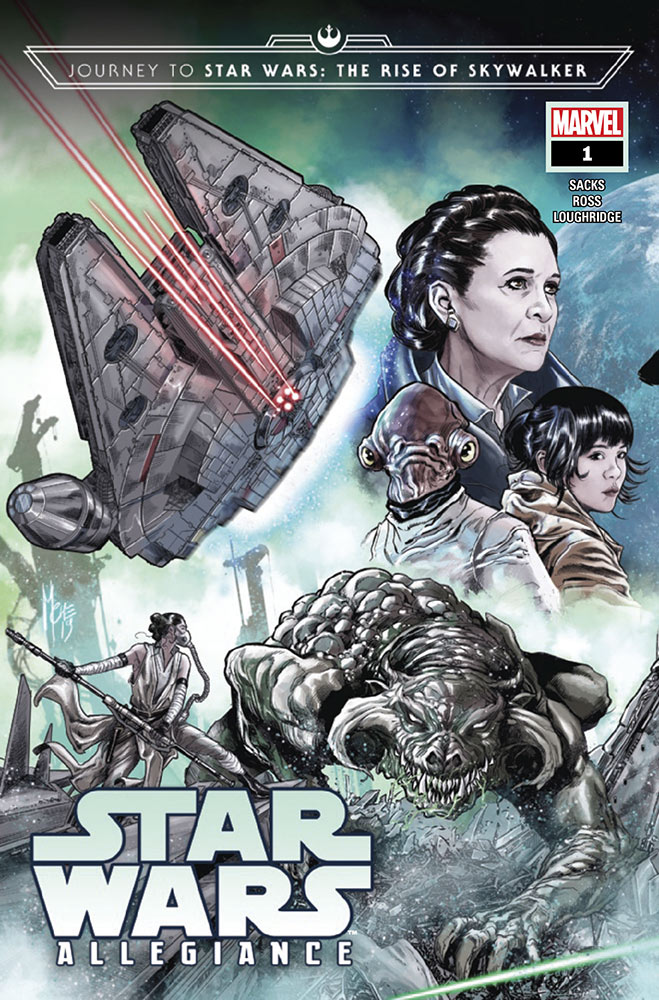 Ever since we saw the end of Star Wars: The Last Jedi, with Rey and friends narrowly escaping the Battle of Crait thanks to the noble sacrifice of Jedi Master Luke Skywalker, fans have been wondering what happens next. We’ll find out on the big screen this winter with the next (and final) episode, Star Wars: The Rise of Skywalker, but those who want to fill in some of the narrative gaps between the two movies can do so with Marvel Comics’ Star Wars: Allegiance miniseries.

Star Wars: Allegiance picks up not long after the events of The Last Jedi, with General Leia Organa and what remains of her Resistance forces hiding out on the garbage planet of Anoat (first mentioned in The Empire Strikes Back). After Leia learns of a devastating First Order attack on a historically neutral world that helped resupply the Resistance after it fled Crait, she determines it is time to become proactive in rebuilding the fleet and taking up the fight once again. 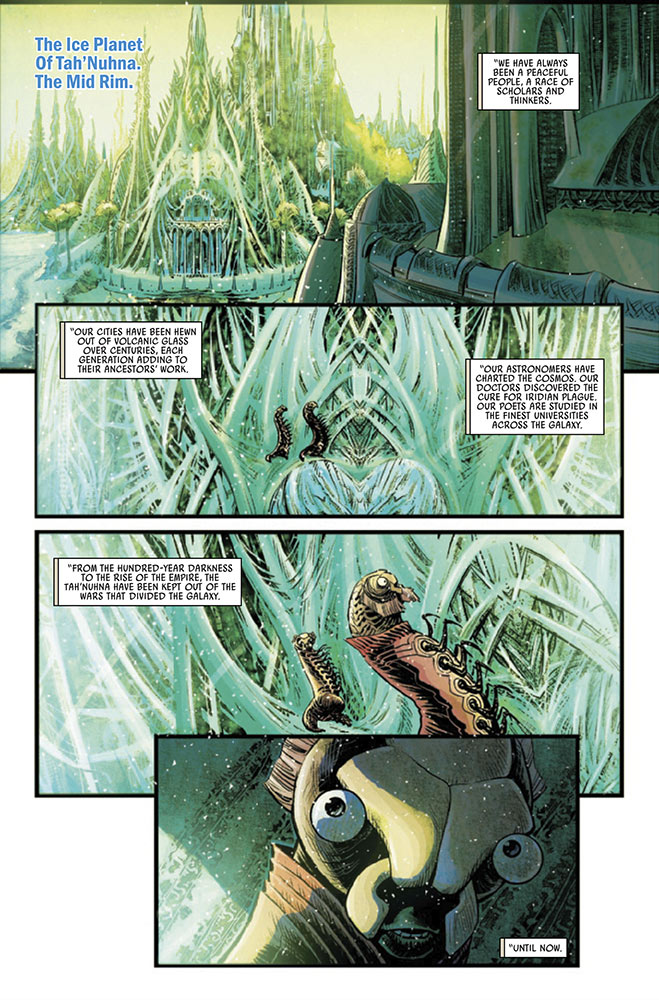 And so Leia, Rose Tico, and Rey take the Millennium Falcon to Mon Cala in the hopes of reassembling old allies. Meanwhile, Finn and Poe Dameron are visiting the Wayward Comet refueling station in search of a cache of weapons the New Republic once confiscated from a band of pirates, which will, as Finn says, “give the Resistance a fighting chance against the First Order.” Along the way they are spotted by the shapeshifting Clawdite Remex Io, who (along with the Kendoh Gang previously featured in Marvel’s Star Wars: Galaxy’s Edge series, which actually takes place after Allegiance) calls in General Hux to claim the bounty on Finn’s head. 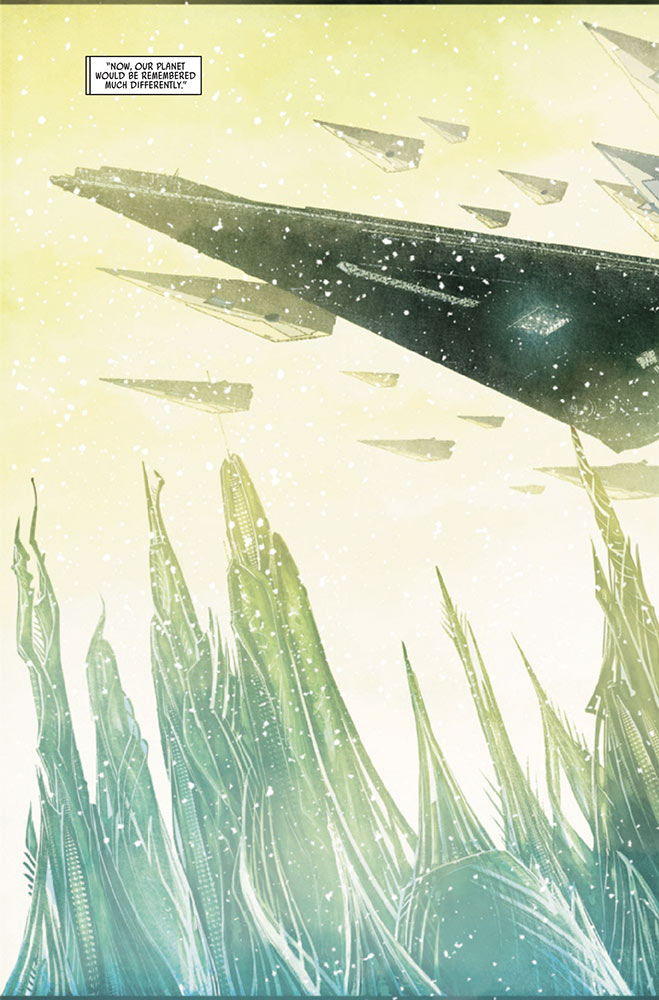 Naturally, Kylo Ren wants to pursue any and all leads in tracking down his arch-enemies in the Resistance, so the gang is given the go-ahead to follow the former First Order stormtrooper. The first issue of Star Wars: Allegiance ends with a cliffhanger when Leia and her companions find that the Quarren and Mon Calamari are not as welcoming to their presence as they had hoped, which makes sense considering the amount of death and destruction previous galactic conflicts have brought to their planet, not to mention the recent death of the beloved Admiral Ackbar. Skillfully written by Ethan Sacks (Old Man Quill, Star Wars: Galaxy’s Edge) and illustrated beautifully by Luke Ross (The Amazing Spider-Man, Star Wars: Thrawn), Star Wars: Allegiance feels energetic and important in a way that last week’s junior novel Star Wars: Spark of the Resistance— also part of Lucasfilm Publishing’s current “Journey to The Rise of Skywalker” multimedia project– did not. Unlike that book’s green rabbit species the Zixon, it seems like a good chance we’ll see the Mon Calamari and/or Quarren pop up again in Episode IX as a result of Leia’s quest presented here. Plus, there’s an interesting tidbit dropped regarding Rey having trouble focusing on the Force, which appears likely to play a part in the movie as well. For those reasons, this is probably a title worth picking up for anyone who wants to get the full Star Wars story.

Star Wars: Allegiance #1 (of 4) is available now wherever comic books are sold.