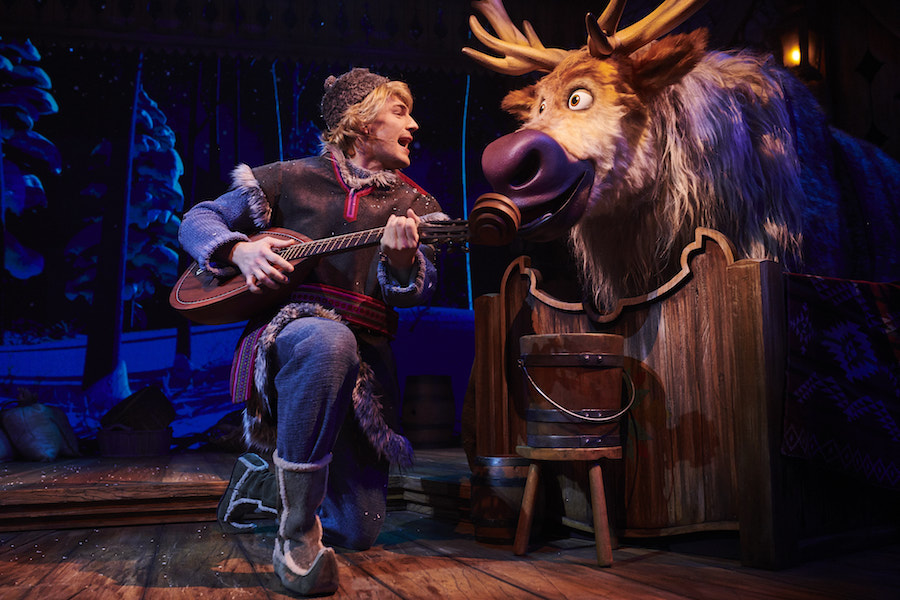 Frozen 2 may have just conquered the box office this past weekend, but the previous week also saw another notable milestone in Frozen history: the new live show “Frozen: A Musical Invitation” debuted in Walt Disney Studios Park at Disneyland Paris, and brought with it some memorable musical moments along with a fantastic Sven puppet!

Join Anna, Elsa, Kristoff, Olaf, and of course Sven on stage in Walt Disney Studios Park’s Animation Celebration building as they perform beloved songs from the original Frozen film such as “Reindeers Are Better Than People,” “Love is an Open Door,” and naturally the chart-topping hit “Let It Go” on two different, impressively detailed sets recreating locations from the globally popular 2013 animated feature.

And last week on the Disney Parks Blog, the company shared a behind-the-scenes look at the new show:

Prior to watching “Frozen: A Musical Invitation,” while waiting in the Animation Celebration lobby, guests can enjoy an interesting exhibit on animation history including displays of Disney’s legendary multiplane camera, zoetropes, shadow puppets, and a magic lantern. Then, as you exit “Frozen: A Musical Invitation,” you can visit with Olaf, who poses for photos with admirers near a Frozen-themed gift shop.

But by far my favorite surprise while stopping by Animation Celebration on last week’s visit to Disneyland Paris was getting to see the Toy Story Zoetrope once again. This jaw-dropping device was previously on display in the Animation building at Disneyland Resort’s Disney California Adventure theme park (ironically removed to make way for a Frozen meet-and-greet area) and showcases familiar Toy Story characters as they cavort around a large spinning cylinder. The animation starts and stops sporadically with pulsing lights, giving viewers a better idea of how stop-motion works. 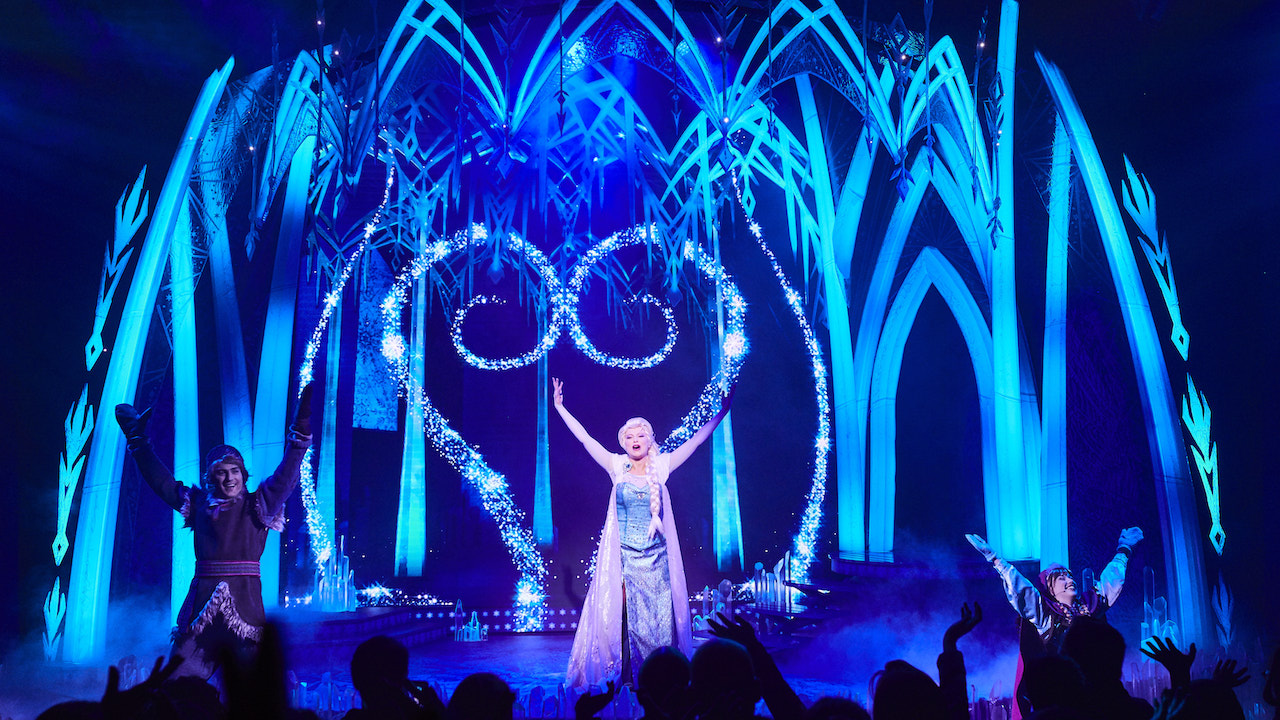 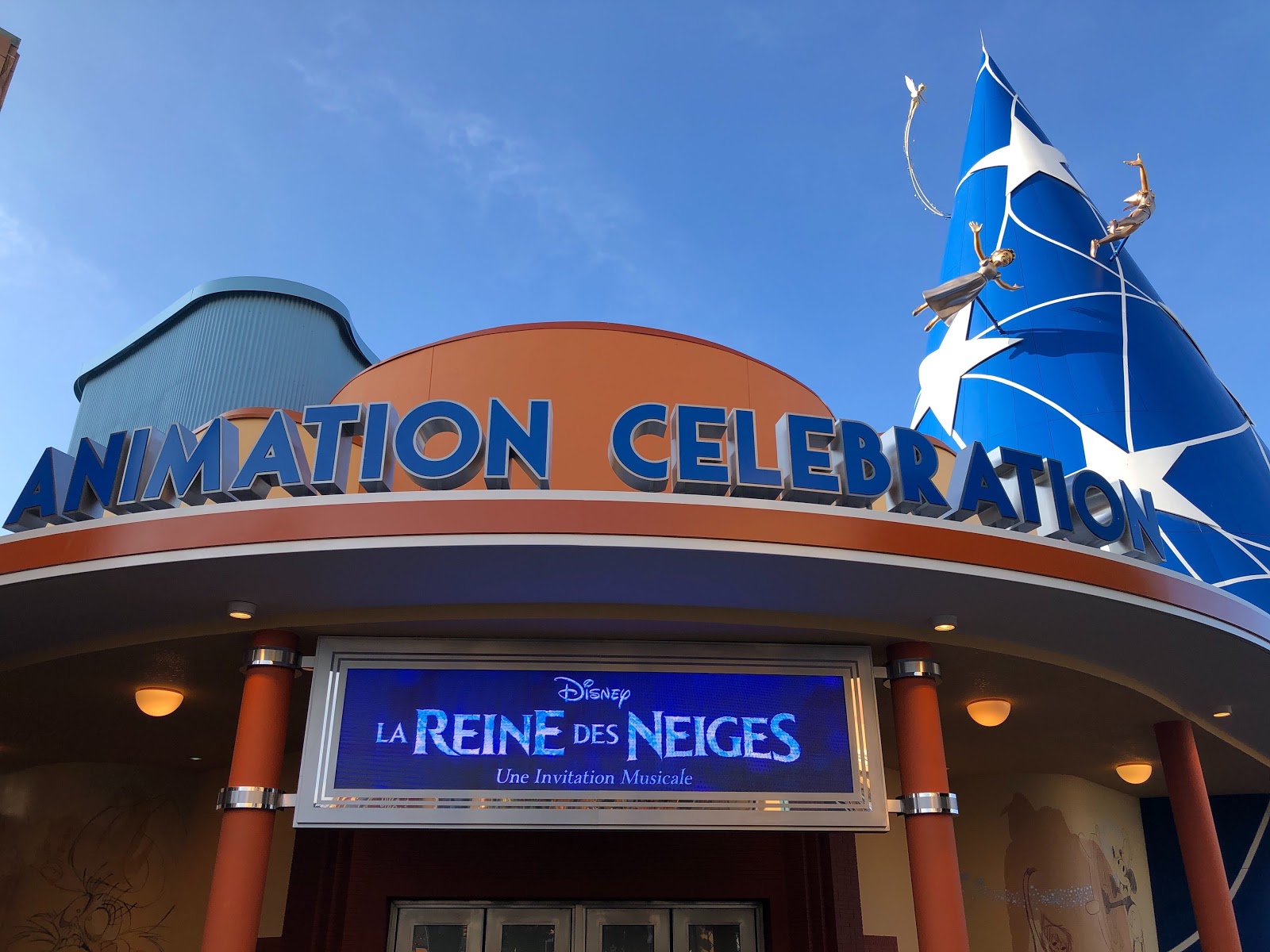 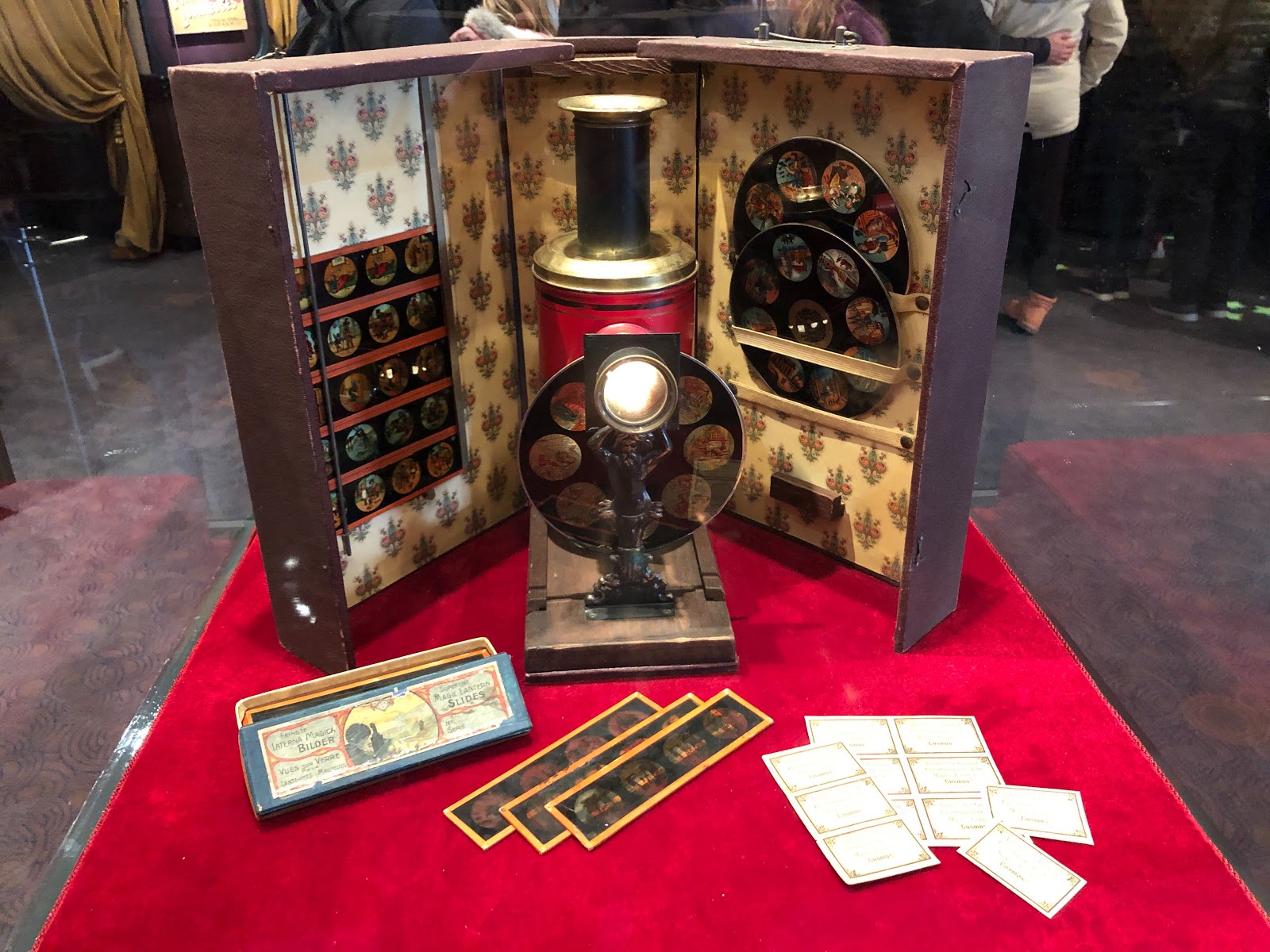