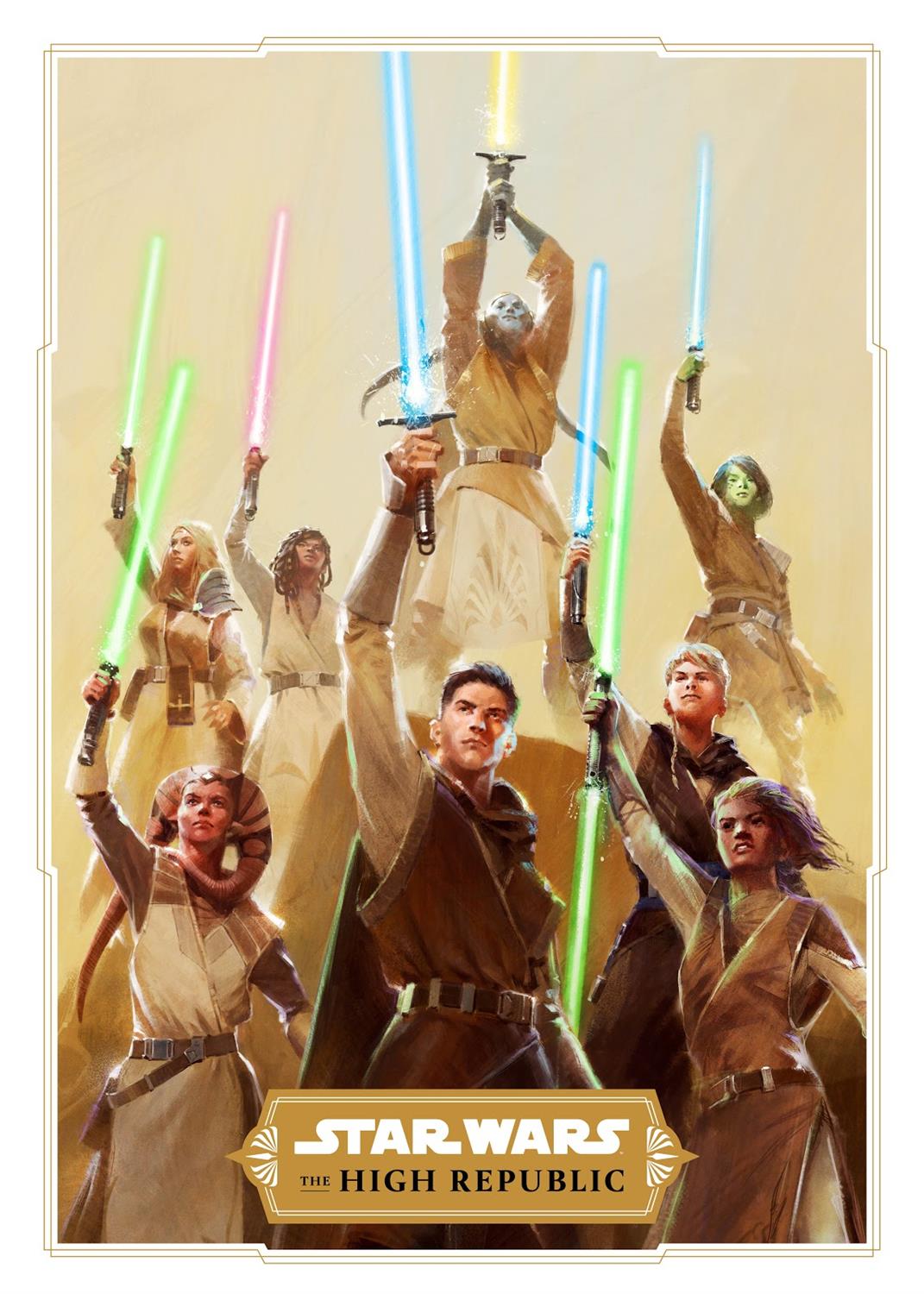 Growing up as a teenager in the 1990s, prior to the release of the prequel trilogy, the only new Star Wars content available for a voracious fan like myself to consume was the occasional video game and a (thankfully) near-constant stream of novels and comic books. In fact, the media that got me into Star Wars as a hard-core devotee was author Timothy Zahn’s Heir to the Empire trilogy, which introduced the pop-culture world to the calculating Grand Admiral Thrawn and continued the adventures of those beloved characters Luke Skywalker, Leia Organa, and Han Solo after the events of Return of the Jedi.

Even in its current form under new owner The Walt Disney Company, Lucasfilm knows how important its print arm is, as Senior Vice President of Disney Publishing Tonya Agurto stated at the beginning of Monday evening’s “Project Luminous” reveal event: “Now that the Skywalker Saga has concluded, I’m happy to say that publishing will once again be at the forefront of Star Wars storytelling.”

I was fortunate enough to be in the audience at Monday’s presentation and panel for Project Luminous, which was immediately revealed to be the codename for Star Wars: The High Republic, an interconnected series of novels and comics that take place two hundred years before Star Wars: Episode I – The Phantom Menace, currently one of the earliest-set stories in the larger Star Wars timeline. The High Republic will introduce an almost entirely new cast of characters (I say “almost” because attentive fans are already pretty sure Jedi Master Yoda is going to show up, among a few other long-lived familiar faces) who exist in an era of relative peace and prosperity for the galaxy. “Before the dark times,” as Obi-Wan Kenobi would say. 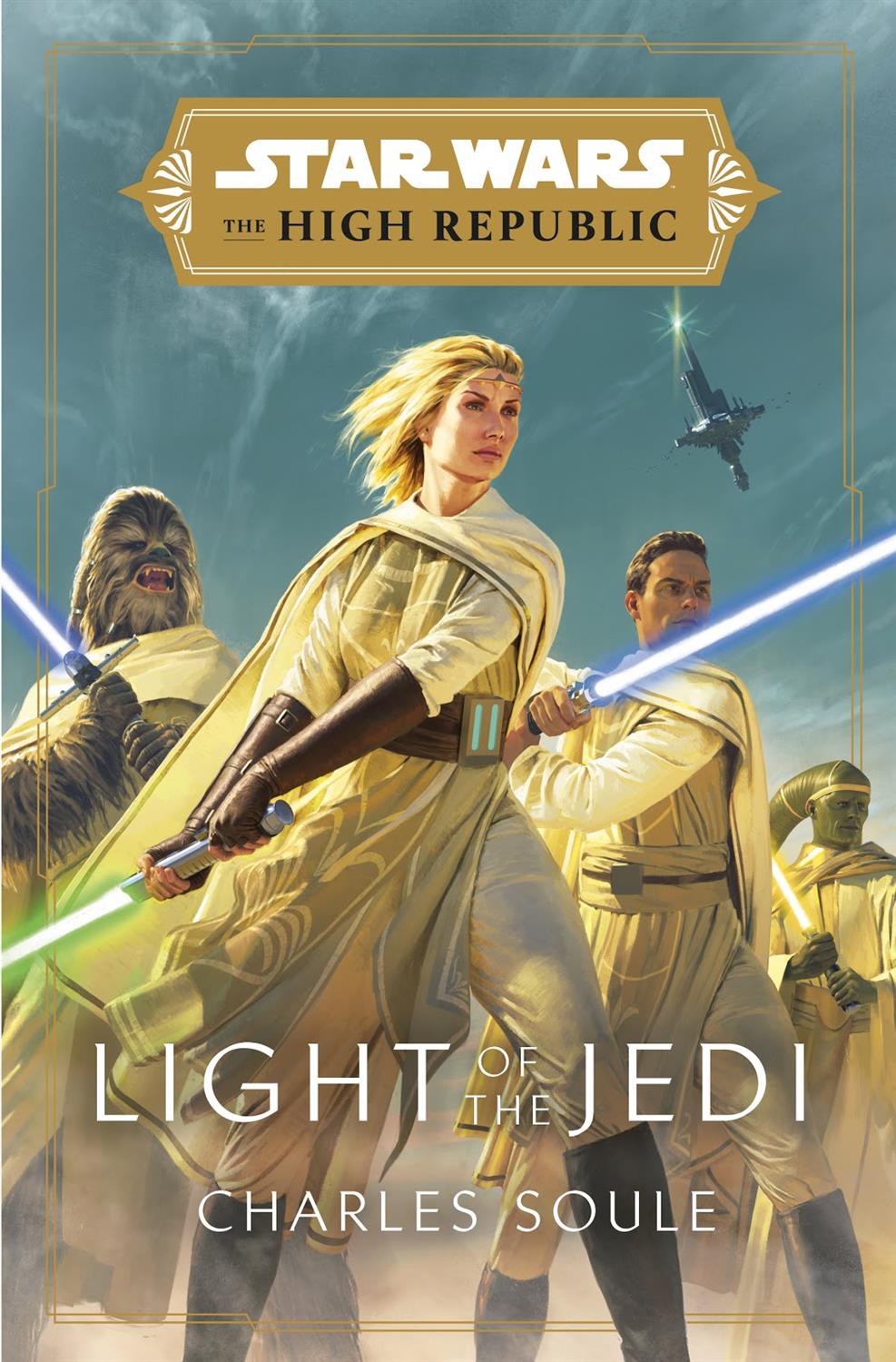 Star Wars: The High Republic will launch on Tuesday, August 25– just a couple days before the beginning of Star Wars Celebration 2020 in Anaheim– with its first installment: the novel Light of the Jedi by author Charles Soule, the man responsible for the current excellent run of Marvel Comics’ main Star Wars title. I am an unabashed cheerleader of Soule’s work, so I couldn’t be more excited to get my hands on this introduction to The High Republic’s narrative experience. But Soule definitely isn’t the only writer contributing to this multi-pronged initiative. In fact, a number of authors convened with the Lucasfilm Story Group and other developmental minds to come up with the overarching plan for Project Luminous a couple years back at the George Lucas-founded Skywalker Ranch in Northern California.

I am all for the idea of a focused effort from a proficient collective to explore a fresh time period of Star Wars, especially one that hasn’t been touched upon in either the new canon or old. Sure, we had the Tales of the Jedi comic books from Dark Horse and the Knights of the Old Republic video game series from BioWare, but those were both set thousands of years before the Skywalker Saga, and The High Republic takes place within relatively close reach of Episodes I-IX. Think of the Industrial Revolution in the 1820s as opposed to the far more agrarian 20th Century B.C.– I can’t imagine too much will be superficially different on the city-planet of Coruscant, where the Jedi Temple is located, a mere couple centuries prior to the rise of Emperor Palpatine. 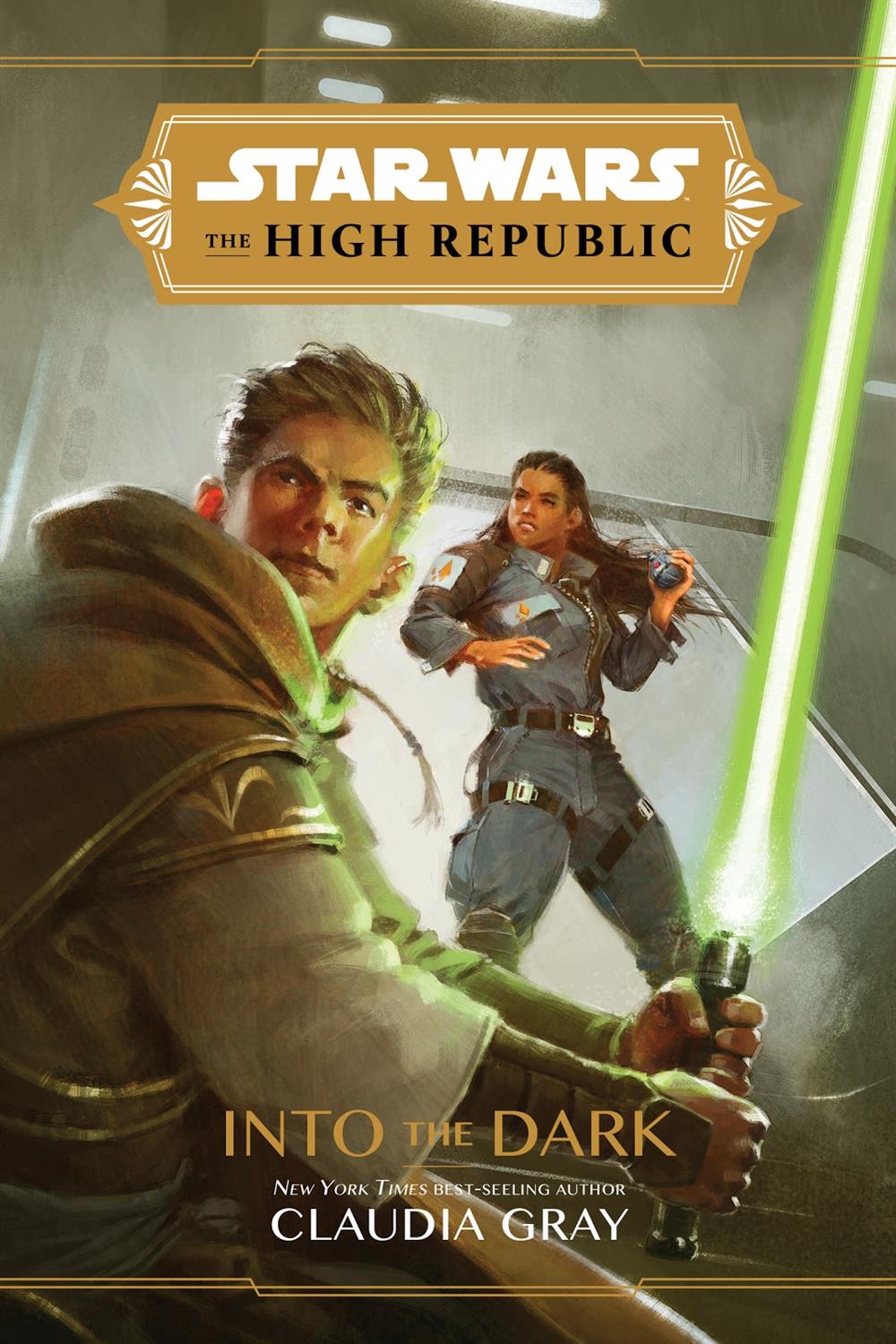 But the best thing The High Republic has going for it is undoubtedly its talent pool. Joining Charles Soule in creating another novel for Phase 1 is Claudia Gray (author of the acclaimed Star Wars: Lost Stars, Star Wars: Bloodline, Star Wars: Leia, Princess of Alderaan, and Star Wars: Master and Apprentice), whose young-adult-level Into the Dark will introduce a new adventure-loving Padawan and even a ship captain character inspired by languorous actor Matthew McConaughey. Gray has proven time and again that she knows her way around the Star Wars universe, and is absolutely capable of delivering the emotional punch and high-flying action required to make this franchise sing. 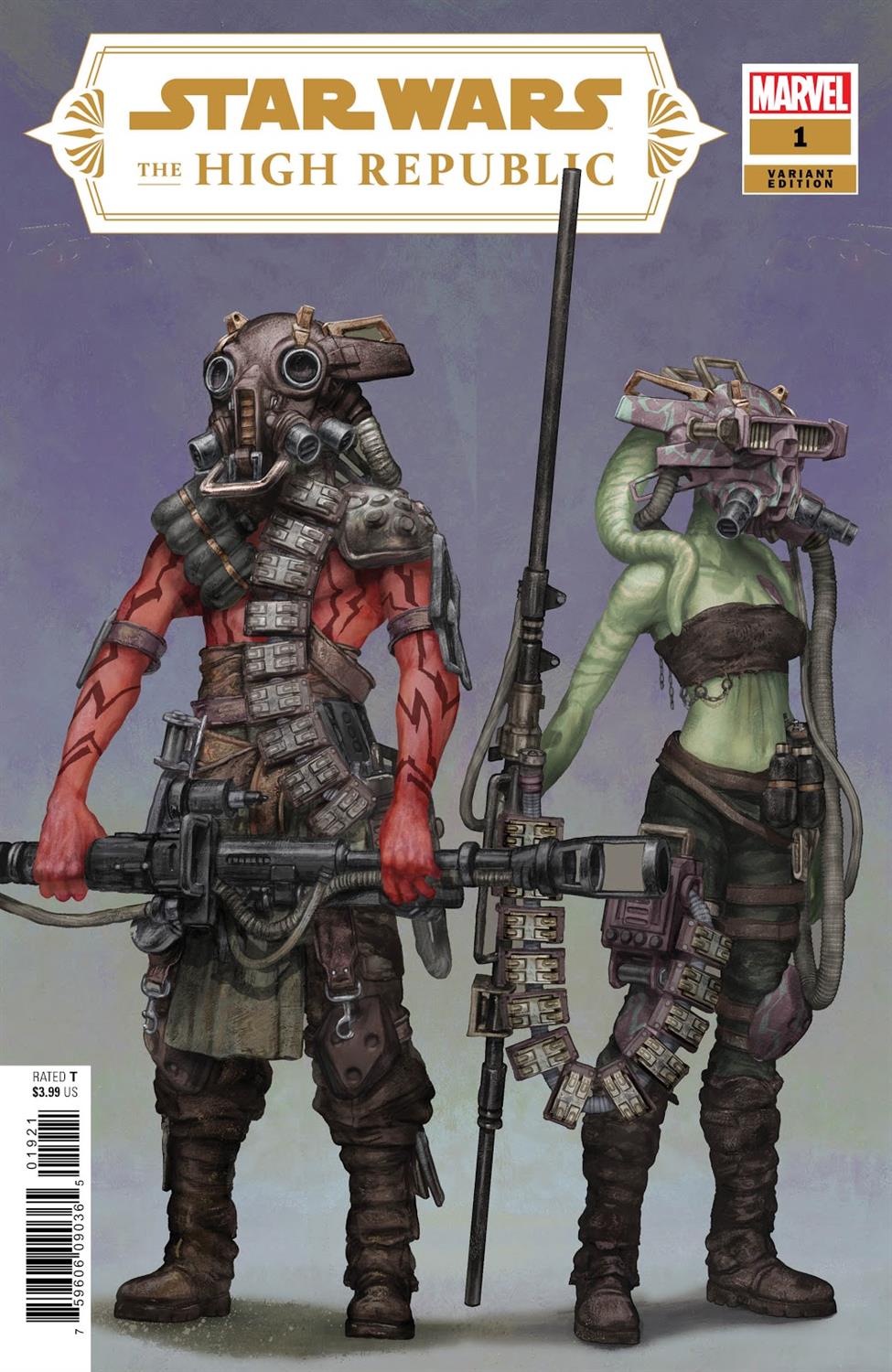 Writer Cavan Scott will be taking the reins of the Star Wars: The High Republic comic series from Marvel, and his recent audioplay (and printed script) Dooku: Jedi Lost established him as another scribe with a firm grasp of the Star Wars essentials. Other creators involved include Justina Ireland (Star Wars: Lando’s Luck), who will pen the middle-grade book A Test of Courage and Daniel José Older (Star Wars: Last Shot), the man in charge of IDW’s younger-targeted Star Wars: The High Republic Adventures comic book. 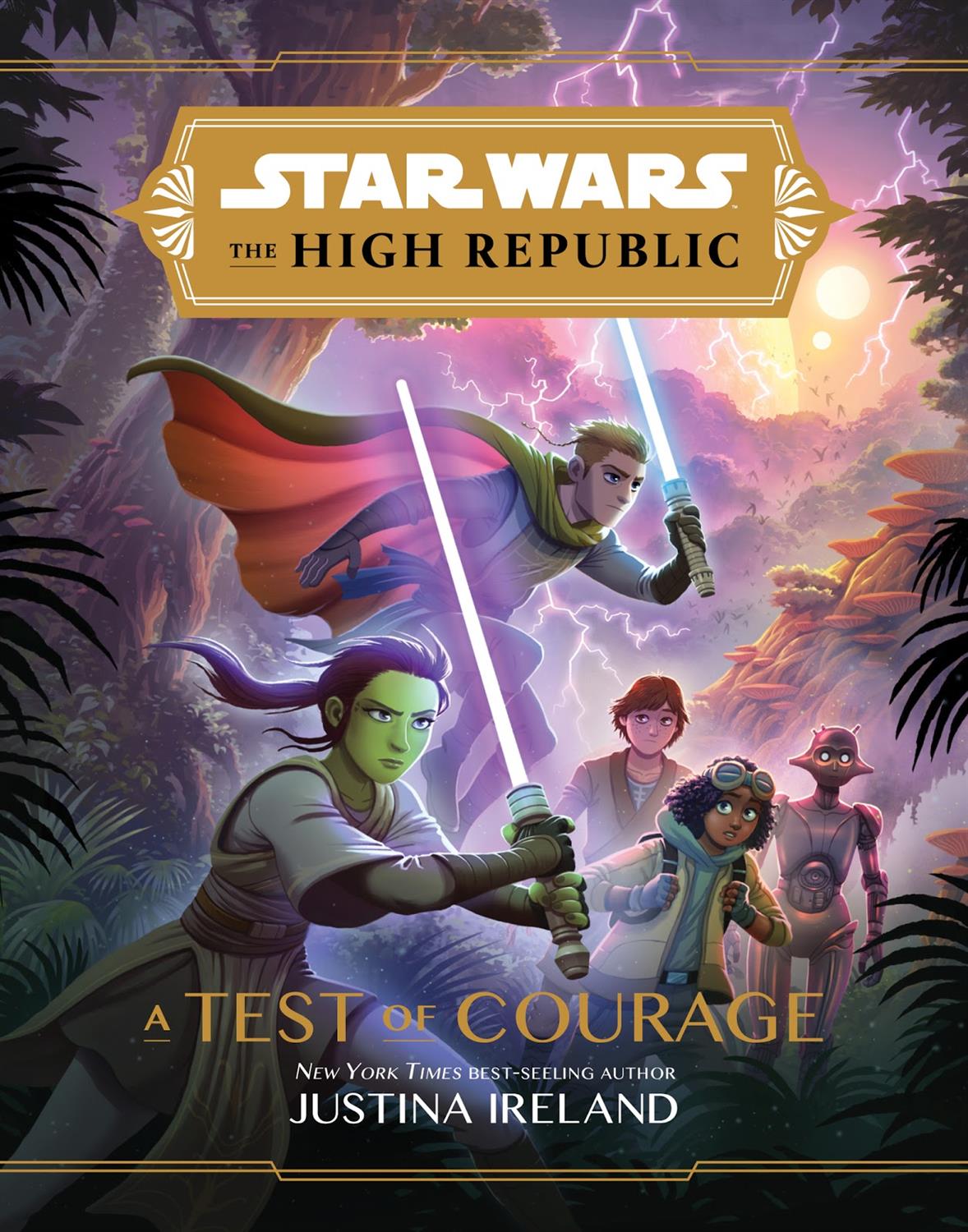 We don’t know too much about the specific plot of Star Wars: The High Republic, though we were introduced to some of its characters and locations. For example, the evening’s proceedings confirmed that a key crux of the narrative would revolve around the Starlight Beacon, sort of a big space lighthouse, the existence of which was recently teased in an issue of Marvel’s Star Wars. In fact, the High Republic has been coming up quite a bit in the recent comics, and now we know why. Beyond the Jedi Knights of this era, we’ll also meet the smugglers, scoundrels, and bounty hunters who existed among them. That revelation assuages one of my only concerns about The High Republic— namely that I’ve never found the Jedi terribly interesting on their own, and have always preferred them as a near-extinct myth rather than an omnipresent force in the galaxy, no pun intended. I told Charles Soule about this apprehension after the presentation, and he reassured me that the minds behind this project found a way to relate compelling stories that couldn’t be told without having the Jedi existing in their prime. I am certainly willing and eager to be won over on that topic when the books start hitting shelves this summer. 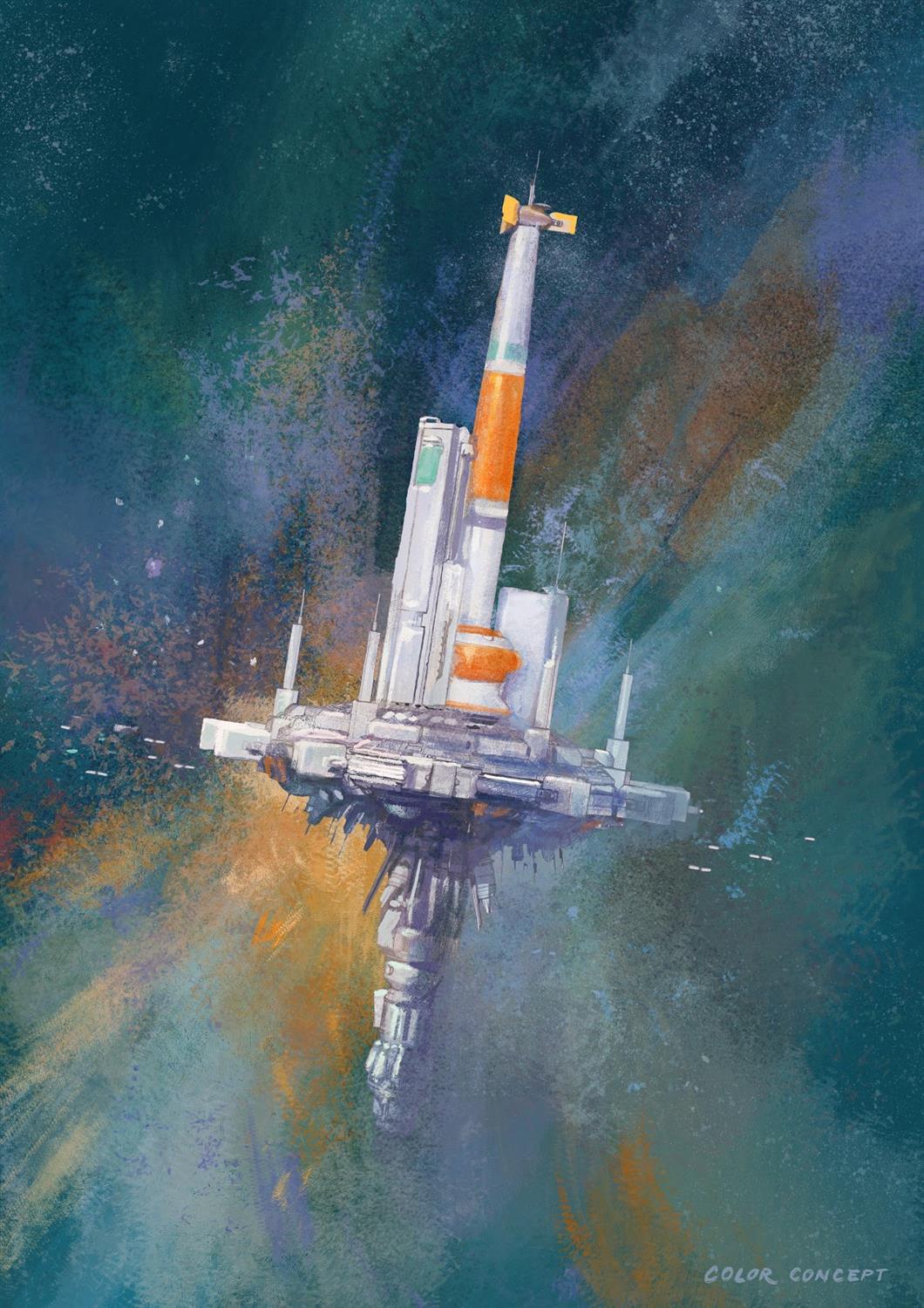 Overall, though, the strategy behind Star Wars: The High Republic mostly reminds me of Shadows of the Empire, the multimedia Expanded Universe undertaking that sought to fill in the gaps between The Empire Strikes Back and Return of the Jedi in the mid-90s, similar to what Marvel Comics is doing now in the rebooted canon. I think it’s great that readers will have the choice of just how much of the output they want to consume, and maybe kids who pick up the youth-oriented material will find themselves growing into the more mature stories over time. Like Agurto said of The High Republic on Monday evening, “We hope that it will bring in a new generation of fans, but also appeal to those of us who became acquainted with the franchise A Long Time Ago in A Galaxy Far, Far Away.” 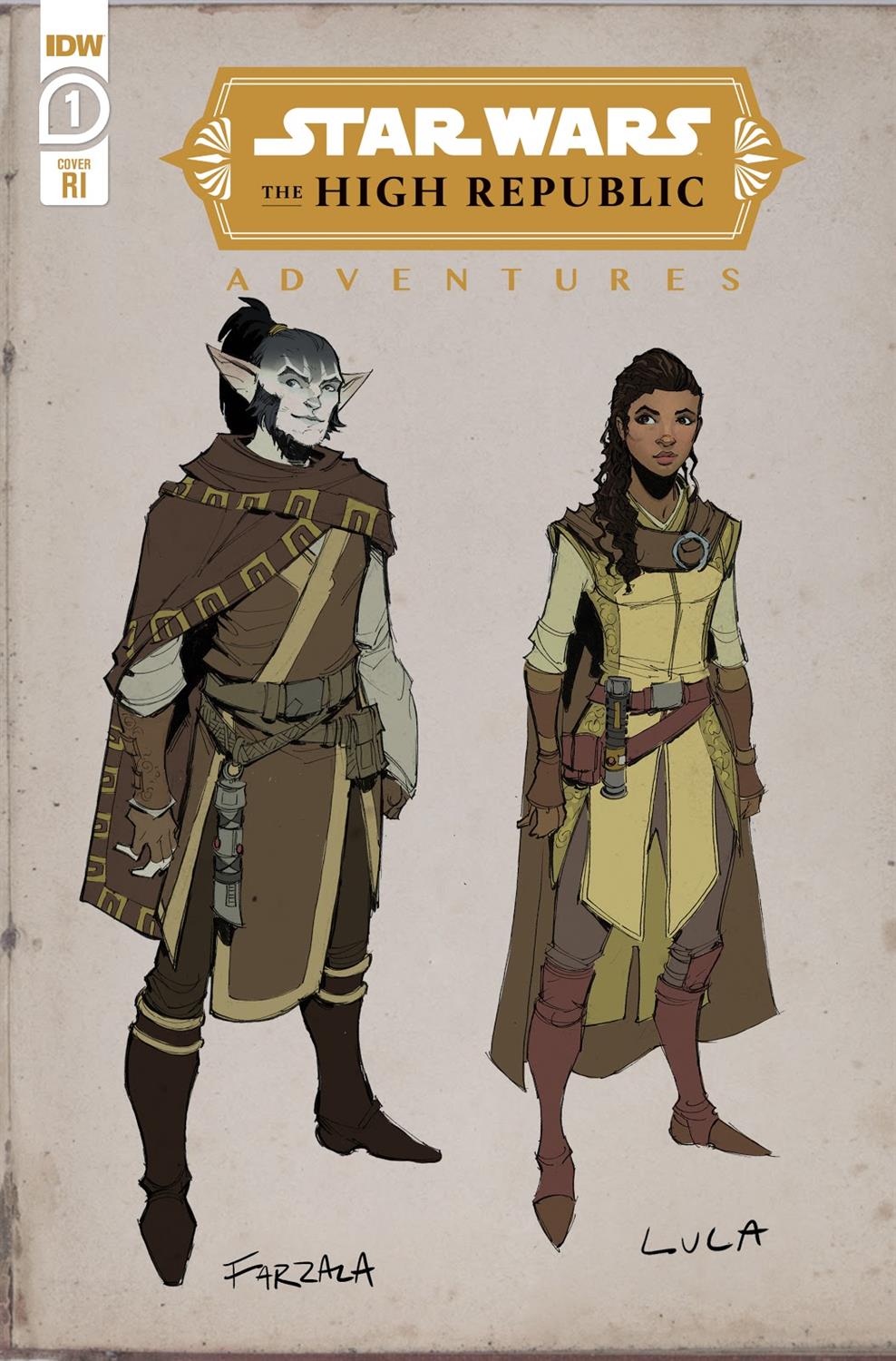 Star Wars: The High Republic launches on August 25 with Charles Soule’s Light of the Jedi.