UPDATE 4/1/2020: Lucasfilm has revealed additional specific details about the John Williams Easter Egg scene in a new episode of The Star Wars Show Presents Mad’s Props with host AJ Camarillo on the official Star Wars YouTube channel. During Camarillo’s interview with Lucasfilm Archivist Madlyn Burkert, the two entertainment industry professionals show off some amazing-looking props from Star Wars: The Rise of Skywalker, including an up-close look at a table full of the items from the John Williams scene.

They also list off some more individual references from the props that weren’t revealed in The Skywalker Legacy documentary, such as the Time Turner from Harry Potter and the Prisoner of Azkaban, magic wands from Harry Potter and the Sorcerer’s Stone, a fiddle from Fiddler on the Roof, a reel-to-reel tape recorder from Nixon, TWA pilot wings from Catch Me If You Can, and– my personal favorite– the Sankara Stones from Indiana Jones and the Temple of Doom. There are a handful of other items on the table that are not identified, but it would be interesting to hear some guesses as to what they are meant to represent: 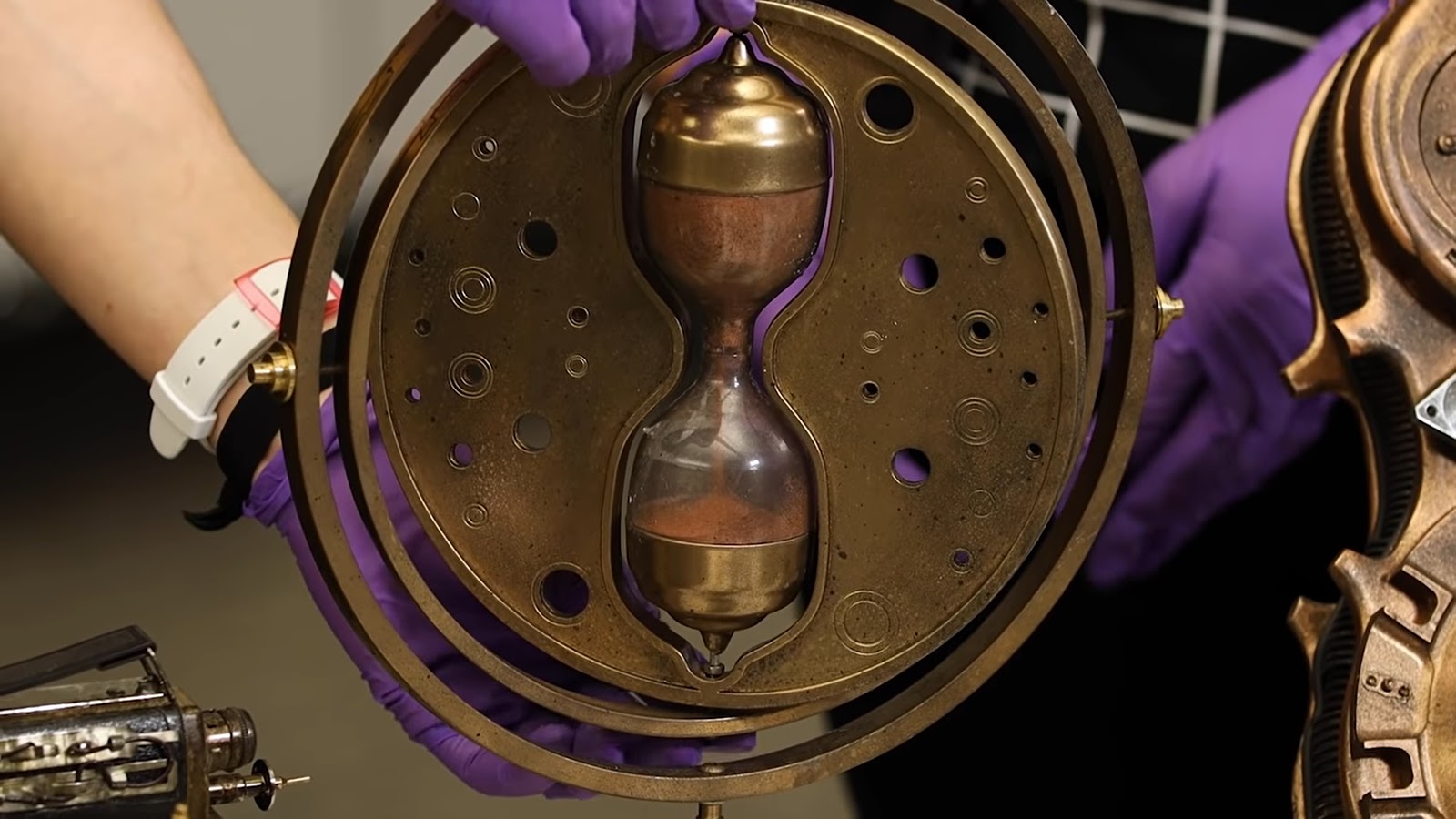 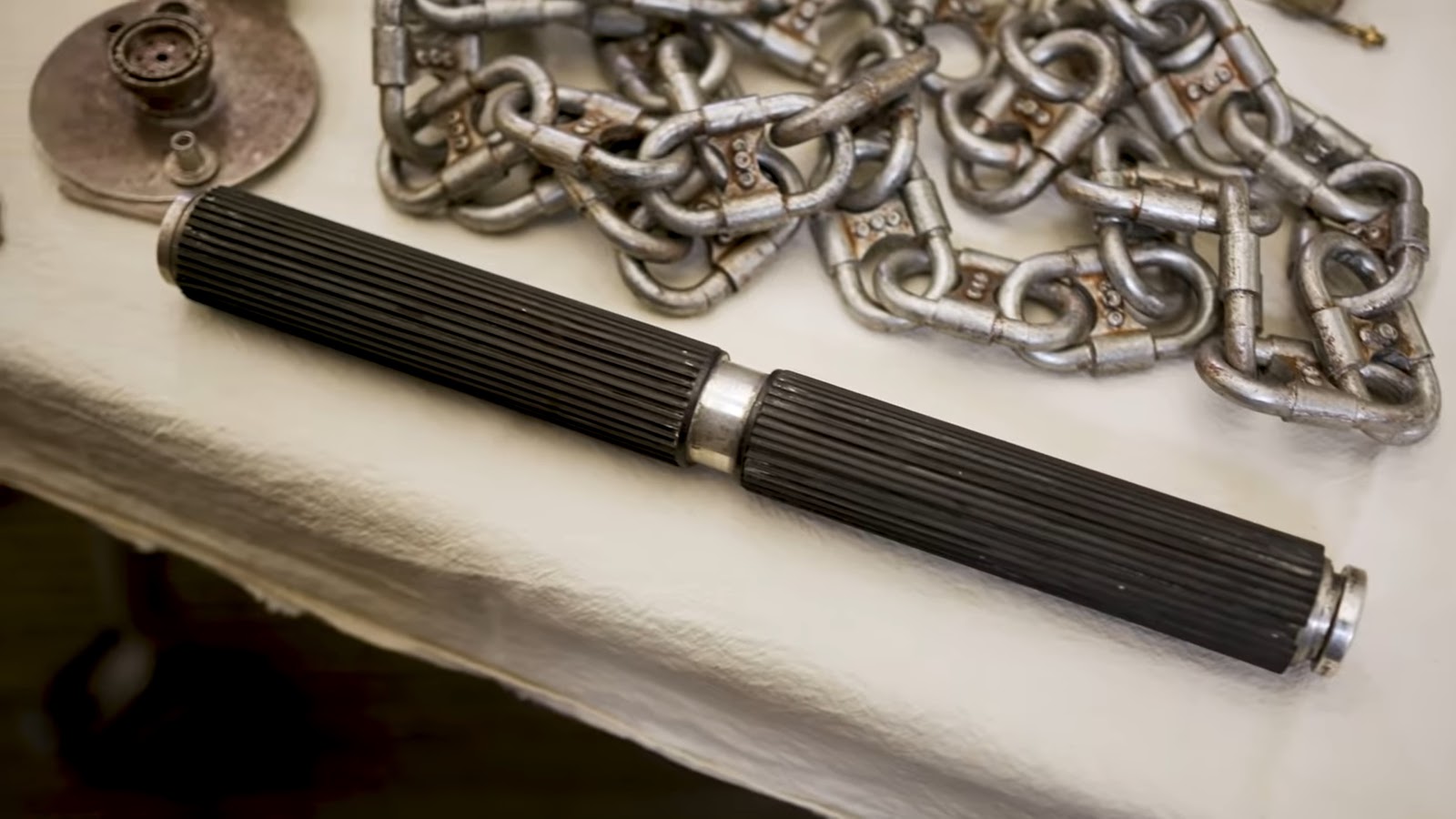 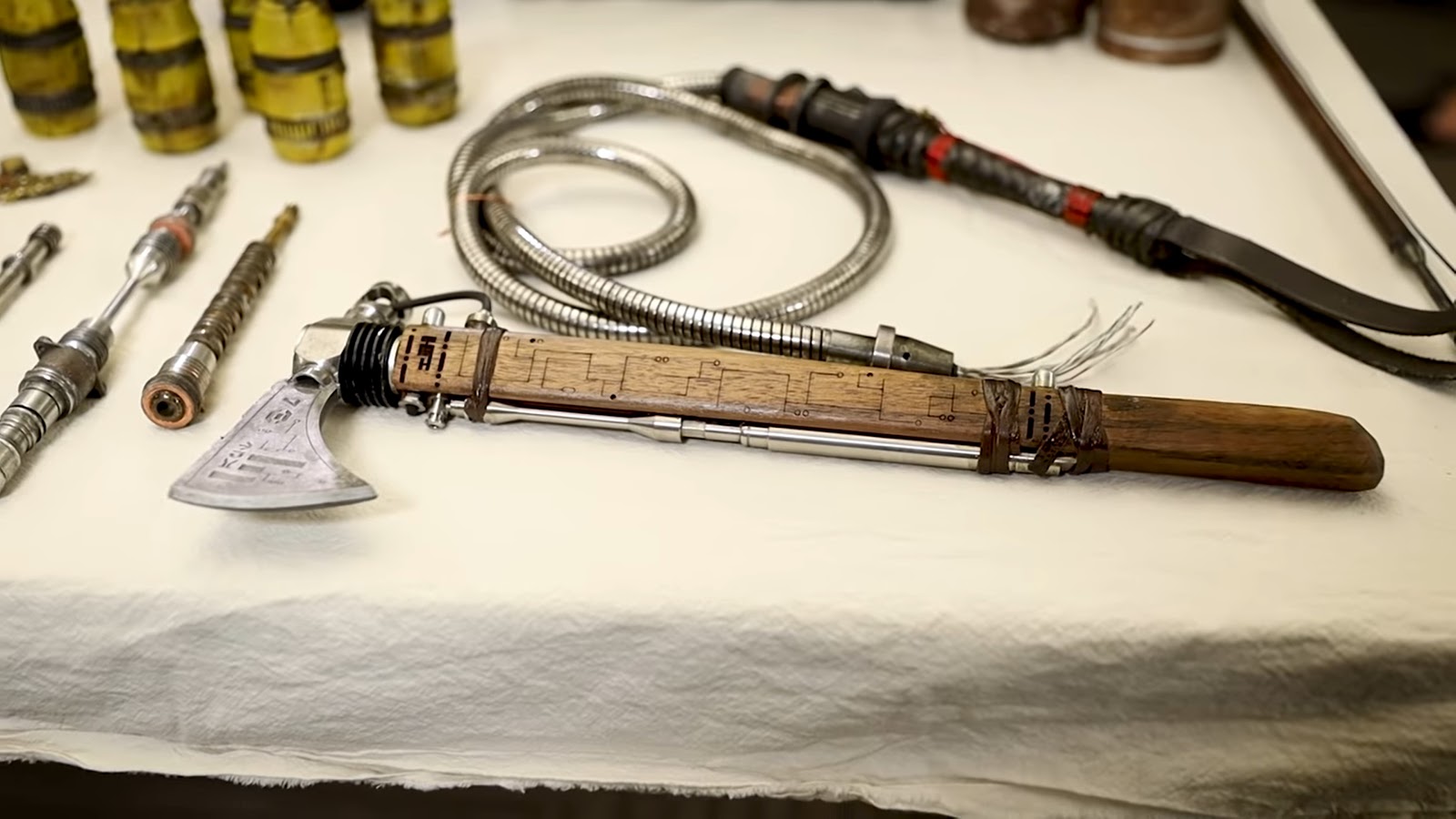 For the full previously reported story, see below:

As any keen-eyed Star Wars fan knows, the maestro himself John Williams (composer of the iconic orchestral scores for all nine Skywalker Saga feature films) had a single-shot cameo appearance in Star Wars: The Rise of Skywalker, which was directed by J.J. Abrams and hit theaters this past December.

While it was certainly cool enough to finally see this legend on screen after hearing his unmistakable genius in the form of Star Wars music over more than four decades, the absolutely mind-blowing thing about this Easter Egg is that it actually contains 51 additional Easter Eggs referencing John Williams’ historic career. That’s right– according to the new feature-length documentary The Skywalker Legacy (now available thanks to The Rise of Skywalker’s early digital release), every item on the shelves behind Mr. Williams in his scene is a nod to one of the films for which he was nominated for an Academy Award. 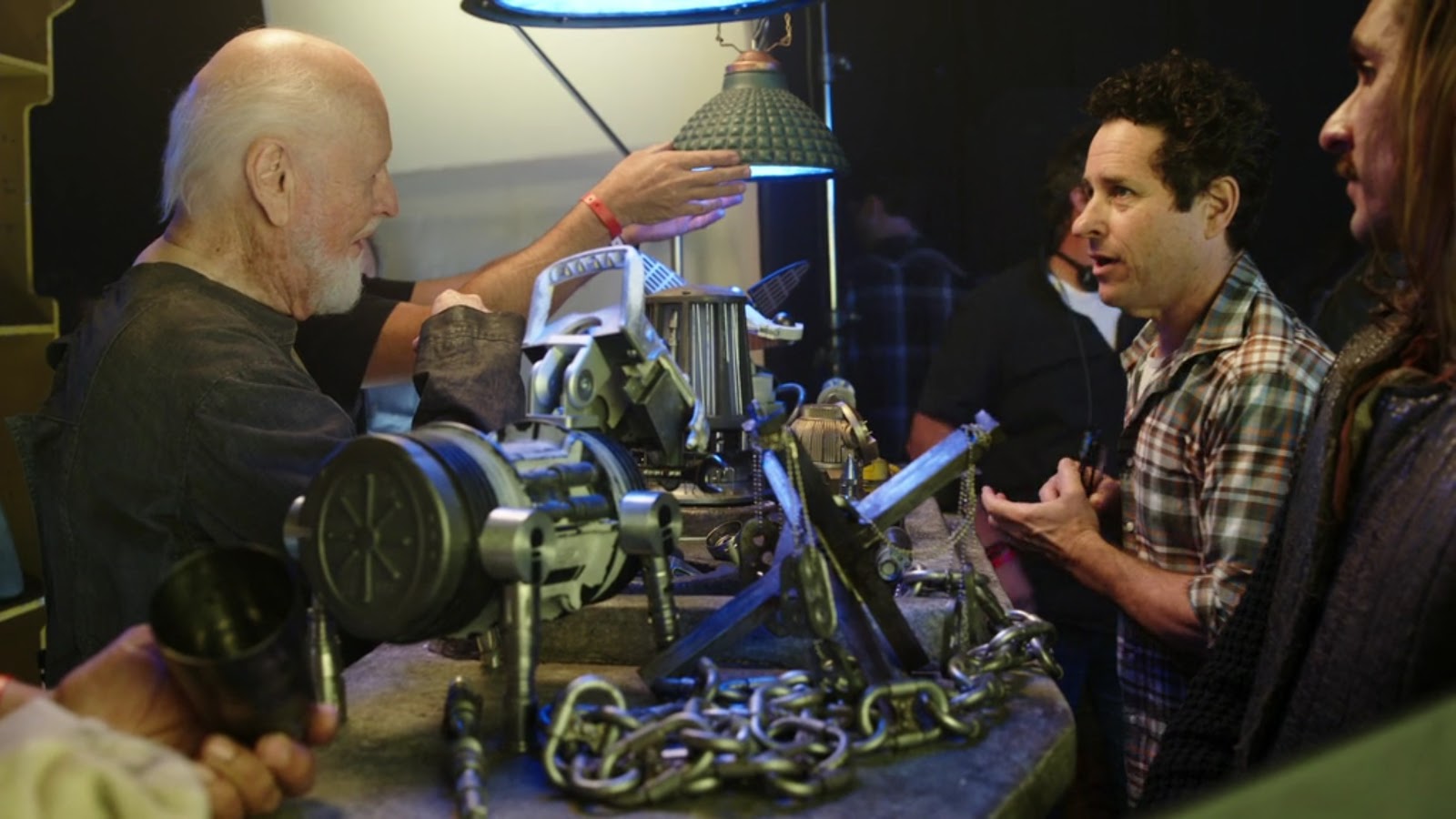 Confused? Let’s get specific. At the time of filming Star Wars: The Rise of Skywalker, John Williams had been nominated for 51 Academy Awards across his storied career (second only to Walt Disney, who topped out at 59). As a tribute to this monumental achievement, J.J. Abrams and The Rise of Skywalker’s production design team decided to include Easter Egg references to all 51 of those nominations on the shelves behind John Williams’ character– who happened to be named Oma Tres, an anagram for the word “maestro.” Individual references pointed out in The Skywalker Legacy documentary include Captain Hook’s hook from Hook, the yellow barrels from Jaws, E.T.’s spaceship, a czech hedgehog and dog tags from Saving Private Ryan, a corncob pipe from Tom Sawyer, a book from The Book Thief (monogrammed with John Williams’ initials in the Star Wars language Aurebesh), Indiana Jones’ whip, and the iron from Home Alone. Can you spot the others in the movie or in the documentary footage? 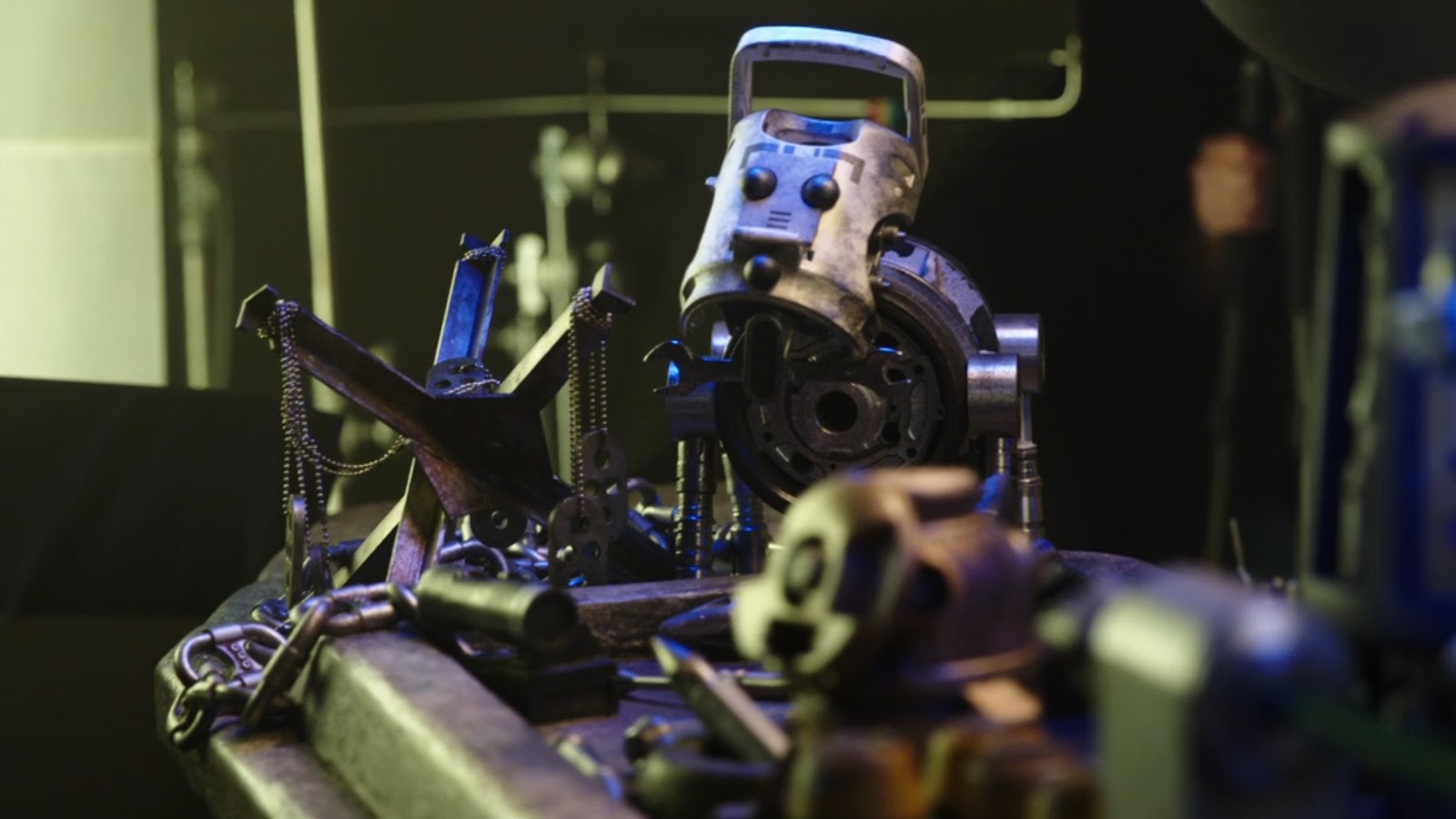 The 51 Academy Award nominations John Williams had received as a composer by the time of filming Star Wars: The Rise of Skywalker are as follows:

Of course, Star Wars: The Rise of Skywalker was also nominated for Best Original Score this year, bringing Mr. Williams’ total to 52… and counting. 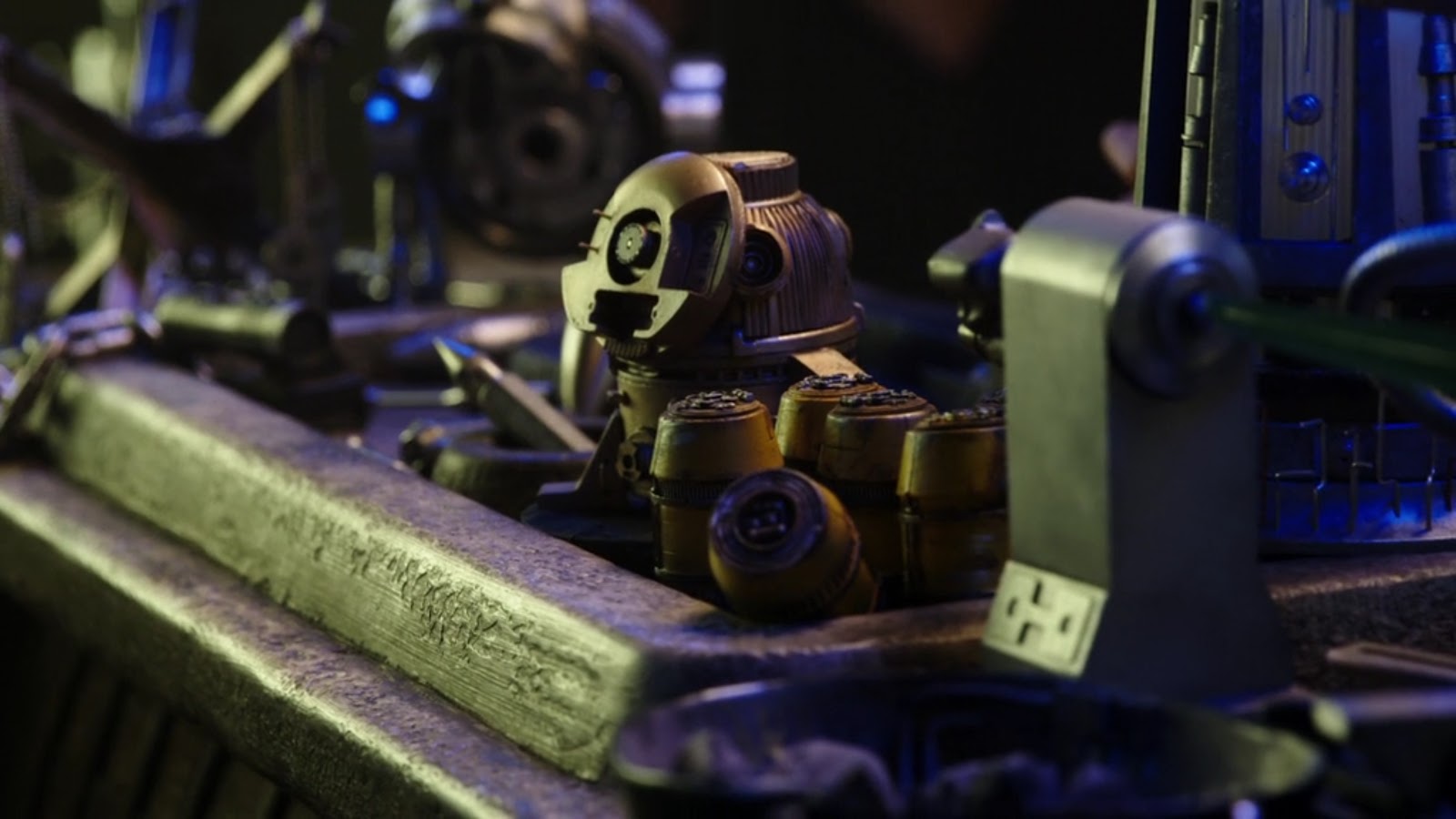 Star Wars: The Rise of Skywalker and its bonus feature The Skywalker Legacy are now available for at-home viewing on Blu-ray, DVD, and digital platforms.