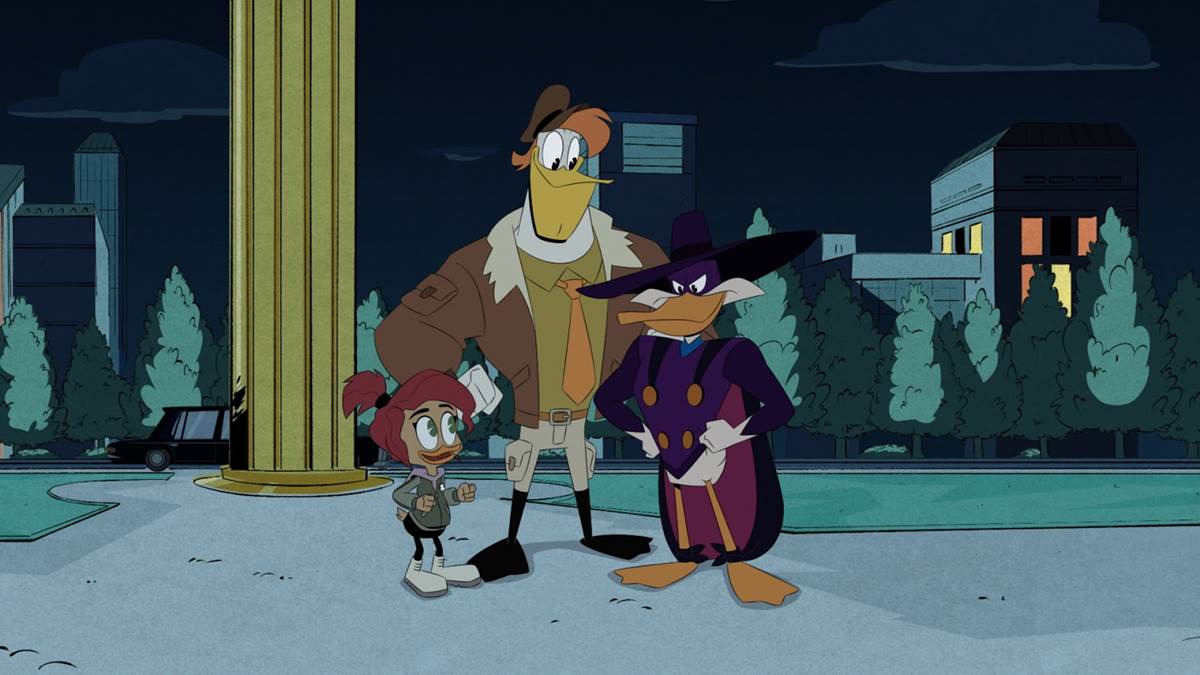 When the acclaimed DuckTales reboot launched on Disney XD in the summer of 2017, fans had a feeling it was only a matter of time before its Disney Afternoon sister series Darkwing Duck returned to the airwaves as well, in some form or another. It would have been impossible to predict at that time, however, just how exactly Drake Mallard would reunite with his crime-fighting compatriots on the small screen this time around.

It turns out DuckTales re-envisioned the persona of Darkwing Duck (originally voiced by Jim Cummings of Winnie the Pooh fame) in the most suitably meta way possible: by having him exist first as a fictional TV character beloved by Launchpad McQuack (Beck Bennett), then as the star of a movie being produced by Scrooge McDuck (David Tennant), and now, finally, as his own flesh-and-feathers Duck-universe self, voiced by Chris Diamantopoulos of Disney Channel’s recent successful Mickey Mouse animated shorts.

In this week’s double-length episode of DuckTales— entitled “Let’s Get Dangerous!” as a reference to DW’s most famous catchphrase– Scrooge and nephews Huey, Dewey, and Louie (Danny Pudi, Ben Schwartz, and Bobby Moynihan, respectively) travel across an enormous bridge to Duckburg’s neighboring city of St. Canard to meet with the imposing industrialist Taurus Bulba (guest star James Monroe Iglehart of Rapunzel’s Tangled Adventure). Bulba wins Scrooge and Louie over with the reveal of a giant machine that evidently creates matter from nothing, but Huey pretty much immediately figures out there’s more going on than meets the eye. Meanwhile, Launchpad and Dewey excitedly visit their friend Drake Mallard in his secret Darkwing Duck headquarters, only to disappointingly discover that– though he’s well stocked-up on superhero gadgets and gizmos– he doesn’t have much crime to fight.

On the prowl for action– and footage for Dewey’s Darkwing documentary– the trio encounter a young girl named Gosalyn Waddlemeyer (Stephanie Beatriz of Brooklyn Nine-Nine) breaking into Taurus Bulba’s laboratory. She claims her grandfather was the one who truly created the device, which doesn’t actually create matter but instead opens rifts into alternate universes. By the end of the first half of this episode, our heroes are on Gosalyn’s side and the supervillains from Darkwing Duck have crossed over into their reality. Keith Ferguson (voice of Flintheart Glomgold on this very show) plays Megavolt and Liquidator, while Michael Bell (G.I. Joe) reprises his role as the Joker-like Quackerjack from the original 90s series, and they’re joined by the menacingly silent plant-duck hybrid Bushroot. 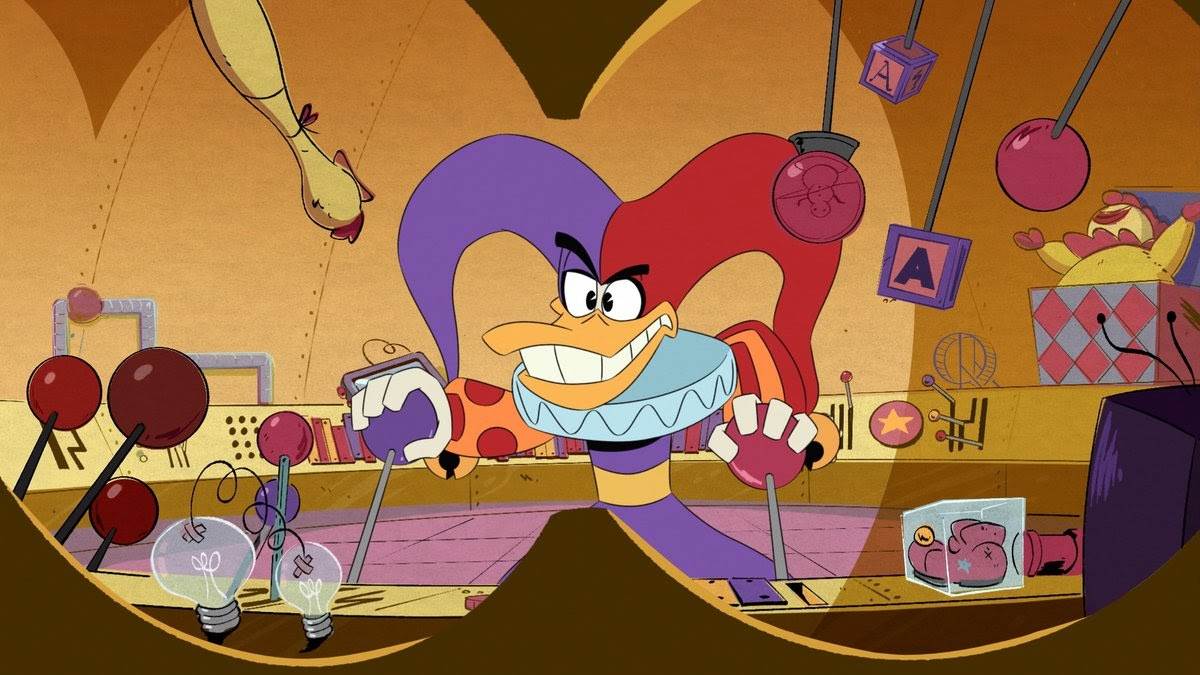 In the second half hour of “Let’s Get Dangerous!”, Darkwing and his newly formed team of sidekicks must figure out how to work together to take down Bulba and his cross-dimensional co-conspirators, while Gizmoduck (Lin-Manuel Miranda) attempts to free the city from Bushroot’s vines– and eventually takes all the credit. Scrooge and the nephews are sidelined by being sucked into the 1980s version of DuckTales once again (see this season’s also-excellent episode Quack Pack!) and the family gets a big reveal about the devious Bradford Buzzard (Marc Evan Jackson). It’s a pretty fun and consistently funny adventure, and I wouldn’t be at all surprised if it ended up being a back-door pilot for a new Darkwing Duck series featuring this same cast. I just wish we had seen Jim Cummings’ previously established Negaduck pop up again, if only as a tease for conflicts to come.