Mickey Mouse is back and just in time for his 92nd birthday! The Emmy-winning team behind Disney Channel’s 2013 short Mickey Mouse series moves their content to Disney+ with a slightly altered title in The Wonderful World of Mickey Mouse, streaming November 18th. Disney+ will premiere two shorts each week (on Fridays going forward) with a total of ten new shorts in this first collection.

The same version of Mickey and his friends that appear in Mickey & Minnie’s Runaway Railway, if it weren’t for the new title you would assume this is the sixth season of the popular short series. With showrunner Paul Rudish still at the help and composer Chris Willis back on board, almost nothing seems to have changed. It still has a lot of fun with the characters, music plays a key role in each short, and the characters are just as funny as they have been for the past seven years. 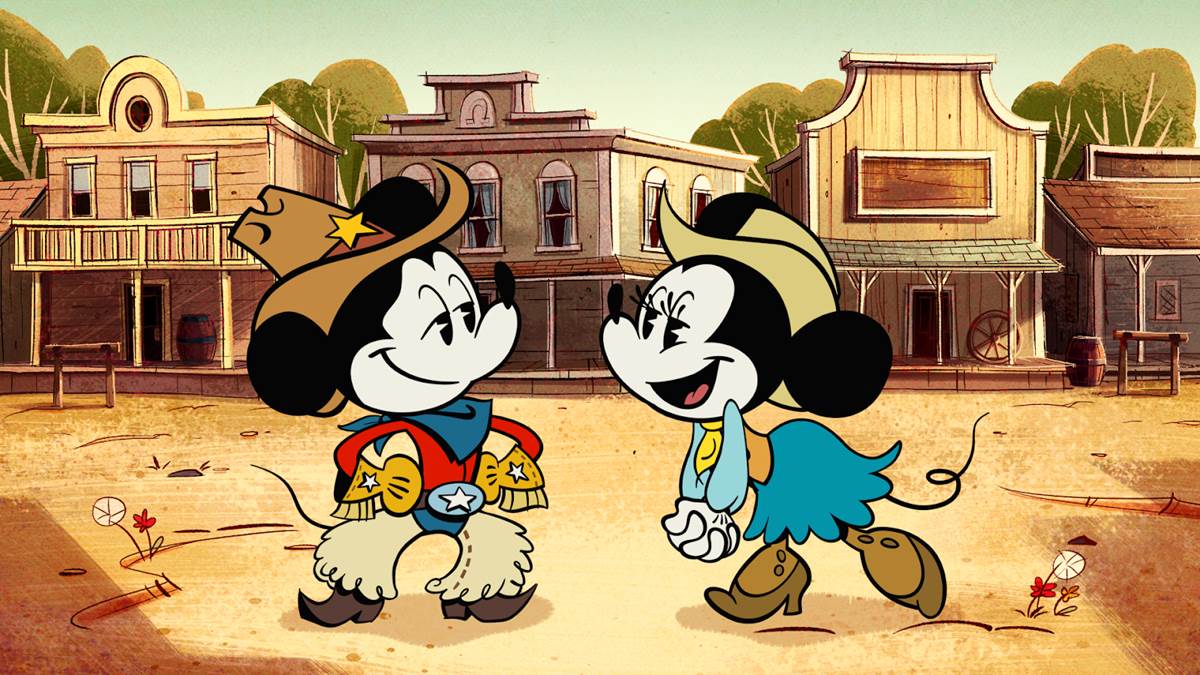 Aside from the title, the other big change will go largely unnoticed by viewers. Minnie Mouse has a new voice in Kaitlyn Robrock, who does such a good job that most audiences won’t notice. The rest of the voice cast remains the same, with Chris Diamantopoulos voicing Mickey Mouse and the rest of the cast voicing their characters in all other Disney media (Bill Farmer as Goofy/Pluto, Tony Anselmo as Donald Duck, Tress MacNeille as Daisy Duck, Jim Cummings as Pete).

In advance of the show’s premiere, I was treated to two upcoming shorts. “Cheese Wranglers” is set in the backyard of Frontierland where Mickey, Donald and Goofy lead a cattle drive, only the cows have been replaced by wheels of cheese. Some fans take criticism with the show’s love of doing grotesque close-ups ala Ren & Stimpy, but this short draws big laughs with tight shots of Mickey, Donald, and Goofy becoming extremely rugged Clint Walker-types. 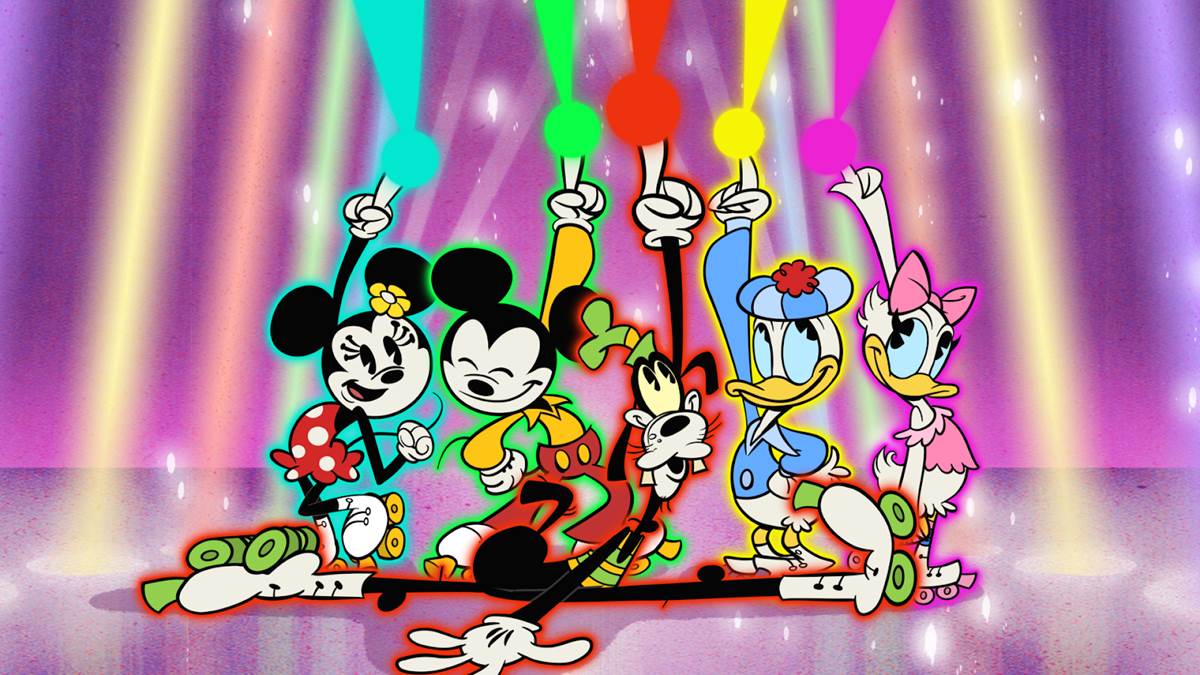 The other short I saw draws inspiration from the Disco Mickey Mouse album in “Keep on Rollin’,” streaming December 4th. Part of the show’s fun for Disney fans is spotting in-jokes and this one certainly has a lot of them. Not only is the roller rink Mickey and his friends fight to defend named “Yensid,” but the DJ bears a resemblance to the infamous wizard whose name is “Disney” spelled backwards.

While the name change seems a little unnecessary, The Wonderful World of Mickey Mouse is a fitting title because the series is wonderful. Each short will make you laugh-out-loud and gasp, pointing at the TV to explain an obscure Disney reference to your friends, family, or pet. The series celebrates Mickey Mouse’s past, pays tribute to Disney’s history, and keeps him relevant well into the future.

I give The Wonderful World of Mickey Mouse 5 out of 5 “Macho Duck” arm rolls.