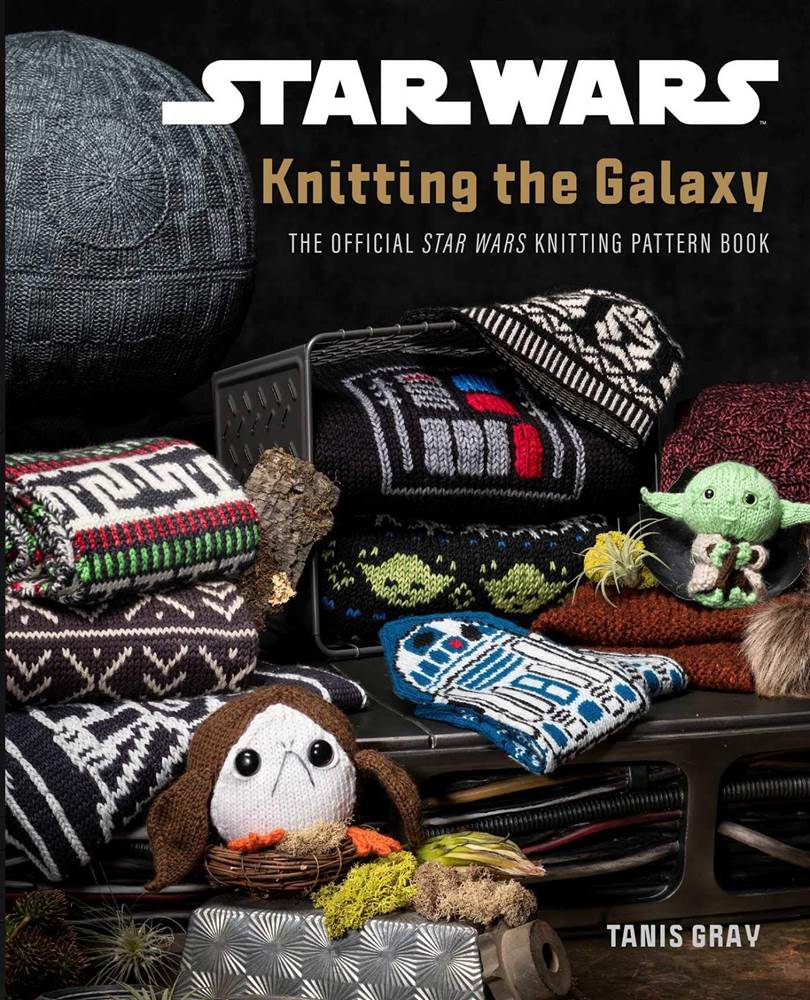 I have to admit I’m not the craftiest person in the world. After a lifetime of experience, I’ve become an expert at following the directions to build LEGO sets, but as far as something like knitting (or crochet, for that matter) goes, I’m completely lost. I am, however, a pretty big Star Wars fan, so just opening up the review copy I received of the upcoming new hardcover book Star Wars: Knitting the Galaxy from Insight Editions gave me an awful lot to look at and appreciate, even if I don’t personally have the basic skills necessary to approach actually creating any of the projects contained within.

In Star Wars: Knitting the Galaxy, author Tanis Gray (Harry Potter: Knitting Magic) has assembled an incredibly impressive collection of instructions on how to knit your own Star Wars toys, costume replicas, apparel, and home decor, drawing from various corners of A Galaxy Far, Far Away. And flipping through this high-quality book filled with patterns, attractive photographs of the finished projects themselves, and still images from the movies that inspired them, I can tell that anyone with the talent to make these items (or simply the desire to learn how) will be absolutely satisfied with their purchase should they decide to pick this up. Gray opens Knitting the Galaxy with an introduction to the basics of Star Wars and an explanation as to why this particular medium of crafts works so well with the most popular space-opera franchise of the past half-decade. The projects are then divided by the above-listed categories, and include everything from Porgs to pocket Yodas to a tiny, fuzzy Chewbacca (in the Toys section), Luke Skywalker’s flight vest, Princess Leia’s Hoth snow vest, and Rey’s vest and arm wraps (in the Costume Replicas section), a Jedi Order pullover, Ewok hood, and Starfighter scarf (in the Inspired Apparel section), a BB-8 throw blanket, Droid throw pillows, and villainous mini sweater ornaments (in the Home Decor section), plus quite a few more. I’m assuming the instructions are easy to follow if you know what you’re doing, and the included illustrations will give readers a good idea of what they’re aiming for, plus what the items might look like in use or when being worn after completion. Gray also provides some background information– both in-universe and behind-the-scenes– of the characters, moments, vehicles, and costumes that inspired each piece, while of course giving credit to their individual designers. And for those who need more guidance in their knitting quests, there’s a handy glossary of abbreviated terms and a resource list for tracking down yarn in the back of the book, as well. 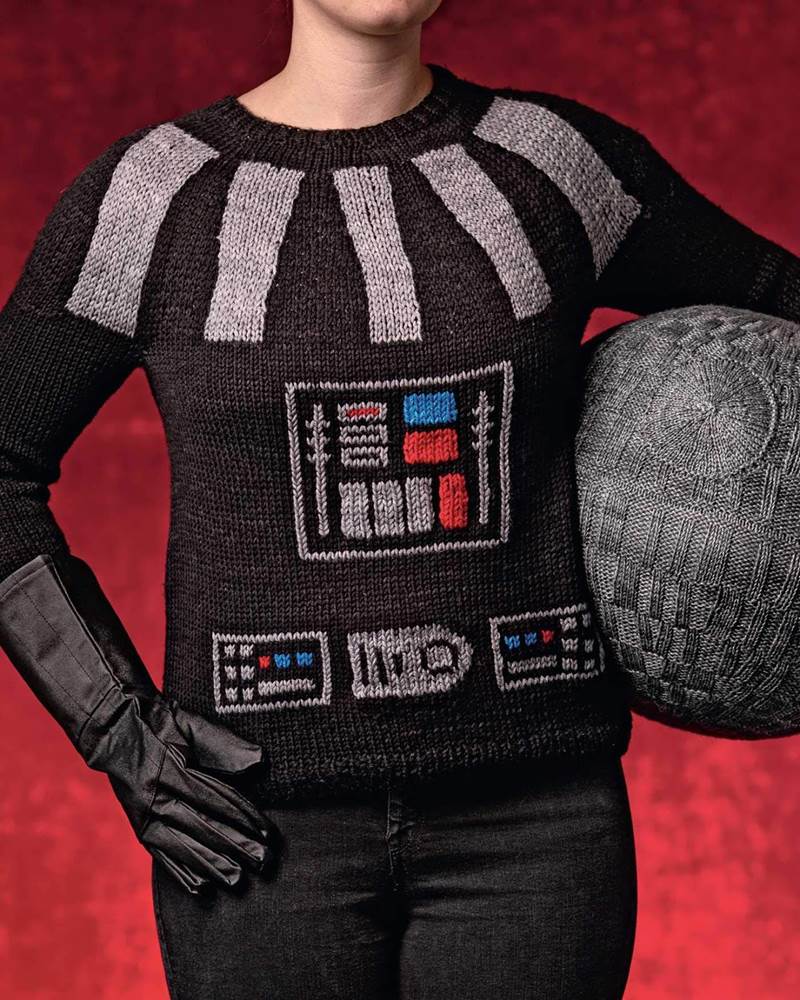 I don’t know if I’ll ever have the patience to sit down and learn how to make intricately patterned Star Wars knitting projects like the ones featured in this title, but for those who do, I imagine Star Wars: Knitting the Galaxy will prove an invaluable resource and many hours of crafting fun. 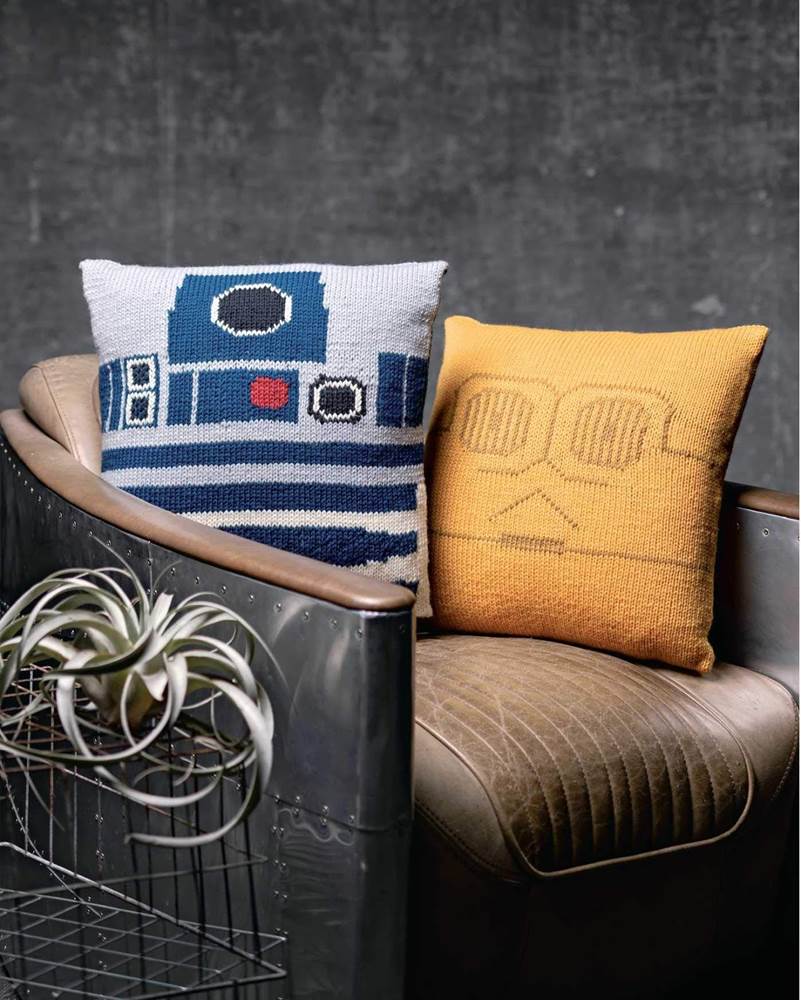 Star Wars: Knitting the Galaxy will be published on Tuesday, January 26, but is available now for pre-order.