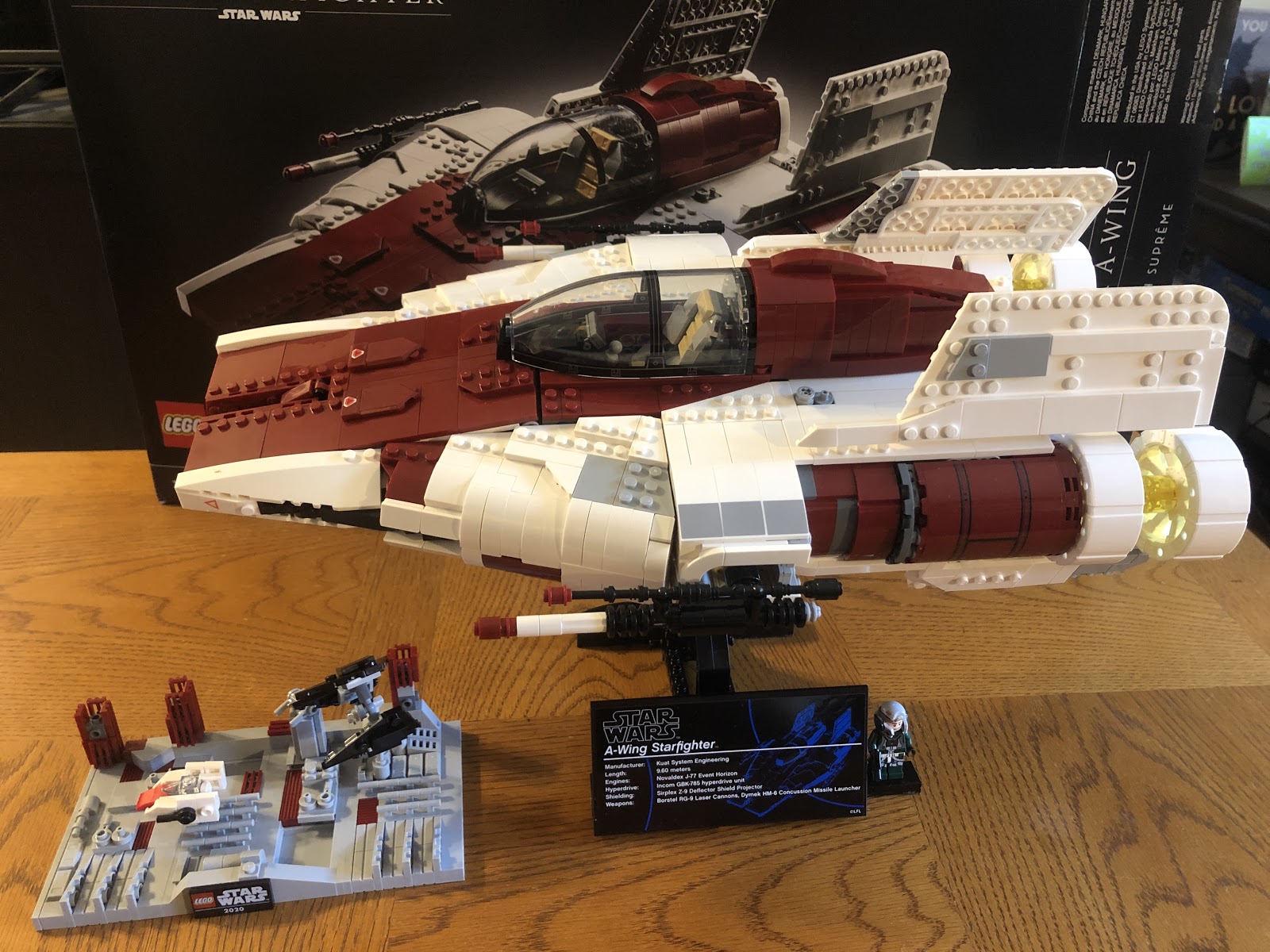 Back in mid-April, LEGO announced the new Star Wars Ultimate Collector Series A-Wing Starfighter, following up on other ships in the series including the UCS X-Wing, Millennium Falcon, TIE Interceptor, Imperial Star Destroyer, Y-Wing Starfighter, Imperial Shuttler, Snowspeeder, and more. A few days later LEGO also revealed this year’s “May the 4th” Star Wars Day exclusive gift-with-purchase set: the Death Star II Battle, which depicts a micro-scale version of an A-Wing being pursued by a TIE Interceptor over the surface of the second Death Star during the Battle of Endor.

Both the Star Wars Ultimate Collector Series A-Wing Starfighter and the Death Star II Battle LEGO building sets became available on Friday, May 1, and at the end of last week we received the copies we purchased for review on the Laughing Place YouTube channel. Below you can watch the two-part video I put together, starting with the bonus set and then moving on to the main attraction.

The LEGO Death Star II Battle set (#40407) contains 235 pieces and was included free with any order of $75 or more on LEGO Star Wars products from May 1 through May the 4th. It’s a nice little display that would feel at home on a desk or shelf, though the micro-scale TIE Interceptor doesn’t have much in the way of a cockpit / center section. I do really like what they did with the tiny A-Wing and detailing on the surface of the Death Star.

When I think of the A-Wing Starfighter from Return of the Jedi, I don’t picture it as a very complex ship. But in building this model (#75275) I was surprised to find how complicated its interior structure was, and then I came to understand why that was necessary in order to make its outside surface have the proper angles and contours, resulting in a very screen-accurate depiction of the ship. I’ve seen other reviewers complain about its proportions being off, but to my eye I didn’t have that issue until I saw side-by-side comparisons to the original miniatures from the film. Otherwise I think it looks fantastic, as does the A-Wing Pilot minifigure included in the set.

The A-Wing’s $200 price point might be a little high for a set that only contains 1,673 pieces (LEGO fans tend to look for the price to reflect a ten-cent-per-piece price-to-part ratio), but I think Star Wars fans have unfortunately gotten used to paying a premium for LEGO sets that have licensed their favorite space saga brand. Overall I would say if you know what you’re getting into as a collector of the LEGO Star Wars Ultimate Collector Series line, you will at the very least find yourself satisfied with this set. 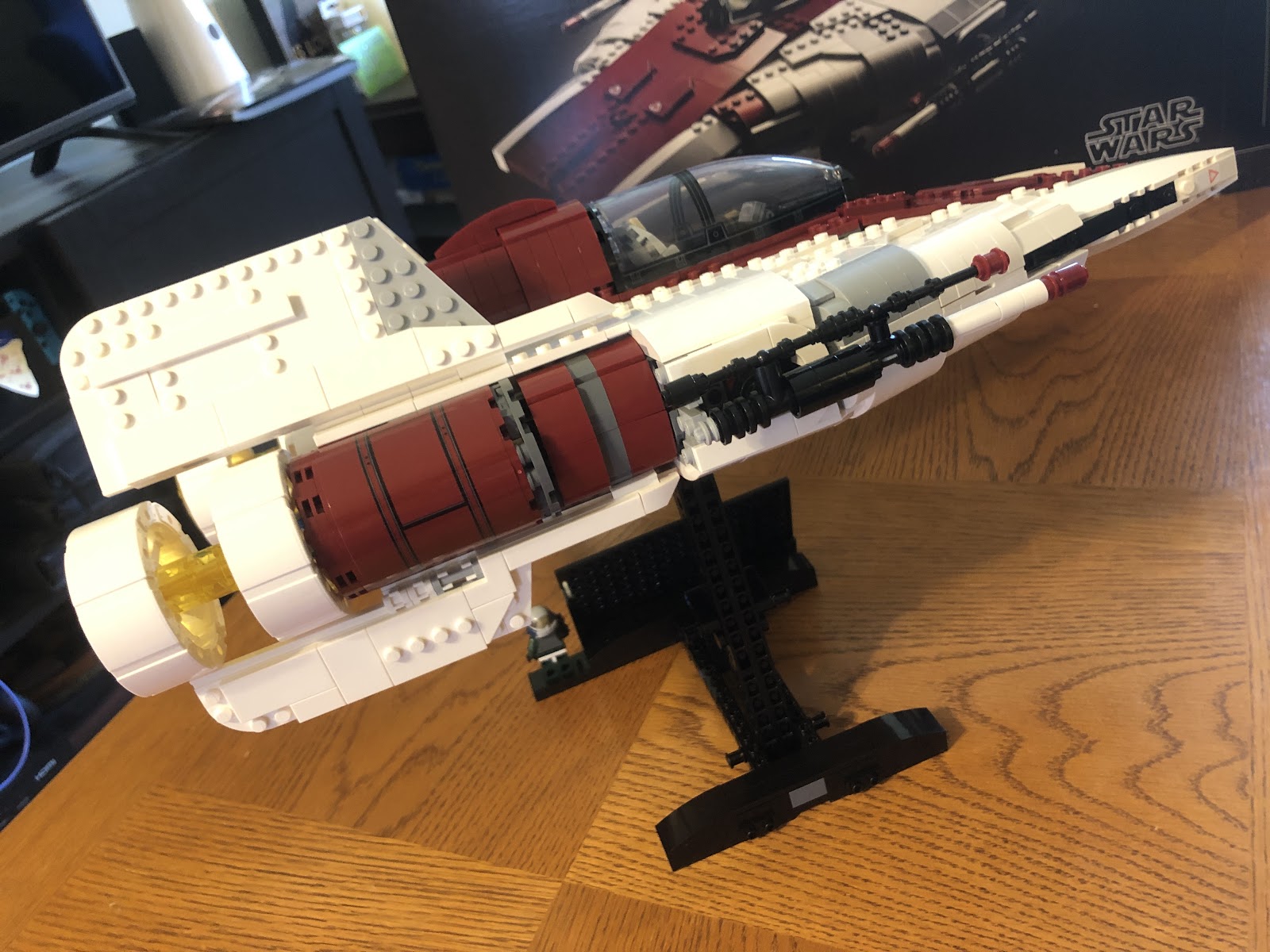