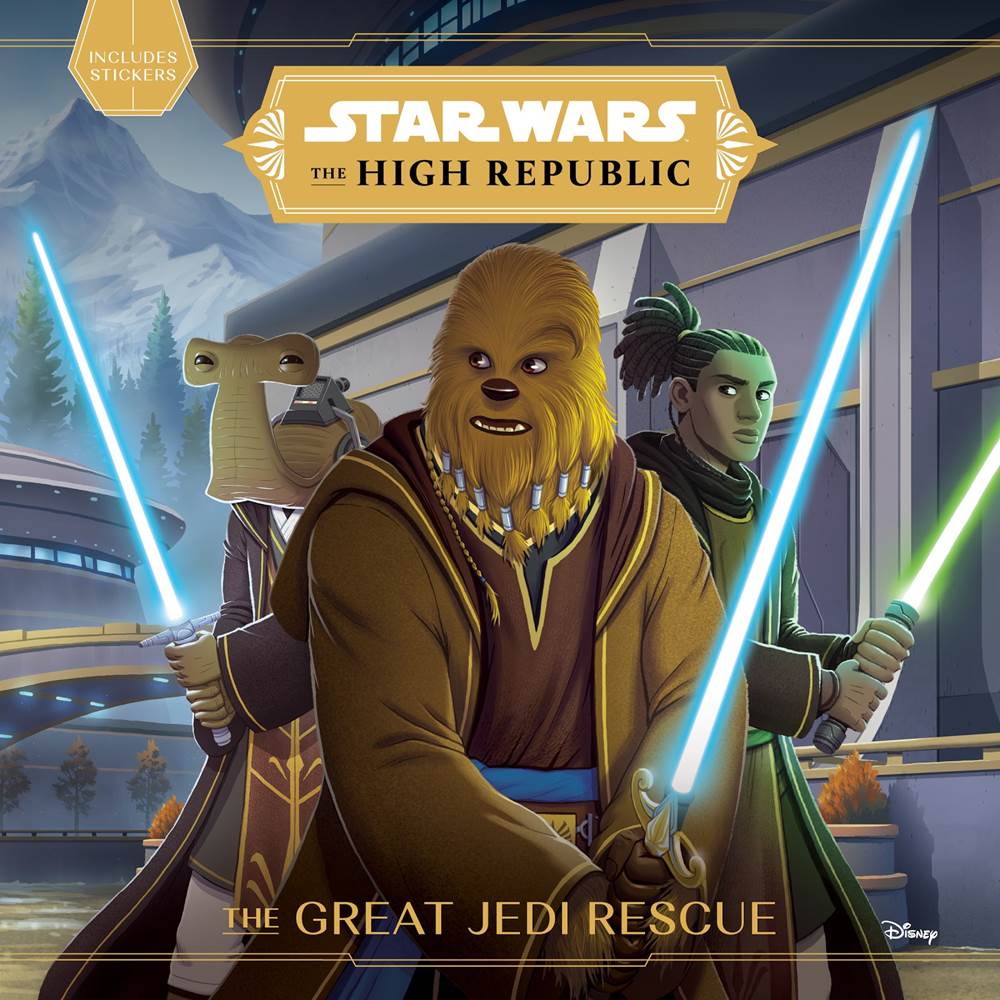 Star Wars: The High Republic – The Great Jedi Rescue (coincidentally also written by Scott, with eye-catching artwork by Petur Antonsson of the Artemis Fowl book series) is a kid-friendly adaptation of the first hundred or so pages of Charles Soule’s adult-targeted novel Star Wars: The High Republic – Light of the Jedi, which also came out this week. 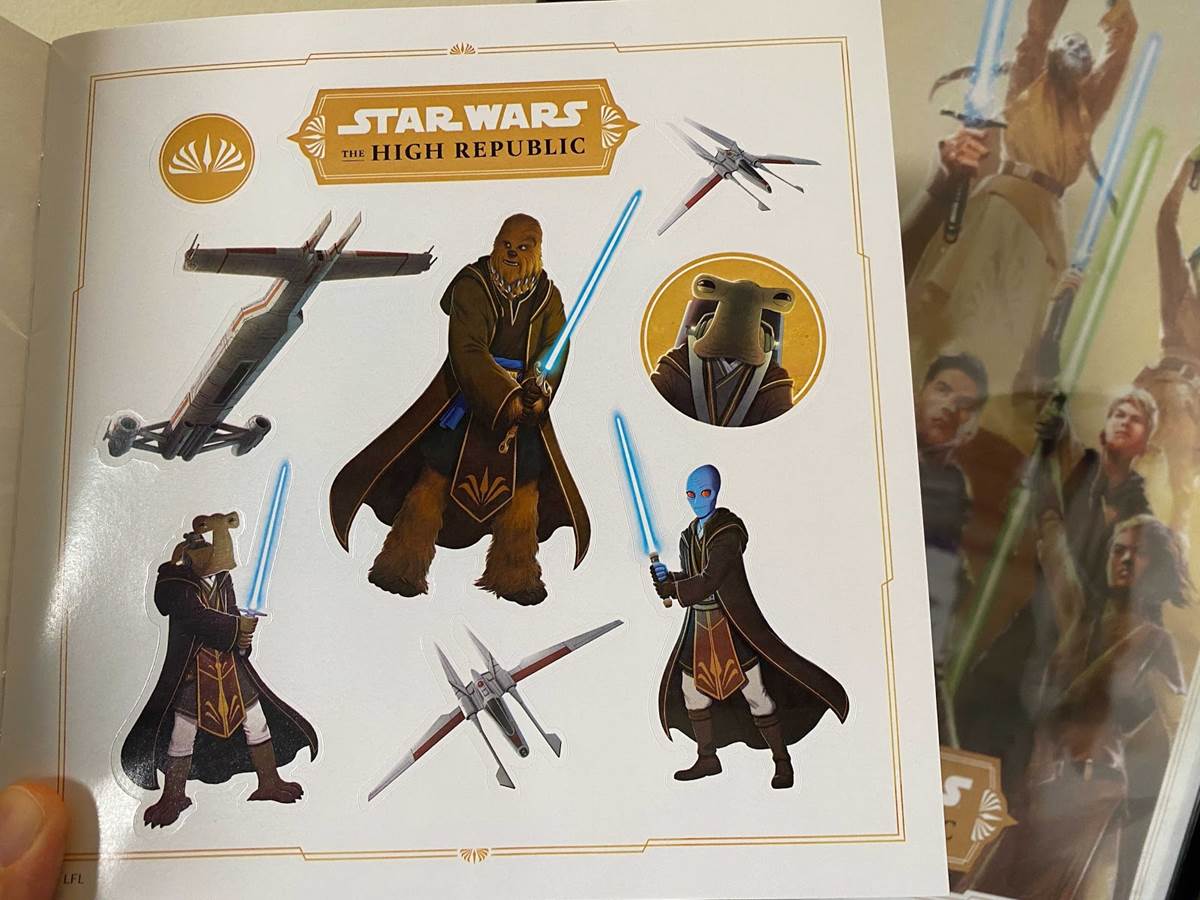 The first thing children (and/or their parents) will find upon opening up this modestly sized paperback book is a handful of fun The High Republic stickers on its first and last pages, depicting Jedi Knights, Vector starfighters, the Starlight Beacon space station, and even the series’ logo. Then further inside, kids can learn the tale of the Great Disaster– a catastrophic transport accident involving an anomaly in hyperspace– and how the Jedi Order showed up in the Hetzal system just in time to save millions of its denizens from the potentially cataclysmic fallout. It’s great to see Antonsson’s attractive art illustrating characters and events we were introduced to in Light of the Jedi, and I think young readers of this book will get a kick out of witnessing the Jedi in their prime acting fast and working together to utilize their Force abilities and protect innocent civilians in the Outer Rim. 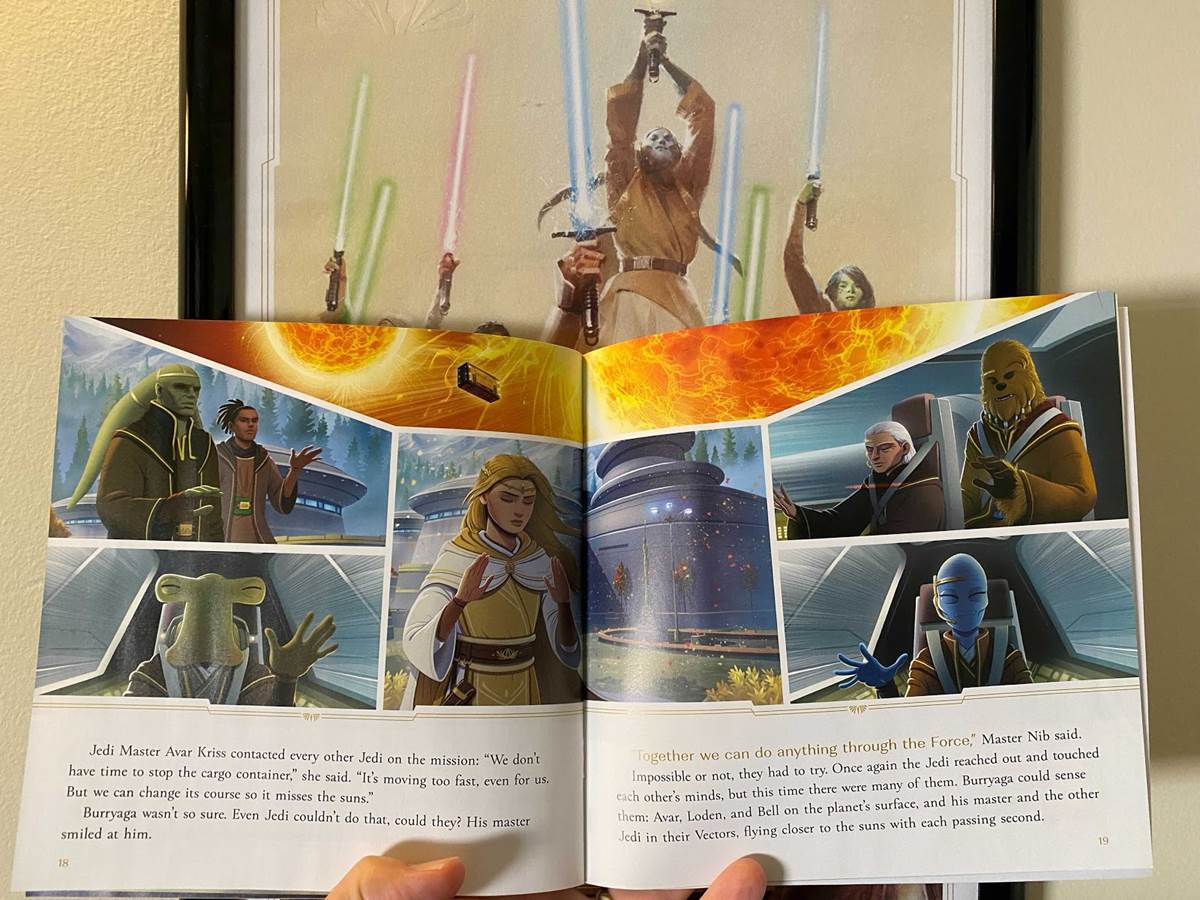 It’s strange… I’m obviously not the target audience for this book, being over forty years old and already having consumed its much-higher-age-demographic counterpart, but I actually would say that for its five-dollar retail price The Great Jedi Rescue makes for a terrific companion piece to Light of the Jedi. Now we have a bunch of great, colorful drawings interpreting the occurrences we experienced in that novel, plus Scott’s writing boils down the essentials for anyone too young to read Soule’s work or who might simply want a bare-bones “Cliff’s Notes” version of it. For those reasons I say pick up both publications at the same time regardless of your age, and if you’re an adult Star Wars nut like me you can use the included stickers to decorate your laptop. Burryaga would be proud. Star Wars: The High Republic – The Great Jedi Rescue is available now wherever books are sold.