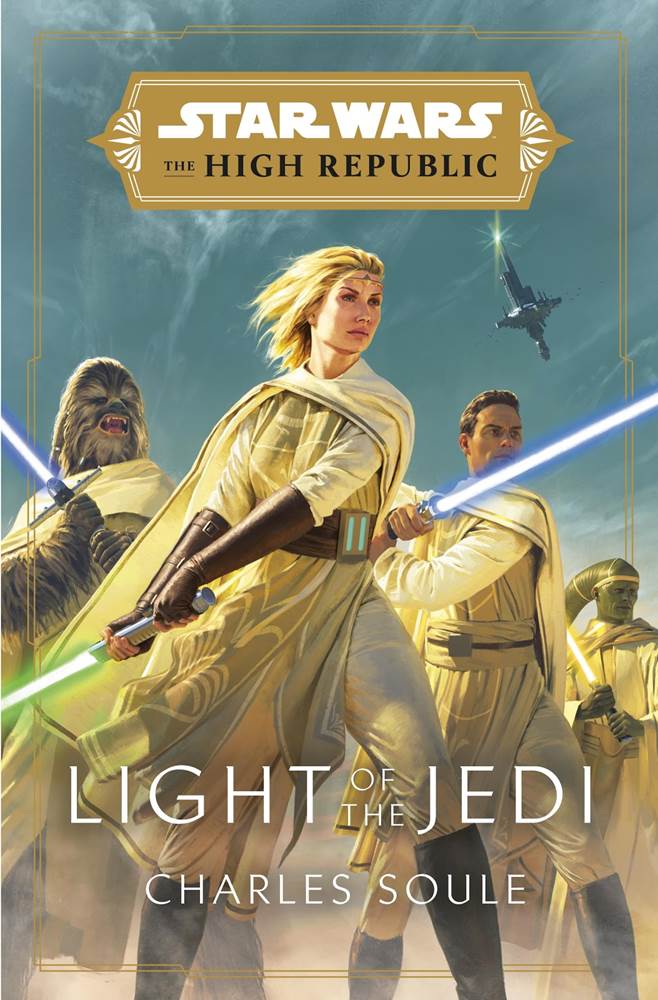 It’s an uneasy thing, entering into an entirely new era of Star Wars storytelling. It hasn’t happened too many times since the iconic space-opera franchise debuted more than four decades ago, and when it does it tends to take a while to find its footing. But that’s what Lucasfilm Publishing is intending to do with its new multi-platform initiative Star Wars: The High Republic, and the launch novel Light of the Jedi by Charles Soule (writer for a number of acclaimed Marvel Comics Star Wars projects including The Rise of Kylo Ren) is the first step into that larger world.

Star Wars: The High Republic – Light of the Jedi is an important starting point for this new experiment in A Galaxy Far, Far Away because it sets out to accomplish several crucial things– establish the world of the High Republic (a period set two hundred years prior to the events of the Skywalker Saga), introduce a cast of characters (mostly Jedi Knights, Masters, and Padawans living in the glory days of their legendary Order), and create an overarching conflict for those characters to deal with (in this case it’s a vicious band of marauders known as the Nihil, but more on that later). 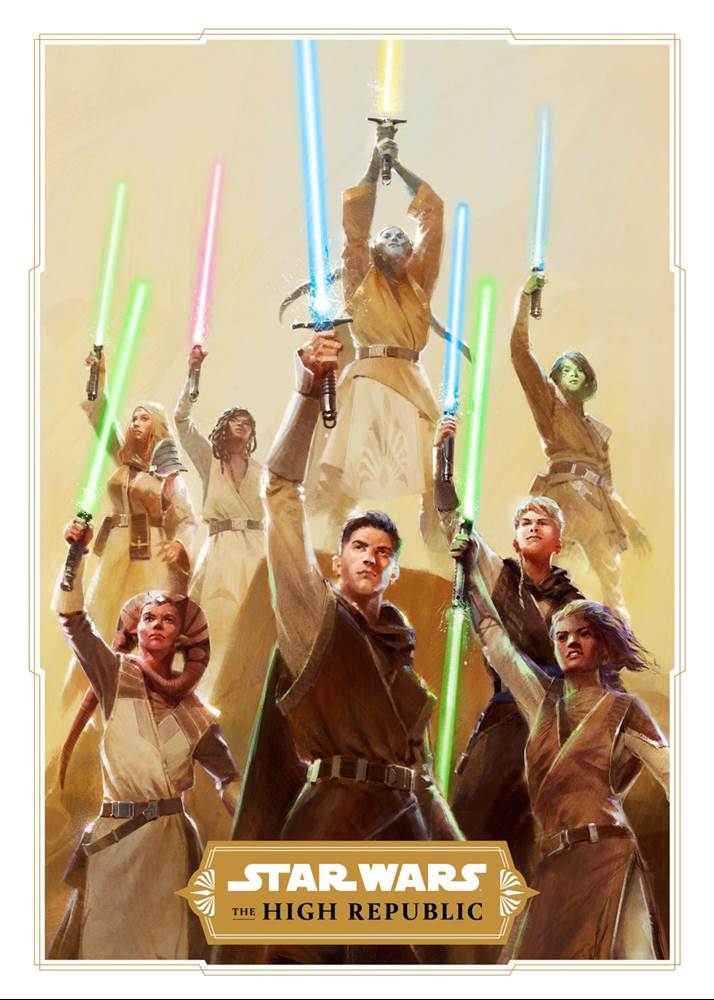 I’ll start this review off by saying I’m a big fan of Charles Soule’s previous Star Wars work, though prior to this novel it has all been in comic-book form. I highly recommend his arcs on Star Wars: Darth Vader and Marvel’s main Star Wars title, among others, and I was absolutely looking forward to seeing what he is capable of in prose (he’s also written books outside of this franchise, though I admit I haven’t gotten around to reading them yet). And I am pleased to report that Soule indeed does a really good job of kicking off The High Republic, and I think it was a great choice on Lucasfilm’s part to have his effort spearhead this undertaking. Having finished Light of the Jedi, I have a sufficient idea of the threat facing the Jedi going forward and the importance of the Starlight Beacon– a newly completed space station in the galaxy’s Outer Rim that will act as a multi-purpose waypoint for travelers and emissaries in the frontier of the Republic’s current civilization. 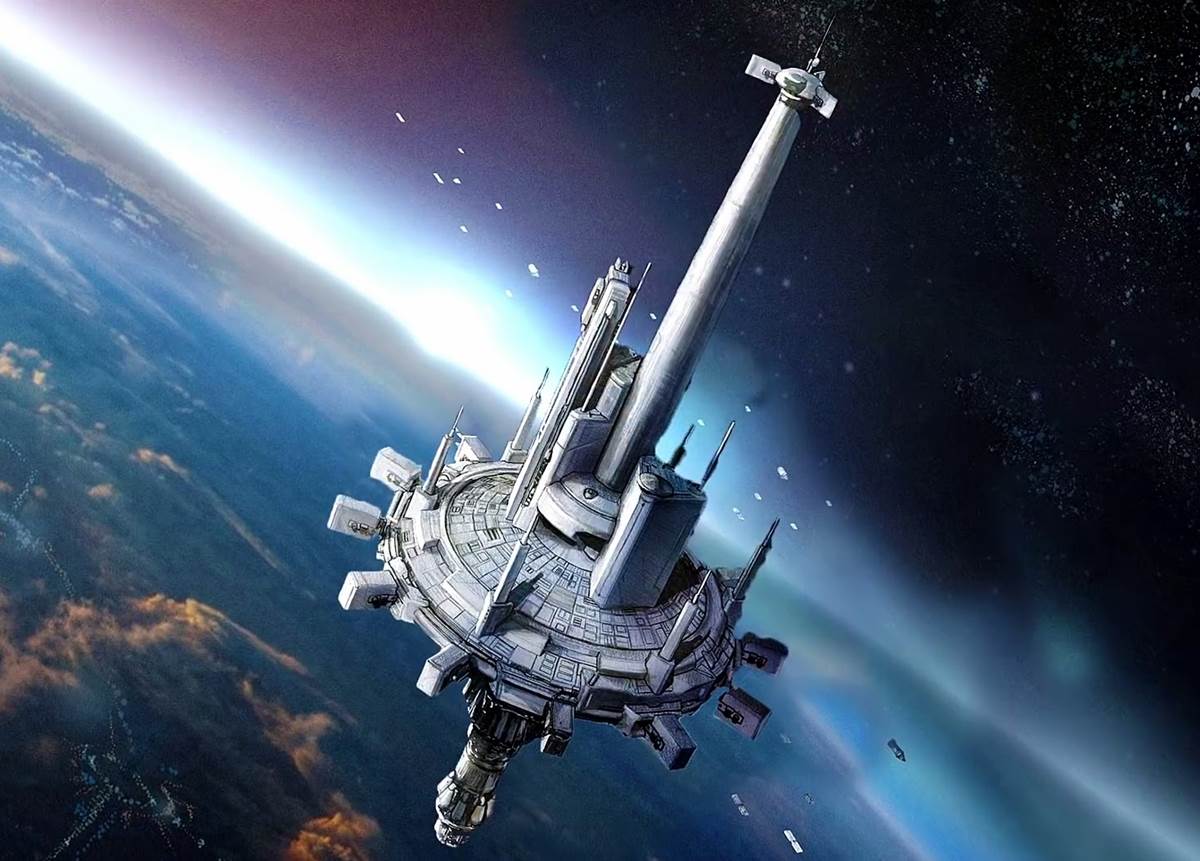 The first hundred pages or so of Light of the Jedi are spent detailing an event known later as the Great Disaster– an anomaly involving hyperspace that results in countless Outer Rim lives being put in danger– and the Jedi response to the calamity. Through these travails, readers get to witness what feats the Jedi can pull off in the most dire circumstances, while still at the height of their powers and abilities. It’s an effective way to start off, and it sets the stage for the remainder of the book, wherein the Jedi investigate what precisely caused the disaster, and attempt to prevent another one from occurring. My one minor complaint about this strategy is that it introduces maybe a few too many names right at the top, and it becomes difficult to remember just what sets each Jedi Knight apart as an individual as the story goes on. Still, that’s not too much of an issue as we begin to spend more time with these characters in later chapters, and it starts to become clear that the other personas mentioned offhand here will be the focal points of upcoming The High Republic narratives from Soule’s fellow authors. Similarly, I wasn’t sure what to make of the Nihil as a key group of antagonists until I understood what their long-term game was going to be, and how Light of the Jedi is really just a way to get the ball rolling for both sides of a much larger (and perhaps even more consequential) conflict to come. Soule’s job in this novel was a tricky one, and I think he pulled it off: put all the pieces on the board, demonstrate the stakes, and make sure Star Wars fans coming into this new enterprise care about an assemblage of mostly unfamiliar faces. And of course he made sure there’s plenty of Force-wielding action and adventure along the way. 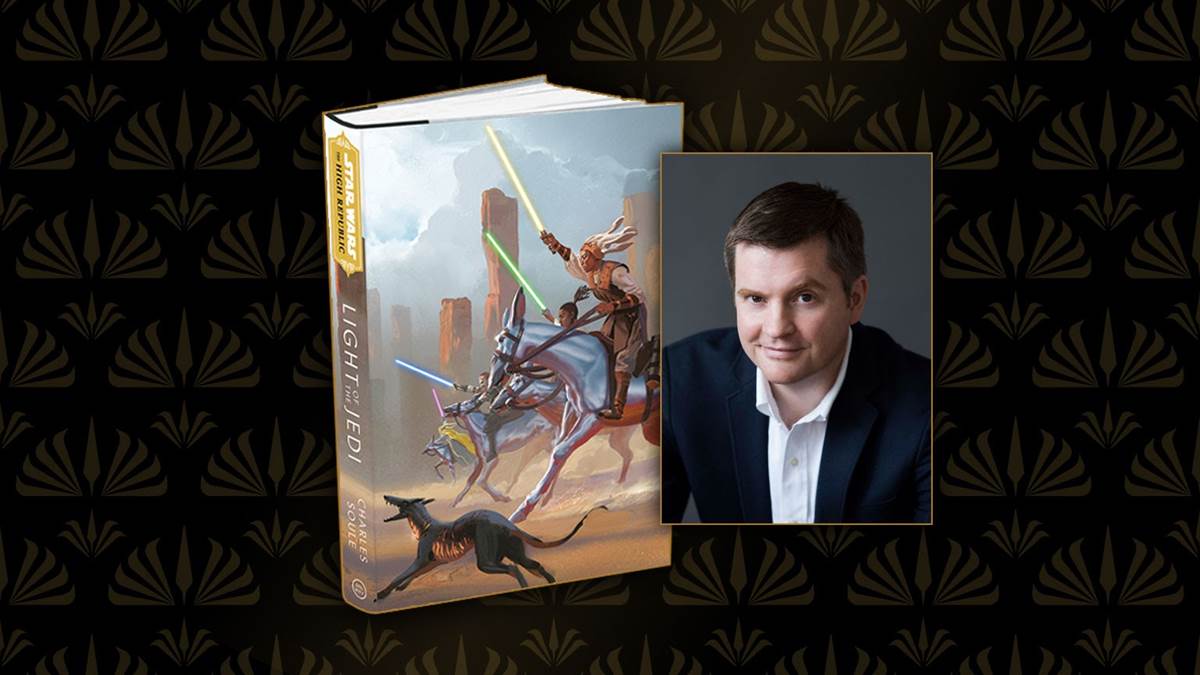 Star Wars: The High Republic – Light of the Jedi will go on sale Tuesday, January 5 wherever books are sold, but is available for pre-order right now.