Whether you’re spending this Valentine’s Day with your sweetheart or just hanging out in person or enjoying the virtual company of your gal pals, it’s kinda nice to dress up for the holiday. And sometimes all it takes to give you a mood boost is a touch of lipstick, rouge, and a cute cat eye. In celebration of the holiday weekend, the Walt Disney Family Museum hosted a virtual event with Bésame Cosmetics exploring the company’s relationship with Disney and the inspiration for their various collections including their most recent debut, themed to Mary Poppins. 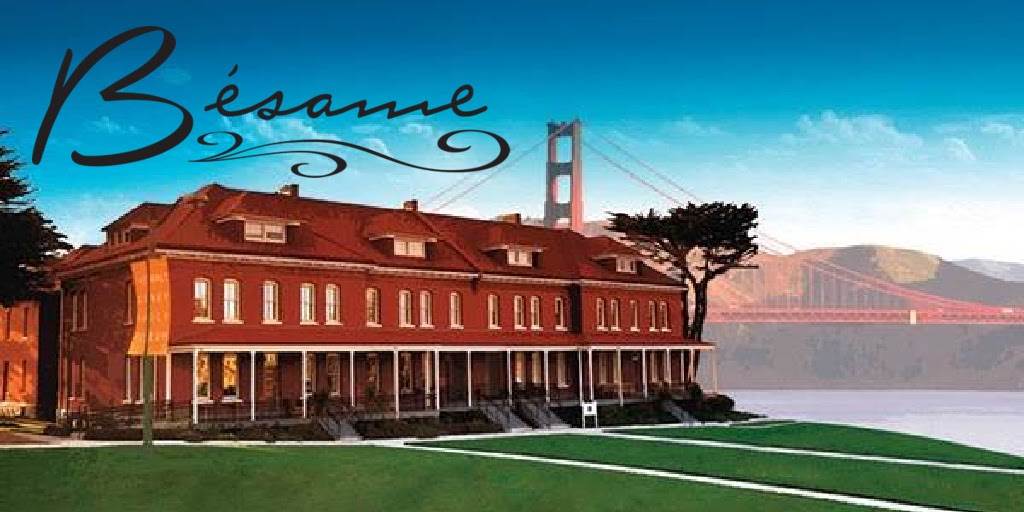 In the past year, the Walt Disney Family Museum (WDFM) has introduced a variety of virtual programs that are free or charge a small fee. On February 12th, they offered “Disney Glitz and Glamour with Bésame Cosmetics Co-Founder and Cosmetics Historian Gabriela Hernandez.” The hour-long event was held over Zoom with Gabriela offering a presentation on how she creates Bésame’s Disney collections followed by a question and answer session. 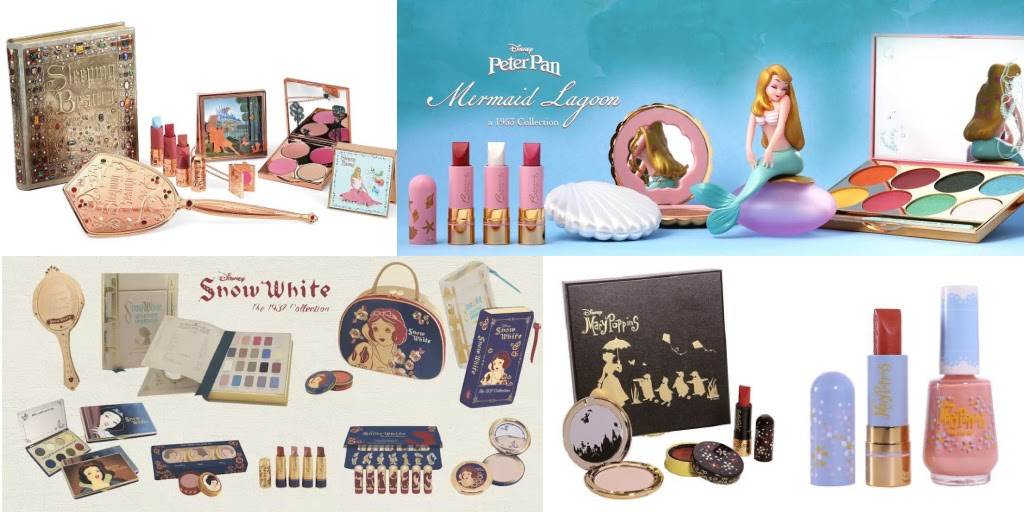 Before handing the presentation over to Gabriela, Caitlin Manocchio of WDFM introduced the evening and shared a brief history of the founding of Bésame Cosmetics and the different Disney collections they’ve offered. Bésame Cosmetics is a company that specializes in vintage style makeup methods, colors, and designs. All of their products are non-toxic, cruelty-free, and produced locally in Burbank, California. The company was founded in 2004 by Gabriela Hernandez who grew up in Argentina and developed a passion for makeup after watching the beauty techniques of the women in her life.

With their well respected reputation for creating modern vintage makeup, Disney approached Bésame about doing a themed-collection. To find inspiration for this series, Gabriela turned to Walt Disney’s first feature length animated film, Snow White. Gabriela spoke to how important researching is to her design process, and one of the unique parts of the Disney collaboration was access to the Archives. She was able to view the actual paint swatches used for the film and reproduce those colors for the collection. 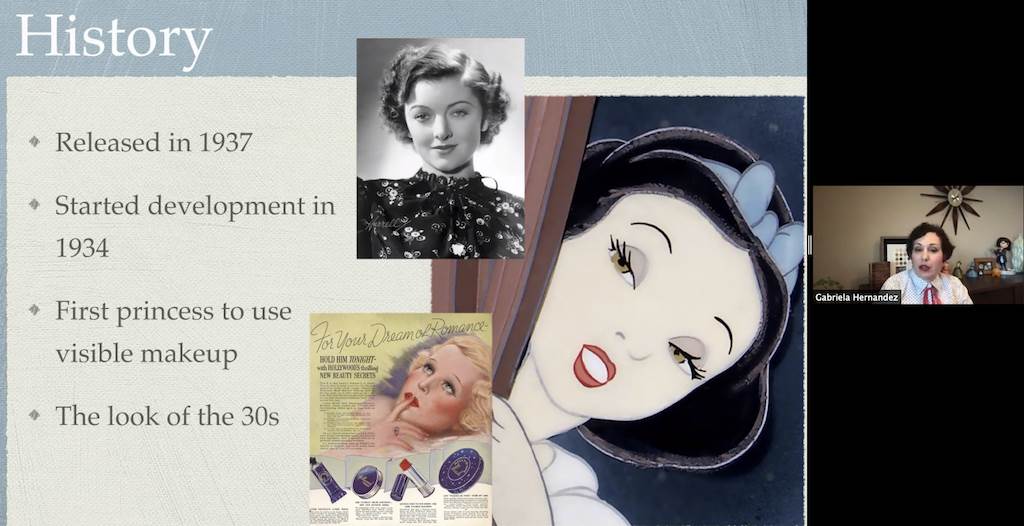 When observing the character of Snow White she noticed the look of the heroine was modeled after the 1930s ideal of beauty spotting resemblances to stars of the time Jean Harlow and Myrna Loy. She also pointed out that Disney’s Ink and Paint department was run by women and they too wore makeup. This was important because they had influence on the style and colors used for the film’s leading lady.

The images and designs used on the packaging of the Snow White Collection came directly from Disney. In fact, Gabriela was even able to outline the original cels giving her images an added layer of authenticity. Beyond the cosmetics, she also wanted to include something unique from the time period and found playing cards with an image of Snow White that she was able to replicate and offer as a gift with the collection. 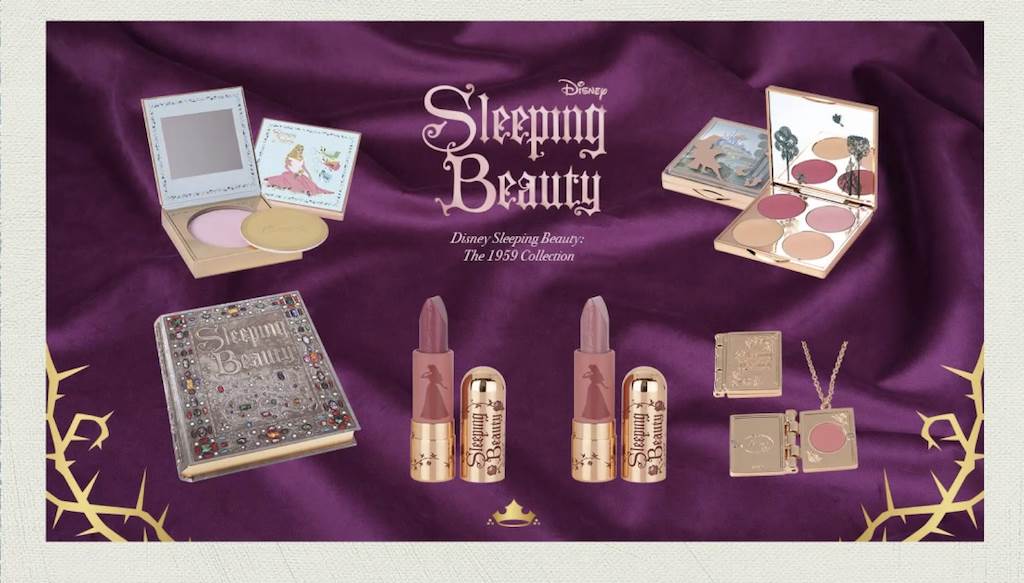 For the next collaboration, Gabriela turned to Sleeping Beauty. She noted how the style of beauty and color palette changed from Disney’s earliest feature to this one, and along with it the makeup choices for Aurora and the fairies. She was also very taken with the artwork of Eyvind Earle and worked to include his designs into the packaging. For her research into the film she visited Disney Grand Central Creative Campus as well as the archives.

While lipsticks, and eyeshadows would indeed be included with the Sleeping Beauty set, one of the additional signature pieces was a handheld mirror. The design was inspired by the storybook as well as the title princess. The back of the mirror featured the same script as “Sleeping Beauty” as well as a long handle to indicate Aurora’s long and lean figure. Gabriela also reproduced the storybook for the collection and added a pedestal in the same style. 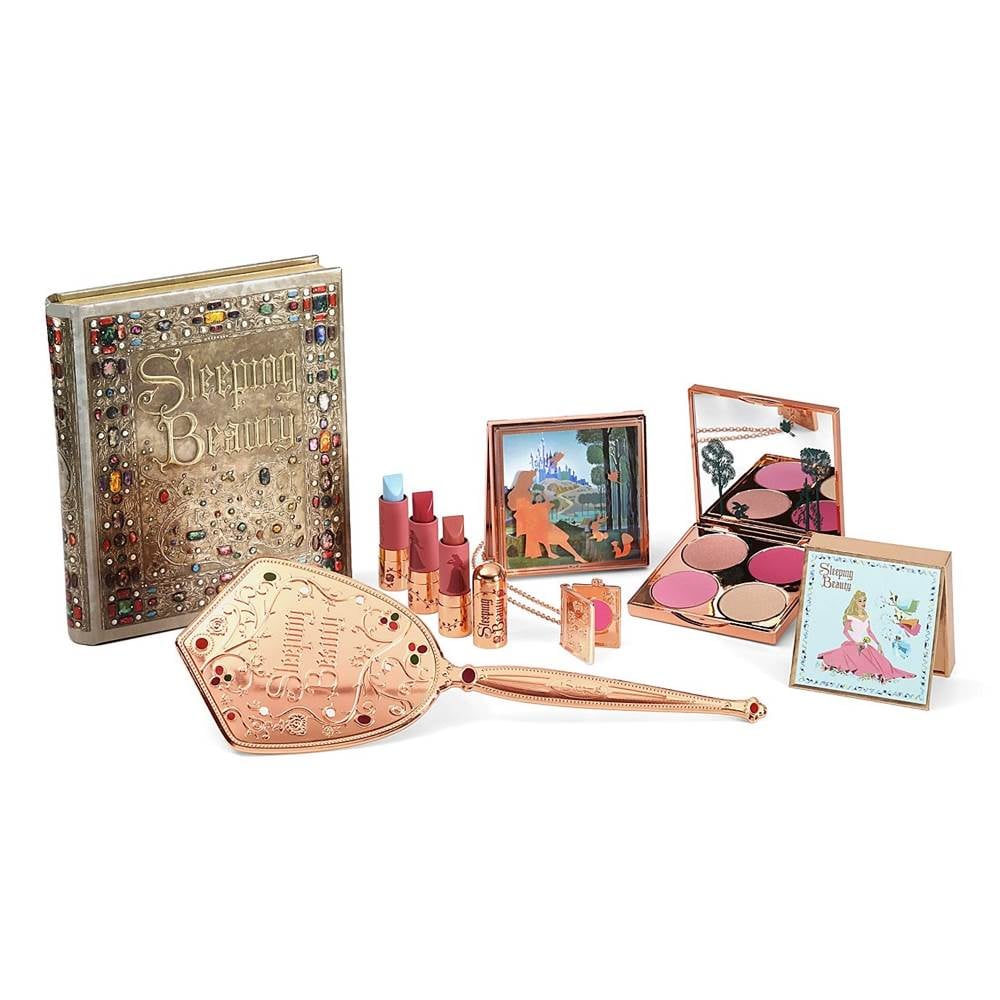 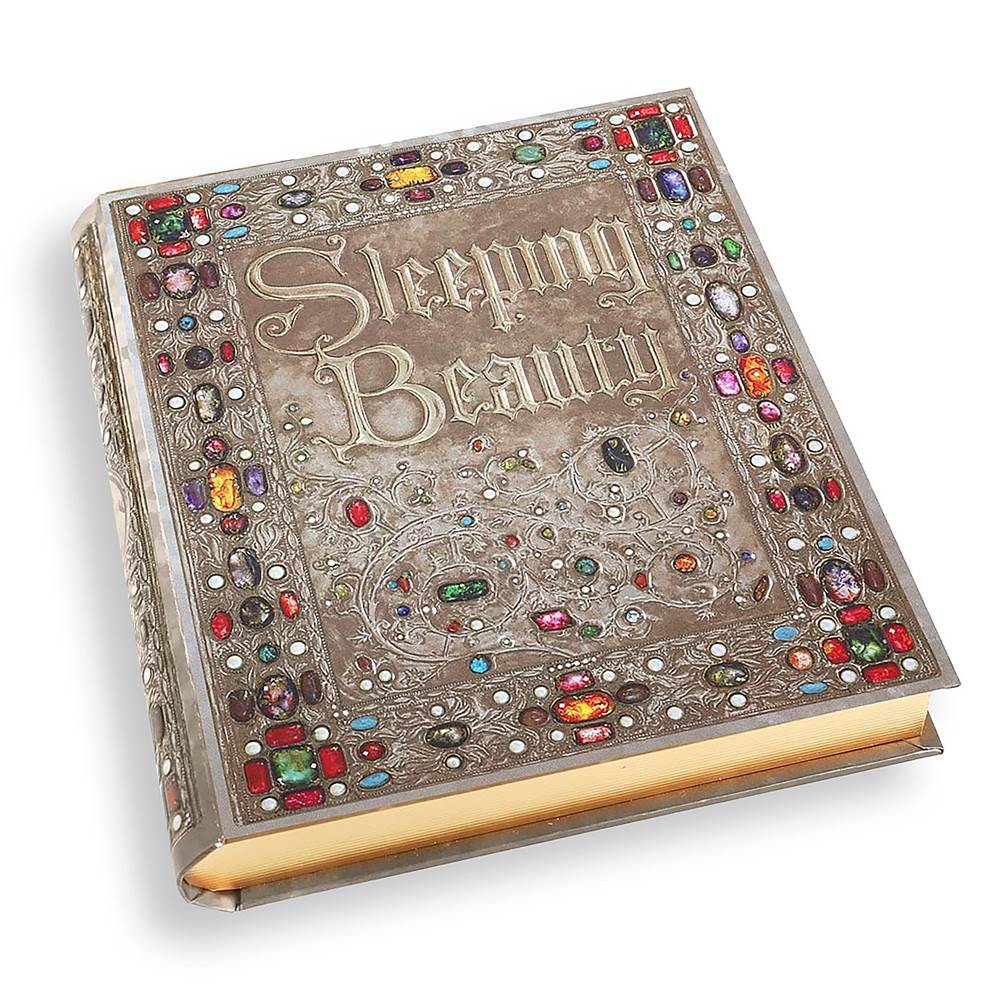 Gabriela also wanted to give herself an interesting challenge: create a makeup item that would change color just like Aurora’s dress. What she came up with was a lipstick stain that was blue in the tube but changed to pink when it was applied to the lips! While no longer available with a Sleeping Beauty design, fans can purchase the Magic Pink lipstick.

Bésame’s third collaboration was inspired by the Mermaid Lagoon from Peter Pan. Even though it’s just a brief scene in the film, there was enough color and personality from the mermaids for a set. Gabriela relied on development art for this collection and was even able to have a 3D mermaid figure made to sit atop the perfume bottle. Another special piece was a compact shaped like a seashell. 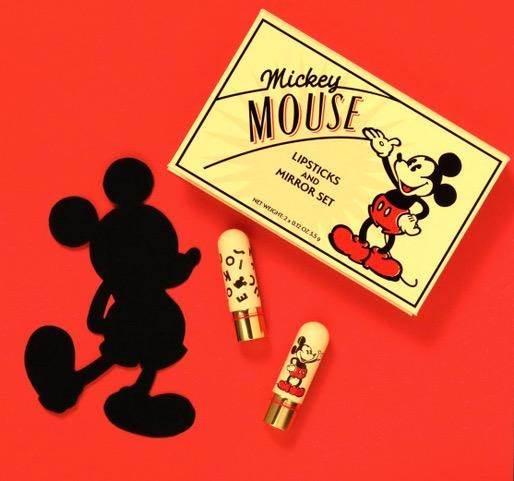 In November of 2018, Mickey Mouse turned 90 years old and everyone wanted to celebrate, including Bésame! For this collection Gabriela drew inspiration from original Disney products featuring Mickey. Bésame’s early concept art leaned toward a contemporary look, but they ultimately decided on a vintage design to truly capture the spirit of the global icon. As for extra special items in this collection? They developed a black lipstick that turned dark pink when applied. 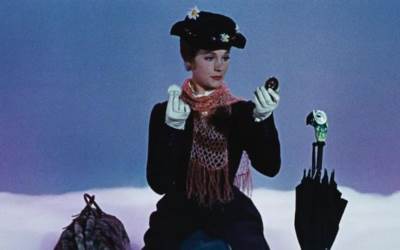 That brings us to now and their latest collection inspired by Mary Poppins. When Disney made Snow White and Sleeping Beauty, the animated characters had makeup styles in line with the current time period and the same is true of Mary Poppins. Even though the story is set in 1910 and the clothing and sets reflect that, the makeup is of the 1960s. 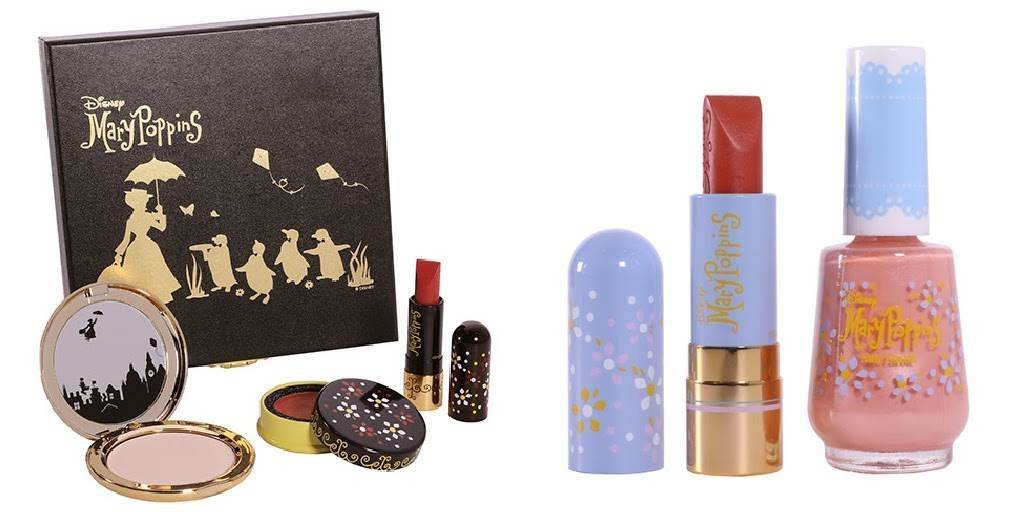 For this collection, Bésame made two sets: one for Mary and another for the often overlooked Mrs. Banks. Mary’s set includes lipstick and cream blush that’s the same color Julie Andrews wore in the film. Gabriela called it a strong, understated red. For the Mrs. Banks set Gabriela went with a peach colored lipstick and a light nail polish. As for the packaging, Mary’s set features a reproduced image from the opening of the film and comes with a tote bag; while Mrs. Banks’ set has a picture of their Cherry Tree Lane home and includes a four-pack of postcards designed after the chalk drawings Mary, Bert, and the children encounter. 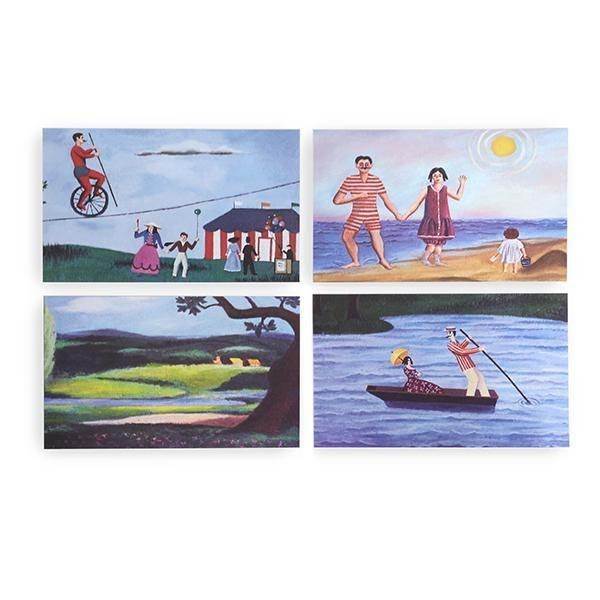 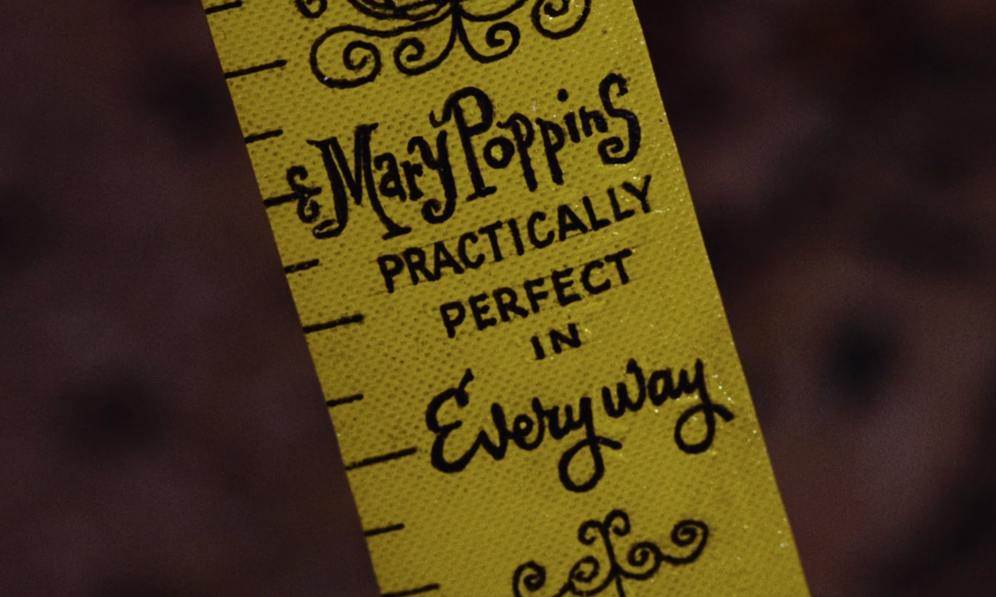 The script style on the packaging comes from Mary’s measuring tape instead of the fonts used for the poster or home releases, and to add even more authenticity, the flower artwork for the collection comes directly from Mary’s compact in the movie! Finally, Gabriela recently chatted with Karen Dotrice who played young Jane Banks in the film for her Classic Beauty Podcast.

Bésame has a new collection debuting this summer, but Gabriela didn’t give us any clues about the princess(es) who‘ll be featured or the product selection. She did however note that these items are Limited Edition and will not be offered again.

With the presentation complete, Cailtin read several audience questions before the event wrapped up. One guest asked about Disney’s involvement in the Bésame collections. When Gabriela designs each Disney series, it’s all on her. Disney does have to approve what Bésame wants to produce, but they don’t give her a directive on what products need to be included. Each series needs to feel organic to her and the characters she chooses need to fit the brand. 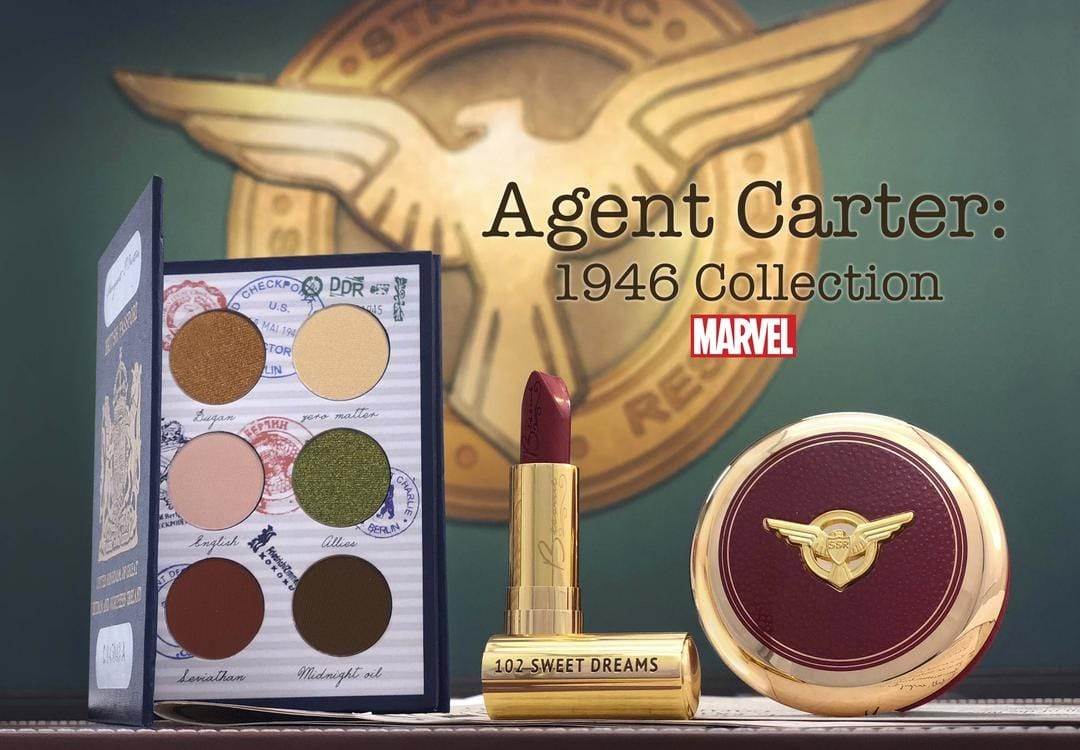 Another guest inquired about Bésame products in various Disney properties. Gabriela said that sometimes Disney does use her cosmetics, but she noted these aren’t official collaborations. For example, Marvel consulted Bésame on vintage makeup and ordered lipstick and other cosmetics to be used in ABC's Agent Carter series. This was well before Bésame launched its now sold out Agent Carter collection. And while this series won’t be reproduced, fans can copy Peggy Carter’s iconic look with Bésame’s Red Velvet lipstick color.

Thank you for joining us for this look at “Disney Glitz and Glamour with Bésame Cosmetics.” If you enjoyed reading about this special virtual event, check out our other recaps of the Walt Disney Family Museum programs.