I don’t know if Star Wars is the first thing people think of when they celebrate St. Patrick’s Day, but StarWars.com has used the upcoming cultural and religious celebration as an excuse to highlight some of their merchandise that happens to be green. Why not?

Below are some off-the-cuff thoughts on the St. Patrick’s Day selections in the official Star Wars Green Gift Guide. 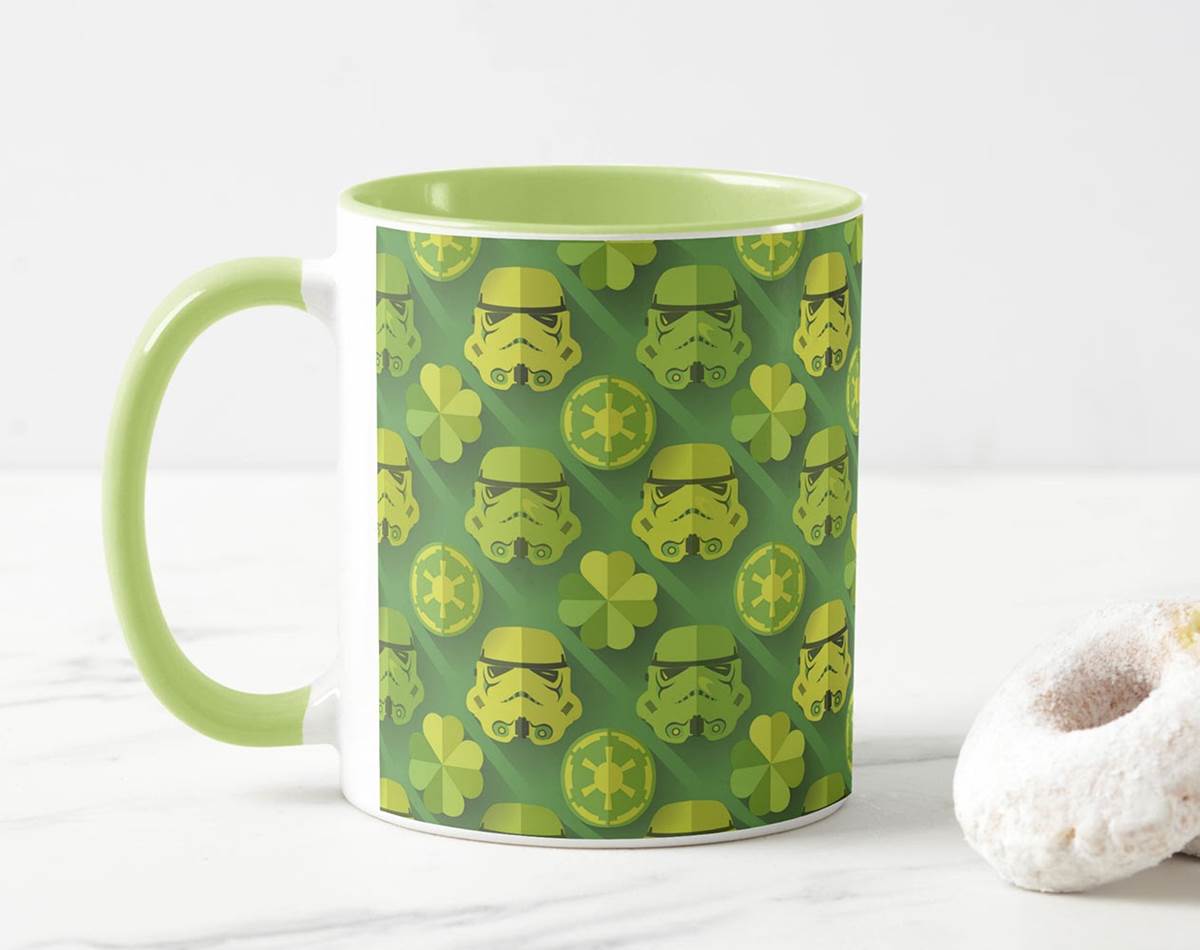 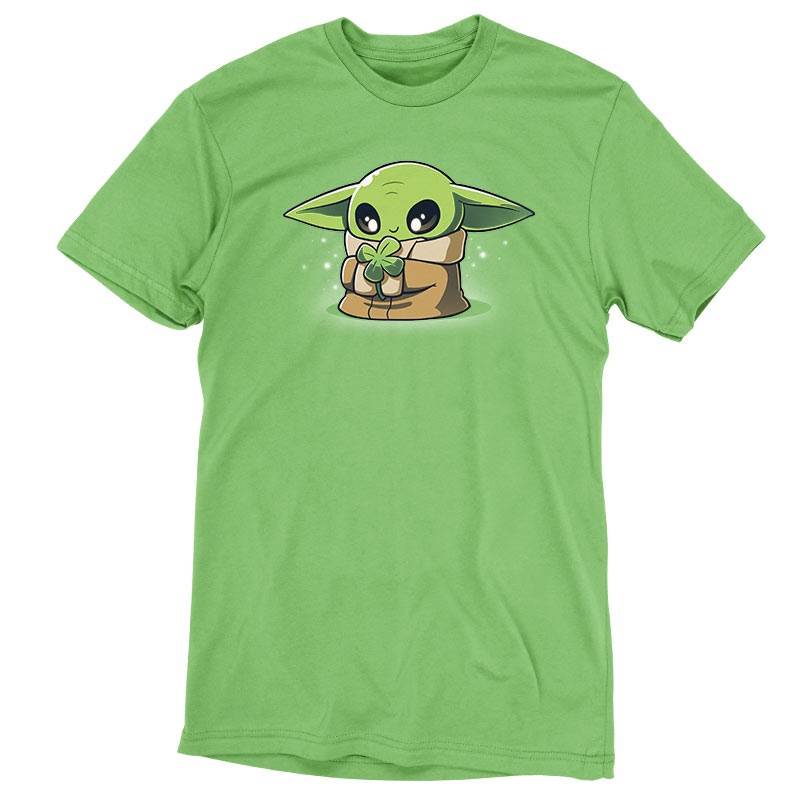 Lucky Grogu Tee ($12.50 from Tee Turtle) – This one makes a little bit more sense, as Grogu (AKA Baby Yoda) is already green, and he likes playing around in the grass, so I’d buy that he might come across a four-leaf clover, if clovers exist in Star Wars. Which they might not. Wait, yes they do. 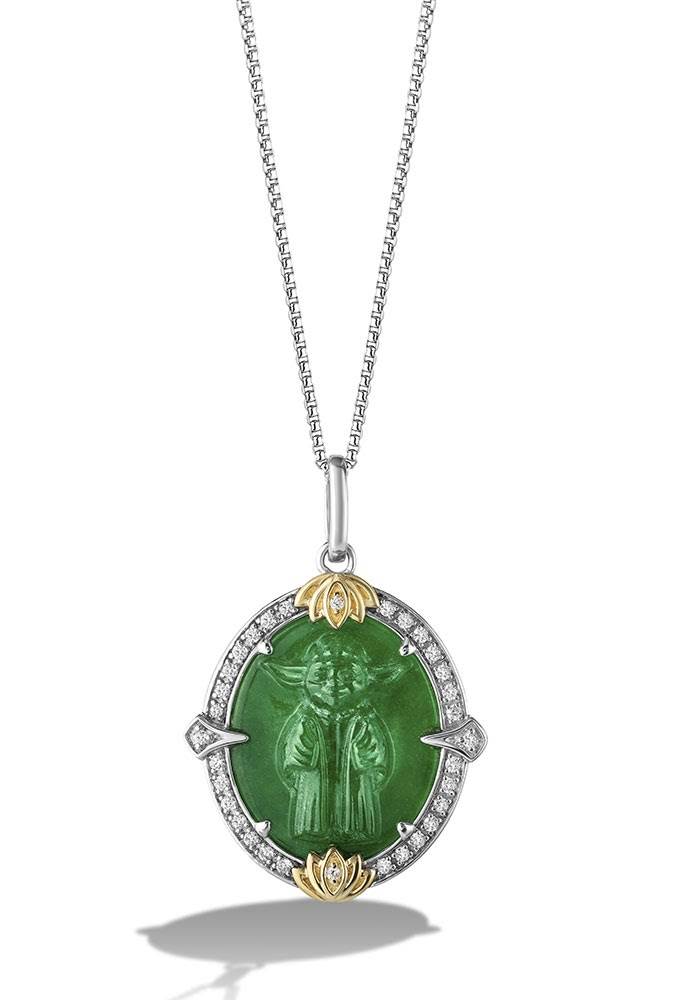 The Jedi Master Diamond Pendant ($499 from Star Wars Fine Jewelry) – Okay, now we’re moving out of the St. Patrick’s Day-specific stuff and just into stuff that’s green and happens to be Star Wars themed. This necklace reminds me of the movie Return to Oz when the Gnome King makes Dorothy go into that room and try to pick out which items her friends had been transformed into, and it turned out it was all the green stuff, because of the Emerald City. That movie is pretty rad. The Mandalorian The Child Green Tea ($13.50 from Republic of Tea) – The Child may indeed be the color green, but this supposedly “green” tea is not. To be honest, the beverage in the glass looks more like… liquid sunshine. Gamorrean Fighter Concept Maquette ($499 from Regal Robot) – Did anyone else notice how much more svelte the Gamorreans were in The Mandalorian vs. how they looked in Return of the Jedi? Did all these pig monsters collectively decide to go on a diet regimen together during that five-year gap in the timeline? 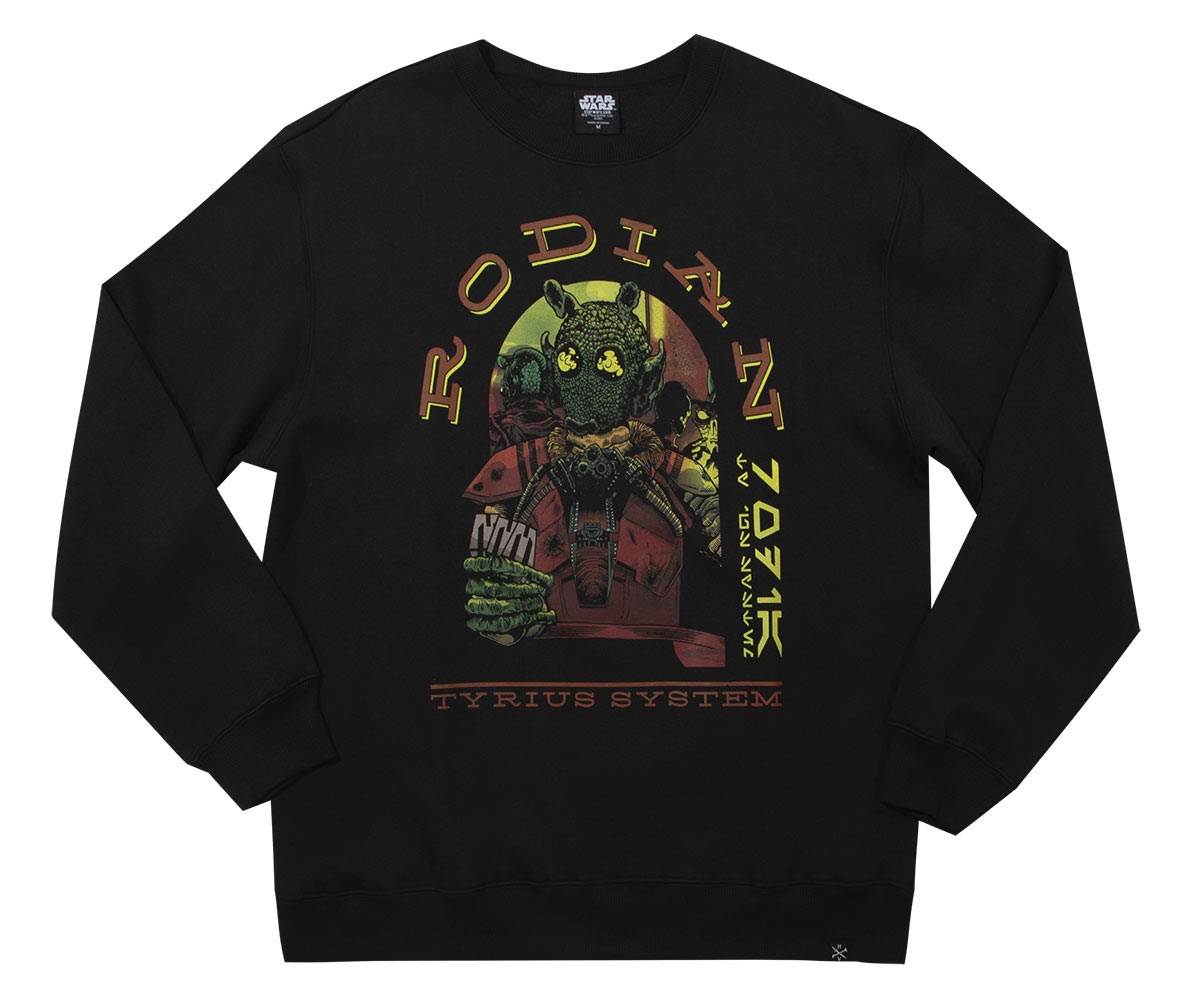 Star Wars Rodian Sweatshirt ($68 from Heroes & Villains) – Greedo is the original green Star Wars character, and don’t ever let anybody tell you any different. 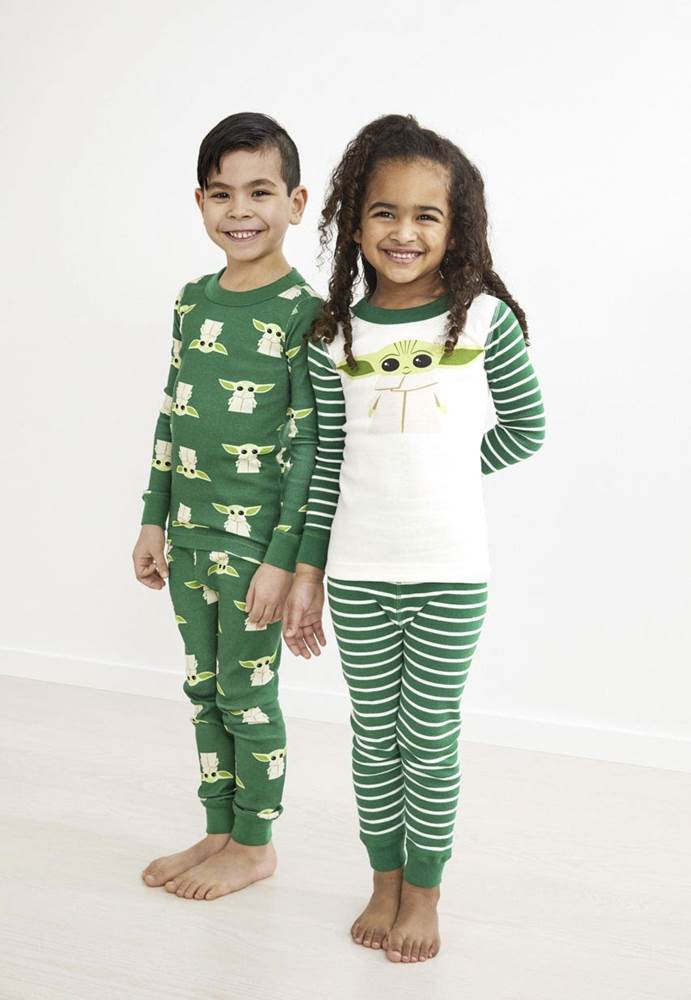 Star Wars The Child Matching Pajamas (various prices from Hanna Anderssen) – Kids love Baby Yoda. But do you think these kids wonder whether Baby Yoda was murdered by Ben Solo when he became Kylo Ren and massacred all the students at Luke Skywalker’s Jedi training academy? I’d love to hear their theories on this. 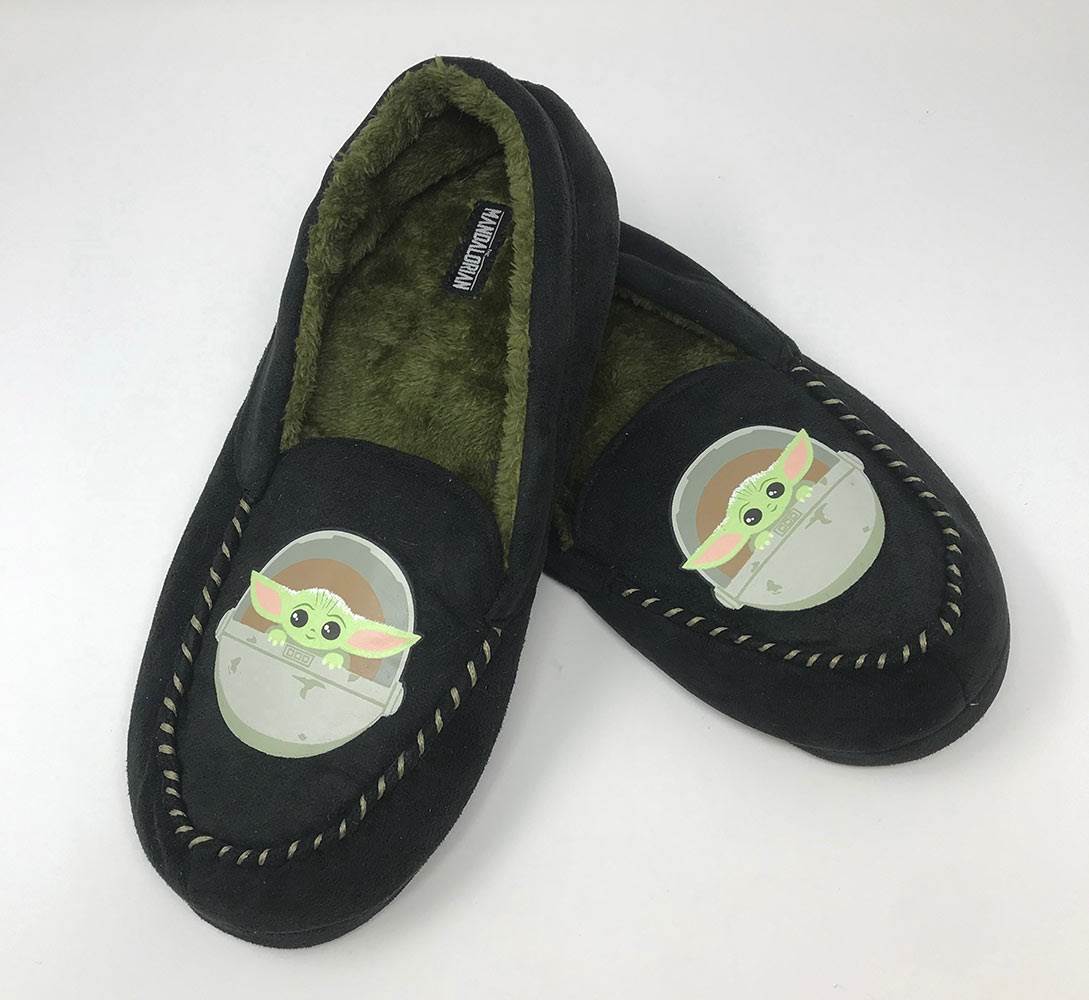 The Child Moccasins ($24.99 from Ground Up) – I just noticed “Grogu” kind of rhymes with “snowshoe.” Somebody should use that in a rap. 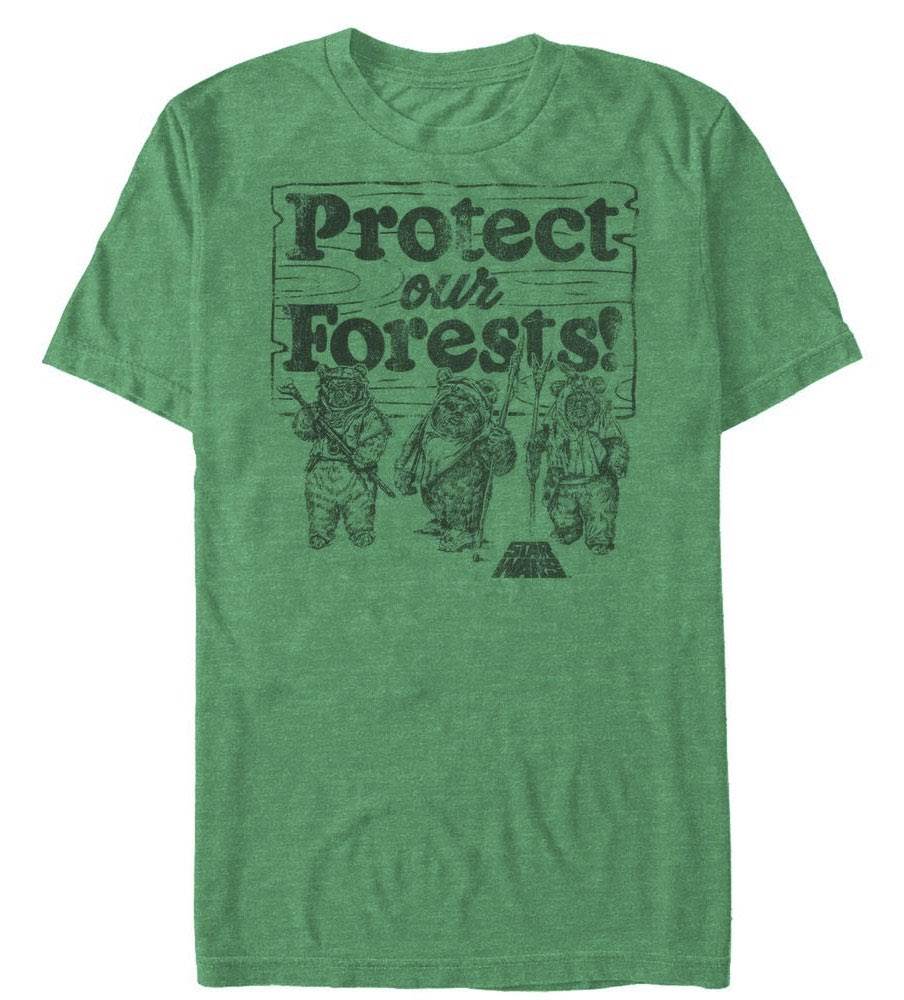 Protect Our Forests T-shirt ($25.99 from Fifth Sun) – The Ewoks seem perfectly capable of protecting their own forests based on the combat prowess they displayed during the Battle of Endor, thank you very much. 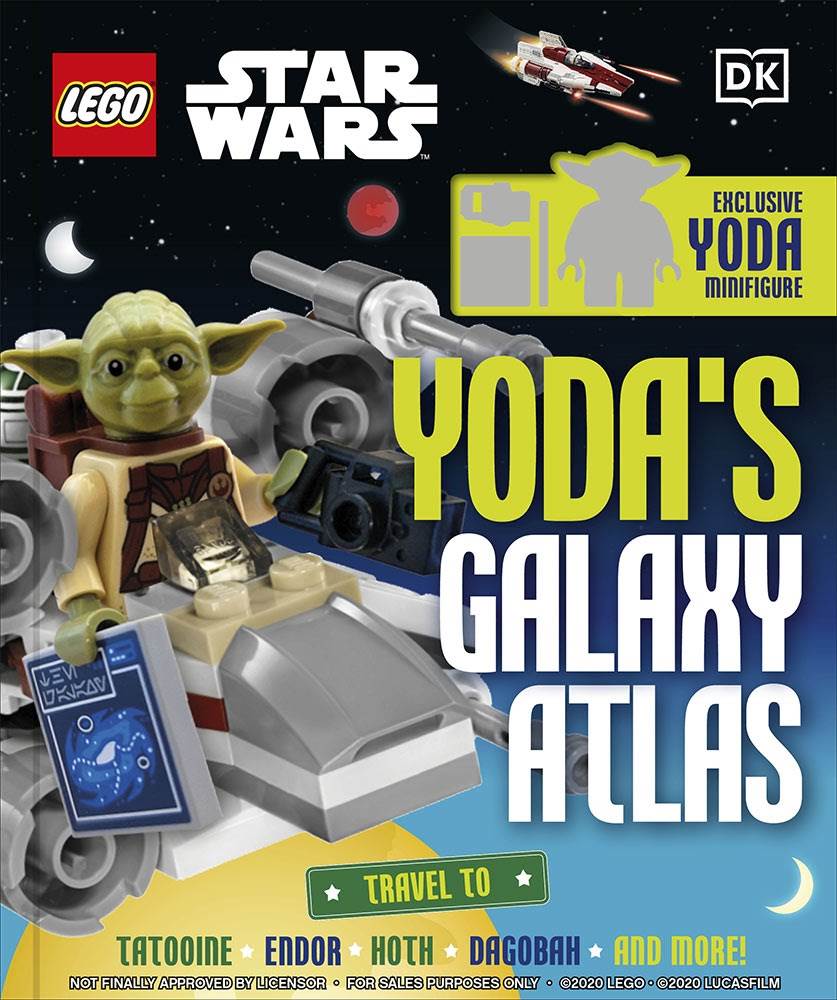 LEGO Star Wars: Yoda’s Galaxy Atlas ($14.99 from DK) – This book comes with an exclusive Yoda minifigure, because what better way to bribe your kids into reading than with toys? 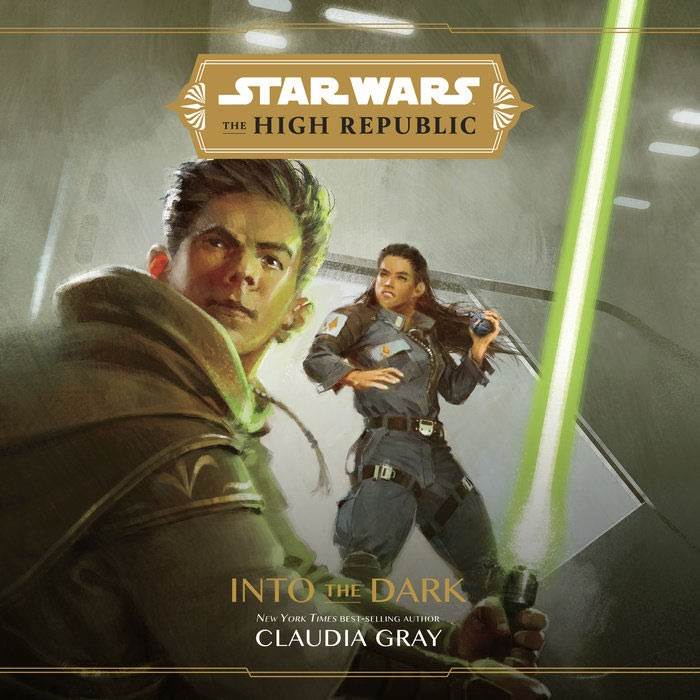 Star Wars: The High Republic – Into the Dark audiobook ($19.99 from Lucasfilm Publishing) – Speaking of avoiding reading, this may be the biggest stretch on the list. StarWars.com says they included it because the protagonist uses a green lightsaber, but come on. It’s a great book though, don’t get me wrong, but I haven’t heard the audio version. Maybe the reader speaks in an Irish accent.