This Earth Day, Disney+ and National Geographic invite audiences to learn the Secrets of the Whales through a 4-part limited series made in collaboration with BBC Studios and OceanXplorers Media. In advance of the April 22nd premiere, producer James Cameron and photographer Brian Skerry joined Orla Doherty, a BBC producer on the series, for a special South by Southwest (SXSW) conversation about the project. Here is a recap of “Ocean Storytelling with James Cameron & Brian Skerry.” 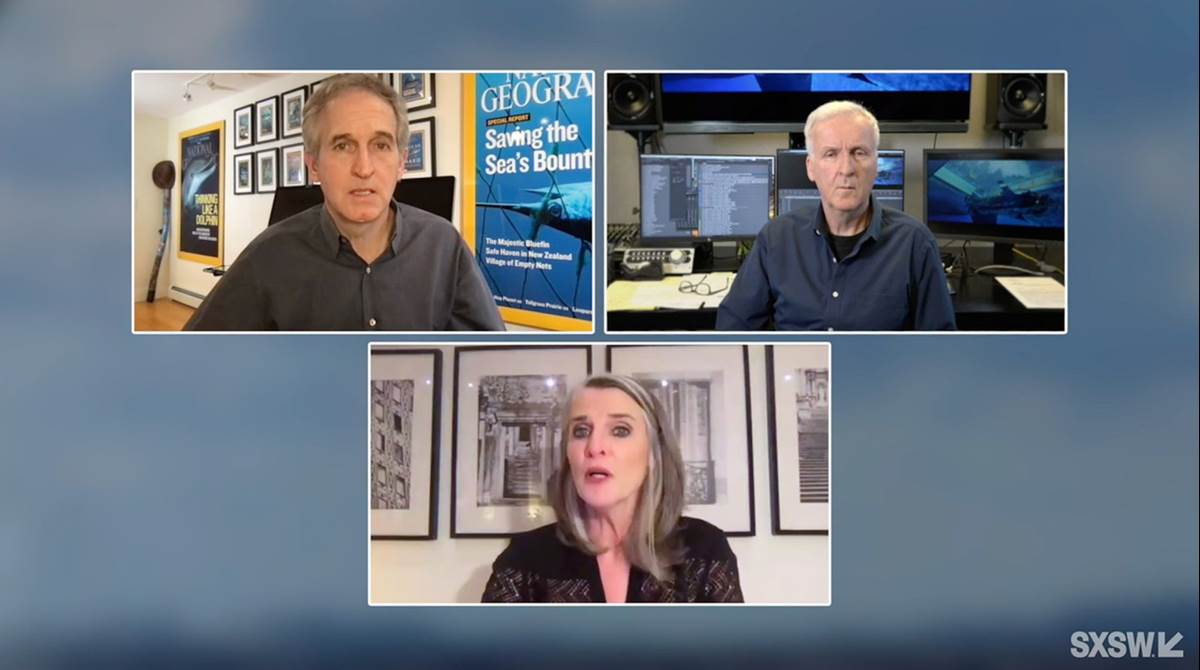 As a National Geographic Explorer, Brian Skerry has spent his career in the waters photographing and documenting sea creatures to help educate the world. “Over the past decade, I was looking at doing a multi-species project,” he revealed, settling on the culture of whales to showcase how diverse their personalities can be and how even different pods within the same species develop unique cultural aspects that include approaches to child rearing, the types of foods they like to eat, and even what they do for fun. In many ways, it’s like the regional diversities of humans all over the world. “Using that lens of culture, I thought that maybe we could get people to see the ocean differently. It overtly isn’t about conservation, but I hope that it could have that dividend.”

Beyond his films that deal with ocean exploration, including The Abyss and Titanic, James Cameron is a National Geographic Explorer-at-large having produced many documentaries for the network, including Atlantis Rising and Akashinga: The Brave Ones. “It’s the kind of a challenging, daunting subject that appeals to me,” the producer explained about coming on board for this special project. “It’s also so important for people to understand how these creatures think and feel… because we won’t protect what we don’t love.”

A companion book written by Brian Skerry, also called Secrets of the Whales, will be released on April 6th with a forward by James Cameron that gives readers a behind-the-lens look at the making of the series. “What a lot of people may or may not realize… in underwater photography, we don’t have the advantages of our on land counterparts.” On land, photographers will set up a camouflage tent or hide in the brush to wait for a lion to appear. For Brian, he can only stay underwater for as long as his air supply lasts and with smart creatures like whales, scuba tanks create too much noise. He’s usually free-diving and part of the process includes getting the trust from the whales, who don’t view him as a threat, but potentially as competition for the prey they’re hunting.

One of Brian’s most memorable experiences over the three year filming process was being in the Norwegian Arctic swimming with orcas and describing it as “Being examined by a super computer.” Their echolocation superpowers are sensitive enough to sense if a female human is pregnant, possibly before she’s aware of it herself. Another amazing orca encounter happened in New Zealand where he witnessed them hunting stingrays, knowing to flip them upside down do induce sleep before they take their first bite. Following one, a female dropped her stingray, apparently offering it to Brian, viewing him as an underfed creature. 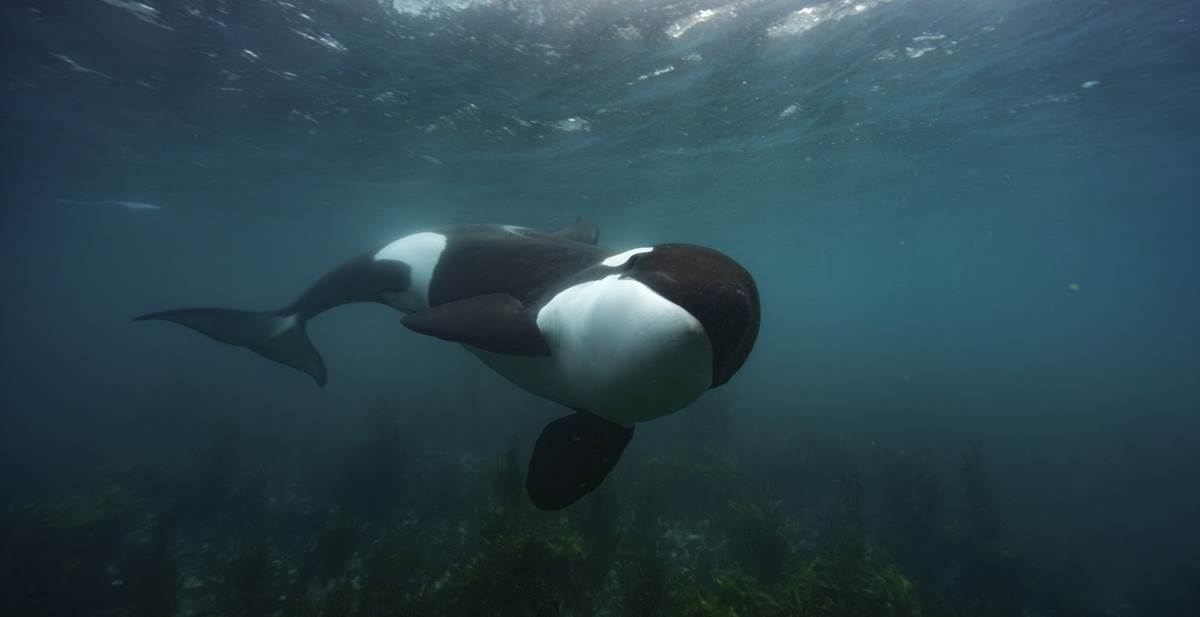 “They have this international cuisine preference, they’ve figured out how to go for the ethnic foods they like to eat,” Brian Skerry explained, sharing that different pods of orcas, even in the same region, prefer different foods. Herring, seal pups and stingrays are all on the menu, but fishing boats have changed some of their habits. “More often these days, they’re hanging out next to commercial fishing boats where they can get a free meal. I call it takeout food,” the ocean explorer joked.

As Brian Skerry stated, the four-part series doesn’t hit viewers on the heads with a climate change message, but he hopes it’s something they still take away. From the quiet canadian arctic breeding ground of beluga whales being disturbed by an increase in loud ship traffic to a family of orca leading an underwater funeral procession for a dead baby, who most likely died due to an increase in toxicity being absorbed by whales due to plastic pollutants in the oceans, the signs of mankind's detrimental impact to whales and ocean life in general is hard to ignore.

“It’s inescapable that they’re being poisoned by us and deafened by us,” James Cameron explained about some of these scenes caught on film for the series. “It’s not going to just go away, they’re going to continue to decline… We barely understand these animals. I think we have to, as a society, we have to think about doing it better.” Throwing out a few small ways that anyone can help, reducing your meat and dairy consumption can help cut back our agricultural footprint, where runoff ends up in the oceans from as far as 1,500 miles inland “They’re quite sophisticated animals,” he added, sharing a story of three male orcas off the coast of Spain who have been attacking and disabling sailboats. “What are they thinking? Are they starting to get angry? Because we don’t want them to be angry… but if I were in their fins or in their shoes, I’d be damn angry.”

While current trends suggest that things will only get worse for whales and all marine life, and by extension all life on earth, both Brian Skerry and James Cameron don’t feel that all hope is lost. Asked to sum up their outlook in three words of less, they gave these poignant answers:

You can stream all four episodes of Secrets of the Whales starting April 22nd only on Disney+.