The American version of the hit dog-grooming reality competition series Pooch Perfect is set to debut on the Disney-owned ABC network next week, and in promotion of the Rebel Wilson-hosted show an interactive fan event took place this past weekend in Century City, California.

I arrived at the Westfield Century City outdoor shopping mall prior to the 10 AM opening of the Pooch Perfect event to check it out on Saturday, and below is a short Twitter video of what I experienced at the activation.

This Pooch Perfect interactive experience featured a catwalk (dogwalk?) video opportunity, giant hair dryer and fire hydrant photo ops, an enclosed pen where dogs would be appearing in person later in the day, hand sanitizers to keep attendees as safe as possible during their visits, and seating areas for those needing to take a breather. 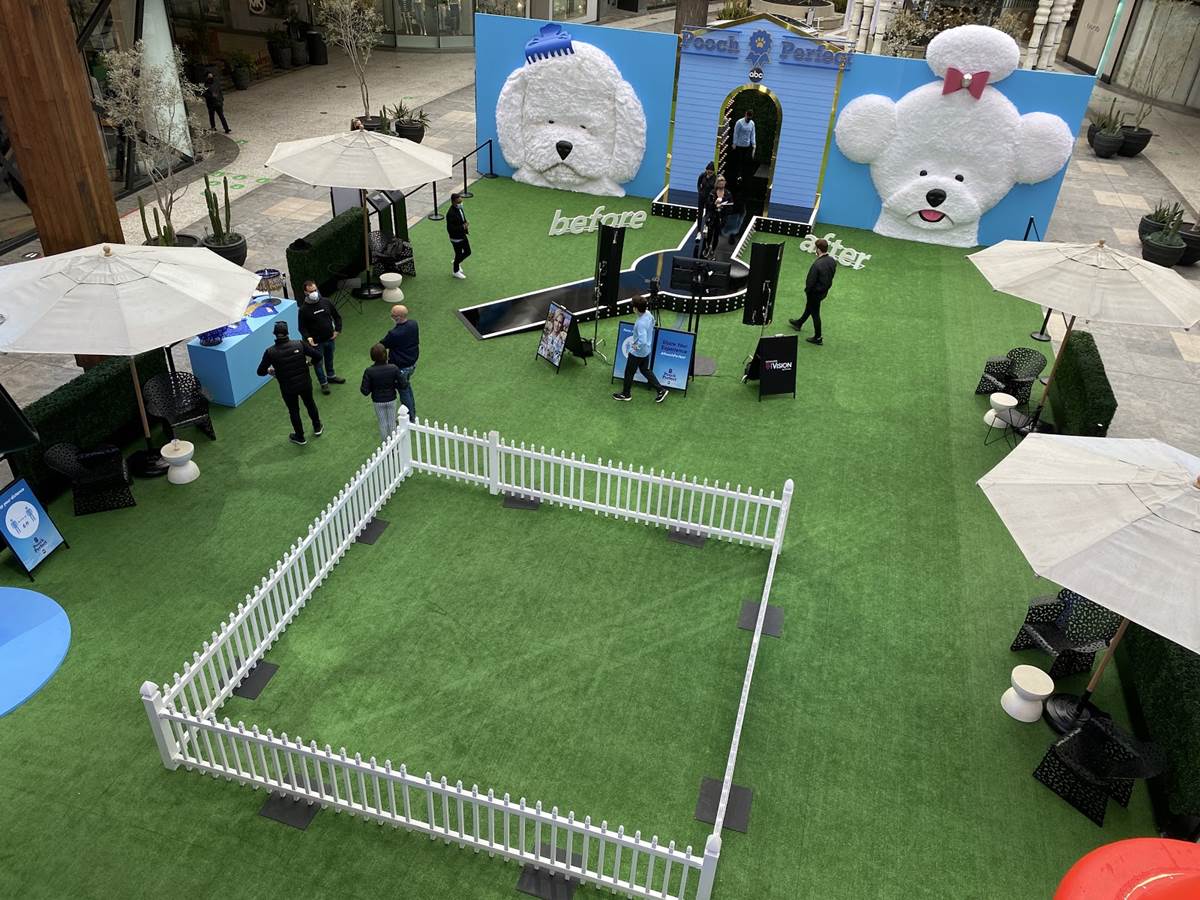 Scattered around the roped-off area were also a-frame signs promoting Pooch Perfect, another photo op that looks like a food bowl, and a table sporting complimentary bandanas that guests were welcome to take home for their own furry friends. And the best part about this experience is that it was pet-friendly, so participants were welcome to visit with their canine companions. Plus, the Pooch Perfect fan event will be making its return to Los Angeles next weekend (March 27-28) at The Grove shopping mall next to the famous L.A. Farmer’s Market. The activation will then move to Orlando, where it will take place at Walt Disney World’s Disney Springs from April 5 through April 8, though that iteration will unfortunately not allow pets. 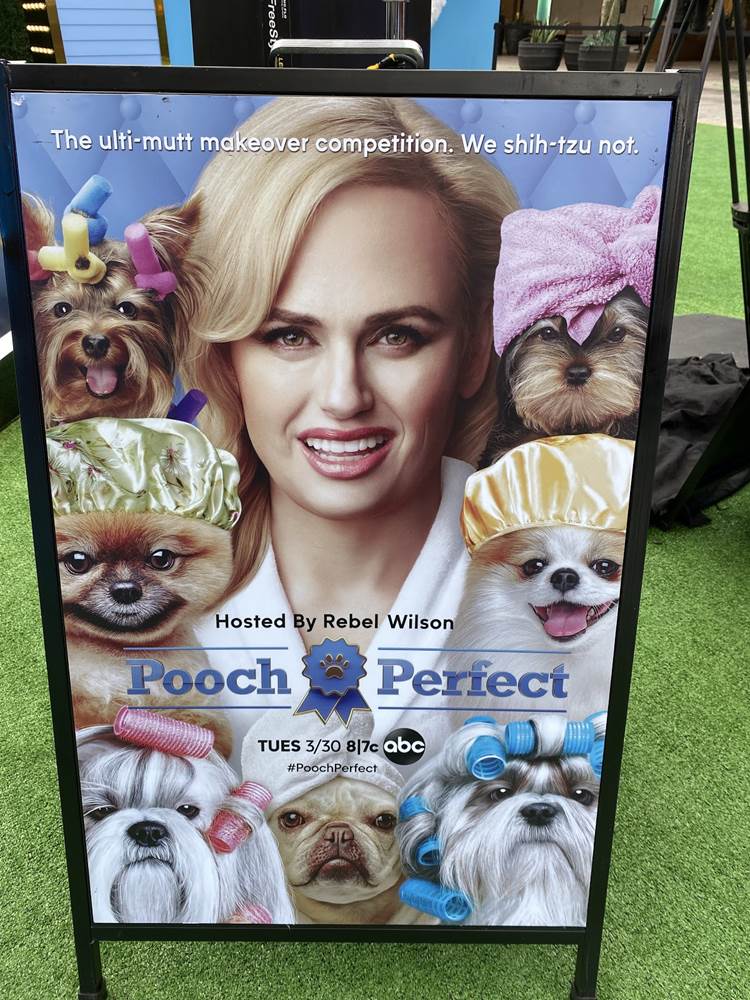 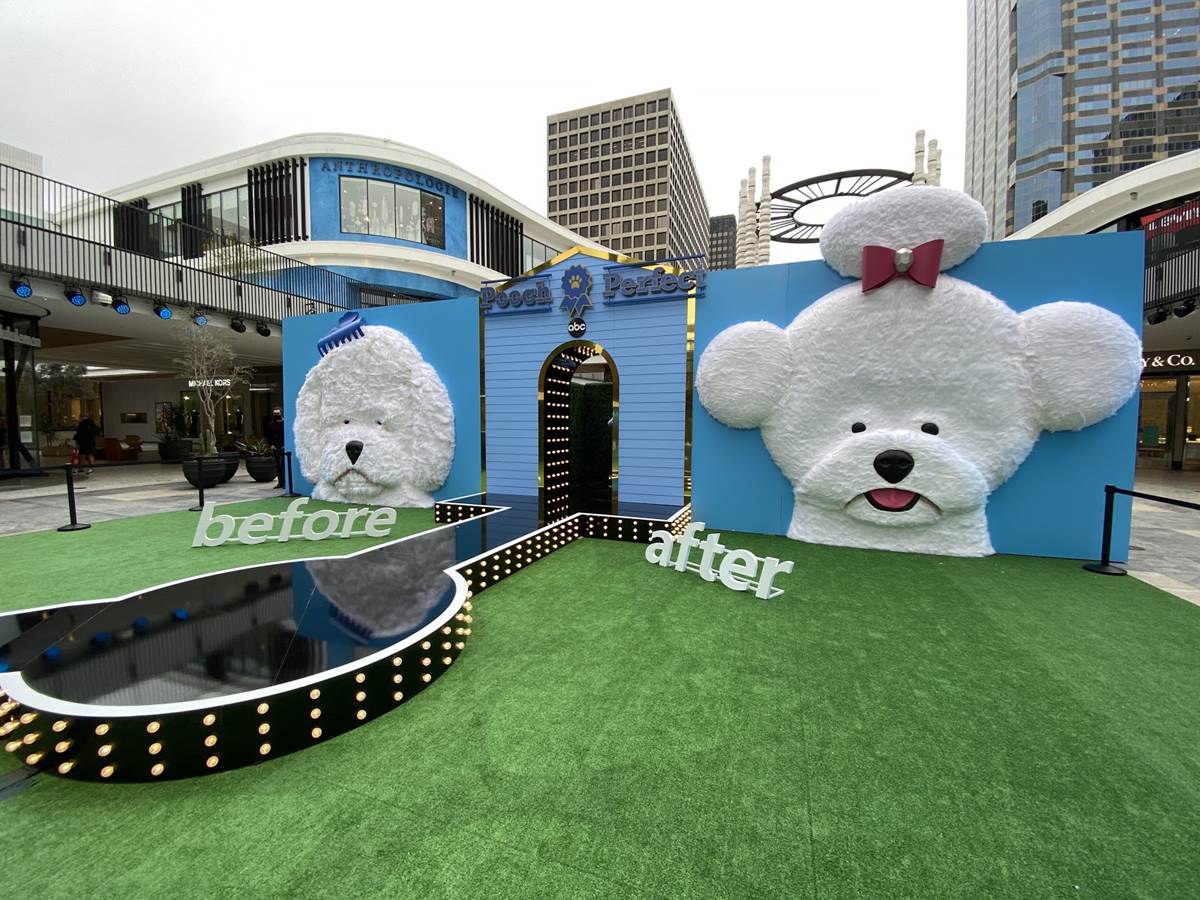 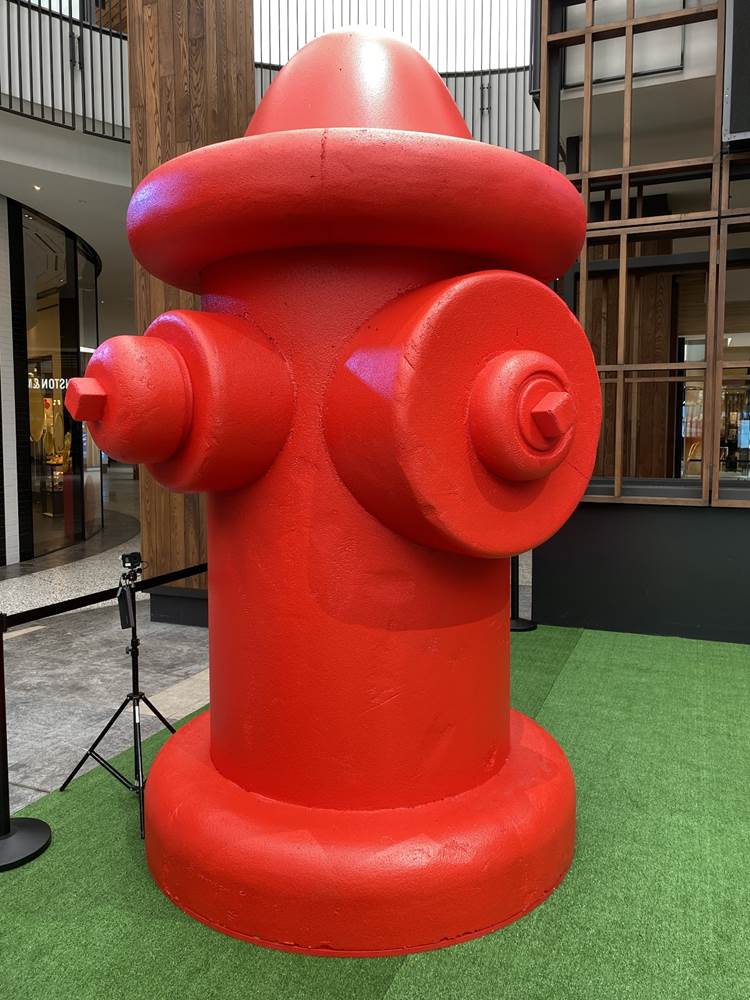 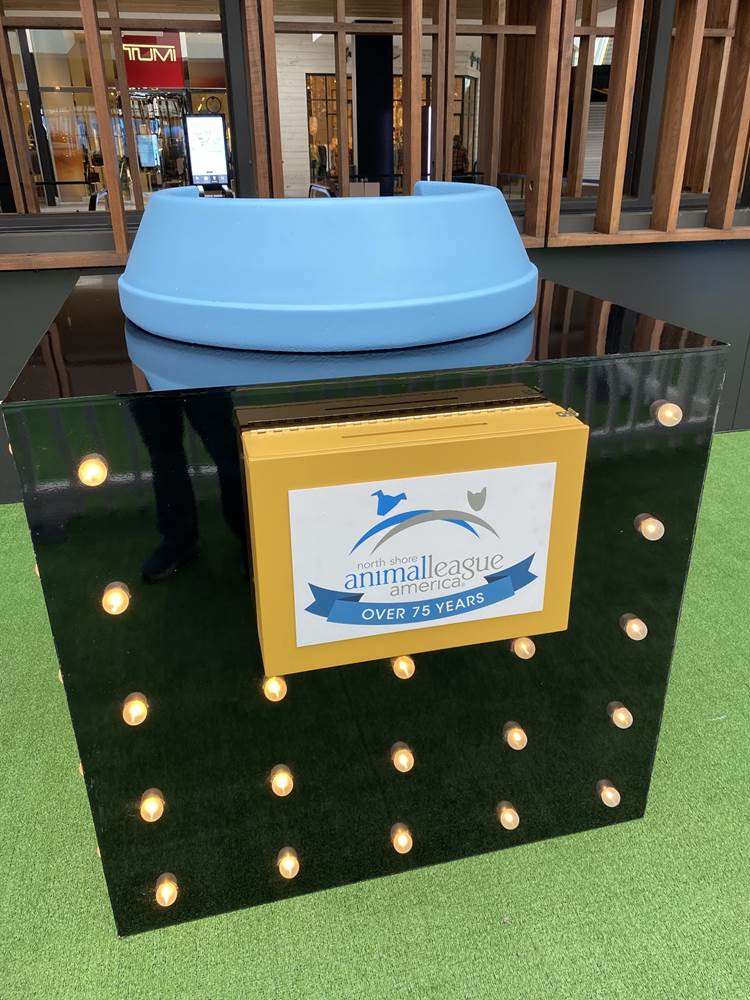 While I didn’t see Rebel Wilson herself hanging around the Pooch Perfect activation, I did take a spin on the dogwalk and received my video via email after entering my information on one of the provided tablets. What do you think? Do I have the right stuff to compete on Pooch Perfect or am I just the wrong species?