Hello and welcome to the first of seven installments of Laughing Place’s regular recaps of the new official DuckTales podcast entitled This Duckburg Life. The podcast premiered this morning on the Disney XD YouTube channel and features the vocal talents of many of the popular animated DuckTales reboot’s recurring cast.

This Duckburg Life – Episode 1: “Adventure Calls” begins with Launchpad McQuack’s (voiced by Beck Bennett) outgoing answering machine message, hilariously explaining the function of the device and asking the caller to leave a message. Naturally the caller turns out to be Launchpad himself who only wants to pose himself an existential question: “What if your hands were feet and feet were hands? Call me to discuss.” Then we get an introduction to the show from Huey (Danny Pudi) about how he’s created This Duckburg Life to go out into Duckburg and look for great stories. “But sometimes, the best stories land right on your personal pilot’s answering machine.”

We then hear another of Launchpad’s answering machine messages, this time reminding himself of a shopping list– including “jet fuel, but for airplanes” as we hear the sound of the Sun Chaser’s engines failing. “This is the kind of message Launchpad leaves for himself,” Huey explains, as the pattern continues. We hear further messages from Launchpad’s machine, including a call from Huey’s brothers Dewey (Ben Schwartz) and Louie (Bobby Moynihan) asking Launchpad to pick them up from Funzo’s Funzone after they got kicked out for attacking one of the games. More calls from the boys explain that they’ve been kidnapped by a Beagle Boy posing as a ride-share app driver. “A normal day,” comments Huey as he begs listeners to “keep ahold of your tails” as the story continues. 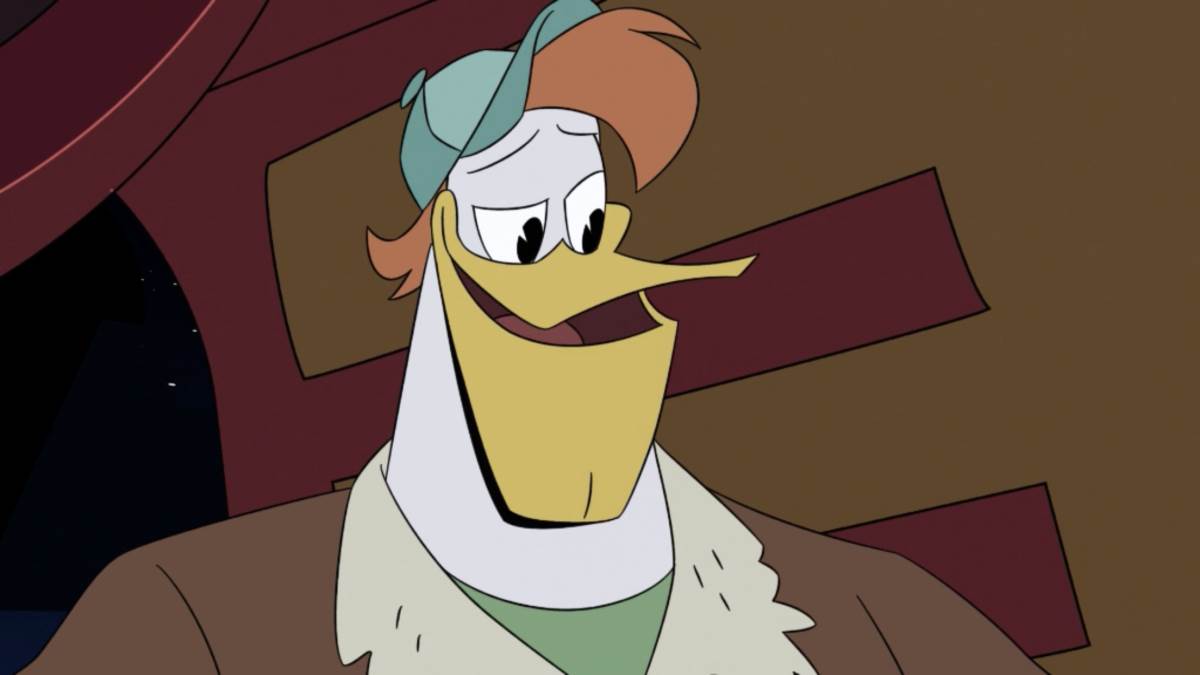 We then get a commercial starring Webby Vanderquack (Kate Micucci) promoting her McDuck Manor Petting Zoo, where guests can interact with a wide variety of mythical creatures collected on the Duck family’s adventures. “Uncle Donald, never stare a shape-shifting demon in the eyes!” Webby exclaims as we hear Donald’s (Tony Anselmo) usual frustrated reaction. Act two of Huey’s story then begins with an answering-machine message from Big Time Beagle (Eric Bauza) demanding ransom for Dewey and Louie. Then Louie calls, having escaped from the Beagle Boys’ junkyard, but claiming on his way out he spotted the ancient artifact known as the Hand of Hammurabi, which the Beagles have evidently stolen. Louie plans to steal the relic back, while Big Time insists they still have the kids in their custody.

A call from Dewey explains that they have the Hand in their possession but suddenly the mystical object transports them to a Tibetan den of thieves. He begs Launchpad to come rescue them once again: “I am… freakin’ out.” But then Dewey and Louie are thanked by the thieves for returning the hand and they celebrate with a ping-pong tournament, while Big Time desperately asks for a ransom once again: “If you happen to see the kids, you should still consider them took. We are doing a free-range kidnapping.” The boys manage to anger the thieves in the ping-pong tournament and are in need of rescue again, and we get a second commercial for Webby’s petting zoo. 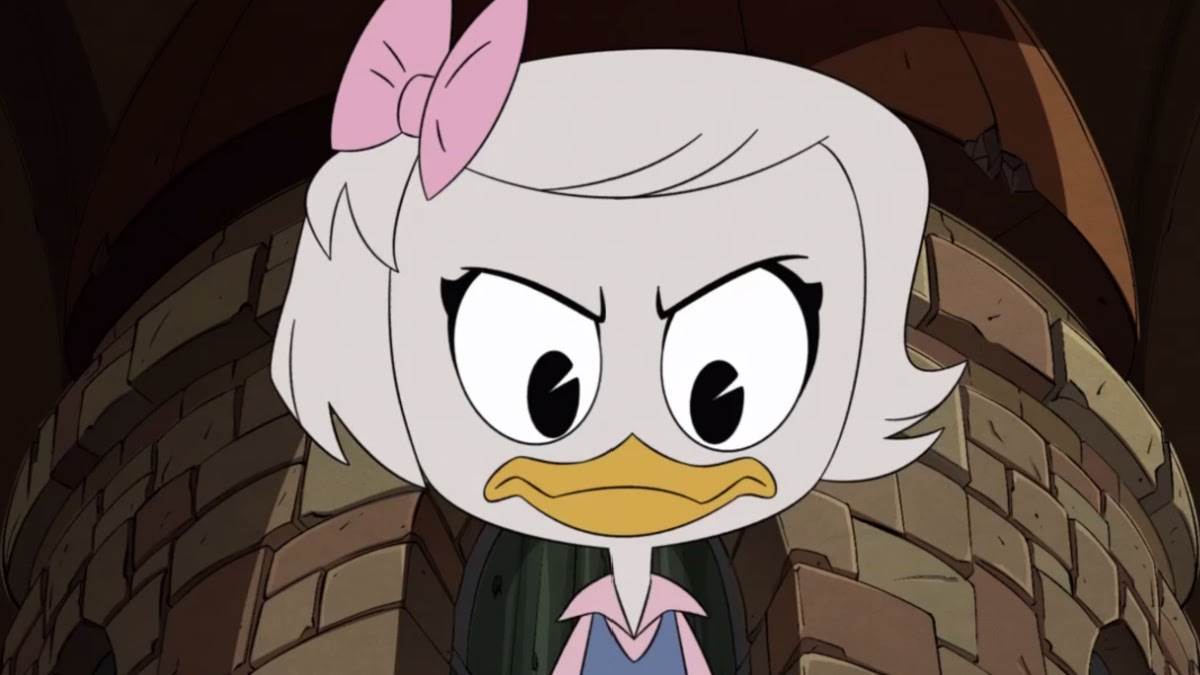 The final act of Huey’s story starts off with Dewey and Louie having been sent by the thieves through a portal to “some kind of extra-dimensional crazy space” (a running gag about Dewey dropping a pin for Launchpad to pick them up really pays off here). The boys explain that in the newfound white void they start to gain super powers and encounter a strange omnipresent entity who asks them a riddle. Big Time’s demands for ransom get increasingly pathetic, while the boys trick the entity with their own unintended riddle about cell phone reception. They’re granted a wish for anything in the world, but to their regret they only wish to be returned to Launchpad’s home so he didn’t have to go get them. “Make yourselves at home. I’ll be right back; I have to go pick you guys up from Funzo’s,” says Launchpad upon finding the nephews at his door.

“Was this a wild adventure, or just another day in This Duckburg Life?” asks Huey, and we get a third commercial from Webby, who explains that things didn’t quite work out with her exotic petting zoo, but is now putting the monsters up for adoption. “I got a bunch of centaurs in need of their forever home!” Uncle Scrooge (David Tennant) pipes in with his irate insistence that Webby get all the creatures out of his backyard. Then Huey brings Donald in to read the credits for the podcast in his trademark indecipherable voice. 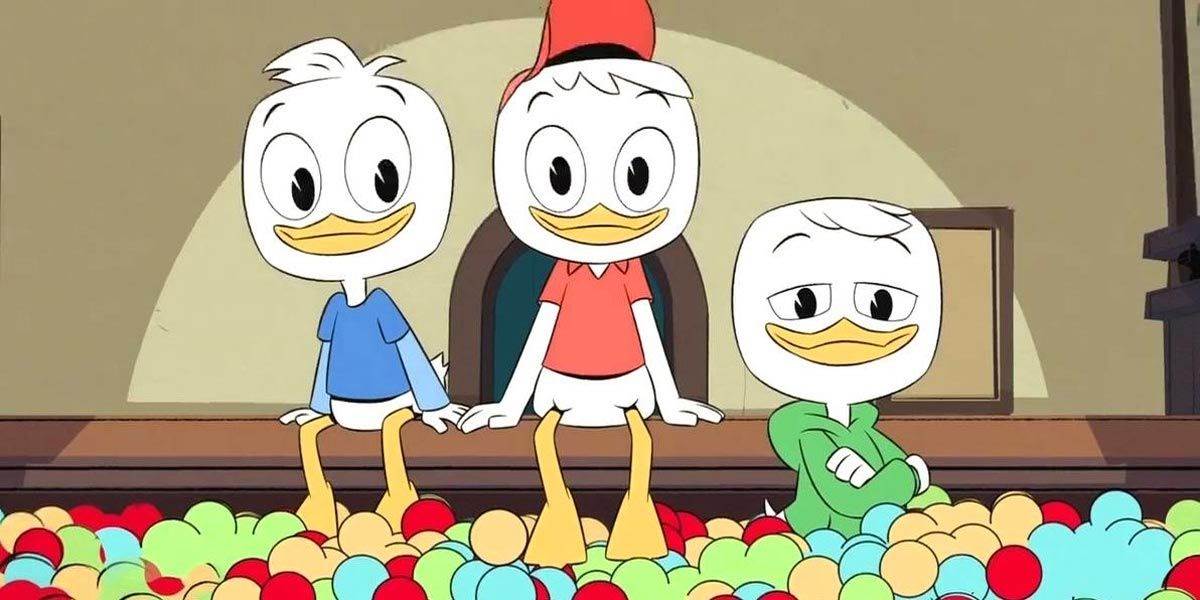