Disney Junior is set to launch their latest series, The Chicken Squad, on Friday, May 14th. We had the chance to chat with one of the show’s stars, Ramone Hamilton, about his role of Coop, his Hollywood legacy, and how he will be celebrating National Dance Like a Chicken Day. Laughing Place: We are all excited for The Chicken Squad, but can you tell us a little bit about your journey, yourself, and how you got to a place where you're one of the lead roles in this show?

Ramone Hamilton: Yes. Well, I started acting when I was six years old. This is always what I wanted to do, singing, dancing, acting. My grandfather was an actor. His name was Bernie Hamilton. He was a famous actor in the '50s all the way through the '70s, and his most famous show was Starsky and Hutch, which at one time was the number one show in the world.

But just seeing him really inspired me and I got into it. I've taken a whole bunch of acting lessons, voiceover classes, and as I like to say, when preparation plus opportunity equals success. So when I was given the opportunity to audition, I made the most of it and God blessed me and I'm here talking with you guys now.

LP: That's really cool. The show's premiering this Friday, so can you tell us a little bit about the show? We don't quite know a whole lot yet.

RH: Each episode features two 11-minute stories and it's about the three chickens, Coop, Sweetie and Little Boo, and their mentor, Captain Tully, who's a retired search and rescue dog. Each episode they go on adventures helping all their animal friends, and they learn how to become better community helpers. They problem solve, and it's all about working together, and building up your community.

LP: And so by joining the show, you're continuing a long Disney Junior legacy of shows like Jake and the Never Land Pirates, Vampirina, and Doc McStuffins. What does it mean to be part of that Disney Junior tradition?

RH: It's a real honor. Growing up that's all I used to watch. So for me it was Mickey Mouse Clubhouse. So to be on a Disney Junior show, hopefully, I'll be able to have the same impact, kids watching this show like Mickey Mouse Clubhouse had on me. But it's honestly, just a blessing and I'm super, super honored.

LP: So you talked about Mickey Mouse Clubhouse. Can you talk a little bit about the impact you think that show had on you growing up? How did it help develop you into who you became?

LP: So do you get to sing in The Chicken Squad?

RH: Yes. Yes I do. We've got a great music team. So that was really fun as well, getting to sing on the show. 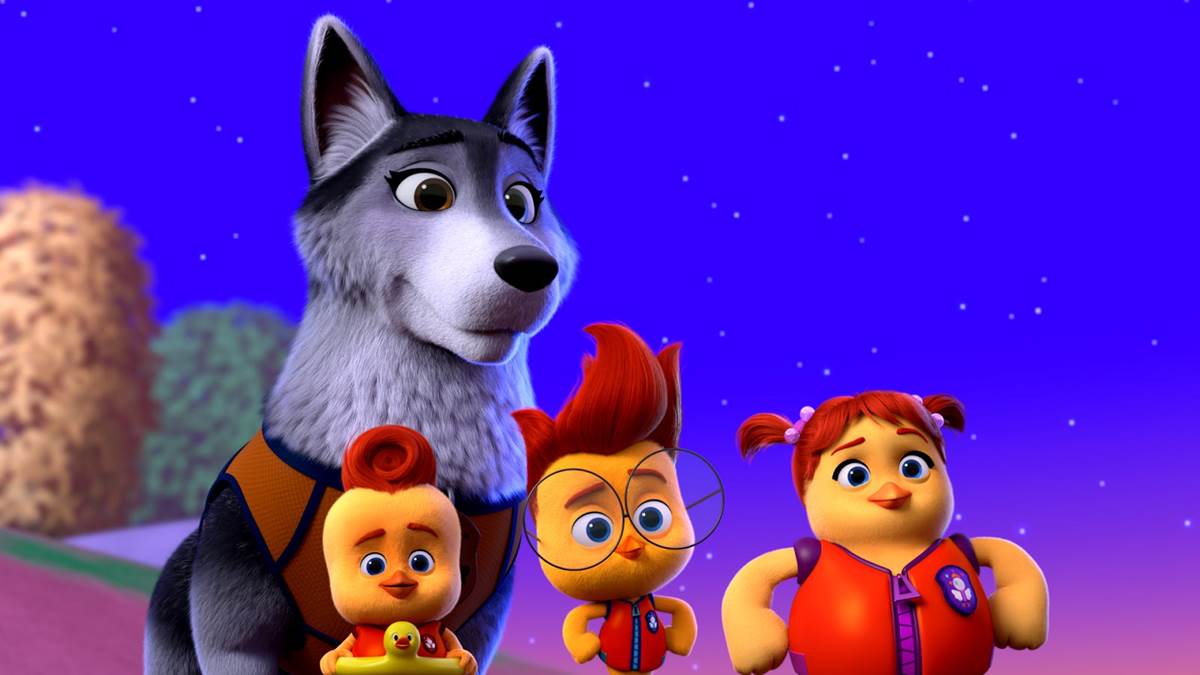 LP: When you are doing a voice acting role like this, how do you get yourself to get into that role, as opposed to some of the other roles you've done. I mean, you've had a quite a varied career even at a young age.

RH: Thank you. Yeah. I had to get into the role. Like you said, he's an anthropomorphic chicken, so he's definitely got those chicken qualities. They're all just young people that are just trying to try to chase their dreams, once again, and help their community. And that, I was just able to approach it like any other role, just make sure I have fun, prepare, know everything. The one thing I will say, though, I had a little bit of trouble in the beginning. We have to make chicken noises on the show sometimes, so that was the one thing, but other than that, I was just able to apply my same routine, and had success doing that.

LP: You work with a lot of great people on this show, Yvette Nicole Brown, who is like the patron saint of Disney at this point and you have some great guest stars coming like Tony Hale and Jane Lynch. Your name is in some great company. Are you star struck, or based on your family lineages, it doesn't phase you anymore?

RH: I approach it the same like I would anything else. Looking at the recurring voice cast, it's amazing the people that we have on the show. But I just look at myself, we're equals. We're all just actors trying to create the best show we can. But with Jane Lynch, I worked with Jane Lynch before. But other than that, I just try to have fun. I definitely prepare a lot.

LP: So now that you've crossed off iconic Disney character off your bucket list, where do you want to go next?

RH: Where I want to go next? Well, my dream has always been to be on like a national television series, like an NBC, ABC, Fox, HBO —  a series regular role. So that's my next goal right there.

LP: Well, great. I mean, you're well on your way. No matter what happens in your future, you'll always be a Disney character that will inspire kids for years to come, as they discover it on Disney Junior, and then eventually, presumably on Disney+. So my last question is how are you going to celebrate National Dance Like a Chicken Day on Friday, May 14th?

RH: How am I going to celebrate? Okay. That's a great question. Well, on Friday, I'm definitely going to be watching The Chicken Squad. That's number one. I'm going to be telling all my followers, everyone, all my family and friends, "Yo, we've got to watch. You guys have got to support, watch The Chicken Squad." I don't know. National Dance Like a Chicken Day. I guess I'll be dancing like a chicken. I might do a little something like that. I dance as well, so I've got some moves.