Walt Disney World’s 50th anniversary is coming up, with the big day just a few months away on October 1st. To get ready for the event, we at Laughing Place are taking a look at various parts of Walt Disney World, past, present, and future each day, with today a look toward the future. 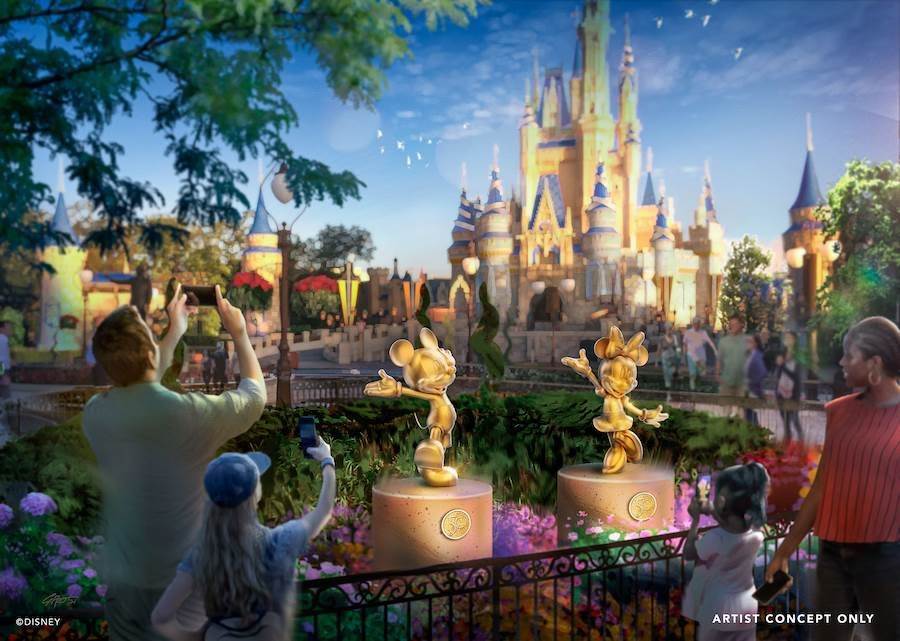 A few weeks ago, Walt Disney World announced that they would be putting up fifty golden statues around the resort of 50 different Disney characters, with members of the Fab Five already announced to be part of the fun. Over the next few months, Disney will be announcing the rest of the Fab 50, but with so much in the air, we decided to take a look at what characters may be included in the fun.

Because Disney hasn’t expanded on what franchises the characters are eligible to come from, I decided to focus solely on animated characters because those are the ones that I think would generally be considered classic characters and the most likely to be Fab 50 characters. With so many characters in the Disney pantheon, I chose 15 characters for this piece (well 15ish) with 5 characters each in the following categories: likely, plausible, and stretches. The likely ones I think are near locks to be in the parks based off of their significance to the company. The plausibles generally come from well-regarded films, but the characters are not necessarily the Disney A-listers (or they are villains). And finally, the stretches are still prominent characters, but either from old, non-classic films or newer movies that may not have had enough time to become classics yet, but I feel like they have specific areas in the park where they’d be a good fit. With that, let’s take a look at which characters may be joining the Fab Five as a part of the Fab 50.

Snow White (and all of the other princesses)

Snow White herself seems like a virtual lock to have a statue in her honor, with a couple of logical places to place the statue being near the Seven Dwarfs Mine Train and the Germany pavilion. No Fab 50 would be complete without the princess who started it all and whose success led to all the wonderful films we know and love. But while we are at it, I wouldn’t be surprised to see pretty much every princess who is part of the Disney Princess brand (pictured above). Each of the princesses has a pretty logical landing spot in the parks, especially with World Showcase, and they are all such iconic characters that one can only imagine the outrage of any missing princess. 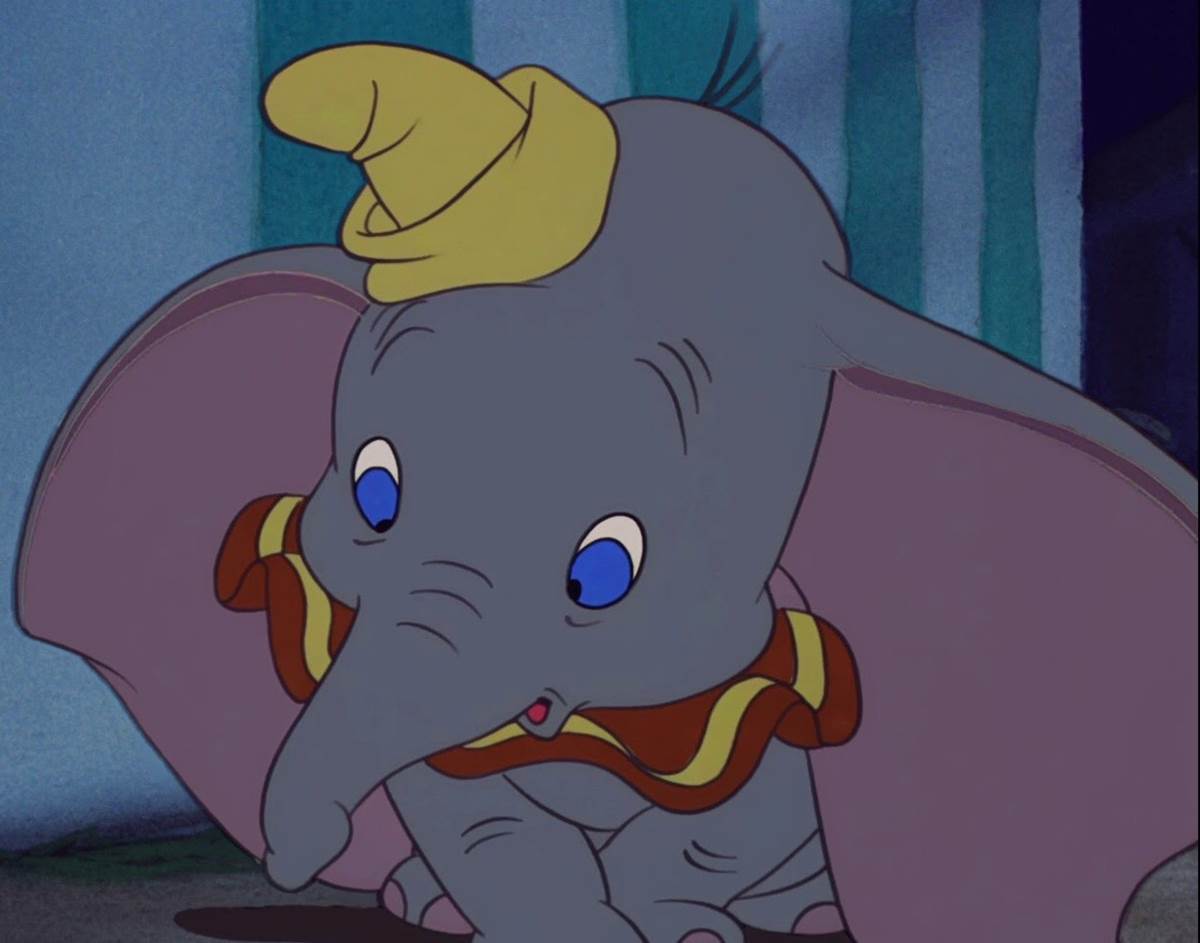 Dumbo is another highly likely choice because it looks like the Fab Five characters will be primarily congregating in the Hub area, so if Storybook Circus is going to get representation, Dumbo seems like the choice. In addition to being a classic character, the main reason Dumbo stands out as an obvious choice is that for Disneyland’s 50th anniversary, one of the Dumbos on the attraction was painted gold to commemorate the Golden Anniversary, so what would be a more fitting tribute than another golden Dumbo appearing across the country? 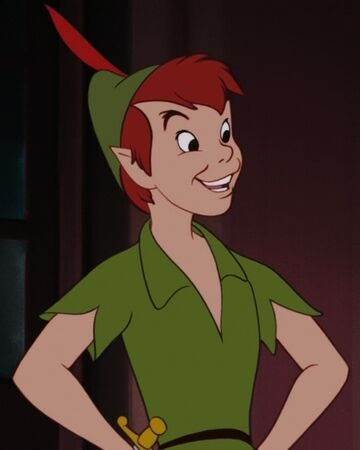 Peter Pan is the perfect choice for the England pavilion at Epcot because he could add some cool visuals to the land if he was placed up in the sky flying around. But also, Peter Pan is just such an iconic character, representing youth and wonder that his presence would bring a lot of that youthful naïvety to Epcot that sometimes gets skipped over in the park. 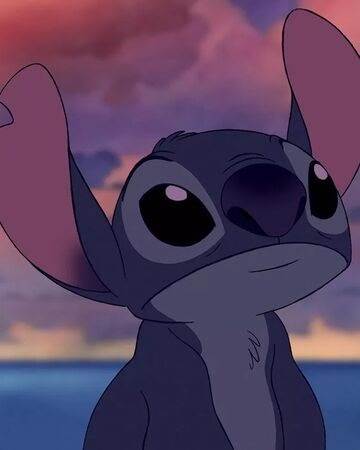 Though the Stitch love has obviously faded since he took over the Magic Kingdom in 2004, he’s still such a fun character who international guests especially tend to love. Plus, he has a ton of versatility in where his statue could be placed with Tomorrowland and Adventureland being the main possibilities, but I wouldn’t rule out a spot right near Mission: SPACE, either. 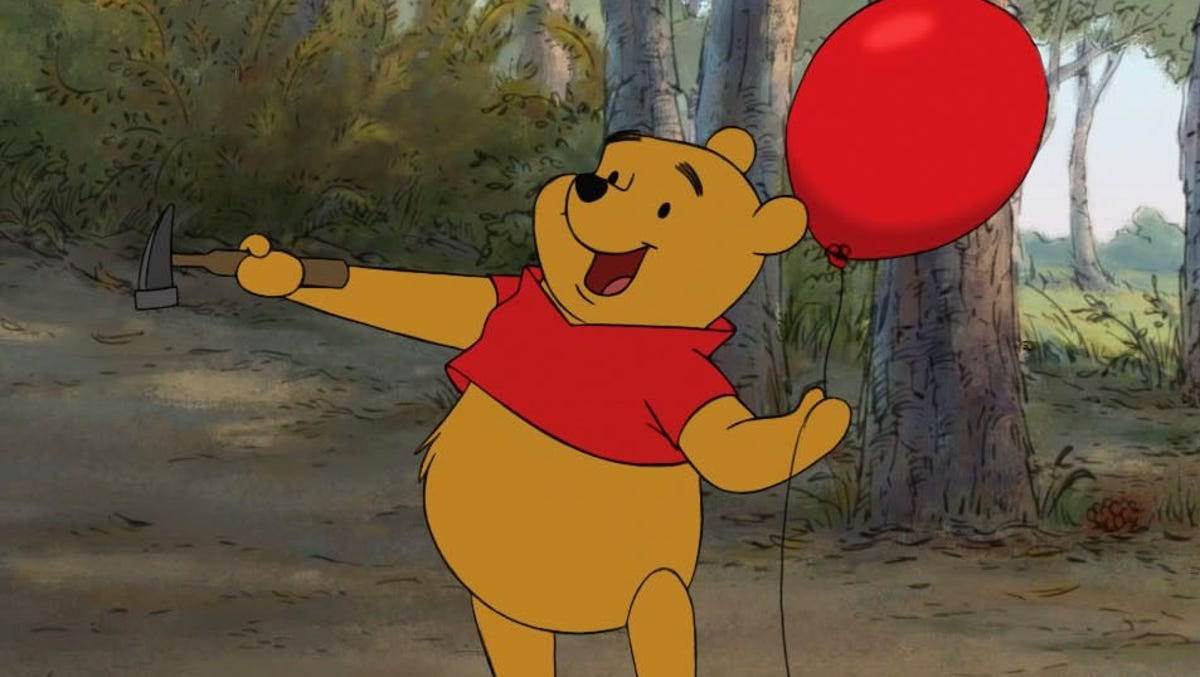 Finally, we come to the last of our likely choices, Winnie-the Pooh. Sometimes, I almost think of Pooh and his friends as a secondary Fab Five, since it can be so hard to separate them in one’s mind, and while I don’t think we’ll see characters like Tigger and Piglet get a statue, I would be shocked to see Pooh not get one, with a spot right next to his attraction serving as an ideal spot. 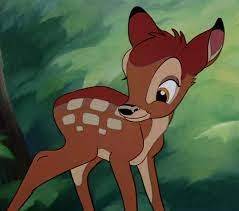 I love Bambi as much as the next person (if not more than the average person), so its lack of a park presence is definitely a bummer. I mean, I get it because Bambi is not the easiest film to adapt into an attraction, so I feel like a golden Bambi statue in Animal Kingdom would be the perfect way to finally give some theme park love to the classic film. 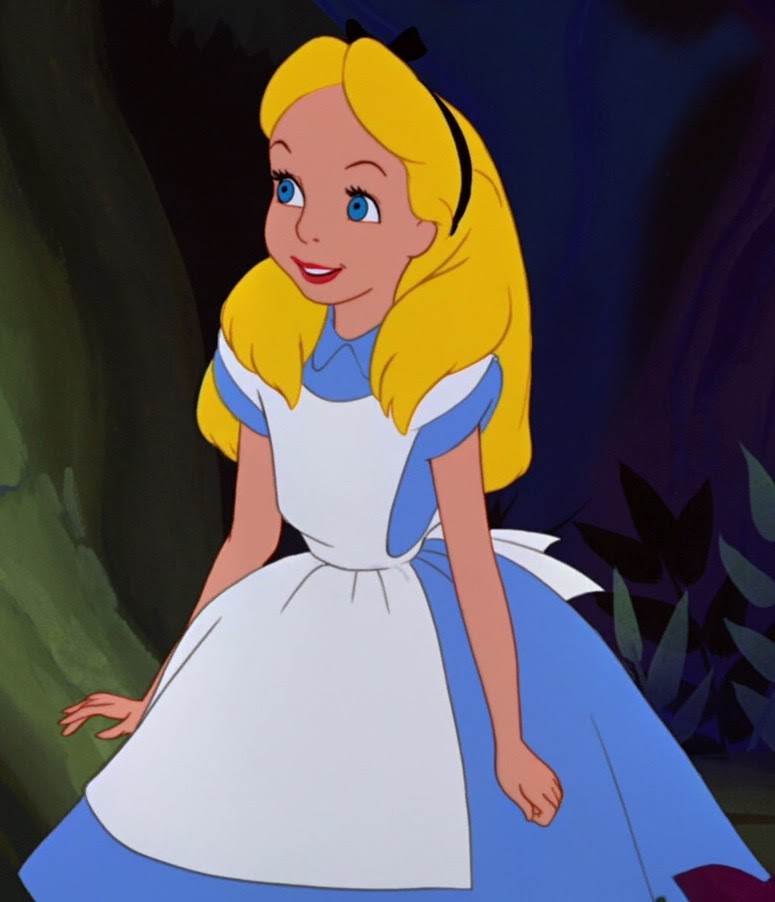 If Peter Pan falls through for the United Kingdom pavilion, I’d love to Alice hop in and take the spot. She already does meet and greets there often, so a statue would feel right at home in the area. To me, Alice has always felt like a borderline Disney princess because while not a princess by any means, she kind of carries herself with the air that princesses do in that she is curious and looking for answers to the big questions. Of the films released in the last twenty years, I think Judy Hopps has the best chance of being in the Fab 50, outside of Anna and Elsa. Zootopia is the only Animated Classic (other than the two Frozen films) to cross $1 billion at the worldwide box office and is primed to have a larger theme park presence in the next few years, starting with the land coming to Shanghai Disneyland soon. Though I understand the argument of not including Zootopia at Animal Kingdom, I think a statue of Judy Hopps would be a perfect fit there. 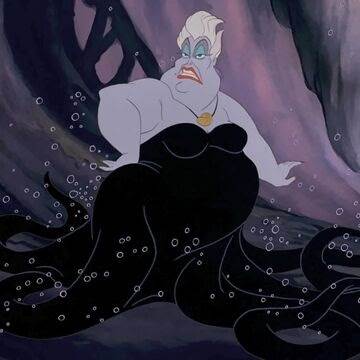 I’ll be honest, I really hope that Ursula is not one of the characters because she still scares me a bit to this day. That being said, she is one of the most iconic Disney villains, so she is deserving of a spot, either near the attraction or what would be more fun, right near the Living Seas. Plus, she would be a pretty interesting looking statue with all six of her tentacles. 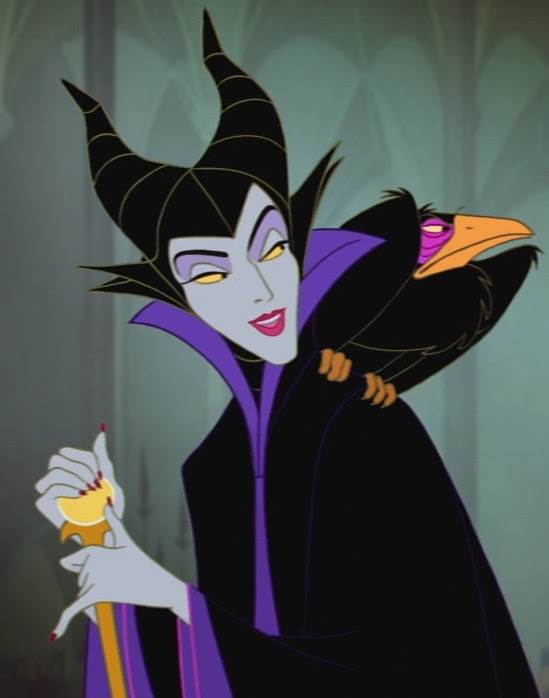 Now, I’m still not sure if they’ll include villains, though I’m inclined to think that they will and if they do, Maleficent would have to be one as the Mistress of Evil. Where she would go is an interesting question, but I think she may be a fun addition on the walkway to Fantasmic with her prominent role there. Many Walt Disney World fans are still bummed that Winnie-the-Pooh took over Toad Hall, and though some portraits lived on in the attraction, I think the best comeuppance would be placing a golden Mr. Toad right outside The Many Adventures of Winnie-the-Pooh. 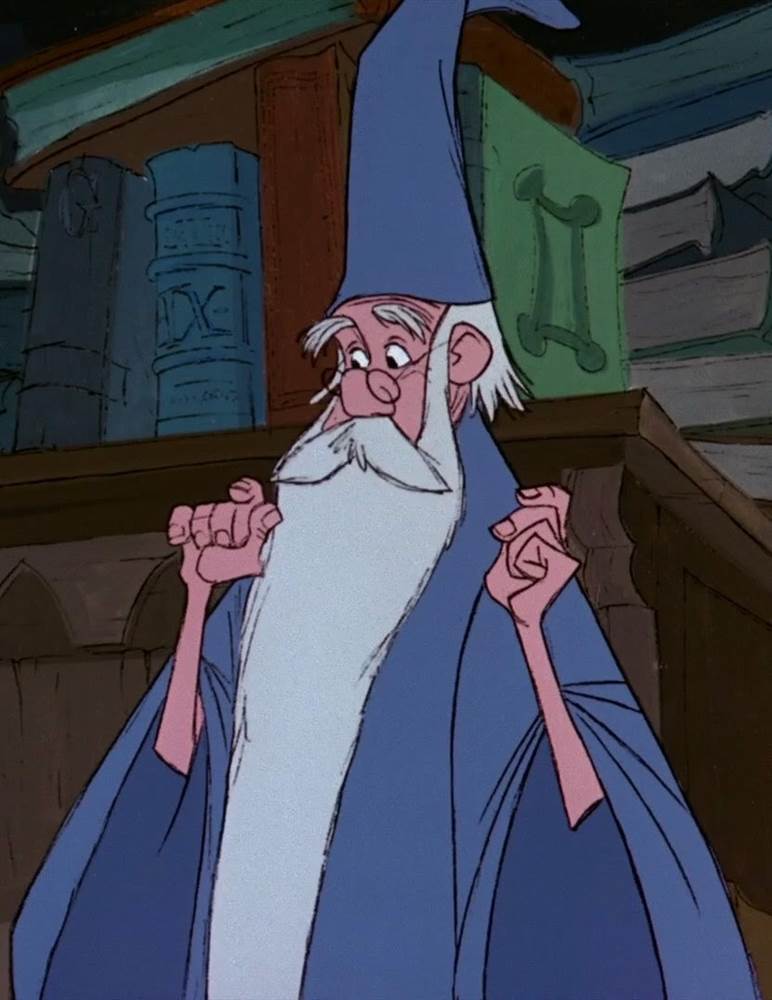 Another older, oft-forgotten Disney film is The Sword in the Stone, but its parks representation is front and center with the eponymous object right in the middle of Fantasyland. I’d love to see the quirky Merlin make his way into the Fab 50 as a nice nod to the end of Sorcerers of the Magic Kingdom, as well. 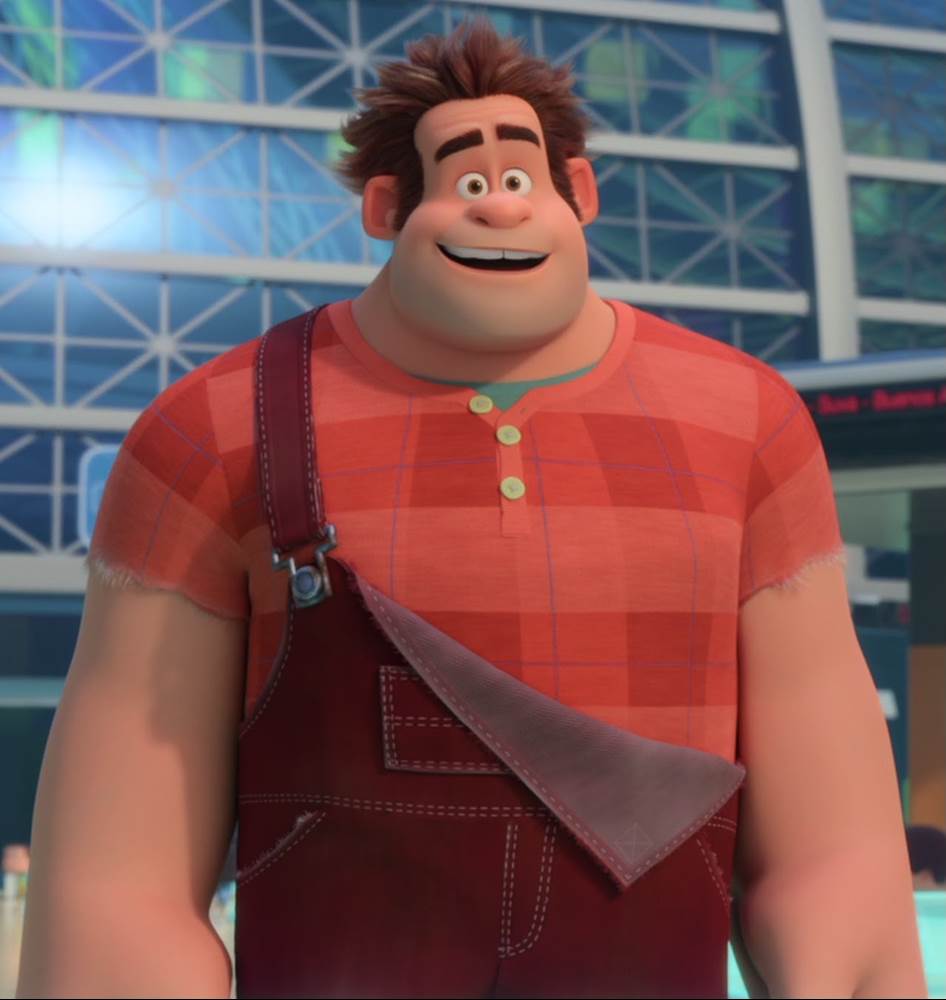 Jumping over to the more modern films of this section, Wreck-It-Ralph would be a great choice seeing as the film was so successful that it spurred on a sequel. Ralph would fit perfectly into Tomorrowland or Future World and his blocky features would make him into an intriguingly proportioned statue. 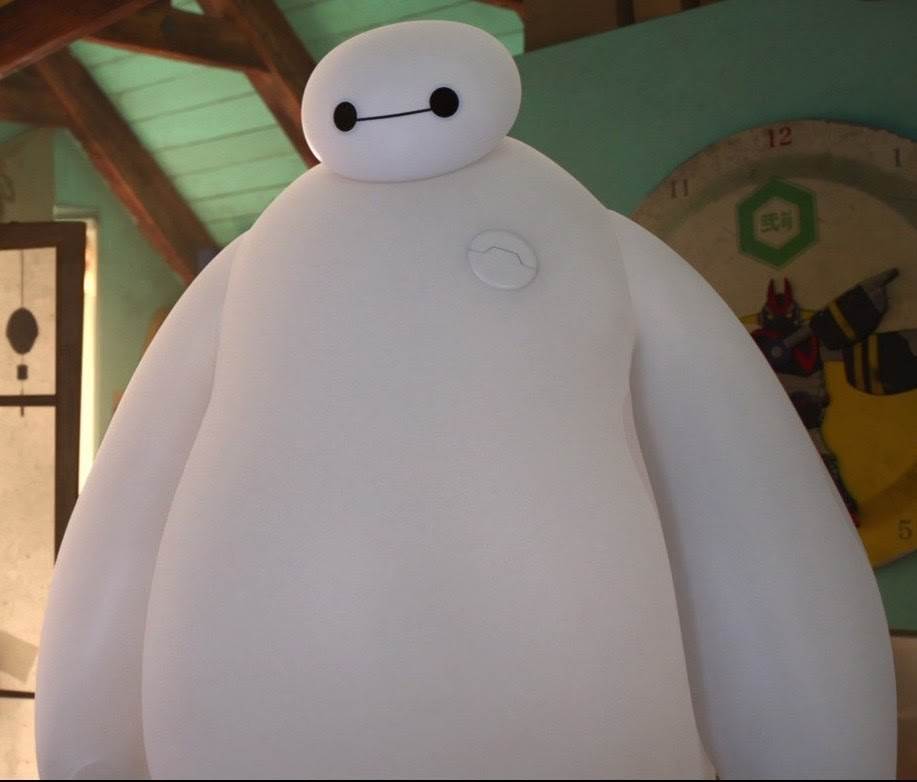 Baymax is a pretty similar choice to Ralph, as a large-figured character, beloved by pretty much everyone. Both hit that futuristic tone, but I actually think it would be a lot more fun if a Baymax Fab 50 statue was placed outside of various First Aid places. Lost in the superhero shuffle is that Baymax is really just a medical robot, so why not celebrate it with this unique opportunity? 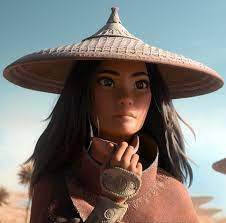 Coming to the final choice, we have Raya of Raya and the Last Dragon. Though the film just came out and we are much more likely to see Mulan as a statue, I wouldn’t put it past Disney to try and push Raya a bit and add her into the China pavilion. The film was a lot of fun, so I’d love to see them give it some love and not push it by the wayside.

Be sure to keep following along on Laughing Place for more articles about Walt Disney World’s 50th anniversary, and we’ll have to see if any of these predictions ultimately end up coming true.