The story arc of George Lucas’s original Star Wars film– not to mention its main protagonist Luke Skywalker– was famously crafted using the narrative tools laid out in mythologist Joseph Campbell’s writings, collectively known as the Hero’s Journey. But what if a different Star Wars writer turned the Hero’s Journey on its head, and instead of following a young Force-sensitive character on his path to becoming a Jedi Knight, chronicled the rise of a Dark Lord of the Sith?

That’s essentially the premise of the novel Star Wars: Darth Bane – Path of Destruction, first published in 2006, shortly after the completion of Lucas’s Star Wars prequel trilogy. And now Path of Destruction is one of three books represented by the first wave of publisher Del Rey’s Essential Legends Collection, which has set out to highlight older stories from the now non-canonical Star Wars Legends continuity (an expansive series of novels, comic books, video games, and assorted televisual content set in A Galaxy Far, Far Away and released as ancillary material from Lucasfilm prior to the company’s 2012 acquisition by Disney). 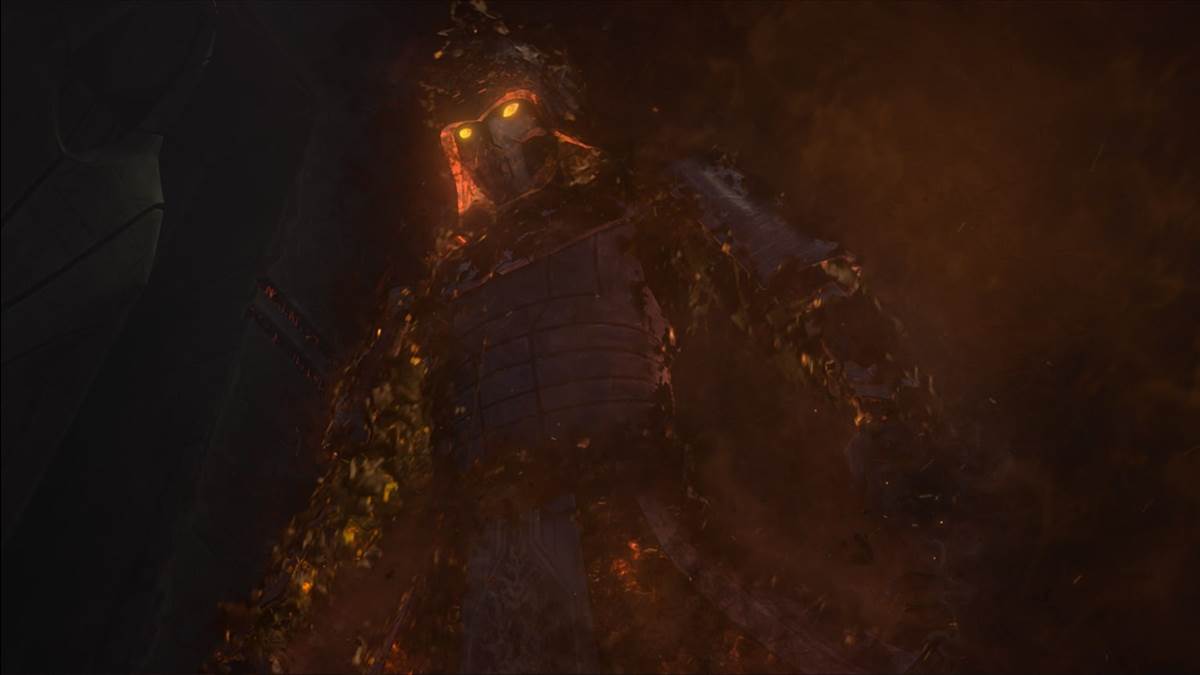 Darth Bane as he appears in the "Star Wars: The Clone Wars" animated series.

Star Wars: Darth Bane – Path of Destruction was written by author Drew Karpyshyn, who was a member of the core design team for the now-classic video game Star Wars: Knight of the Old Republic and also went on to write Star Wars: The Old Republic – Revan and Star Wars: The Old Republic – Annihilation in addition to completing the Darth Bane trilogy in the years following the publication of this novel. Because Path of Destruction and its sequels came out during a period in my life when I was less invested in Star Wars as a franchise, I had never been exposed to the character of Darth Bane or his dark side exploits prior to the book’s reprinting last month. But having just finished its final chapter, I can say that– after also enjoying Matthew Stover’s Star Wars: Shatterpoint for the first time– I’m once again incredibly thankful for Del Rey’s efforts in making the Essential Legends Collection happen.

Much like A New Hope starts with Luke having come of age as a moisture farmer on Tatooine, Path of Destruction picks up with a boy in his late teens named Des who has spent his young life working in the mines of a planet on the galaxy’s Outer Rim. But instead of an adoptive aunt and uncle protecting him, Des suffers from the abuse of an alcoholic father, an oppressive employer, bullying peers, and working conditions that would probably have Anakin thankful for Watto’s shop. Still, he manages to survive to near-adulthood using his wits and his unnatural abilities in the Force– abilities that draw him to enlist in the Sith army (fighting the forces of the Old Republic in battle) then get him noticed by the Brotherhood of Darkness– a cabal of Sith Lords– who bring him to the planet Korriban for training in the ways of the dark side. Des’s growing abilities and stubborn refusal to kowtow to authority put him at odds with his masters and other students at the Sith Academy, eventually leading him to set off on his own sinister path.

Having immersed himself in the world of The Old Republic during his video game writing career, Karpyshyn undeniably knew the ins and outs of this era of the Star Wars universe when he wrote this novel. The story of Path of Destruction is a relatively simple one, but I loved watching Des evolve into Darth Bane, and as a reader I felt as though I was right there with him every treacherous step of the way. The slow-burn beginning paves the way for a compelling middle section at the academy, but my favorite parts of this book arise once Bane begins following in the footsteps of Darth Revan– the protagonist of Knights of the Old Republic— and takes it upon himself to reforge the Sith Order in its older, purer form. We also occasionally check in on the Jedi engaged in a deadly standoff against the armies of the Sith on a Mid Rim planet called Ruusan, and we see how the current Sith leadership’s arrogance becomes its ultimate failing, but it’s all in service of watching Des transform into a fearsome villain and take on the terror-inducing title of Darth Bane. It’s an absolutely engrossing tale ever-so-slightly marred by a somewhat rushed third act, but it still clicks on enough levels to have me looking forward to reading the second book– namely Star Wars: Darth Bane – Rule of Two— when it too joins the Essential Legends Collection this fall. 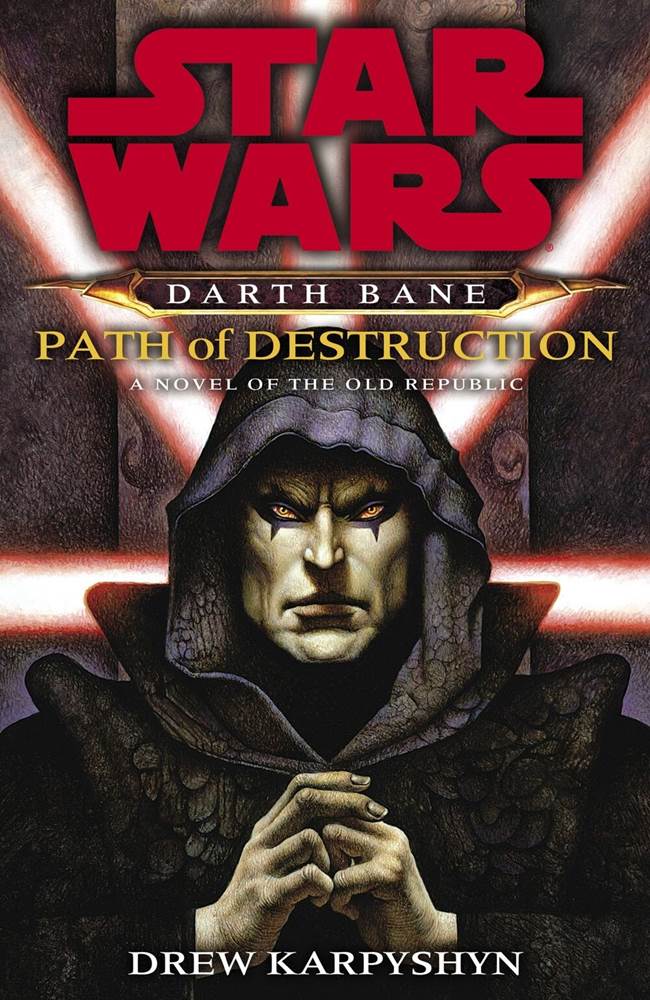