FX’s American Crime Story trades in murder for obstruction of justice in its third season, Impeachment: American Crime Story. Focusing less on Bill Clinton and more on the women in his orbit, viewers will watch one of the biggest news stories of the 1990’s unfold through a female point of view. Based in part on Monica Lewinsky’s memoire, this iteration of Ryan Murphy’s anthology series comes with the former White House intern’s personal stamp of approval (Lewinsky is credited as a producer).

“Do you want to get a Diet Coke?” These words uttered by Bill Clinton (Clive Owen, King Arthur) to Monica Lewinsky (Beanie Feldstein, What We Do in the Shadows) became code for having private time together. Amidst a landscape of Paula Jones’ sexual harassment lawsuit (played by Annaleigh Ashford, Frozen) and a changing media landscape led by Matt Drudge (Billy Eichner, The Lion King), Linda Tripp (Sarah Paulson, Mrs. America) tries to steer her friend Monica through a tricky situation.

The series primarily follows Monica Lewinsky, Linda Tripp and Paula Jones, weaving together their sometimes disconnected stories. With glass ceilings lowered, it showcases the tougher barriers to entry for women not only in the workplace, but also in public image. And it all occurs under the nose of the most powerful man in the world.

Among the many themes on this season of American Crime Story is what it means to be a good friend. While the events mostly unfold linearly, the season premiere starts with Monica finding out that Linda has exposed her secrets to the press before going back to the beginning and inevitably leading back to that moment. Manipulation is another key component of this series, and it seemingly comes from most of the key players in the story, which also include Susan Carpenter-McMillan (Judith Light, Ugly Betty) and Lucianne Goldberg (Margo Martindale, Mrs. America). 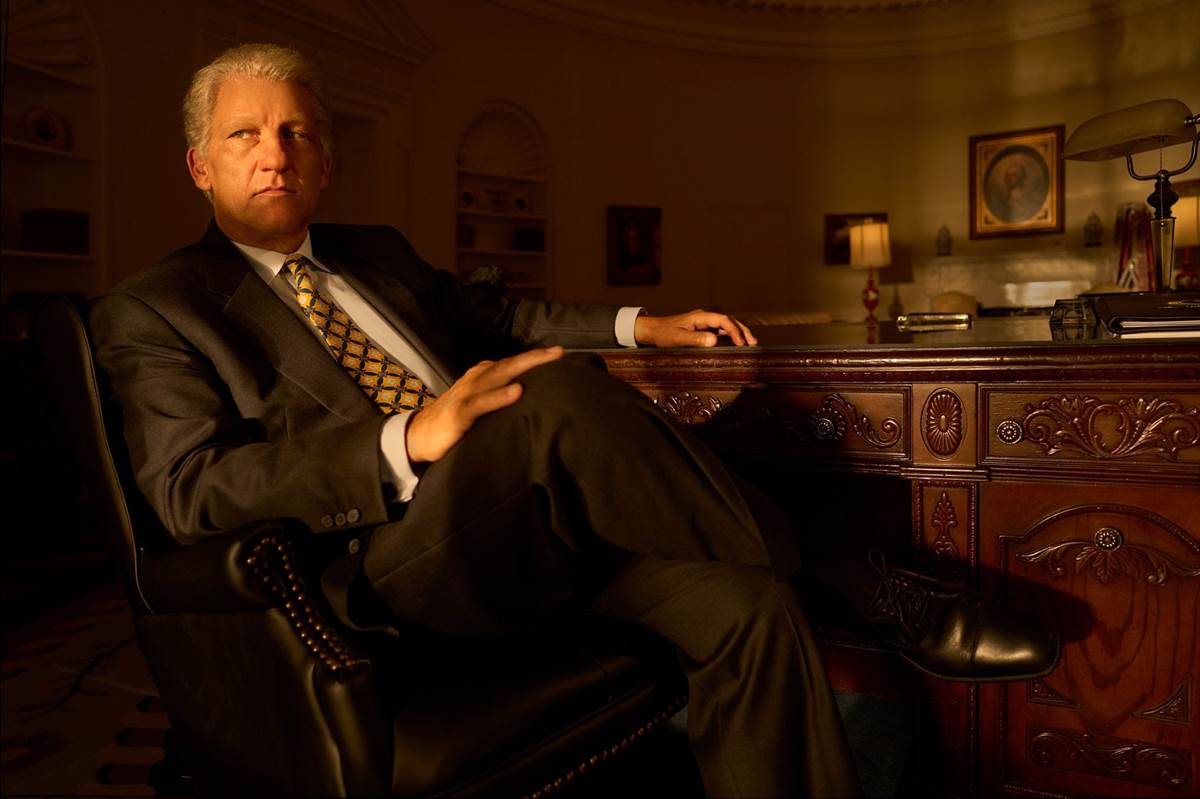 The acting in this season is Emmy-worthy from all participants. Sarah Paulson becomes almost unrecognizable as Linda Tripp under the hair, makeup and persona she adopts. With prosthetics, Clive Owen also disappears behind the veneer of Bill Clinton. Judith Light and Margo Martindale are as delicious as ever while Billy Eichner punches above his weight, shedding his typically brash comedic mannerisms to play a more serious and cutthroat character.

While there’s sure to be a camp that views Impeachment: American Crime Story as one-sided, if you let yourself give way to the other versions of the story you’ve heard, you’ll find yourself on a highly entertaining ten-episode ride. Those looking for other perspectives will find it in the Hulu documentary Hilary and A&E’s The Clinton Affair. And if you happen to have Hulu, you can experience all three on the same platform.

I give Impeachment: American Crime Story 5 out of 5 “Diet Coke” meetings.