Walt Disney World’s 50th anniversary is coming up, with it just a few days away on October 1st. To get ready for the event, we at Laughing Place are taking a look at various parts of Walt Disney World, past, present, and future, with today a blast to the past. 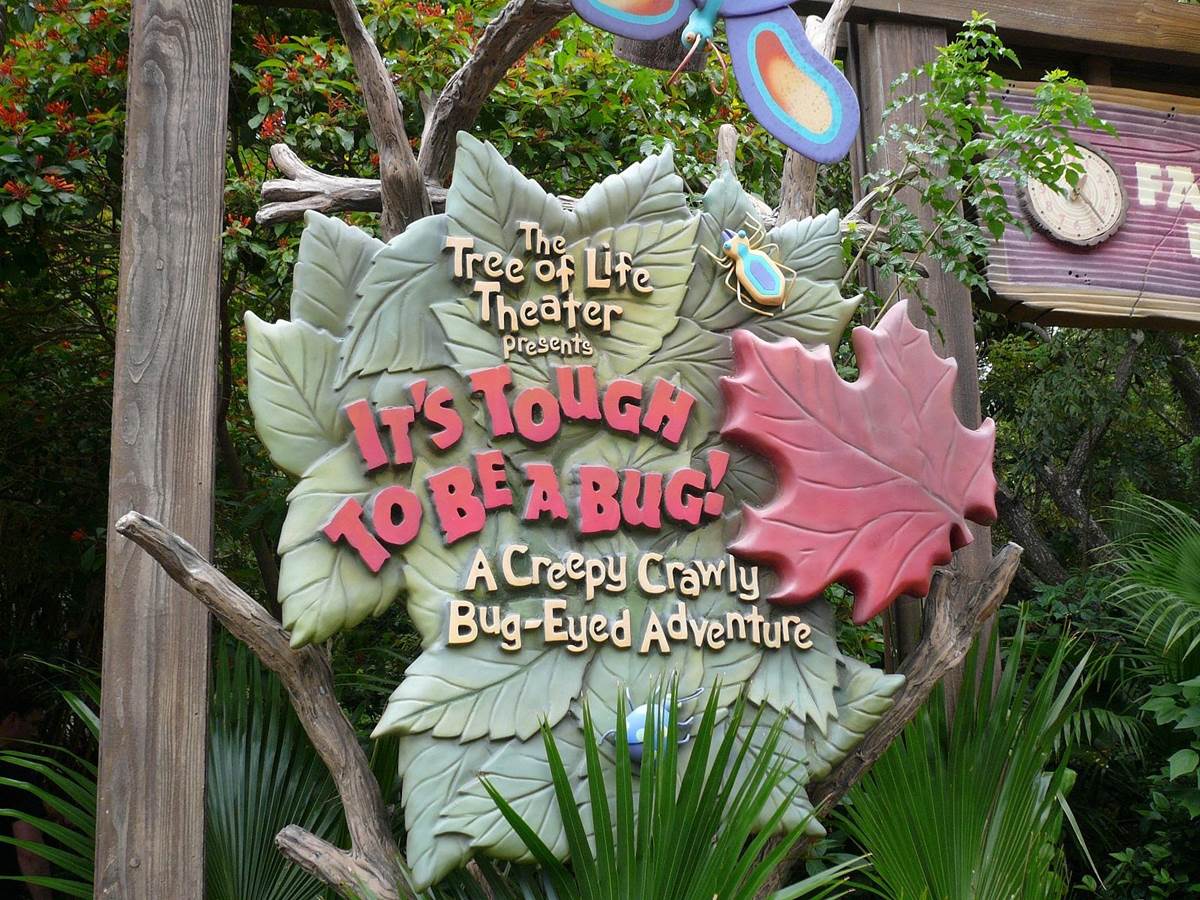 It’s Tough to be a Bug! came about almost on a whim because it is one of the only attractions to open before the movie on which it was based. With the notable exception of Sleeping Beauty Castle, generally those attractions only open a few days before the movie, but this one opened nearly six months before the movie was released. In fact, it was the first permanent attraction to open in any Disney Park that was based on a Pixar film.

The story goes that then-CEO Michael Eisner felt that some kind of attraction was needed for the Tree of Life. All of the icons of the other parks had either a restaurant or attraction connected with it, so letting the newest park’s weenie go attraction-less would have put the park behind right from the outset in a way. With that in mind, Eisner knew that Pixar was working on a new bug-themed movie as the follow up to the phenomenon of Toy Story, and with space limited inside The Tree of Life, going underneath and visiting the world of bugs was an easy choice.

Watching It’s Tough to be a Bug!, one can see that the Imagineering team was handed Flik and Hopper and not much else known about them except that one was a clever protagonist and the other a vile antagonist … and honestly I think that very much worked. When grounding attractions in the story of the movie, I generally find more to be desired because it can never quite add up to the film itself. But with an original story and familiar characters, I get a bit of the best of both worlds and It’s Tough to be a Bug! continues that to this day, staving off extinction for 23 lovely years. Next up on the list is a personal favorite of mine, the Discovery River Boats. I’ll be frank, they were nothing special and I never even got to experience them in person, but I am a sucker for transportation in the parks, especially boats that truly helped one traverse from one side to another. The river boats did have a few sites along the way like the dragon cave and the animatronic iguanodon, but the attraction’s true purpose was to simply move guests.

The Discovery River Boats brought a certain kinetic energy to the parks since the boats would travel straight through the park along all the waterways that are still there today. When we think of transportation in the other domestic parks, it generally is traveling around the perimeter of the park or just completely non-existent, so having a chance to truly see most of the park from a completely different angle must have been so cool. 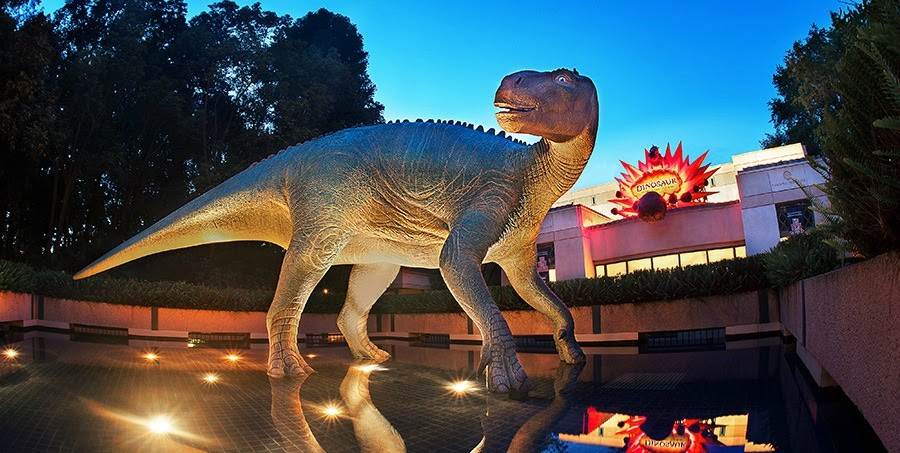 The previously mentioned iguanodon from the Discovery River Boats actually served as beacon calling guests to DinoLand USA’s E-Ticket attraction, Countdown to Extinction. Utilizing the exact same track layout as Indiana Jones Adventure, the attraction swapped out the archaeologist for some creatures that were much older than the general things that Indy would search for.

Of course, the attraction did get a bit of a facelift (and name change)  a few years after its opening with 2000’s Dinosaur’s hero, Aladar, getting a starring role in the attraction, too. Luckily, the attraction barely changed at all with his addition and you can basically ignore the movie (which we all tend to do anyway). While I still think Universal has the better dinosaur attractions with their Jurassic Park rides, the renamed DINOSAUR is a cool chance to see a bunch of different animatronics doing some cool dinosaur activities. 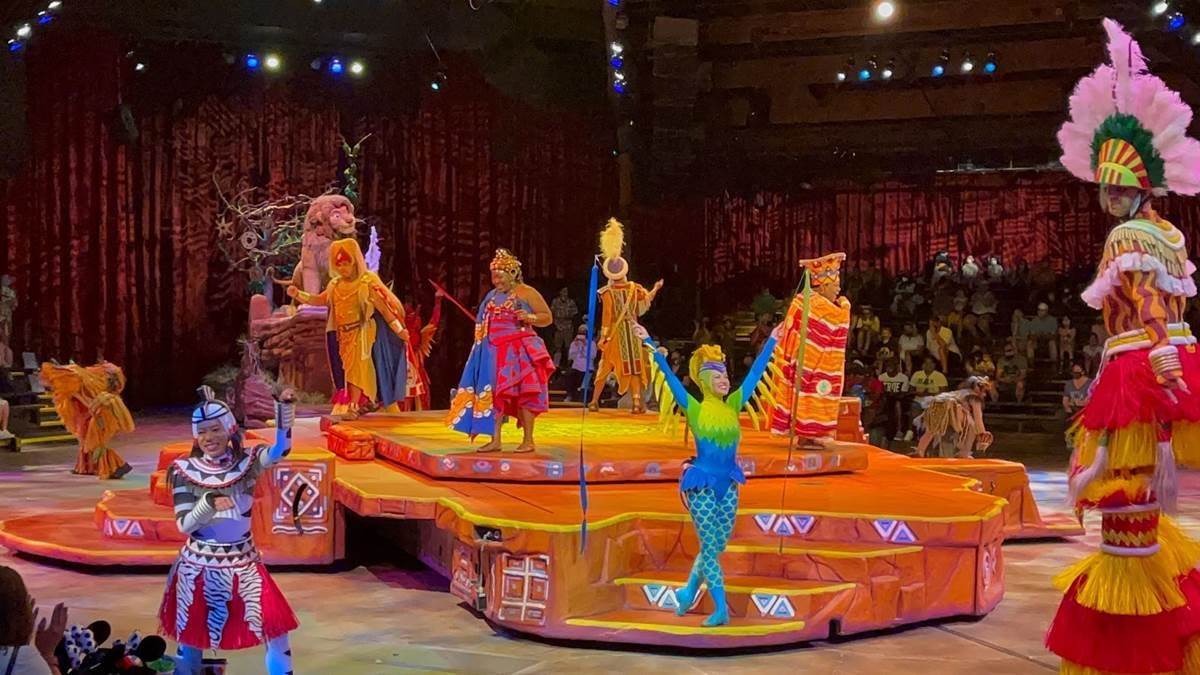 2. Festival of The Lion King

I’ll be honest, it was a really tough choice between which attraction should be number 1 and which should be number 2, but ultimately I needed to lock in Festival of the Lion King as the second because it doesn’t quite embody the park’s message as well as the top choice.

All that said, Festival of The Lion King is one of the best shows that Disney has ever produced, with great renditions of the songs from the movie performed live and some great dancing, gymnastics and fire eating. The show utilized some old floats from the Celebration of the Lion King parade in Disneyland to help make the experience a country-wide affair.

Basically, I feel like it’s nearly impossible to leave the theater in a worse mood than when you entered it. The show just imparts so much joy on its guests because 1) the songs from The Lion King simply slap and 2) the presentation of them is simply perfectly executed. 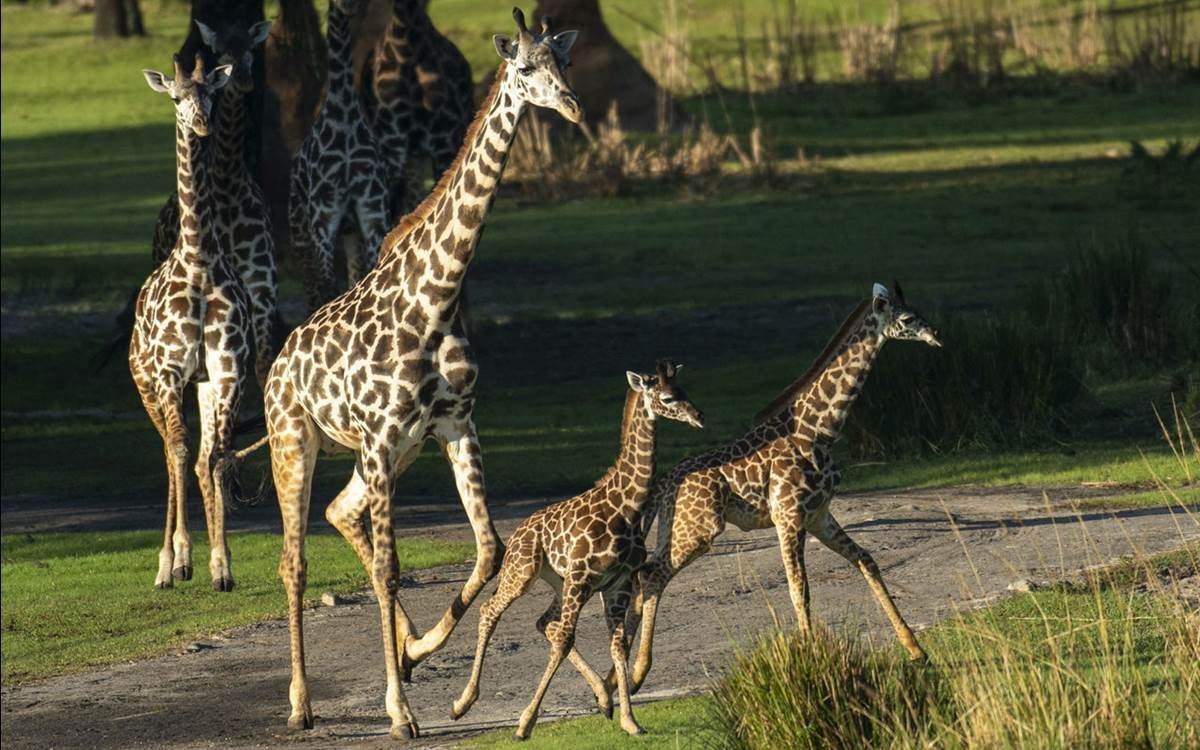 Finally, we come to the best Opening Day attraction, which of course is the Kilimanjaro Safaris. The attraction is basically a wildlife reserve for the animals and definitely the closest that one can get to experiencing an African safari in a theme park setting. Plus, the attraction is quite simply huge, covering 110 acres, which would put it in the middle of the pack in terms of all Disney parks sizes. And it’s just one attraction! It’s simply mind-boggling.

And on top of that, you get to see all kinds of wild animals in a more natural way, making each time through completely unique. There is just always something new to look forward to, especially with baby animals born frequently. And at twenty minutes, it’s certainly a great bargain in terms of your wait being worth it.

Basically, the park is called Animal Kingdom and no attraction better encapsulates the park’s name than that, so it’s the best opening day attraction, no more arguments needed.

Be sure to check back in soon for the best Opening Day attractions at Disney-MGM Studios. (Spoiler alert, they are all closed.)