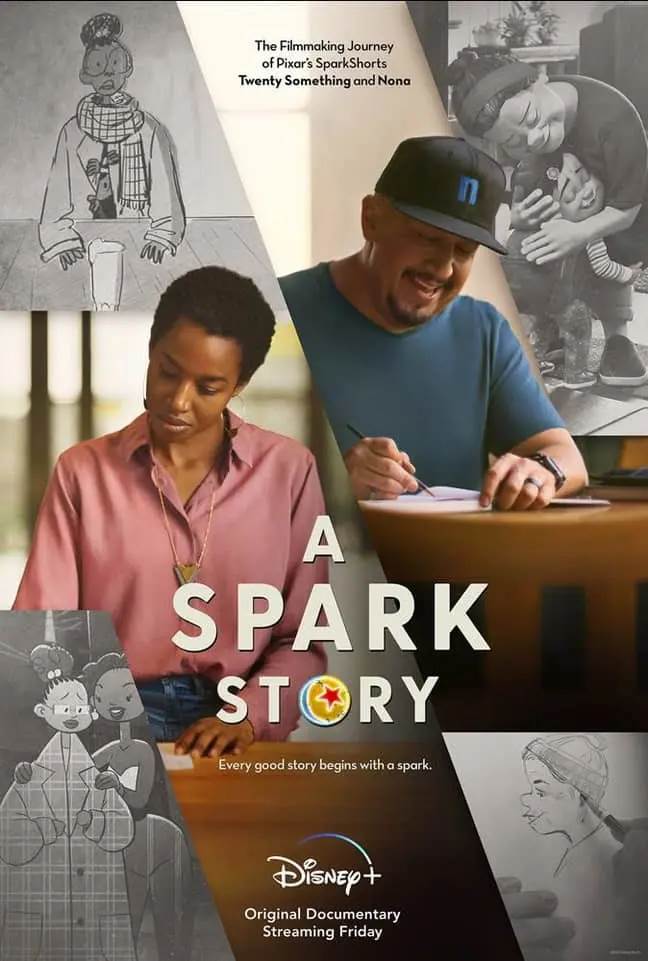 As someone who is admittedly obsessed with everything Pixar and everything about the studio, the brief introduction of the shorts and the studio history was refreshing. If you’re watching A Spark Story, you likely already know something about the studio. This film relies on the viewer having that knowledge, as this not-even-five minutes before the title card is all you’ll get about the history of the studio. This time also introduces some of the key players at the studio, including Chief Creative Officer (and Oscar-winning director) Pete Docter, and studio president Jim Morris as they introduce the SparkShorts program and what it is and what it entails.

The SparkShorts program is designed to discover new storytellers, explore new storytelling techniques, and these films are unlike anything ever done at Pixar, providing an opportunity to unlock the potential of individual artists, allowing them to tell their own deeply personal stories and use their inventive filmmaking approaches on a smaller scale than our normal fare.

Compared to other documentaries that have been released about the studio, this one focuses on the directors of the two shorts, Aphton Corbin (Twenty Something) and Louis Gonzales (Nona)

In Twenty Something, A stack of kids hiding in a trench coat go out on the town as Gia finds herself in this exact scenario the night of her 21st birthday in a story about the insecurities of adulting and how we’re all just faking it ’till we make it. In Nona, a Grandmother plans to spend her day off by shutting out the world to watch her favorite TV show, E.E.W. Smashdown Wrestling. However, when her 5-year-old granddaughter Renee is unexpectedly dropped off, Nona is caught between her two favorite things. 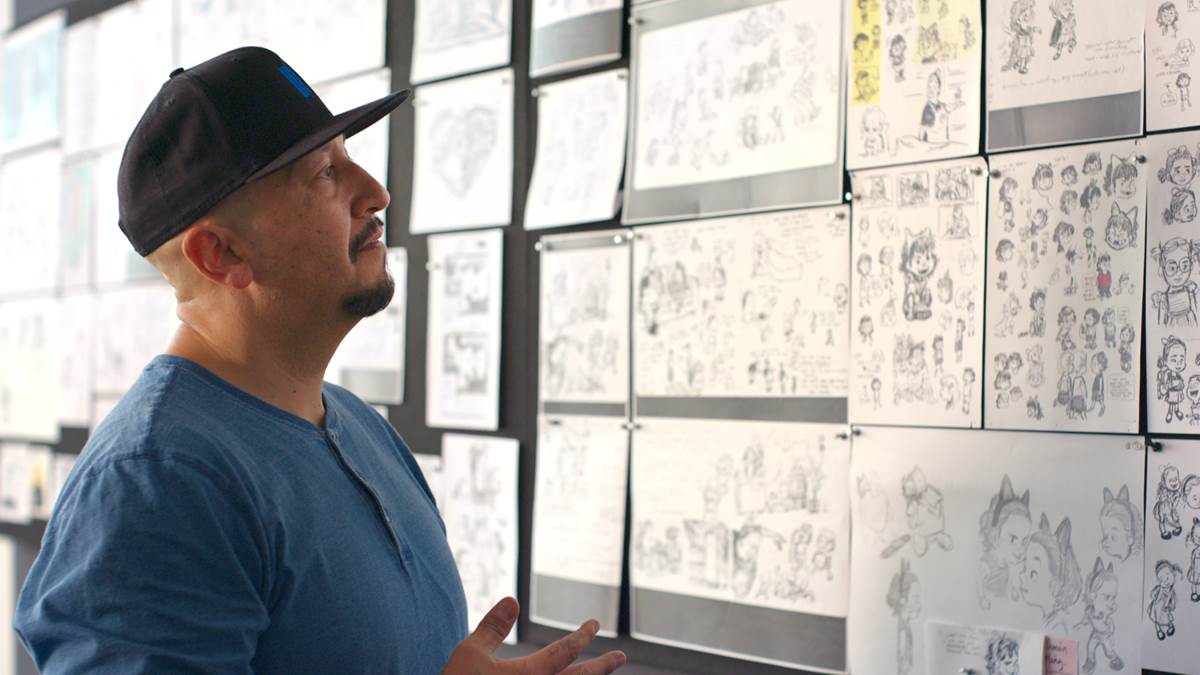 The Supper Club definitely weaved a story to tell about the creation of these shorts, focusing heavily on the two directors, and showcased how they both injected their personal stories into them, which is the point of the whole SparkShorts program. Each hurdle became a segment of the film, with one particular highlight focusing on the story troubles of Nona in particular, comparing them to similar issues during the making of Finding Nemo. I loved the comparison to a landmark film at the studio, and wish this could have been done more throughout, as Twenty Something and Nona are films in the Pixar family alongside Finding Nemo, but A Spark Story, in an attempt to focus on these two shorts, almost isolates them as the two new kids trying to fit in.

At times, the cinematic nature overpowered the actual content. Dramatic camera pans of the directors thinking while sitting at a table, in a screening room, or even in their own home while cooking breakfast almost take away from the credibility of the subject matter at hand. That said, the same dramatic shots of the Pixar campus are a highlight (Keep your eye out for Heimlich’s Chew-Chew Train from Disney California Adventure), especially for fans, who otherwise aren’t allowed anywhere near these buildings. This is also especially ironic, considering a good portion of the production of both Twenty Something and Nona took place in the artist’s homes due to the global COVID-19 pandemic, which isn’t even mentioned in the documentary.

We also got to learn about the directors’ backgrounds and personal histories. A brilliant touch as we see their films develop and see how they put themselves on screen, almost to a point where by the time they decide to make this change or that change, you see it coming “oh that’s HER sister!” One of the more fascinating sequences showcased the directors pitching their films to get animators on their team, with both directors showcasing their vulnerability to a point where you can feel their anxiety through your own screen.

Again, knowing what could be considered sufficiently covered material, A Spark Story only hits on highlights of the animation process, so if you’re looking for an in-depth look at the artform, this isn’t it either. However, we do get a peek at the reasons why the directors chose the styles they did. Nona and Twenty Something are radically different in their animation style, and not just because one is 2D and one is 3D. One has a plethora of dialogue, one doesn’t. Though the two came out in the same year at the same time, produced at the same time, the way A Spark Story showcases this, bouncing between productions is fascinating because you can almost see the parallels even though they are so very different. 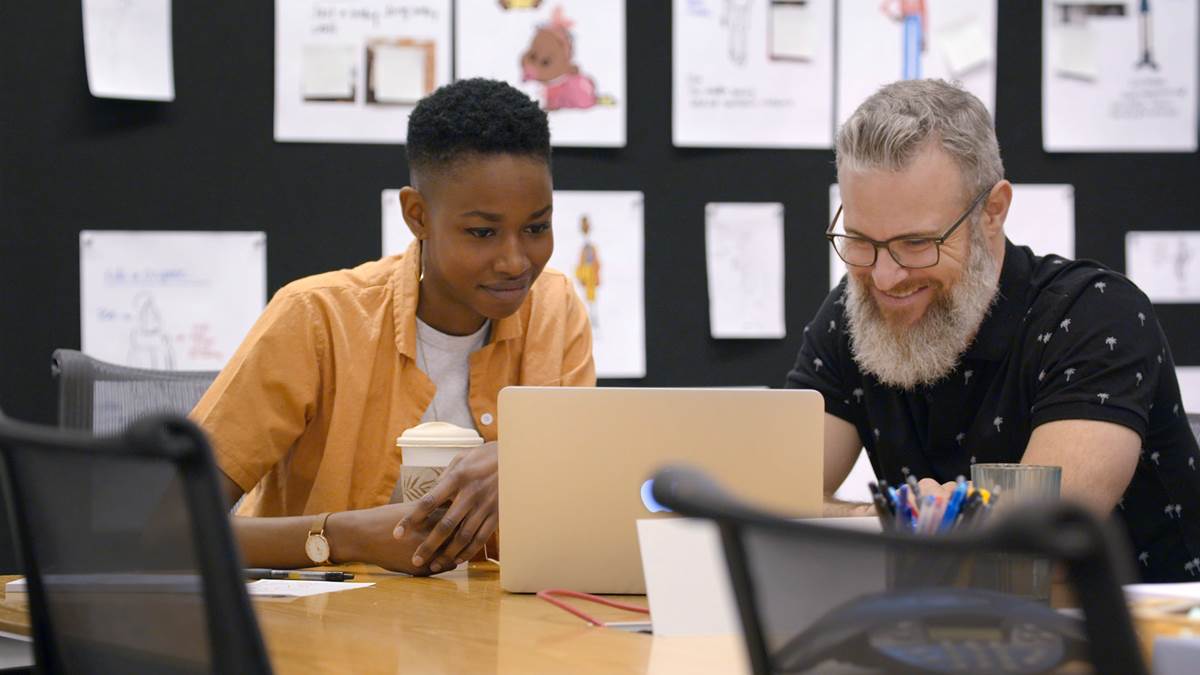 A Spark Story is a fantastic look at the two directors of the latest SparkShorts from Pixar Animation Studios, as well as a look into the trials and tribulations of getting their films on screen. However, it seemingly isolates these stories from the rest of the Pixar brand, and the casual viewer looking for some quality Pixar-based content will be left wanting more. For a fan of the two shorts, Twenty Something and Nona, this is a great look at two up-and-coming directors at the studio who might provide us with even greater stories on screen in the years to come. 6/10.

A Spark Story is now streaming on Disney+. Recently, I had a chance to sit with both Aphton Corbin and Louis Gonzales ahead of the release of their films on Disney+, and you can check out those videos below!