TV Review: The Most Magical Story on Earth: 50 Years of Walt Disney World

It’s a retrospective, it’s a concert special, and it’s a human interest piece. ABC’s The Most Magical Story on Earth: 50 Years of Walt Disney World offers an abbreviated primer on Walt Disney World history interspersed between heartwarming moments and musical performances. Hosted by Disney Legend Whoopi Goldberg, the 20/20 produced 2-hour television event plays like a cross between an episode of The Imagineering Story and the televised Disney Parks annual holiday celebrations. The concert portions of the special are presented at the beginning, middle, and end. Up first is Disney Legend Christina Aguilera, who performs the Disney anthem “When You Wish Upon a Star,” which leads into her version of “Reflection.” In the middle is a medley performed by the Orlando Philharmonic conducted by Eric Jacobson, which includes 10 songs, 3 of which were created for Disney Parks. The final act is Halle Bailey, who portrays Ariel in the upcoming live-action adaptation of The Little Mermaid. She sings “Can You Feel the Love Tonight,” which suits her voice perfectly, but feels like an odd choice for the end of a special honoring 50 years of Walt Disney World.

The meatiest components are the historical retrospectives, broken into segments that start with the opening of Disneyland, the 1964 New York World’s Fair, and Project X, the code name for Walt Disney World before the plans were officially announced. Disney luminaries in these segments include Imagineers and executives who were there (Dick Nunis, Bob Gurr, Bill “Sully” Sullivan) and Disney Legend Julie Andrews, who presided over the grand opening of the resort and hosted the grand opening special. 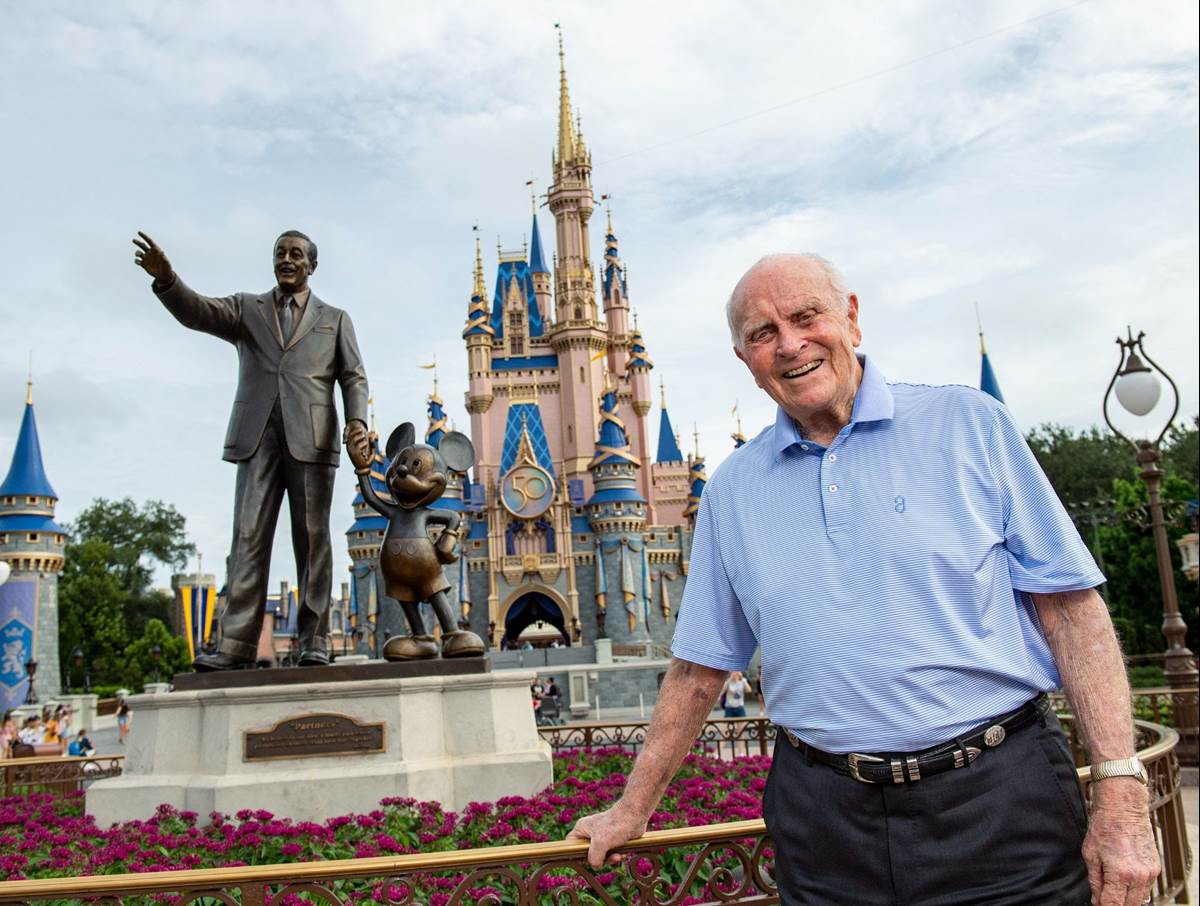 In an effort to make viewers cry, two organizations receive segments, the Make-A-Wish Foundation (including the first Walt Disney World wish granted and one of the most recent) and the Gary Sinese Foundation, which brings the families of fallen service men and women to Walt Disney World. Another segment that feels designed to make eyes mist covers Princess Diana’s visit with her sons amidst her divorce in 1993, including interviews with her Disney VIP Tour Guide, personal bodyguard, and Prince Harry.

On happier notes, there are segments about how the post-Super Bowl “I’m Going to Disney World” campaign came about, including interviews with the first to do it (Phil Simms) and the one whose said it most (Tom Brady). The current Vice President of Magic Kingdom Park, Melissa Valiquette, gives a brief look at the Utilidors (the tunnels under the park). And a segment focusing on sitcoms that have filmed episodes at the resort brings some of the biggest names into the special, including John Stamos, Melissa Joan Hart, and Anthony Anderson.

A segment about the Bob Iger-era acquisitions brings in legendary filmmakers like George Lucas and James Cameron while the special highlights some of the most recent additions to the parks, including Pandora: The World of Avatar and Star Wars: Galaxy’s Edge. With a focus on the future, the ending teases elements of Star Wars: Galactic Starcruiser, Remy’s Ratatouille Adventure, Guardians of the Galaxy: Cosmic Rewind, and the new EPCOT statue of Walt Disney called Dreamer’s Point. But perhaps the most important part of this final batch of segments features current Chairman of Disney Parks, Experiences and Products, Josh D’Amaro, paying tribute to the Cast Members of the resort. A handful get a moment to shine in the special and if ABC wants to do a follow-up, a special of just heartwarming Cast Member stories would be warmly welcomed by this viewer. 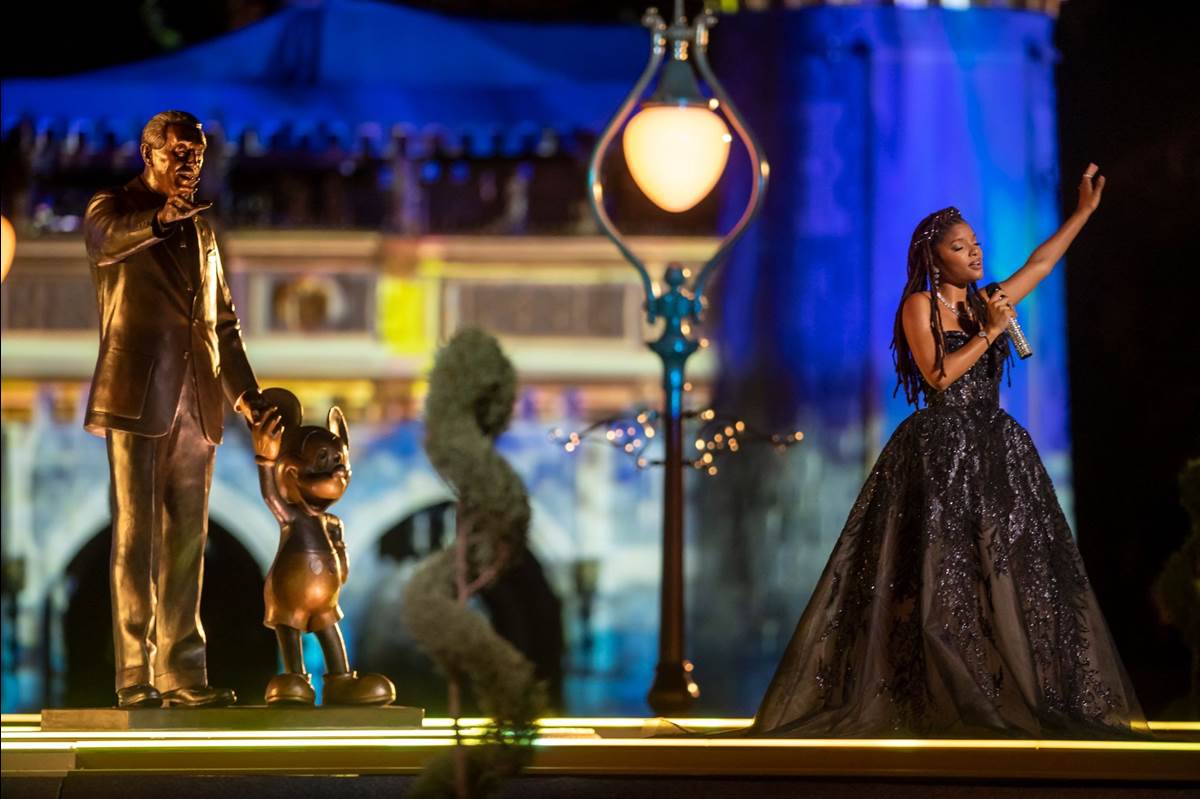 If you’re a super Disney fan, odds are you won’t learn anything new from The Most Magical Story on Earth: 50 Years of Walt Disney World. What it will do for the diehard fanbase is give you warm fuzzy feelings and play your heartstrings. But for your average ABC Friday night viewer, it’s likely to be as enlightening as Spaceship Earth at night with the new Beacon of Magic lighting.

The Most Magical Story on Earth: 50 Years of Walt Disney World premieres Friday, October 1st at 8/7c on ABC.