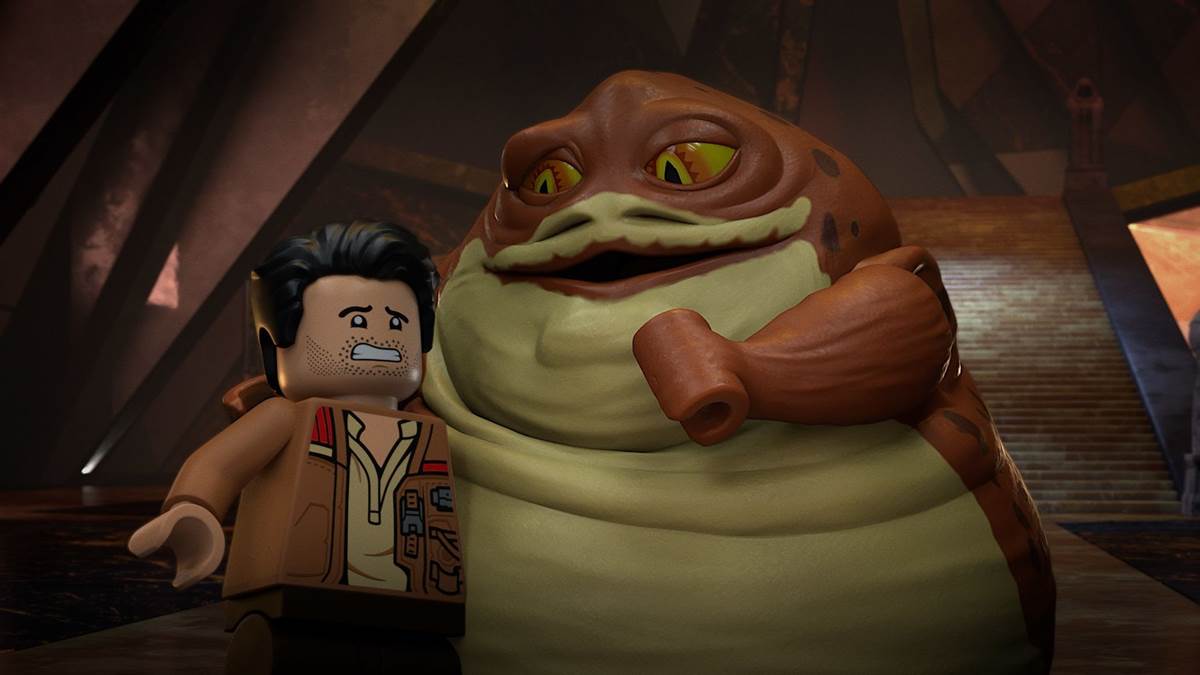 Last year for the Christmas season, Atomic Cartoons and Lucasfilm Animation gave us the LEGO Star Wars Holiday Special on Disney+, a playfully non-canonical romp that saw our favorite characters celebrating Life Day again in A Galaxy Far, Far Away.

Now for Halloween time in 2021, the same creative team has delivered a follow-up entitled LEGO Star Wars: Terrifying Tales, which explores the somewhat spookier (but always kid-friendly) side of the George Lucas-created space opera franchise. 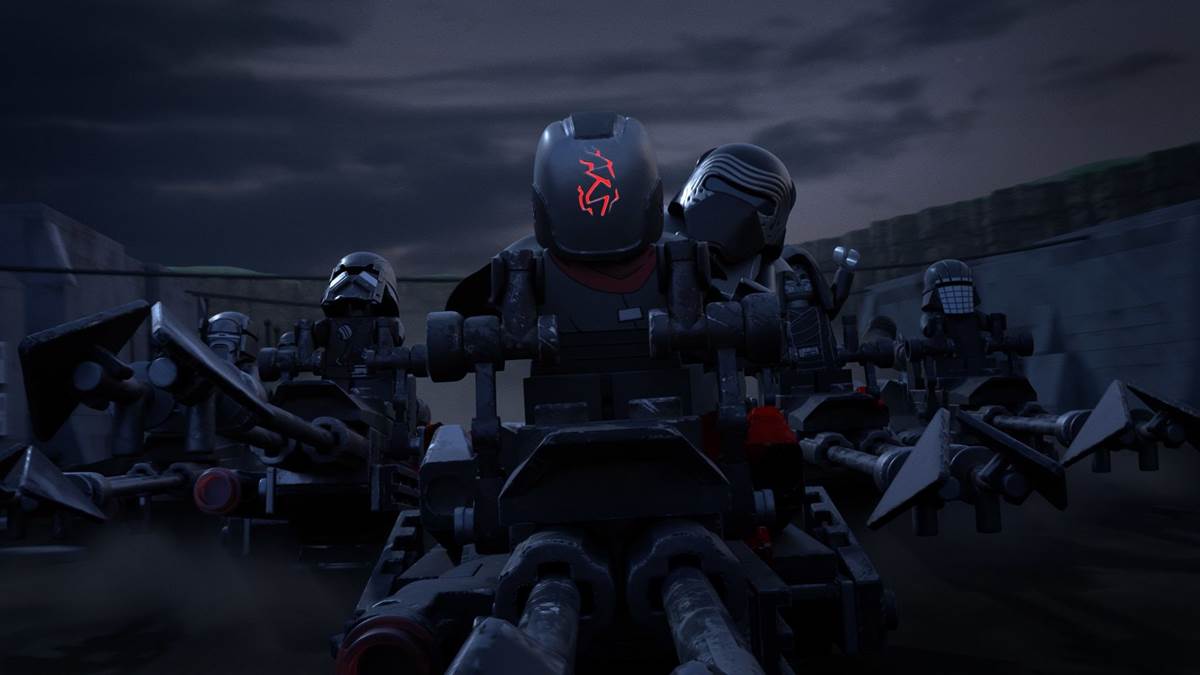 The story of LEGO Star Wars: Terrifying Tales involves hotshot Resistance pilot Poe Dameron (voiced here by Jake Green of Hulu’s Animaniacs reboot) stumbling across the ruins of Darth Vader’s imposing castle on the lava planet Mustafar when his X-wing starfighter is in need of repairs. There, Poe meets Graballa the Hutt (Aqua Teen Hunger Force’s hilarious Dana Snyder, reprising his role from LEGO Star Wars: The Freemaker Adventures), who wants to turn the castle into his own Sith-themed resort hotel. Unfortunately, the castle comes with a creepy, caped caretaker named Vaneé (Forky Asks a Question star Tony Hale) who has an underhanded ulterior motive for welcoming the Hutt– not to mention newcomer Dameron and Graballa’s skilled young mechanic Dean (Raphael Alejandro of ABC’s Once Upon a Time)– into the fortress. As the group begins to sift through the Sith relics remaining on the premises, Vaneé tells a series of not-so-scary stories to his increasingly suspicious guests. Think of it as the LEGO Star Wars version of The Simpsons’ annual “Treehouse of Horror” anthology episode tradition. 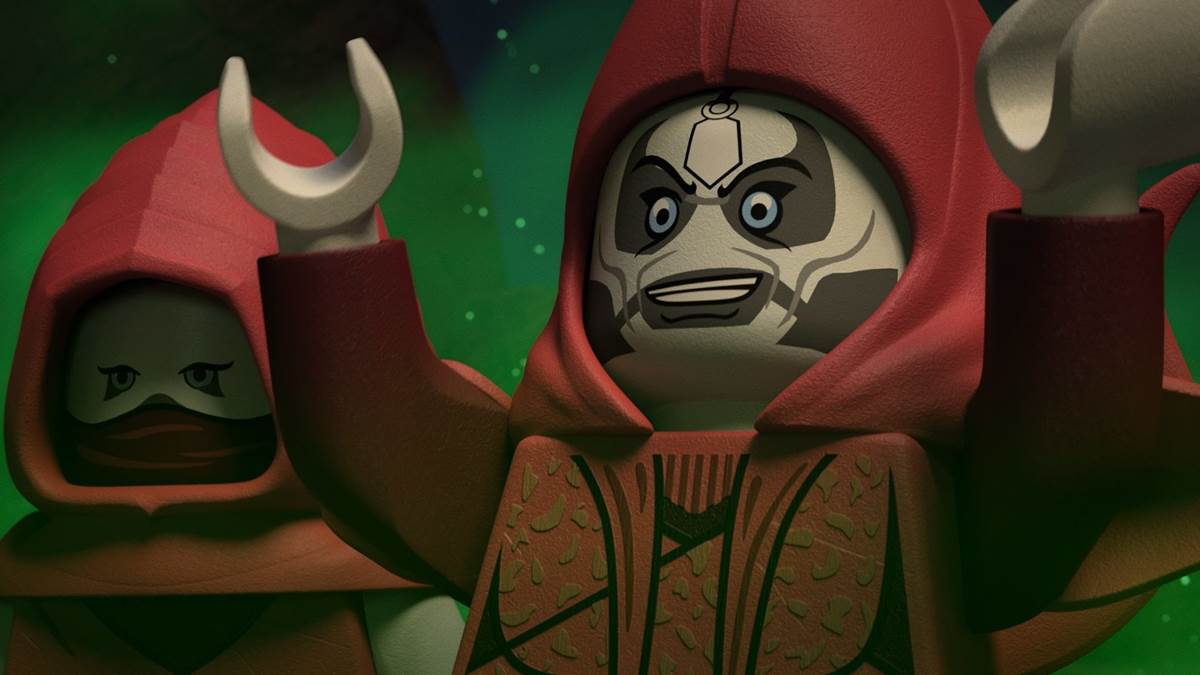 The first tale gives us a noticeably different version of the events behind young Ben Solo’s (Lucasfilm’s Matthew Wood, also currently voicing characters in Marvel Studios’ What If…?) first introduction to the Knights of Ren– see the excellent comic book miniseries Star Wars: The Rise of Kylo Ren for the actual canonical depiction of these events. Next we get an imaginary tale of apprentice rivalry between Darth Maul (Sam Witwer, who played the character on Star Wars: The Clone Wars, among other media) and General Grievous (also Wood, who originated the devious cyborg in Episode III – Revenge of the Sith). And the third story imagines what might have happened if Luke Skywalker (DuckTales’ Eric Bauza) had wished upon a severed Wookiee’s paw to get him off Tatooine before he ever met Obi-Wan Kenobi– who happens to be reprised by The Clone Wars’ James Arnold Taylor in an alternate-timeline take on the iconic Death Star trench run, led by Princess Leia (Shelby Young of Star Wars: Forces of Destiny) herself. As a one-off Christmastime offering, I thought the LEGO Star Wars Holiday Special was fine, if targeted at a slightly younger demographic than what I was used to in The LEGO Movie and its sequels/spinoffs. But LEGO Star Wars: Terrifying Tales feels a little bit more up my alley, cranking up the irreverent humor (I’m a sucker for the hapless and self-centered persona Dana Snyder brings to most of his characters, so it was a joy to hear him here) and injecting a tiny bit of eeriness to my favorite pop-culture universe. There were a handful of lines and moments that had me cracking up, like Darth Vader (Chad Vader’s Matt Sloan) giving his son Luke a kiss “for luck” on the cheek before he swings over the Death Star chasm, or a groan-worthy parody of The Shining with a battle droid in place of Jack Nicholson. This is a 45-minute Halloween special filled to the brim with fun Easter Egg-type references (one of the story’s title cards bears a striking resemblance to The Twilight Zone’s opening sequence), breakneck rapid-fire action sequences, and most of all some very funny writing and performances by its talented voice cast. I can easily see it becoming a spooky-season tradition for Star Wars fans and their families. 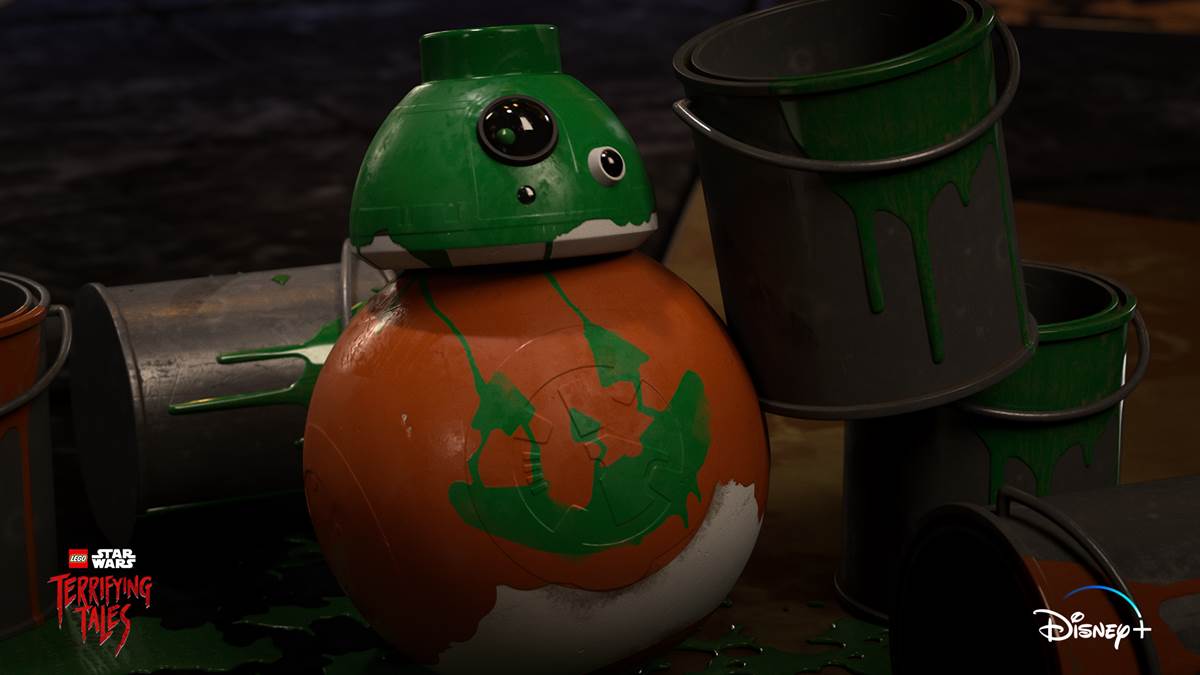