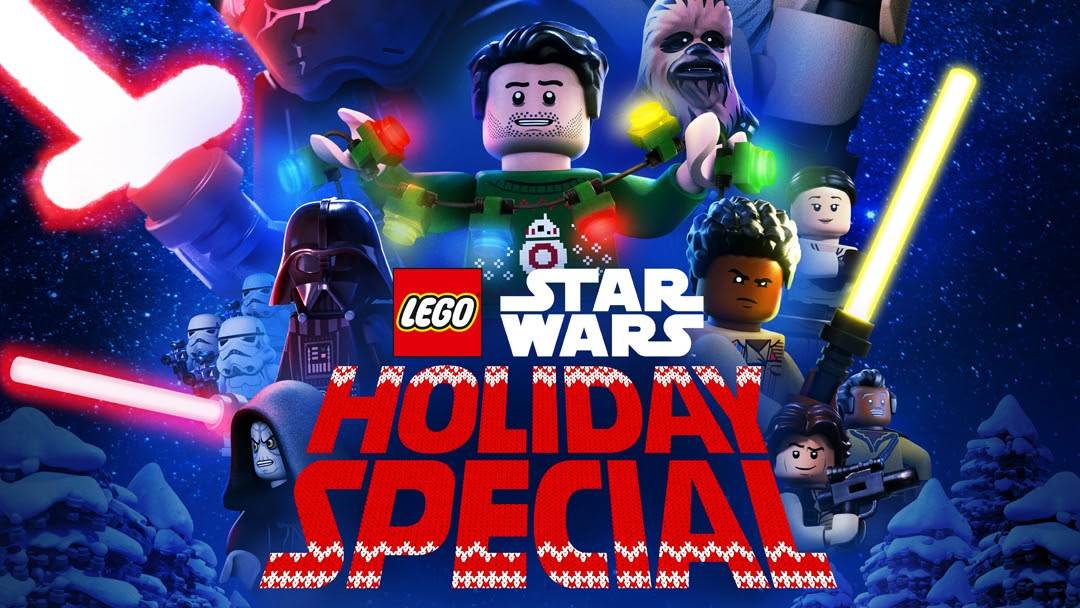 The fall of 1978 must have been a strange time to be a Star Wars fan. With the previous summer’s release of the original film, the blockbuster cultural phenomenon of A Galaxy, Far, Far Away was still reverberating around the world. And other than a couple novels and a series of Marvel comic books, there wasn’t a whole lot of new material flooding in to keep devotees entertained as they waited for the inevitable sequel.

Enter The Star Wars Holiday Special, which aired November 17 of that year on CBS (a date now celebrated among the Star Wars community as the in-universe holiday of “Life Day”) and soon became infamous for its legendary mishandling of the still-budding franchise. B-list celebrities like Bea Arthur and Art Carney famously joined a feature-length character study of Chewbacca’s family– who spoke only in the growling Wookiee language of Shyriiwook and sat around waiting for their patriarch to return home. And yes, Harrison Ford, Mark Hamill, and Carrie Fisher all reprised their roles as Han Solo, Luke Skywalker, and Princess Leia, but those appearances were tantalizingly fleeting and did little to energize what was mostly an otherwise lethargic debacle. 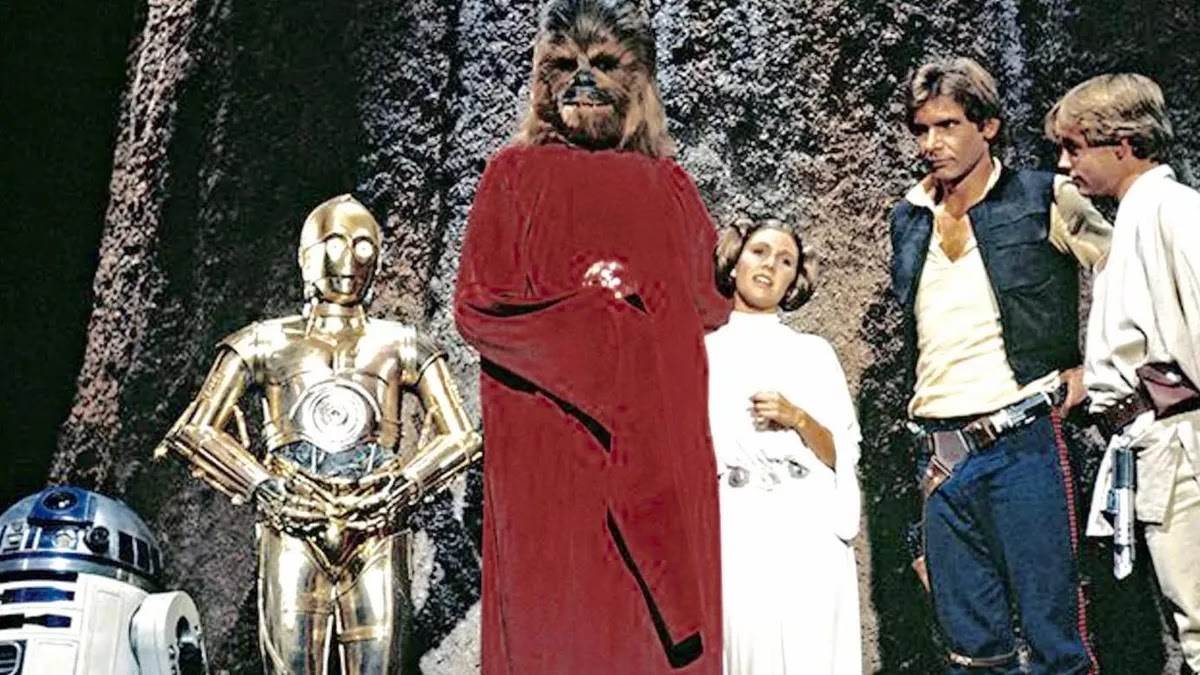 Now, a full 42 years later, Disney+ is seeking to rectify that near-mythical mistake with an animated follow-up entitled The LEGO Star Wars Holiday Special, which premieres tomorrow (yes, Life Day) on the streaming service. The special is set chronologically after the events of Star Wars: The Rise of Skywalker, but I’d advise against approaching it as an officially canonical expansion of the Skywalker Saga. Most of these LEGO animations are intended to be loosey-goosey fun rather than a further chronicling of events. Regardless, we open with Rey (voiced by Helen Sadler) training an apparently confirmed Force-sensitive Finn (Omar Miller) when she finds herself at an impasse. Discouraged, she journeys with BB-8 to an ancient Jedi temple where she discovers a device that allows her to visit Jedi Masters of the past via a time portal similar to the one we saw Ezra Bridger go through in Star Wars Rebels. Back on the Millennium Falcon (which is parked on the Wookiee planet of Kashyyyk, of course), Poe Dameron (Jake Green) is preparing for Life Day with the help of Rose Tico (Kelly Marie Tran, reprising her role from the sequel trilogy) and the droids C-3PO (Star Wars mainstay Anthony Daniels) and R2-D2. But the main focus of the story is Rey tumbling through the eras as she observes Luke (Eric Bauza) training under Yoda (Tom Kane of Star Wars: The Clone Wars) on Dagobah, sees Obi-Wan Kenobi interacting with Anakin Skywalker (James Arnold Taylor and Matt Lanter, respectively, both also of Clone Wars fame) during the prequel era, and eventually brings Kylo Ren (Matthew Wood of Lucasfilm’s Skywalker Sound audio department) back to the Battle of Endor, where he faces off with his grandfather Darth Vader (Matt Sloan) to win the favor of Emperor Palpatine (Trevor Devall). Billy Dee Williams also returns as Lando Calrissian, while Dee Bradley Baker once again plays some Clone Troopers and we get some fairly amusing interactions between characters across different time periods of the Star Wars saga, like bounty hunter Greedo (Green again) coming face-to-face with two Han Solos (AJ Locascio) of different ages. 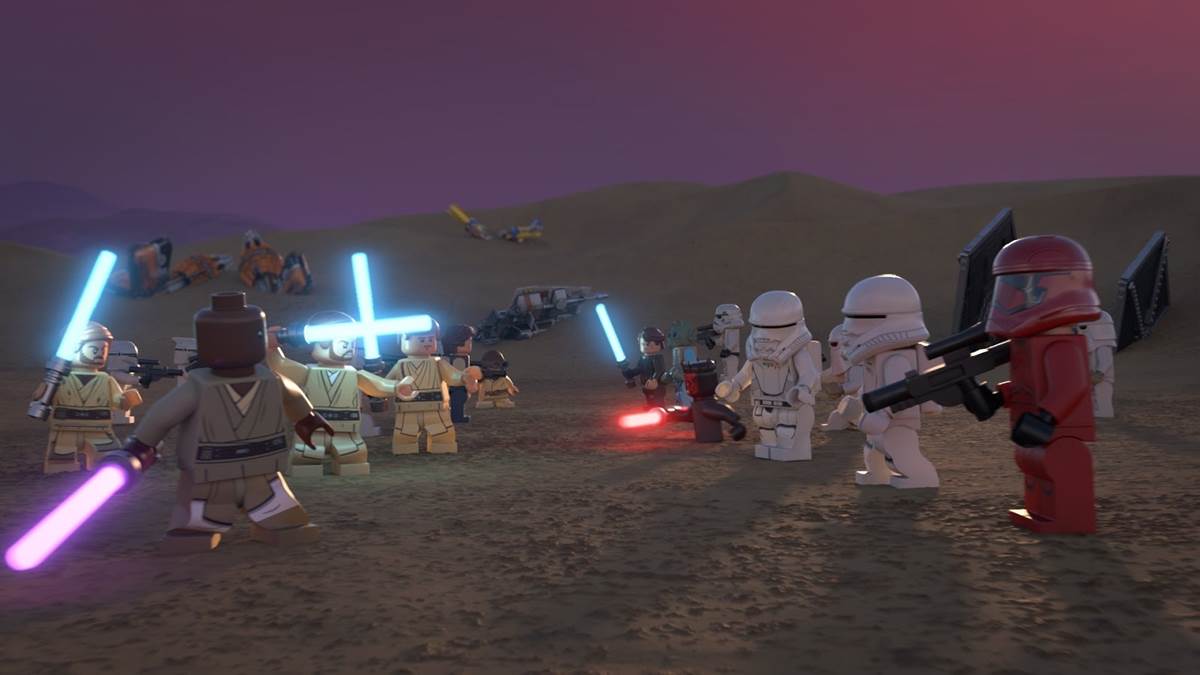 While the writing and animation style of LEGO Star Wars Holiday Special aren’t quite up to the lofty standards set by the excellent big-screen LEGO Movie adventures produced by Phil Lord and Chris Miller, it’s moderately clever enough for a one-off release like this, and the entertaining mix of action and comedy will likely please Star Wars-loving families for 45 minutes this holiday season. And for those of us who have suffered through the original Star Wars Holiday Special on one or more occasions, we get a few nods to that infamous disasterpiece– most notably the presence of Chewie’s wife Malla, son Lumpy, and now-Porg-hungry father Itchy. While I certainly would have appreciated seeing a couple extended musical numbers and a few bizarrely random celebs pop up in cameo appearances to pay further tribute to the George Lucas-disowned 1978 fiasco, I understand the desire to make something watchable instead.