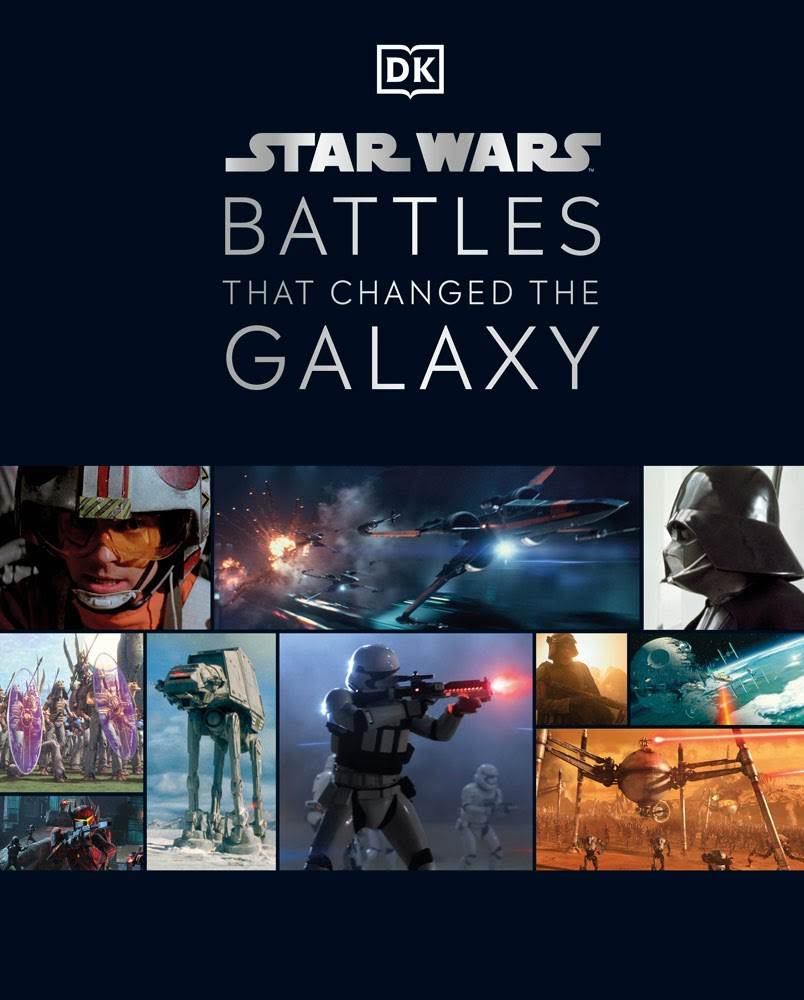 Reference books about the Star Wars franchise seem more plentiful than ever these days, to the point where some of the individual titles can afford to zoom in on the nitty-gritty of the George Lucas-created saga’s more specific subcategories and details. Case in point: Star Wars: Battles That Changed the Galaxy, a new hardcover coffee-table book from DK in conjunction with Lucasfilm Publishing, maps out all the significant skirmishes that have occurred in current-canon Star Wars media, including the 11 live-action theatrical films, several television series, plus numerous novels and comics.

Co-authors Jason Fry (Star Wars: The Essential Atlas), Cole Horton (Star Wars: Book of Lists), and Amy Ratcliffe (Star Wars: Women of the Galaxy) obviously all have experience writing about A Galaxy Far, Far Away, and they’re joined by World War I historian Chris Kempshall (British, French and American Relations on the Western Front, 1914–1918) who I’m guessing brought along a rather unique perspective of how war works in reality to partner with those more focused on the fictional side of things. 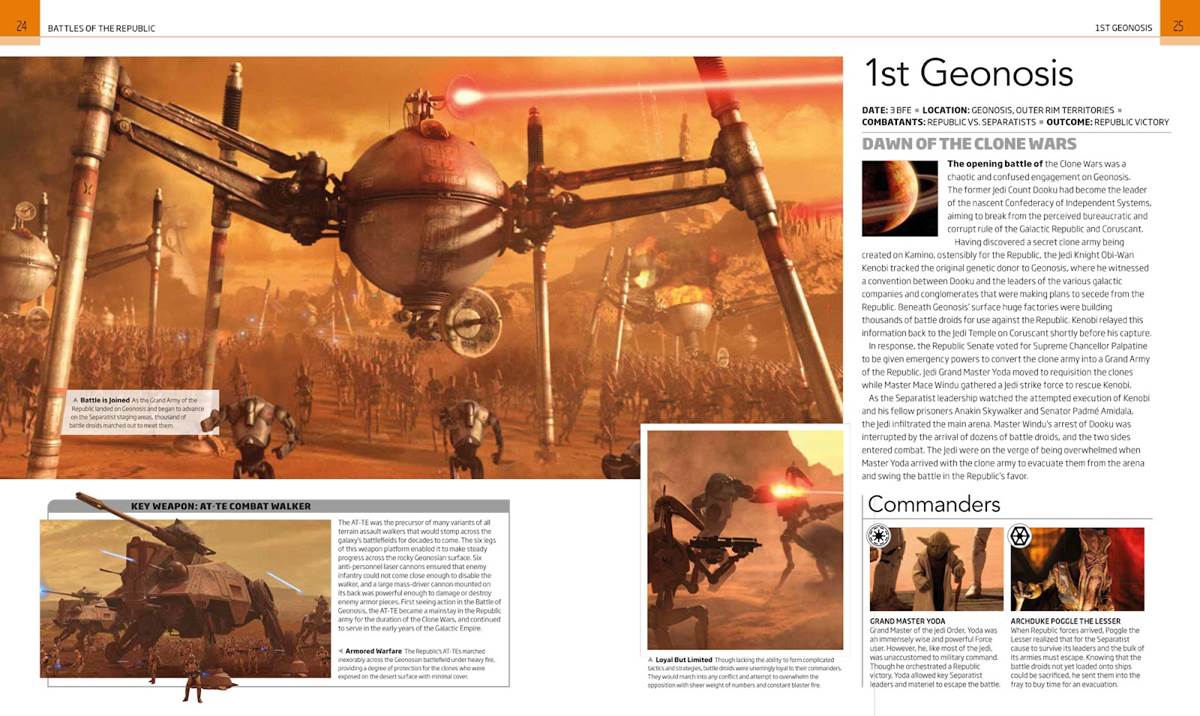 Battles That Changed the Galaxy is divided into four sections: “Battles of the Republic” (covering the events of the Star Wars prequel trilogy and The Clone Wars animated series), “Sparks of the Rebellion” (Solo: A Star Wars Story, Star Wars Rebels, and early parts of Rogue One) “Galactic Civil War” (from the Battle of Scarif through the war’s end at Jakku, the video games Star Wars Battlefront II and Star Wars: Squadrons, and elements of The Mandalorian), and “First Order-Resistance War” (documenting the Disney-produced sequel trilogy and Star Wars Resistance). Each section begins with a handy, clearly laid-out timeline, arranged in a way that will help readers more easily understand the sequence in which all of this combat unfolded in-universe. Then the pages dedicated to the specific battles spell out the reasons why they happened, how exactly they were fought, who was in charge of each side, and of course which faction ultimately emerged victorious. 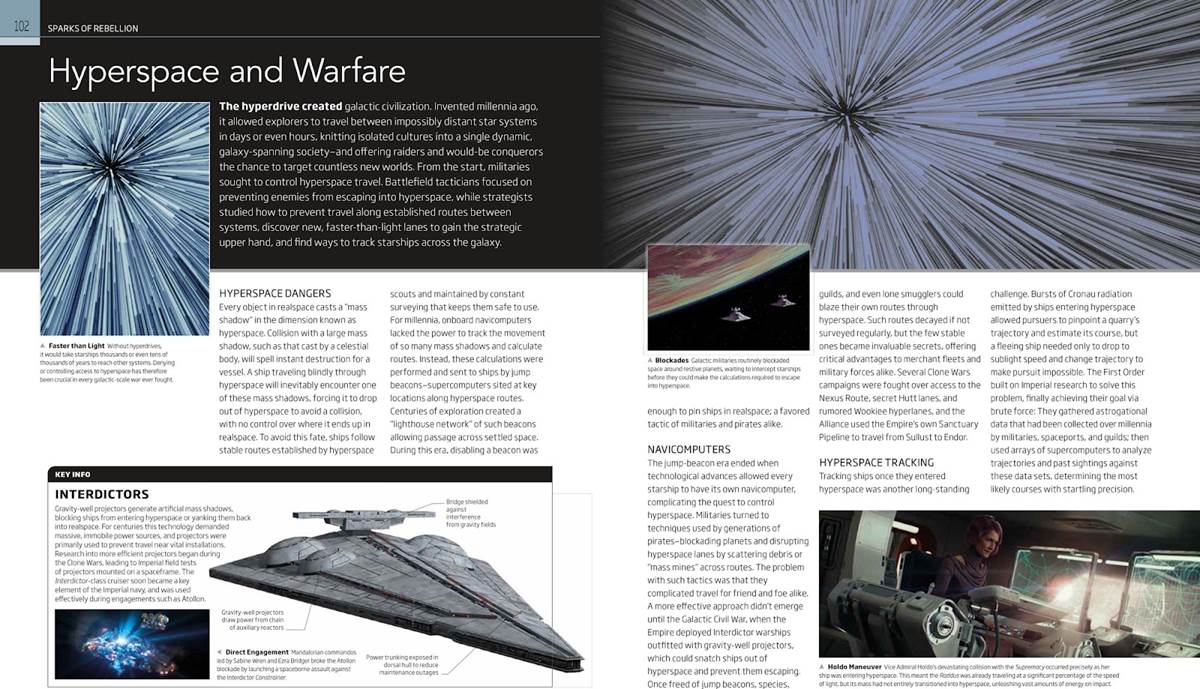 Screen-captures from the movies and TV shows or panels from the comic books accompany each article, along with cross-sections and size comparisons of ships, profiles of key players, and occasionally diagrams of the battlegrounds themselves, be they in space or planetside. Along the way, interstitials on topics like “Strategic Worlds,” “Hyperspace and Warfare,” and “Intelligence and Espionage” take deeper dives into concepts that further illuminate the hows and whys of the way war works in this fantasy setting. As someone who’s more interested in the underworld side of Star Wars than the military aspect, I can’t say that Battles That Changed the Galaxy is something I’ve been clamoring for… but it’s always refreshing to have a book about the franchise that isn’t focused exclusively on the Jedi, and while reading through it I was consistently impressed by the obvious amount of research and care that went into its writing. For anyone out there who lives for space battles and/or ground warfare viewed through the lens of their favorite fictional space-opera universe, I can’t imagine a more appropriate gift this holiday season than this book. 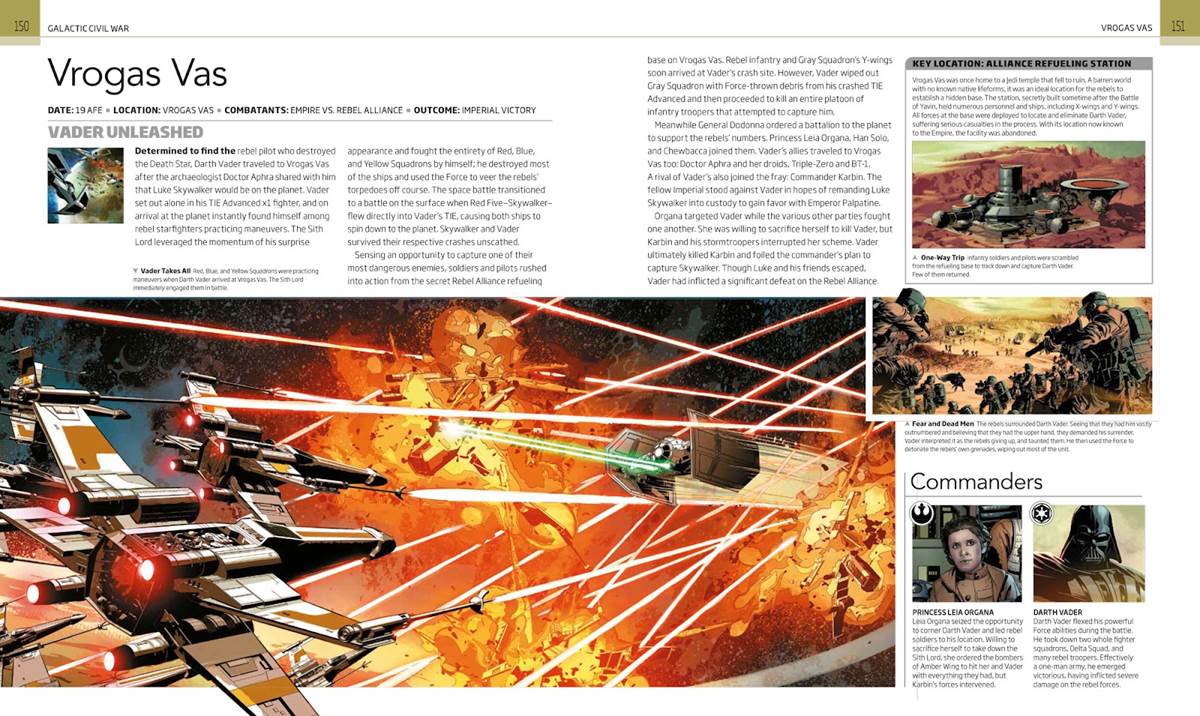 Star Wars: Battles That Changed the Galaxy is available now wherever books are sold.