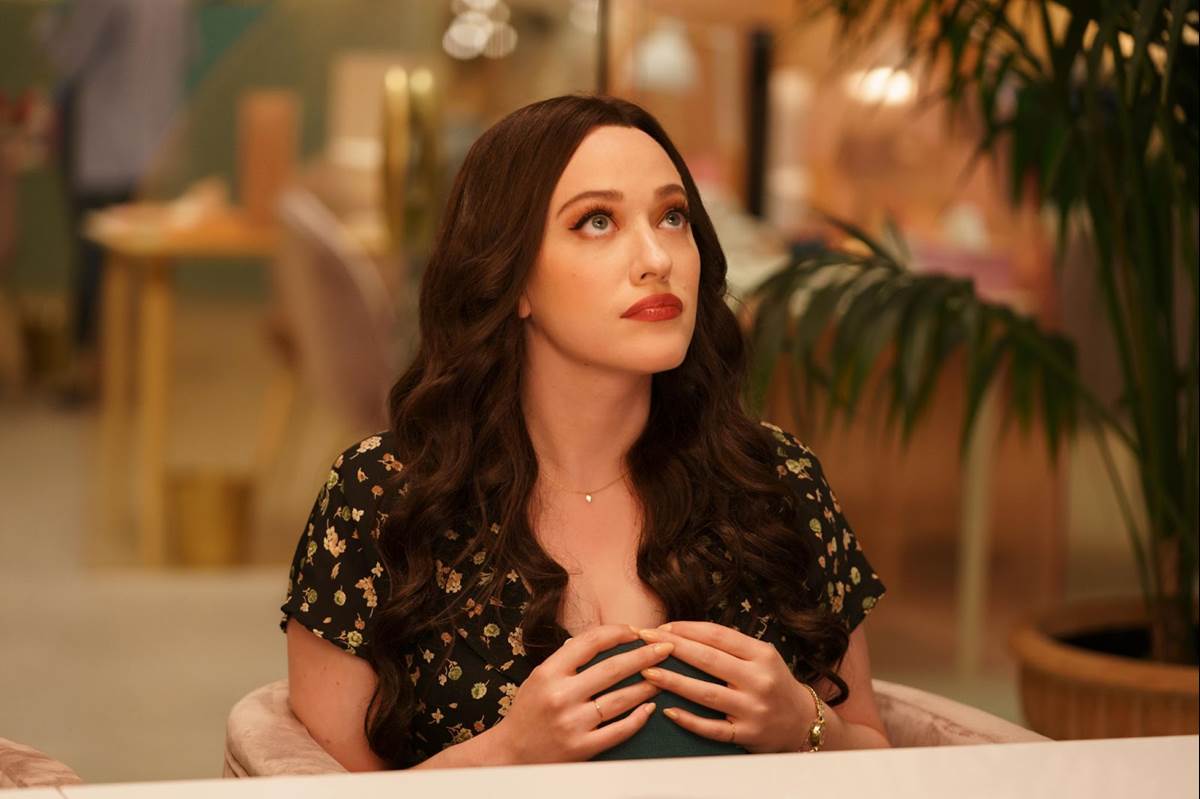 In my nearly seven years working as an entertainment journalist, I’ve come to accept the fact that on occasion I’m going to have to cover something for which I am inarguably not the target demographic. And in late 2019 I found myself faced with one of those situations: I attended a PaleyFest screening and panel for Hulu’s single-camera sitcom Dollface starring Kat Dennings. Looking back over my review for the series’ pilot, I feel like I was probably unnecessarily harsh on the show and Dennings in particular (her MCU role admittedly used to get on my nerves, but I think I’ve softened on her a bit in the interim, likely thanks to Darcy’s somewhat more charming turn in WandaVision).

And now that the COVID-delayed second season of Dollface is about to drop on Hulu next week, I’ve been assigned to watch and review the series again, this time with the added perspective of it having settled more comfortably into its own voice. 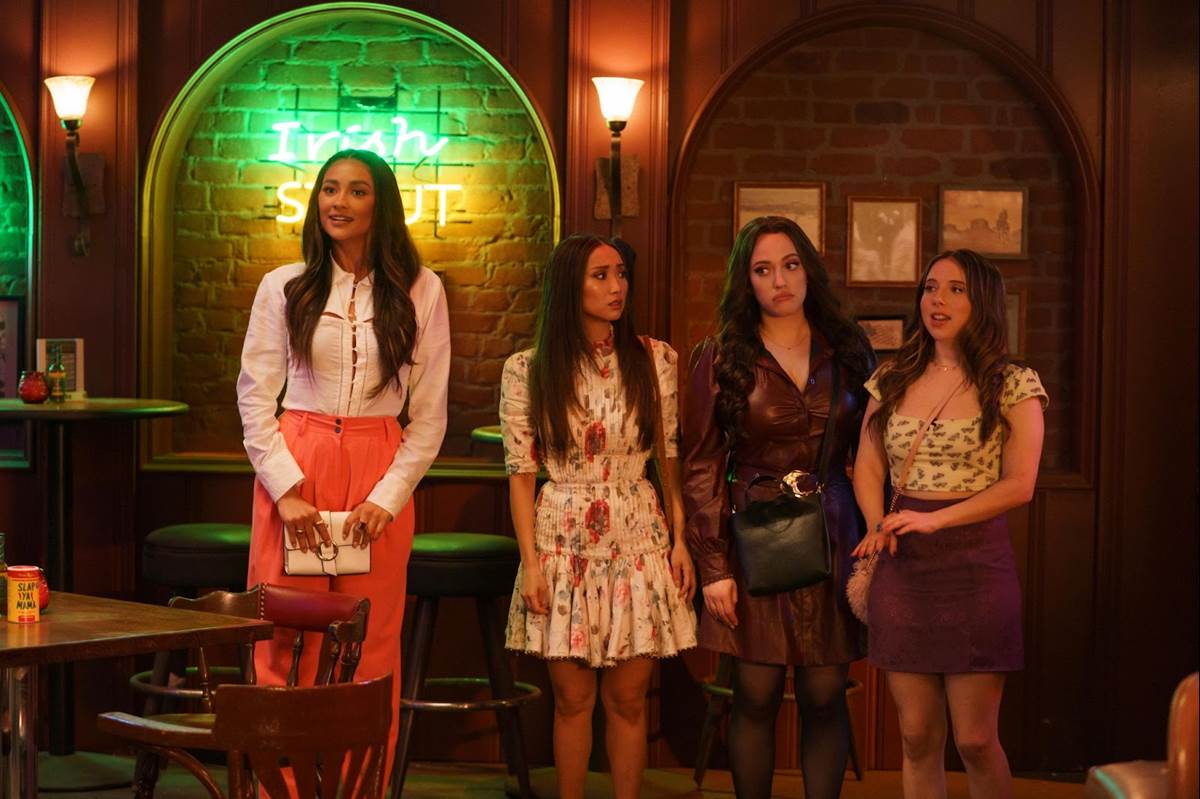 At the outset of season 2, Dollface follows a group of Los Angeles-based women who are all on the verge of turning 30– a milestone they consider to be a major turning point in their lives, each in their own unique way. Jules (Dennings) is waffling over which paths to follow in her professional and personal lives, her best friend Madison (Brenda Song of Amphibia) finds herself unemployed and is inspired to launch her own PR firm, Stella (Shay Mitchell from Pretty Little Liars) decides to help renovate her new girlfriend’s bar, and Izzy (Alone Together’s Esther Povitsky) is frustrated by feeling inferior to those around her. Much like the most recent season of HBO’s Curb Your Enthusiasm, Dollface acknowledges that the pandemic happened (the season opens with a montage wherein we see what these ladies were up to during that period… mostly finding ways to keep themselves entertained while they were stuck at home) but then makes a similarly understandable mistake of assuming it was coming to an end, as the remainder of the episodes act as though everything has pretty much gone back to normal. 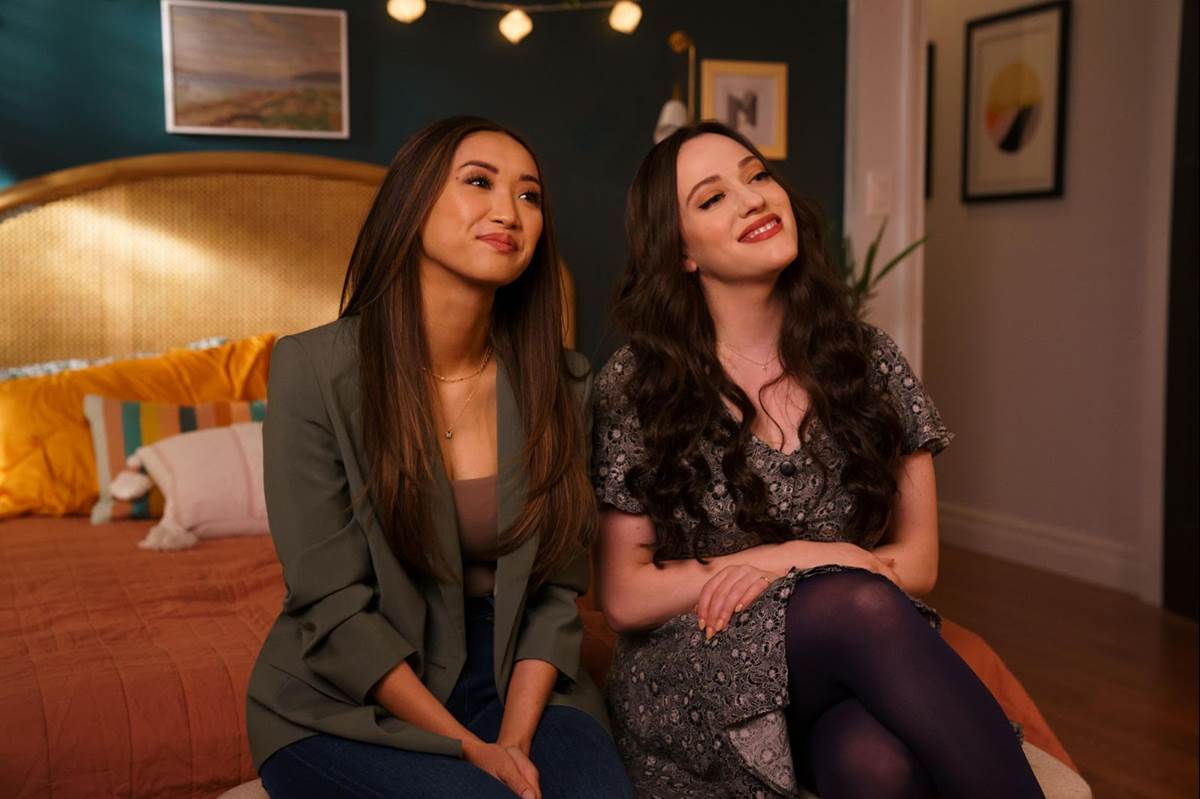 Watching this foursome navigate life, love, and their respective careers through season 2 has reminded me that Dollface is essentially a slightly more (intentionally) awkward west coast version of Sex and the City… or is it a female-oriented Entourage where the characters aren’t famous… nah, I’ll settle on it being a much-less-artsy take on Girls, with the mindscreen fantasy sequences of Andy Richter Controls the Universe (anyone out there remember that series?) thrown in for good measure. Yes, Jules has an imaginary friend who’s a literal Cat Lady (veteran character actress Beth Grant of Donnie Darko fame) and often escapes into her own mind’s playful pop-culture-inspired daydreams– there’s an entire episode told through the fairytale lens of a Disney animated princess movie. Malin Akerman (Watchmen) also returns as Jules’s stern-faced boss Celeste, and we get more of the Alisons and the various significant others who pop in and out of these women’s lives, but the real focus here is on the talent and charisma of the leads. 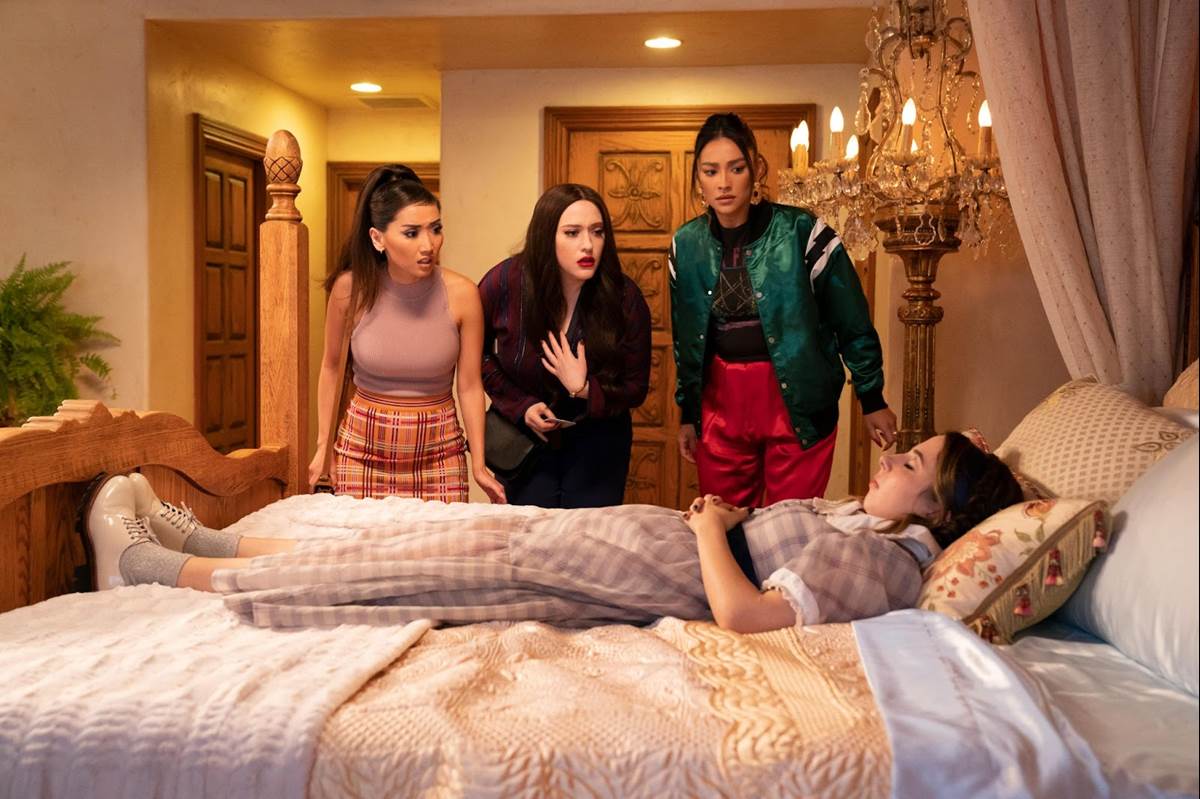 I do feel like the ladies’ jet-setting Southern California lifestyle may sometimes be difficult to relate with (heck, I’ve lived in L.A. for nearly 25 years and their hip, high-fashion world is almost entirely unfamiliar to me– while watching I kept asking myself if this is how Millennials really live their lives). But a good number of the gags land well enough– there’s a laugh-out-loud moment where the gals have to take a sexy-dancing class and Jules comments that she feels “like Velma searching around for her glasses”– and the various cast members add up to a relatively winning combination of complementary appeals. There are a couple episodes that feel hampered by the circumstances of their COVID-restriced production (like a story set at an all-female music festival that feels sparsely attended at best), but it’s enough enough to sink the show as a whole, which I ended up finding perfectly enjoyable for what it is– while still accepting that what it is is simply not meant for me as a viewer. Those who do fit into Dollface’s target audience will in all likelihood get a whole lot more out of this second season than I did, and based on that benchmark– like its characters, who achieve a series of not-too-lofty goals– I’d call it a modest success. 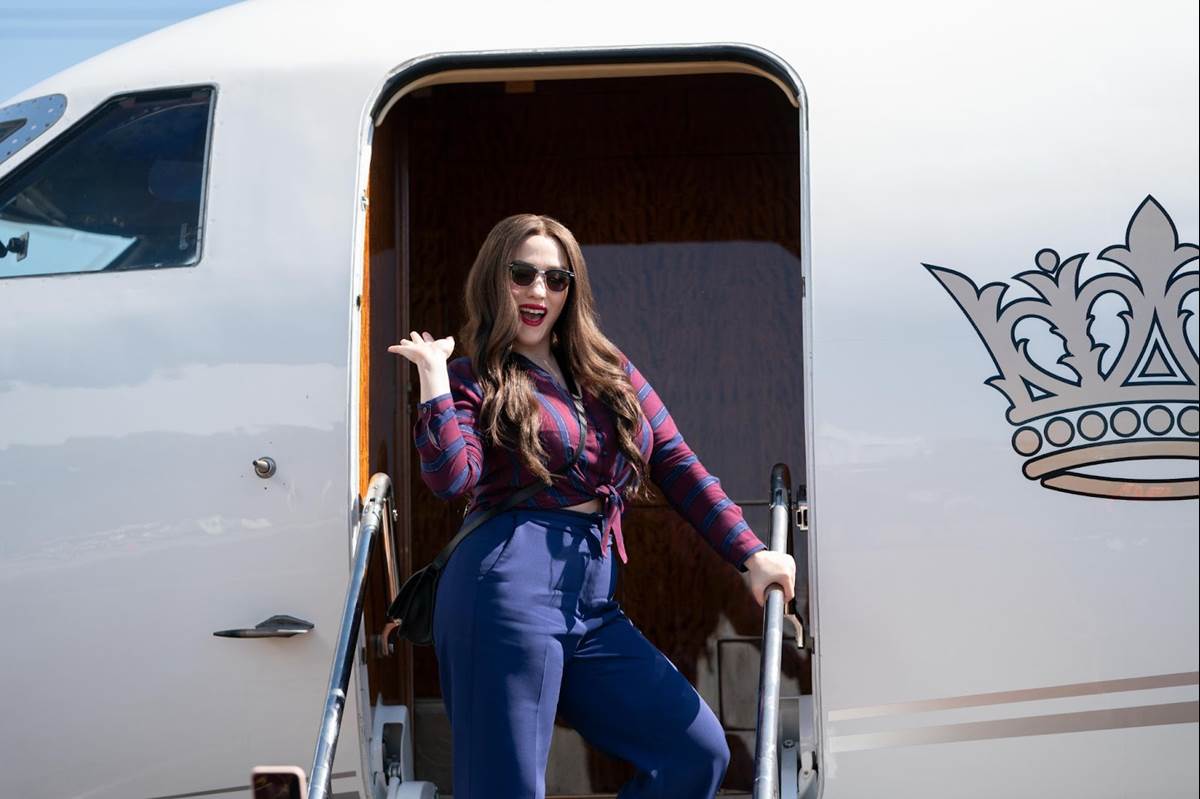 Season 2 of Dollface premieres next Friday, February 11, exclusively on Hulu.