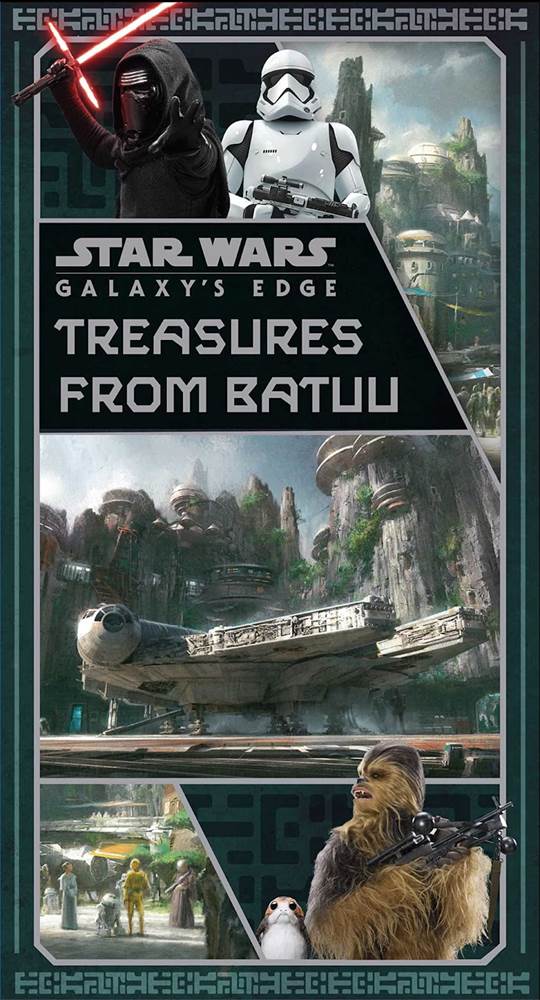 About six months ago I reviewed a fun book from Insight Editions called Star Wars: Jedi Artifacts, which contained a dozen collectible items related to those famous Force-using warrior monks from A Galaxy Far, Far Away.

And now Insight Editions has released a follow-up title along the same lines– it’s called Star Wars: Galaxy’s Edge – Treasures from Batuu, and this time the volume contains ephemera from the fictional city of Black Spire Outpost, as represented in Disney Parks’ immersively themed Star Wars lands at both Disneyland Resort and Walt Disney World. 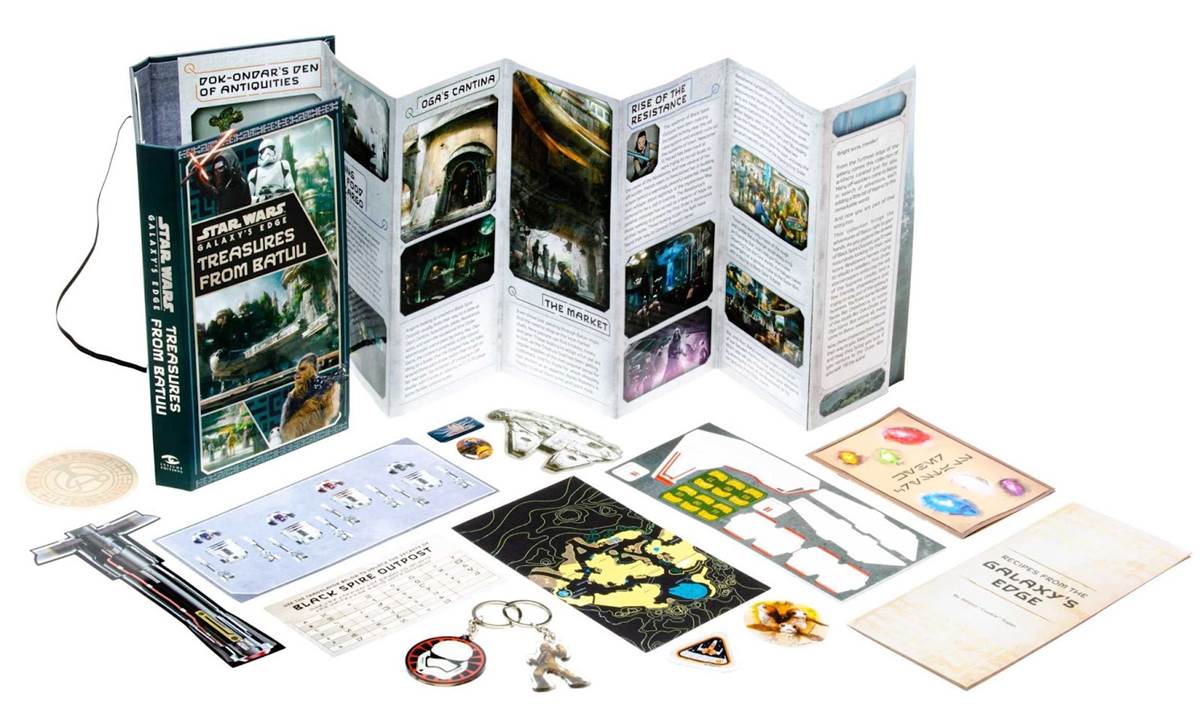 Similar to Jedi Artifacts before it, Treasures from Batuu serves up useful in-universe information in addition to fifteen unique trinkets (that’s three more than before!)– each one tying back to something (or someone) you might encounter during an average visit to Star Wars: Galaxy’s Edge. There are Chewbacca and First Order Stormtrooper keychains, a Resistance X-wing patch, a Kylo Ren lightsaber bookmark, Oga’s Cantina post-it notes, stickers depicting Porgs, the Millennium Falcon, and buildable Astromech droids, a guide to Kyber Crystals, a Galaxy’s Edge recipe pamphlet, a DJ R-3X button, a baby Sarlacc magnet, an Aurebesh translator card, a map of Black Spire Outpost, and a foam model of Chef Strono “Cookie” Tuggs’s food transport ship. Some of the items are more exciting than others, but I can definitely see dedicated fans making use of most of this stuff, especially if they’re looking to decorate their laptop or even plan a family trip to Star Wars: Galaxy’s Edge. 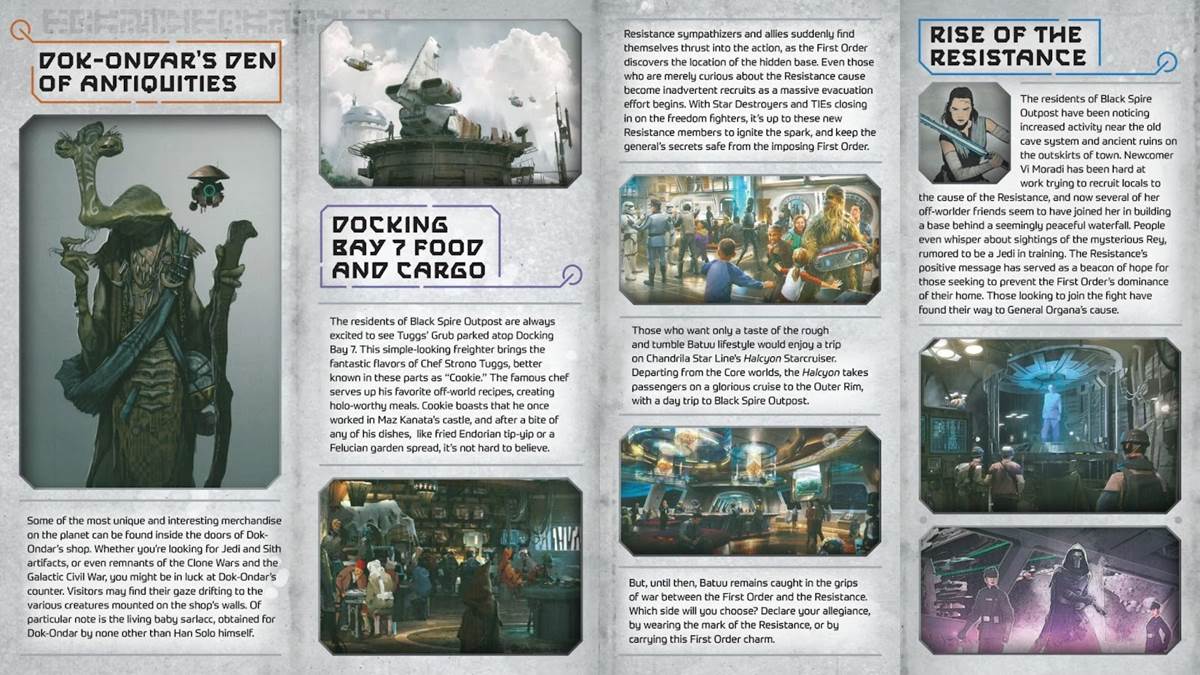 The surface-level information contained in the book has already been common knowledge to anyone paying attention to Galaxy’s Edge over the past few years, but it would certainly be a handy guidebook for novices or a complementary companion piece to becker&mayer!’s Star Wars: Galaxy’s Edge – A Traveler’s Guide to Batuu, which came out in 2020. Readers will learn the basics about Black Spire Outpost, including its history and a rundown of its shops and other locations like the city’s spaceport, Droid Depot, Savi’s Workshop, Dok-Ondar’s Den of Antiquities, Docking Bay 7 Food and Cargo, and the Marketplace. There’s also a clandestine envelope tucked in the back of the book and sealed with a stamp reading “Magpie” in Aurebesh– Galaxy’s Edge fanatics will recognize this as the codename for Resistance spy Vi Moradi. Inside the envelope is a… well, I don’t want to spoil everything, now do I? 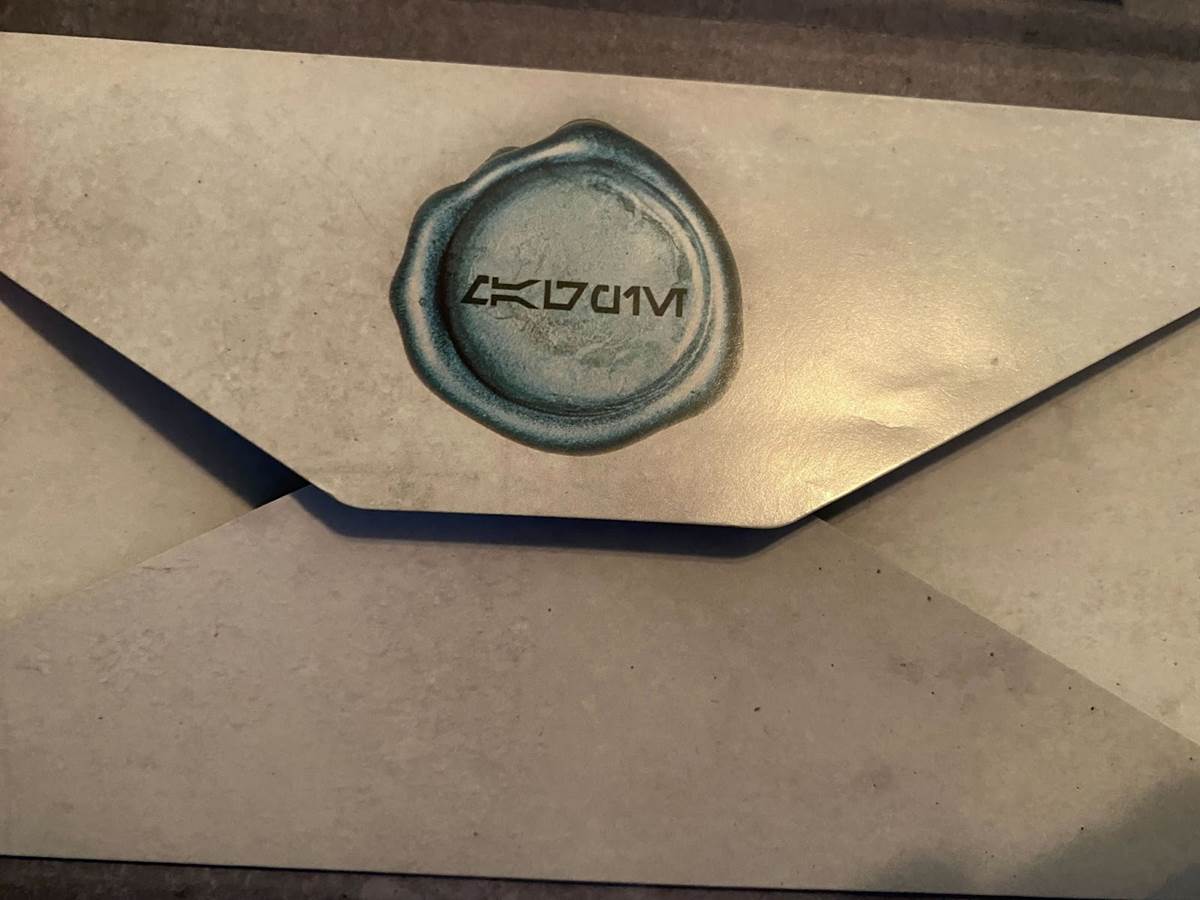 Overall, I don’t think hardcore Star Wars devotees like myself are going to find too much new material as far as the information goes in this book, but I would absolutely recommend it to anyone looking to expand their collection of nifty Galaxy’s Edge-related treasures. It would also be a great gift to young kids preparing to travel to Batuu for the first time, or those who simply can’t get enough of Star Wars at Disney Parks. 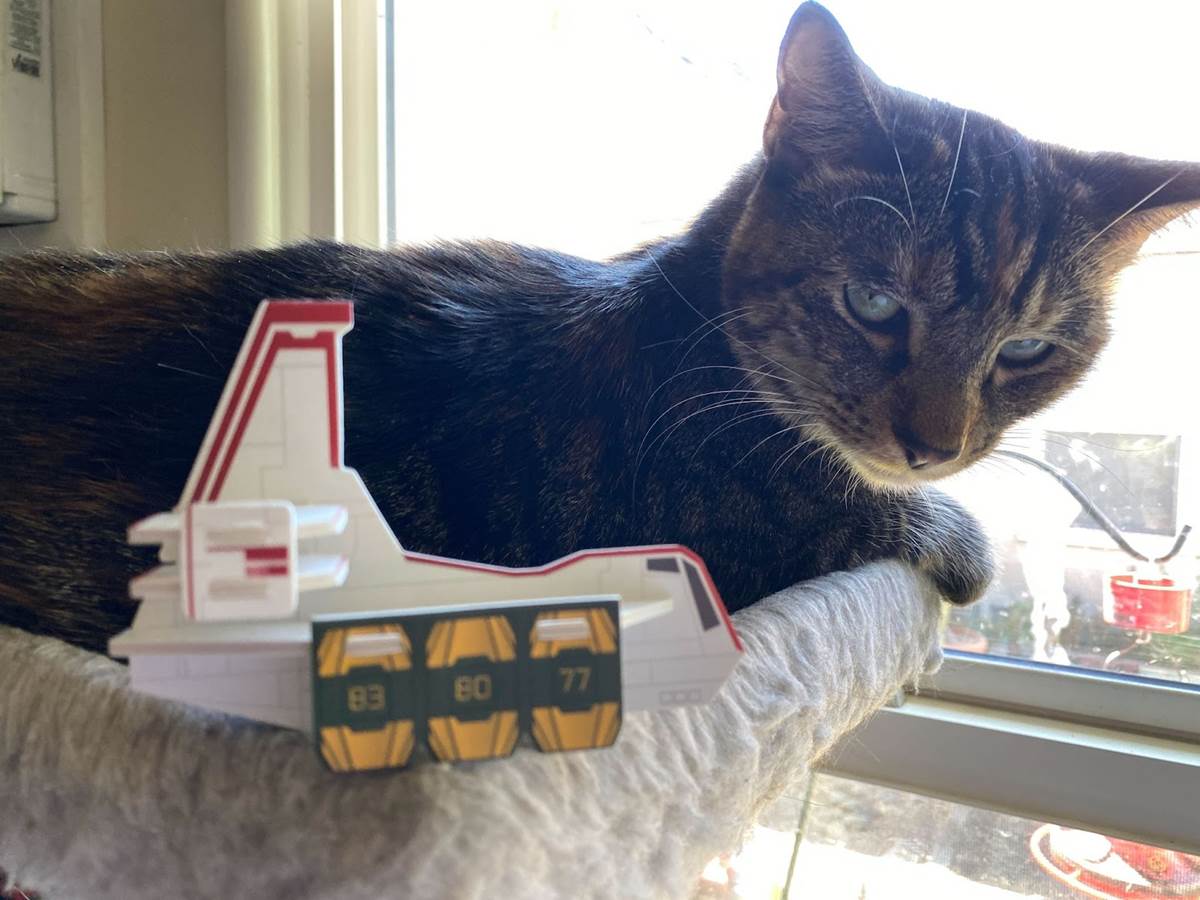