New York Comic-Con Treated fans of The Owl House to the first (after the premiered), and sadly, last panel focused on the award-winning Disney Channel series just about a week ahead of the debut of the first of three finale specials airing on the network. 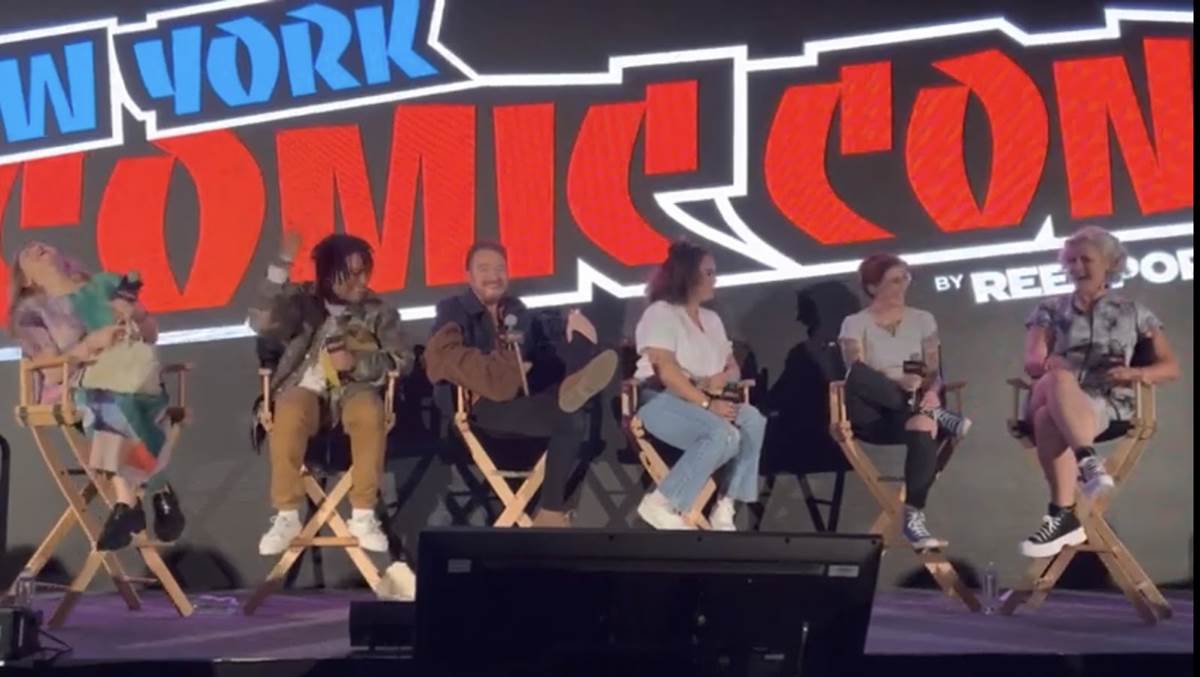 While the group had to be acutely aware of spoilers, with the three finale specials just around the corner, they tiptoed around fan-favorite moments and reinforced the show’s themes of found-family. While the first third or so focuses on scripted questions to the cast, which includes a surprise performance of Hooty by Hirsch, complete with puppet, the bulk of the panel was dedicated to fan questions. We also were treated to a bit of new information about Hooty, with the reveal of the genesis of the character. According to Hirsch, when the show was being developed, he laid down demo vocal tracks, and for Hooty, did what he called “The world’s worst Mickey Mouse impression.” Upon seeing the reels, Dana (Terrace) liked it so much that they kept it and he soon found himself inside the booth again with over 70 lines of scripted dialogue in front of him.

Speaking of Hooty, with the fans Q&A, we also learn that a nonsensical storyline that revealed where Hooty came from and how he came to be The Owl House was left on the cutting room floor when Season 3 infamously got cut short from a full season to the three finale specials. Terrace mentions though, that one lone person on the internet who shared their thoughts on how Hooty came to be was exactly right, and his origins will be hinted at in the upcoming finale specials, but not a full fledged storyline.

Not shown in our video are new character designs that will be seen in the coming finale specials, but they are referenced in the Q&A when asked if Hunter is wearing a Rocko’s Modern Life shirt, and Dana Terrace confirms that yes he is because she loved that Nickelodeon series. Of course, The Owl House has some diehard fans who need to know everything now, and even though they were told they can’t answer anything spoiler-y, they still asked and much to the crowds cheers and applause, were told to tune in when the first of three finale specials debuts on Saturday, October 15th at 9:00 PM.

Other fans asked what Dana would have liked to explore more if she could, and the answer was a very quick Eda and Raine Whispers, much to the fans delight, and their teen years at Hexside with Teen Lilith and Teen Darius. I think we can all agree, we’d love to see that as well. Take a look at all the other fan questions and the cast and creator of The Owl House in our NYCC Panel video below!

You can catch up with The Owl House with all the episodes now available on Disney+.