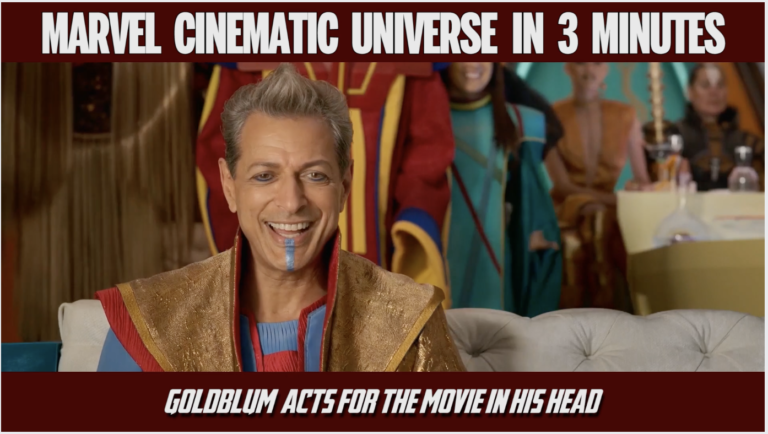 Avengers: Infinity War will make its debut this week. After 18 films, fans are hopeful that Marvel can pull off this story that’s so big, it’s breaking records before it even hits theaters. The fun folks over at Recap Raps put together a 3-minute video to catch you up on all three phases of the MCU. You know, in case you didn’t have the time for a marathon rewatch. So, if you’re craving some Avengers content, but trying desperately to avoid spoilers, you’ll appreciate this fun rap.

Note: There is some mild adult language in this video.

As every Marvel fan knows, the MCU wouldn’t be what it is today without the vision and passion of Kevin Feige (among others). He was the best man for the job, because he himself is a fan of the genre. He also happens to be a fan of another massive franchise, Star Wars. Feige recently sat down with the folks over at the Star Wars Show to discuss another infinitely awesome galaxy. Check it out:

Well, folks, this is it! My fangirl heart is about to burst because tomorrow is the official release date for Avengers: Infinity War. Are you ready? I am. I’ve got all of my Marvel Tsum Tsums, my Infinity Gauntlet oven mitt, and my Captain America dress. I’m going to assemble. We’re going to do our best to keep our Marvel content as spoiler free as possible, because like you, we want to enjoy the movie without any outside influences. Of course if you’d like to know what critics are saying, and whether the film is considered Rotten or Fresh, you can check out our Infinity War Review Roundup. We’ve done our best to select review quotes that are as vague as possible.

Did you like this Recap Rap? Did you know that King Feige was a Star Wars fan? Let us know! “Dread it, run from it, destiny still arrives…” Avengers: Infinity War premieres world wide TOMORROW (April 27th)!