If you and your family are looking for a fun day inside, today was the virtual Frozen Fan Fest playdate event that was filled with fun and activities. Though we watched it live as it happens, as of press time it was still available for repeat viewings here. The event was hosted by celebrity chef, Ayesha Curry, and was divided into several sections based on the elements featured in the film, Frozen 2.

The Fan Fest began with the first element, Water, with many of the activities snowman and Olaf themed. The segment opened with a greeting from Caroline Bowman (Elsa) and Caroline Innerbichler (Anna) from the North American tour of Frozen: The Musical, saying they can’t wait to start touring again next year. We then jumped right into the Olaf fun with a drawing tutorial of the fan-favorite snowman, with Once Upon a Snowman directors Trent Correy and Dan Abraham. 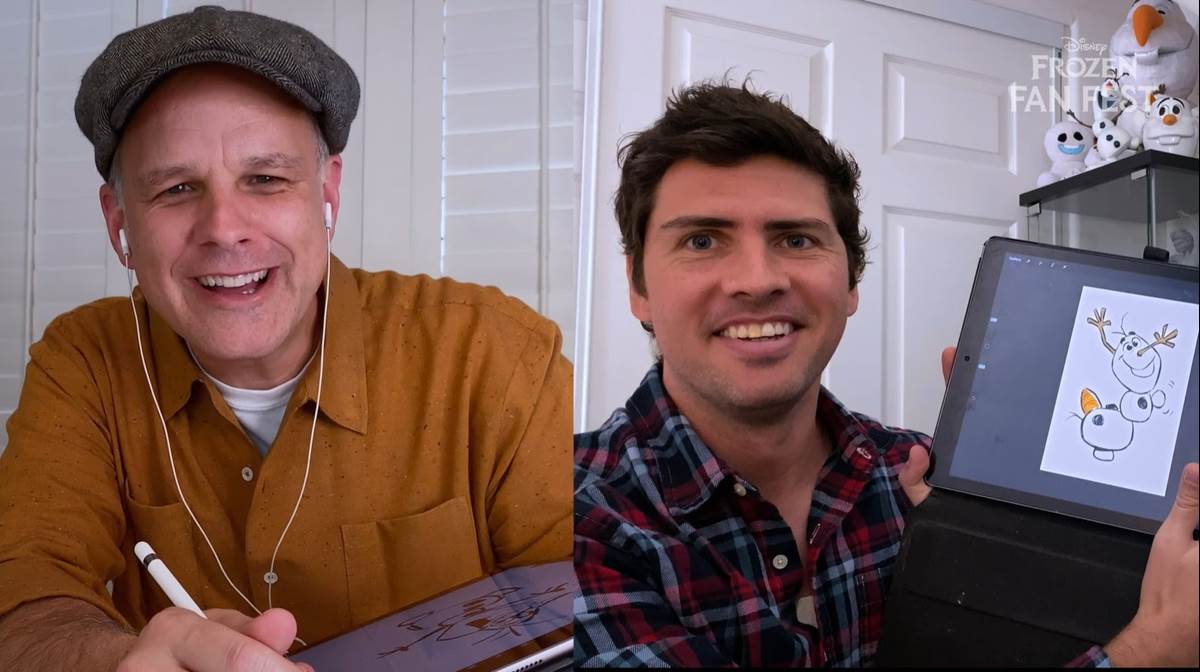 It was just after this tutorial that a new trailer for Once Upon a Snowman, the Olaf short coming exclusively to Disney+, debuted.

Throughout the event, clips from the Disney+ limited series, Into the Unknown: The Making of Frozen 2 played as well. After we got a look at the soundtrack recording for the film, we learned how to make fun wintry watercolor crafts and finished up with a sing along of “Some Things Never Change.”

One thing that we can use the element of fire for is to cook! It’s a good thing we have a celebrity chef hosting the event! So to kick off this segment, we get a cooking lesson from Ayesha Curry where we learned how to make Sven-pleasing Carrot Cake Scones. 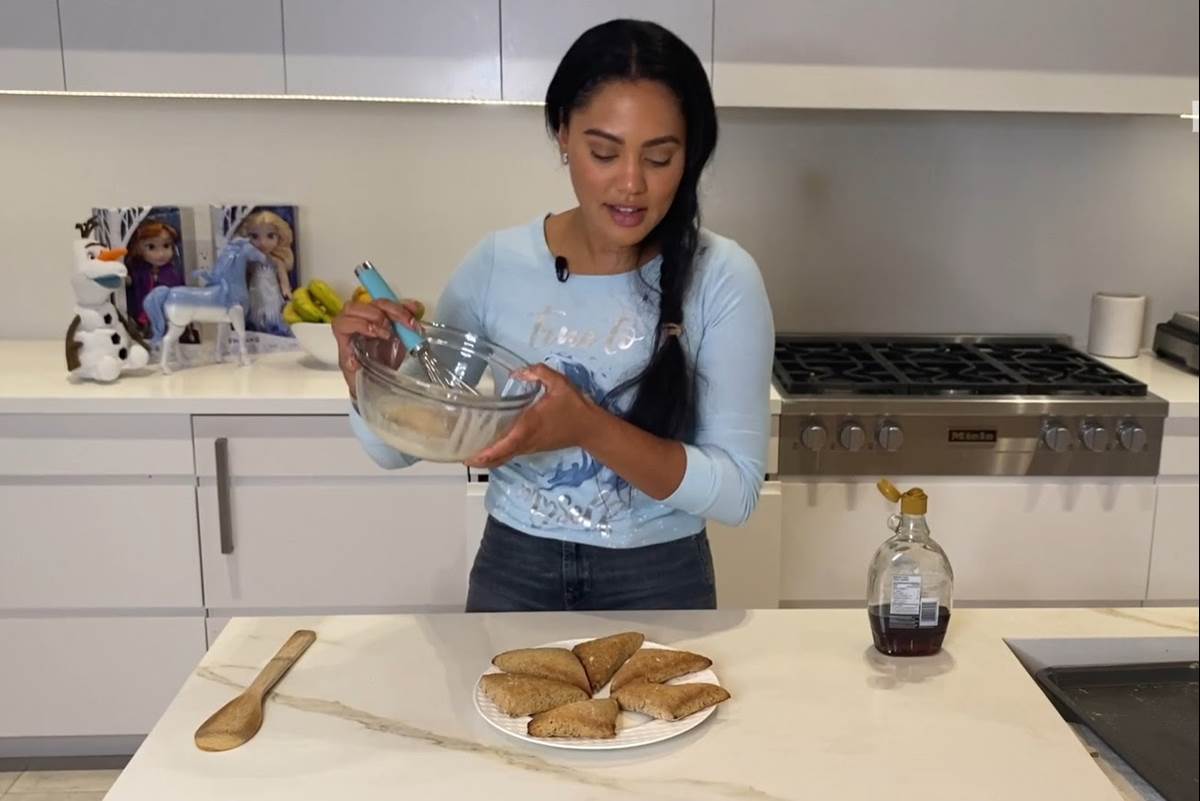 Jason Maybaum from Disney Channel’s Raven’s Home hosted a fireside storytime where he read Frozen 2: One For The Books alongside a talking plush Olaf. 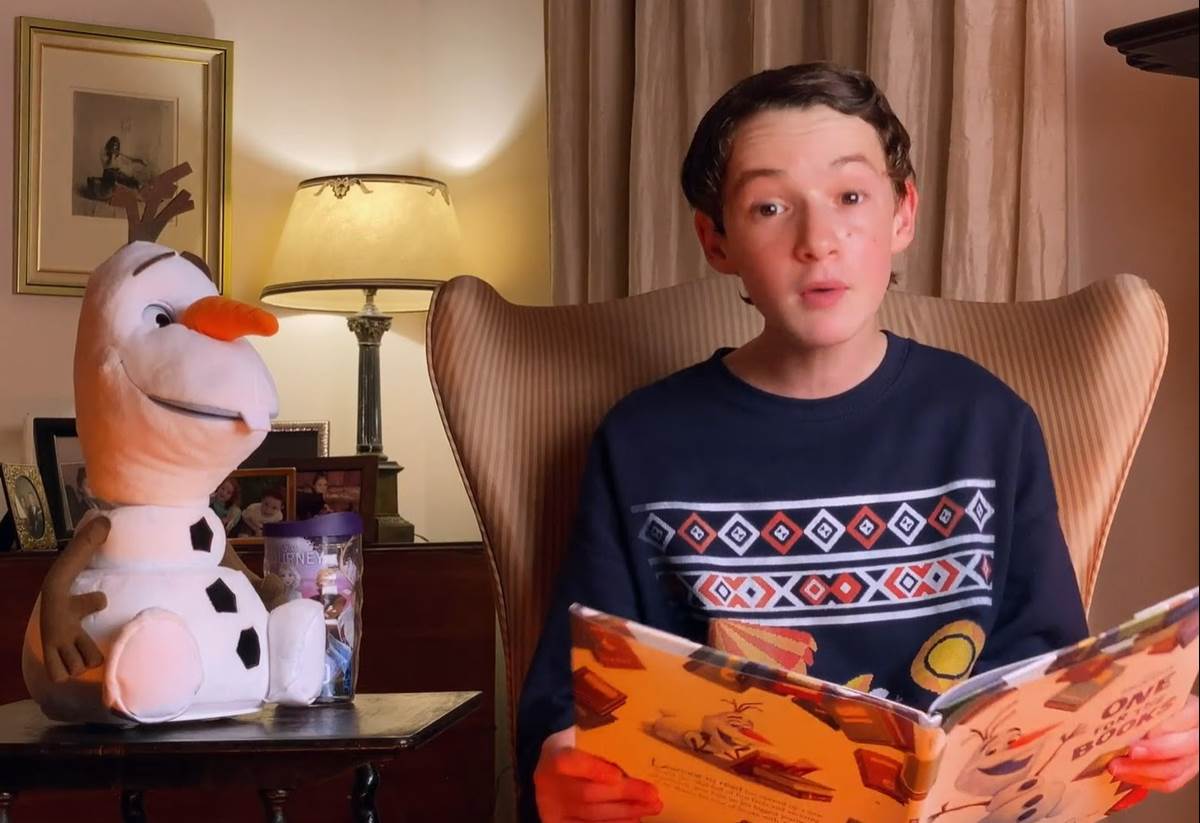 And for the kids of all ages who can’t get enough of the fire-sparking salamander, Bruni, we got an activity wherein we can make our own Bruni out of Play-Doh! 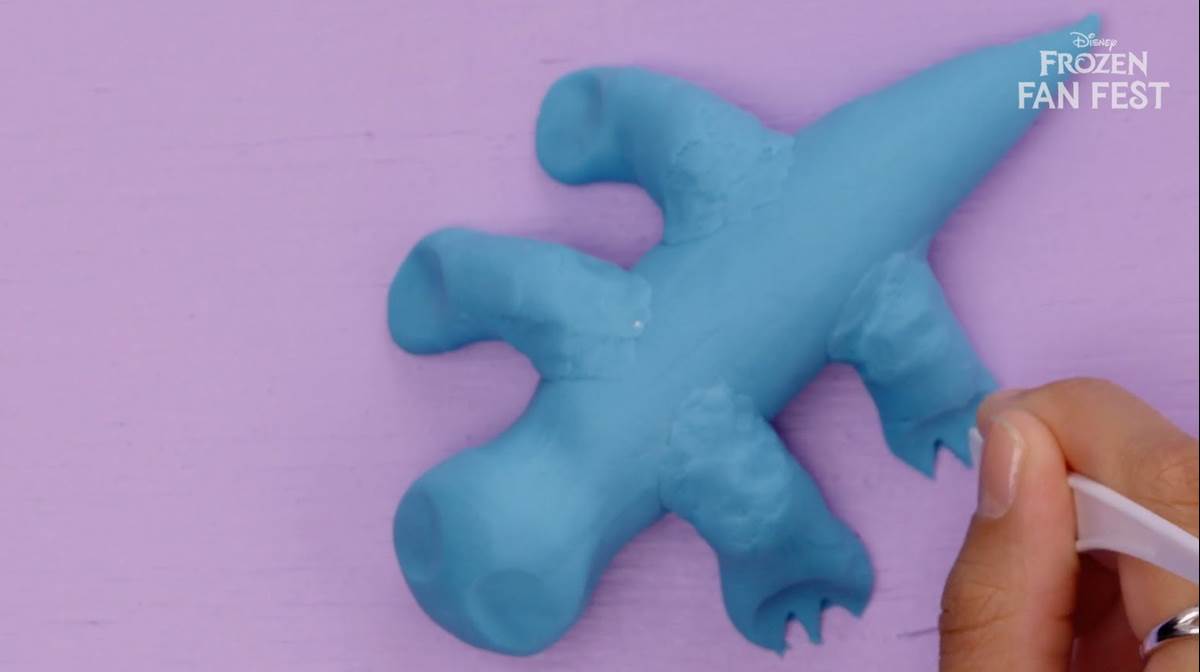 After some trivia, that again populates the entire virtual event, we are led into a sing-along featuring the anthem from the Frozen 2, “Into the Unknown.”

When the segment opens, we get another crafty activity making dioramas of different Earthy-landscapes which are especially helpful for displaying some of our Frozen 2 toys, available from ShopDisney. The next segment, Frozen Suite Dreams, shows two sisters doing arts and crafts to makeover their room and playing board games, like Frozen Monopoly. The next segment features another family building all of their LEGO Frozen sets, including the Arendelle castle. While the product placement in other segments is there, this segment includes the caption numerous times “ADVERTISEMENT FOR LEGO.” We then get into a sing along for what is arguably the best song in the film, “Lost In The Woods.” 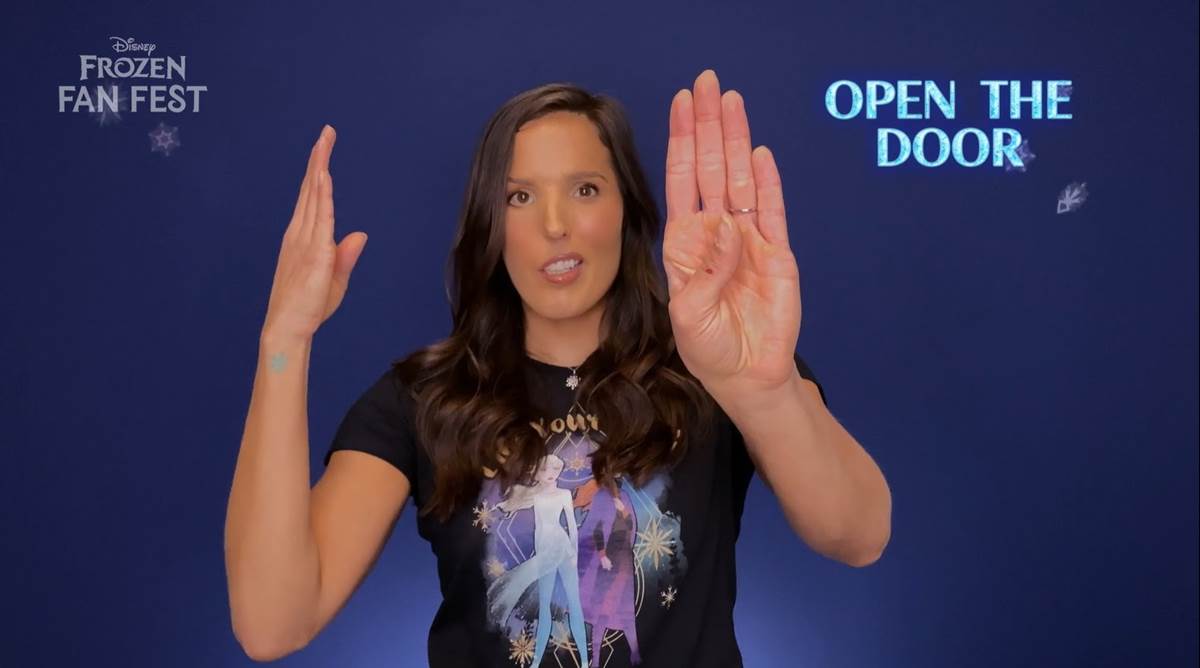 There is also a promo clip from the Frozen: The Musical touring show showcasing the performer behind Sven and how the puppet works.

In the film, Elsa sends messages to Anna through her new friend, Gail. Using this as a jumping off point, we now learn how to make secret origami messages that we can send to our friends! 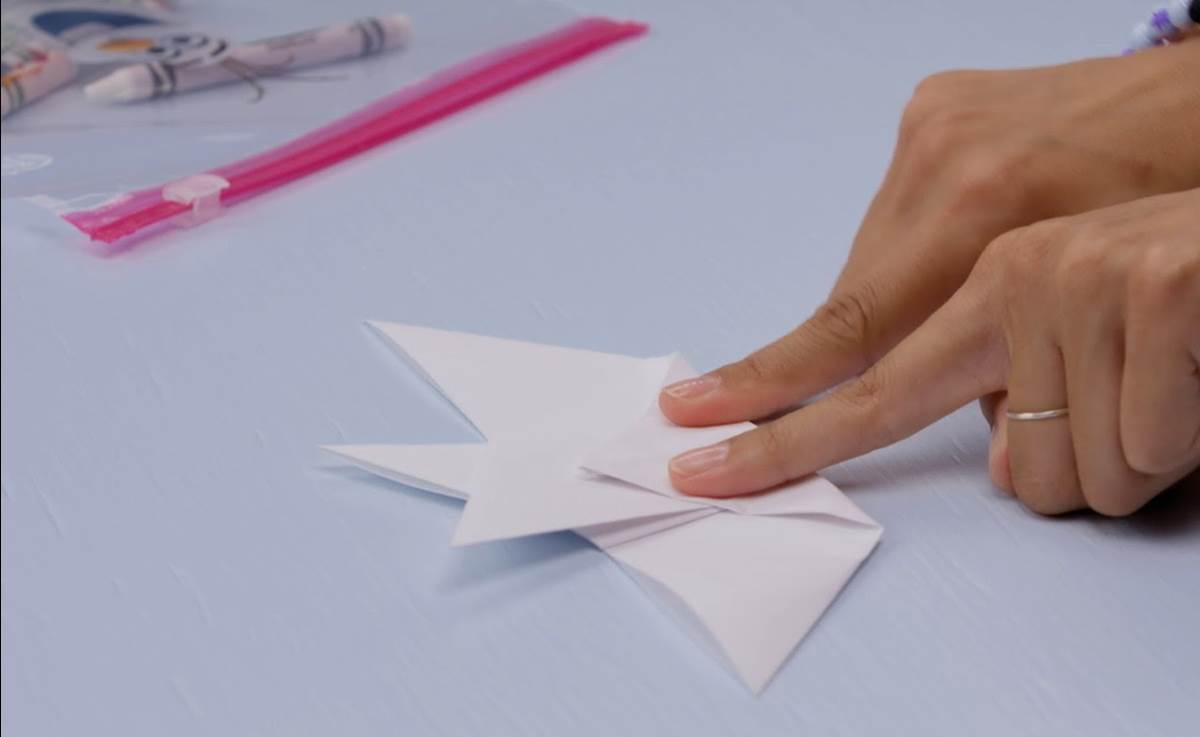 The next segment is lengthy but covers anything you can think of to throw a Frozen 2 themed birthday party, or any kind of party featuring the favorite characters and look of the movie. Our host also includes different themed DIY crafts and snacks to keep the fun going throughout your Frozen 2 event. After a segment showcasing some kid sisters trying on different Frozen clothes from ShopDisney, we take a look at a family getting ready for that holiday that is just around the corner, Halloween. They are all dressed up as different characters from the movie (Two Annas! What?!) as they celebrate Halloween with a Frozen twist, like decorating pumpkins with Frozen characters. 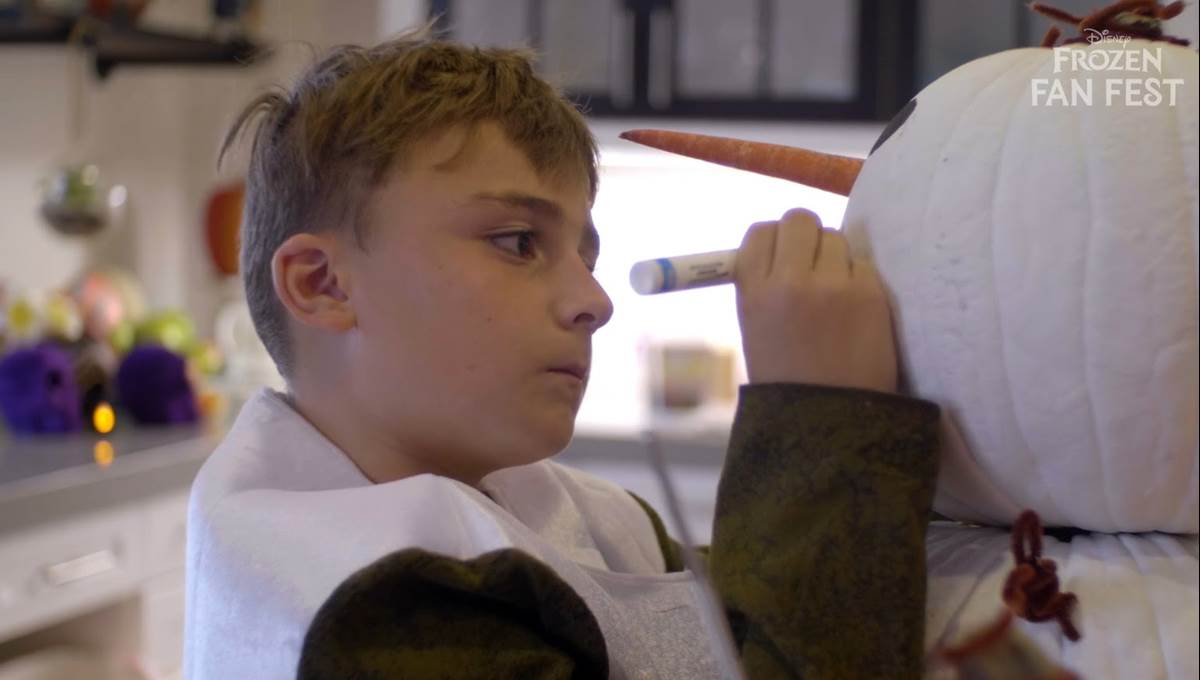 This segment was much like the previous party DIY clip, just with the Halloween overlay. The fun wraps up not with a sing along, but rather a dance lesson from Radio Disney’s Cameron Mcleod AKA CamDogFX and his family who made a special choreographed dance to “Into the Unknown” from the film. 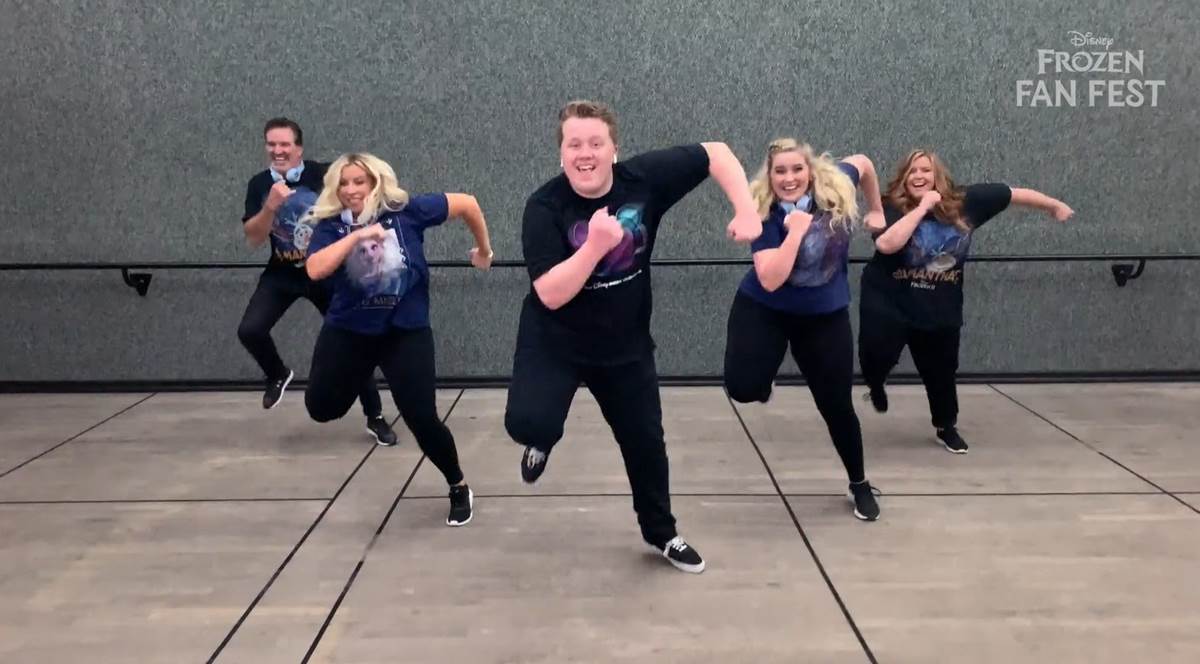 And that was it! We toured all the elements featured in the film, and kept that special 5th element spoiler free! If you’re looking for some DIY crafts and fun, definitely check out the Frozen Fan Fest!