Walt Disney World continues its 50th Anniversary overlay of Cinderella Castle at Magic Kingdom park, adding more banners to the icon while also repainting the turrets to a different shade of blue. 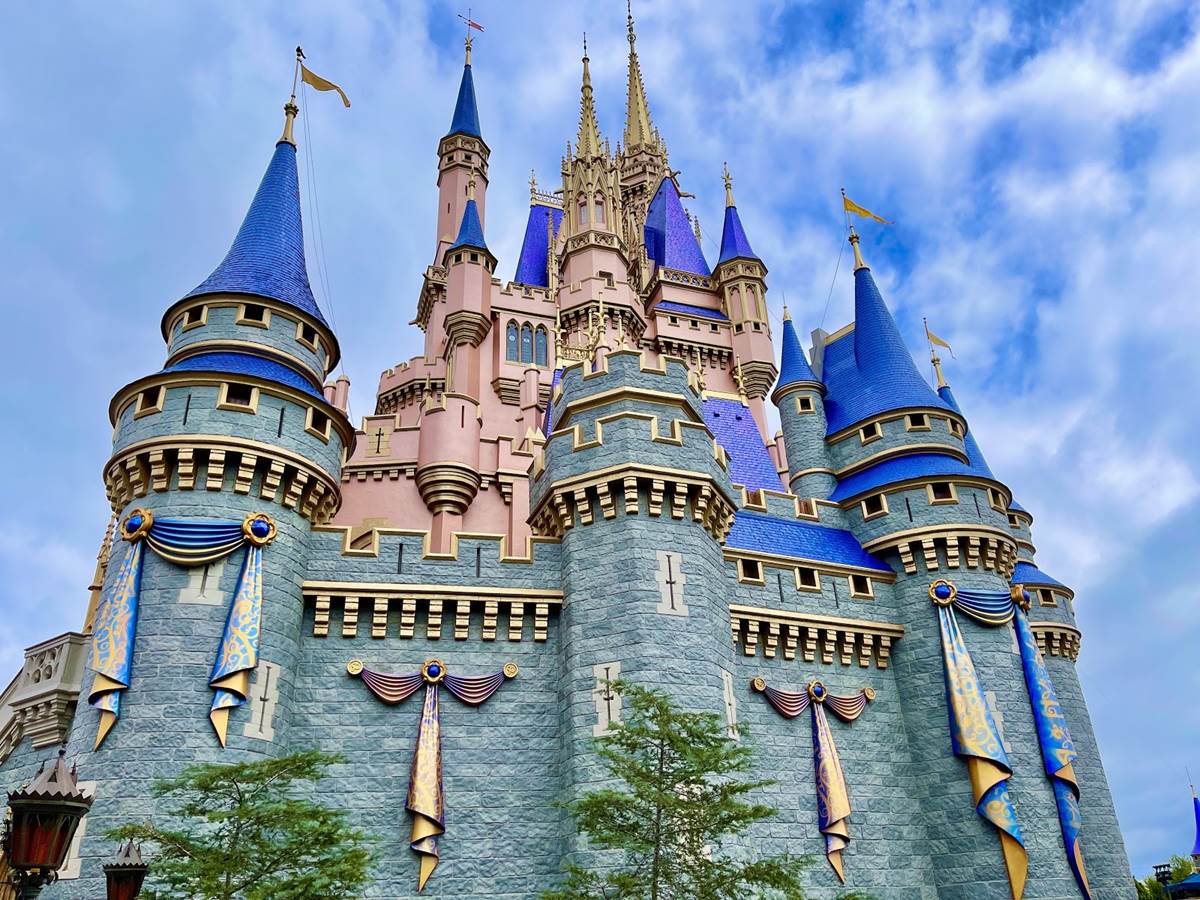 Last summer, the 189-foot tall castle received a new color scheme, with its grey facade becoming a light shade of pink and its signature royal blue turrets becoming a more vibrant shade, almost appearing purple in photos. It now appears that the color previously chosen didn’t match the vision for the golden anniversary celebration as the lowest, most outer-facing turrets have gone back to a royal shade of blue more similar to what Guests are used to. The bunting also sticks to shades of blue and gold, matching the recent golden trim additions to the castle. The filigree on the banners looks evocative of Cinderella’s story while also matching some of the decor inside Cinderella’s Royal Table. Walt Disney World’s anniversary overlays of the castle have always caused some controversy amongst diehard fans and many have already been vocal about disliking the castle’s new color scheme. However, these temporary anniversary additions for the resort’s 50th look pretty dazzling. 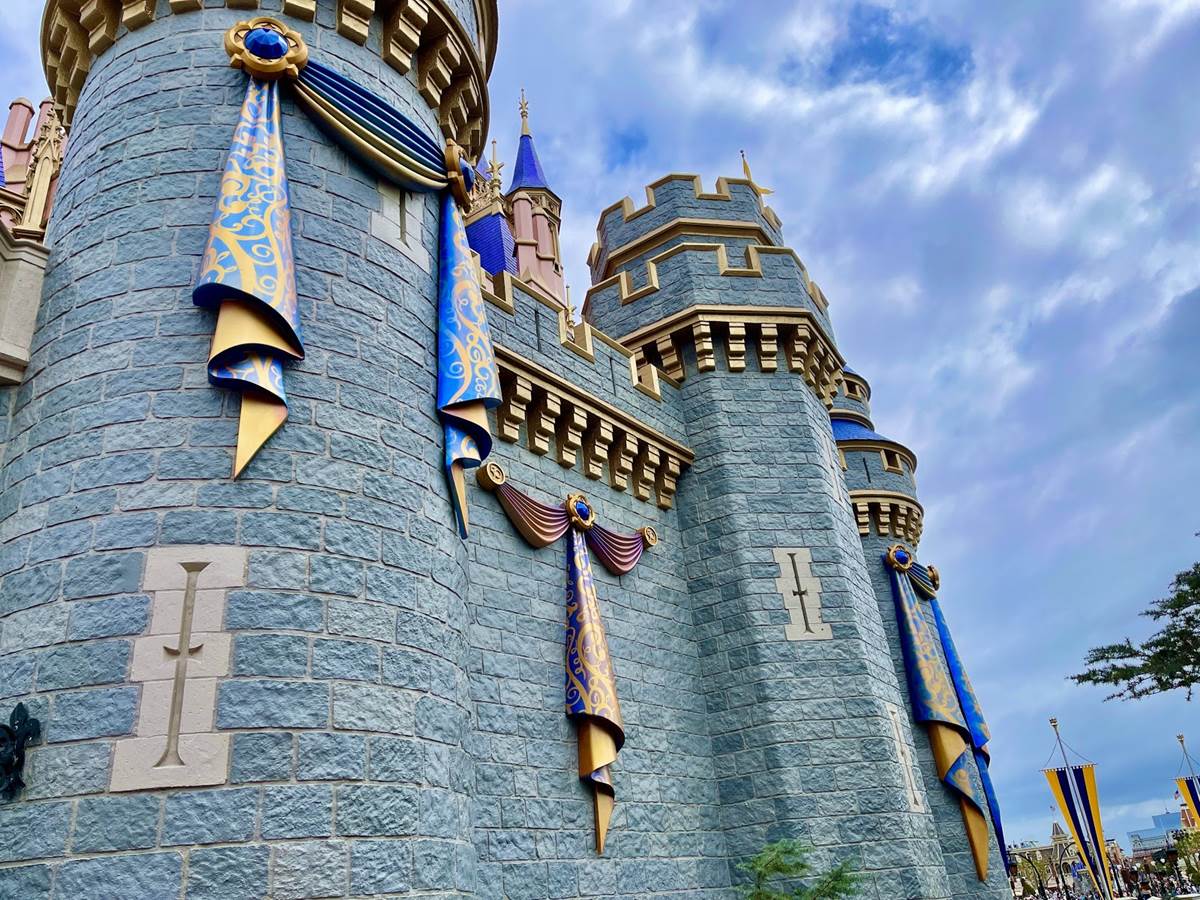 Most of the additions are still relegated to the back and sides, but the front of the castle is undergoing some changes with the building of a brand-new stage in front. A plant wall obstructs the view from the front. 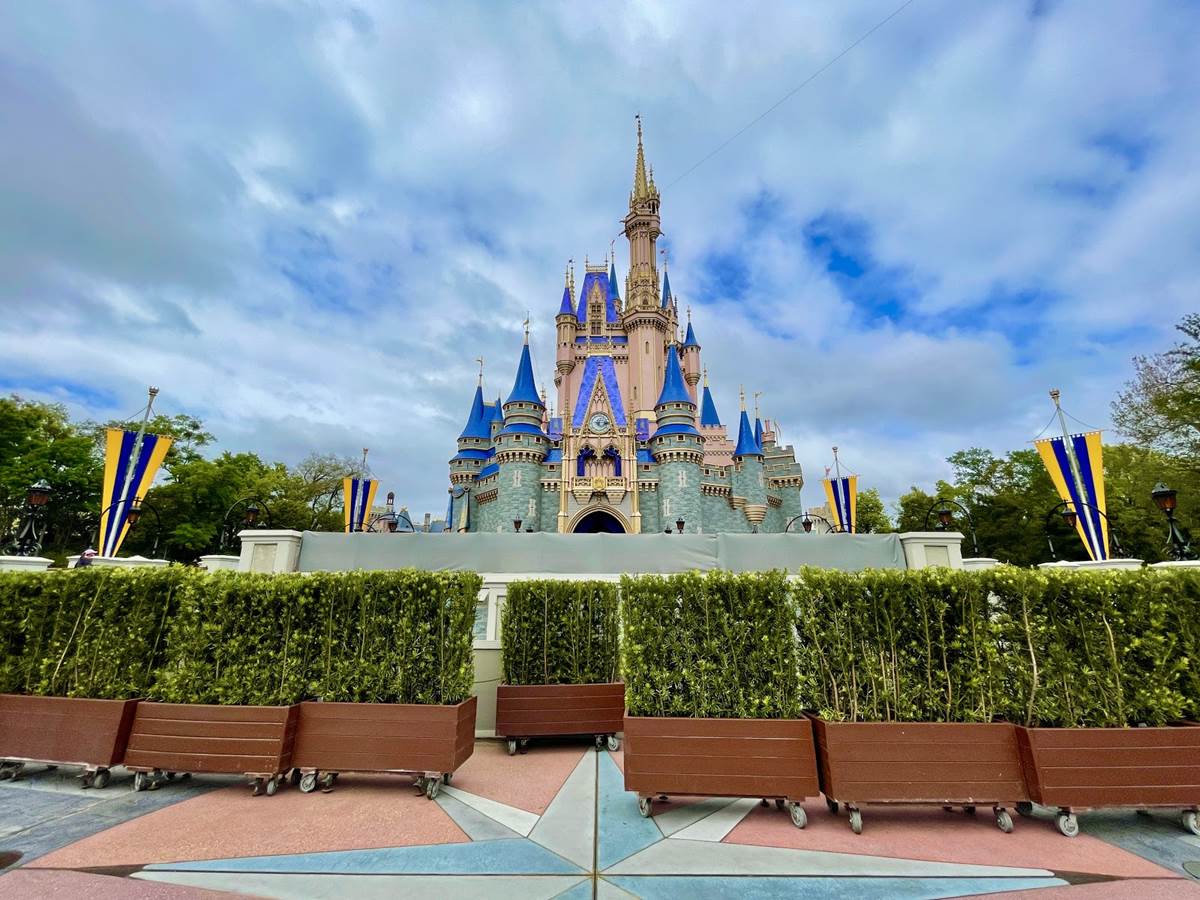 Walking along the path to enter the castle’s breezeway gives Guests an easy look at the work being done on the new stage. 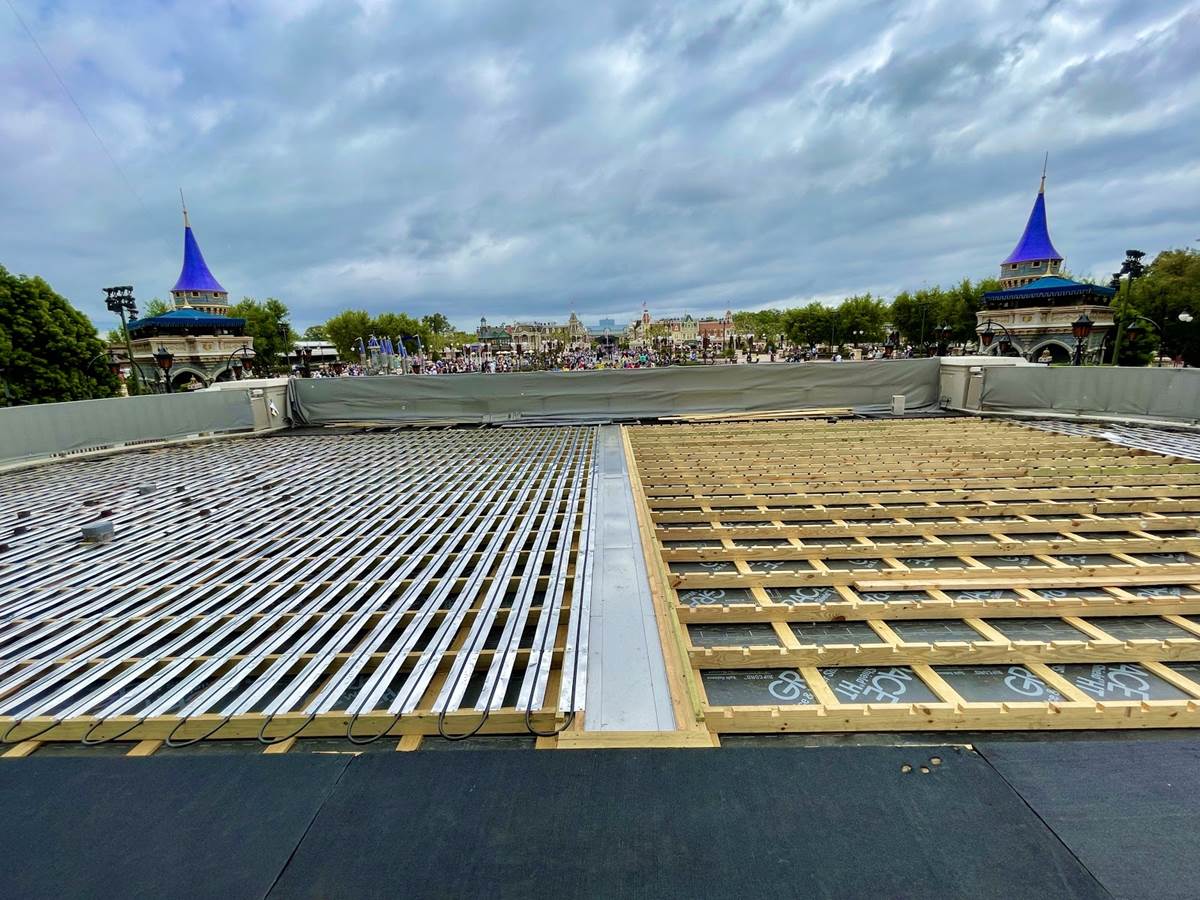 The 50th Anniversary of Walt Disney World officially kicks off on October 1st and there’s a lot more additions to be made to Cinderella Castle to match the concept art, which includes spirals of gold ribbon surrounding the newly repainted turrets. Stay tuned to Laughing Place for more photo reports in the future. 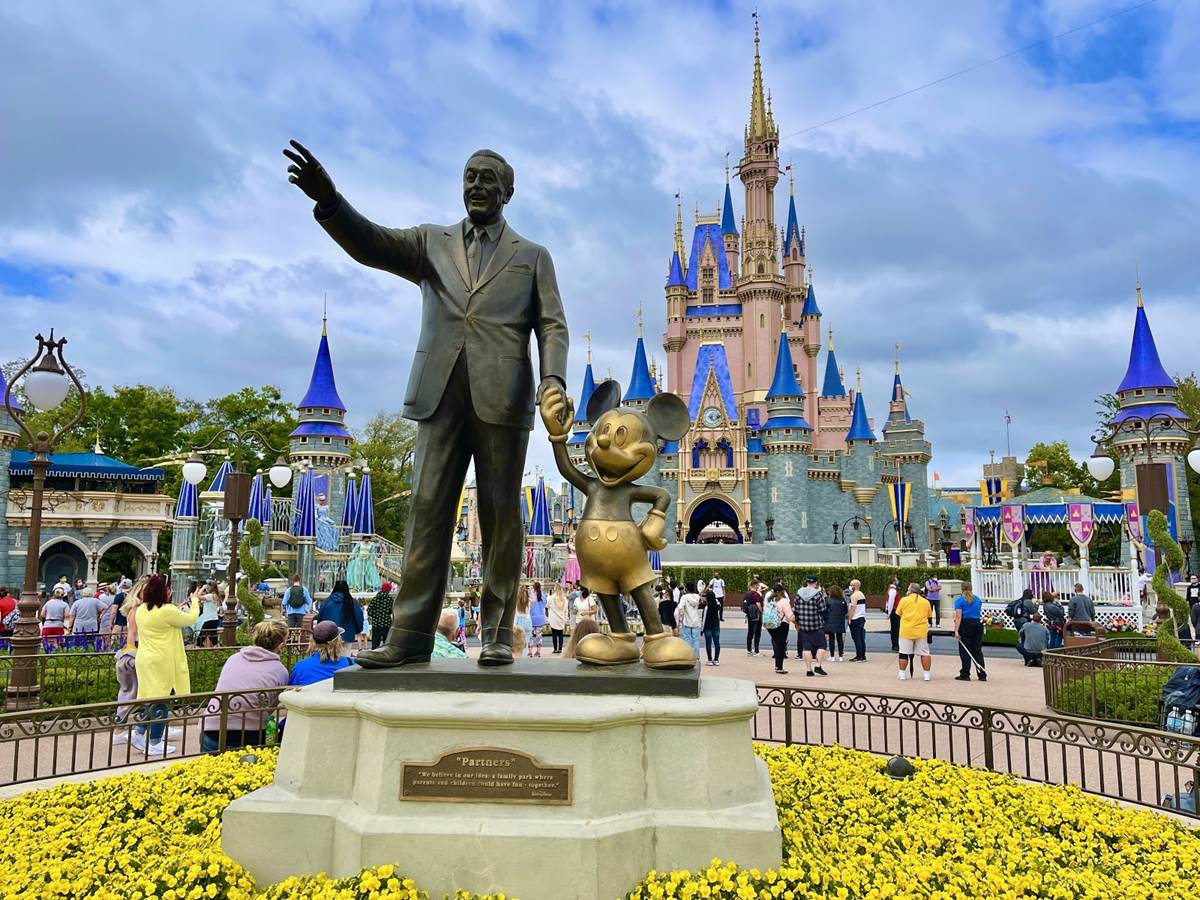