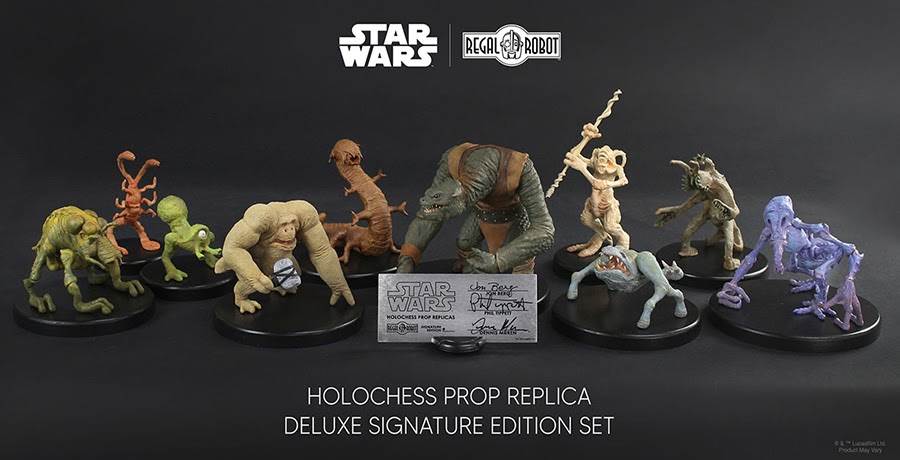 Among the many famous scenes in the original 1977 Star Wars film is the sequence in which Chewbacca and R2-D2 play Holochess (later renamed Dejarik) against each other in the Millennium Falcon.

Now, thanks to our friends at the themed collectible company Regal Robot, Star Wars fans will have the opportunity to own a highly detailed deluxe replica set of the Holochess pieces copied directly from Lucasfilm and Industrial Light & Magic’s digital scans of the pieces, including two rare “lost” creatures, with a plaque signed by three of their creators. 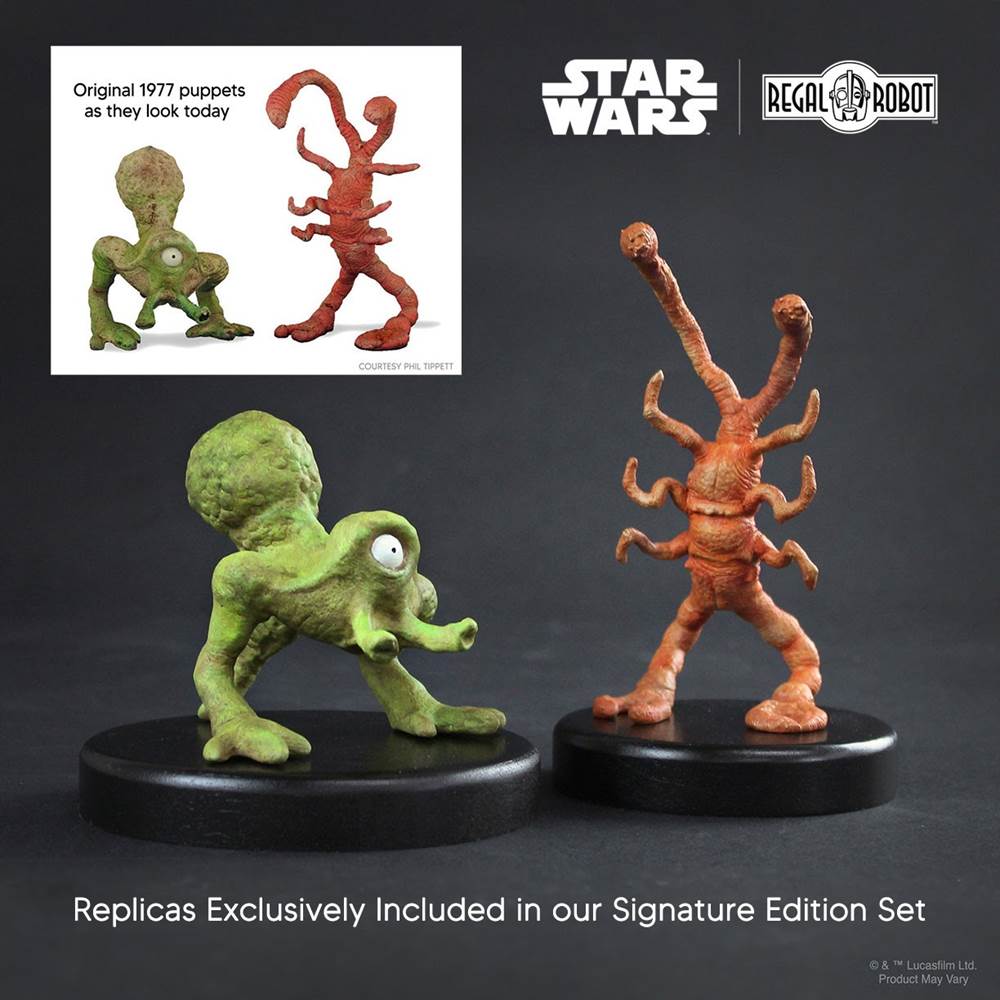 Be sure to visit Regal Robot’s official website for more information and to purchase these items beginning on May the 4th.