Marvel Comics’ previously announced story arc, The Death of Doctor Strange will kick off this September and today, Marvel has revealed the cover art for issue #3. Additionally, their teasing two new one-shots featuring Spider-Man and White Fox that will tie-in to the overall series. 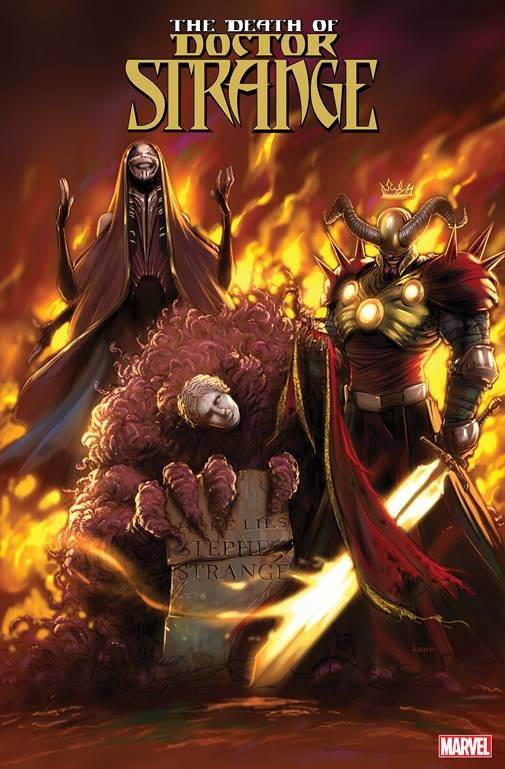 The Wyrd, The Crawling and The Crown cover by Kaare Andrews

About the Doctor Strange One-Shots:

Mark your calendars so you don’t miss any of the action of Death of Doctor Strange!