ESPN+ series Between the Lines will join ESPN’s comprehensive coverage of the 2021 Monday Night Football season. The fun starts with ESPN’s MegaCast of the week 1 matchup between the Ravens and Raiders on September 13th. 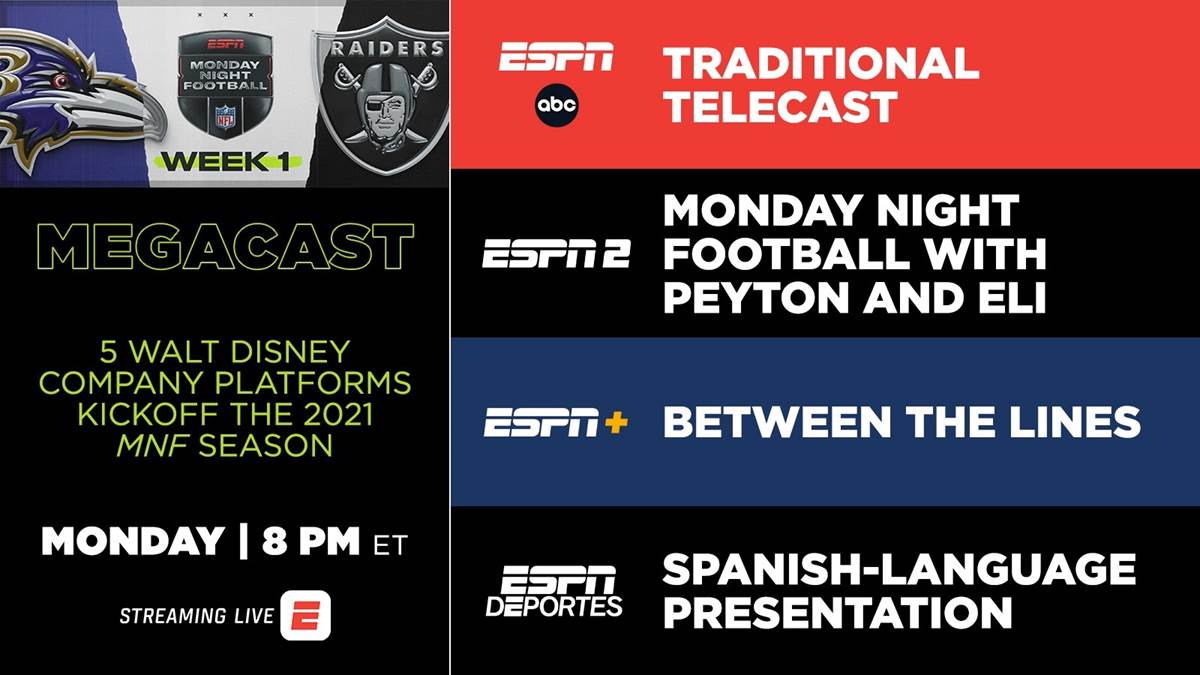