If you are excited about Halfway to Halloween, then you will want to tune in to DisneyParks on TikTok tomorrow, April 28th at 10 p.m. ET/7 p.m. PT. 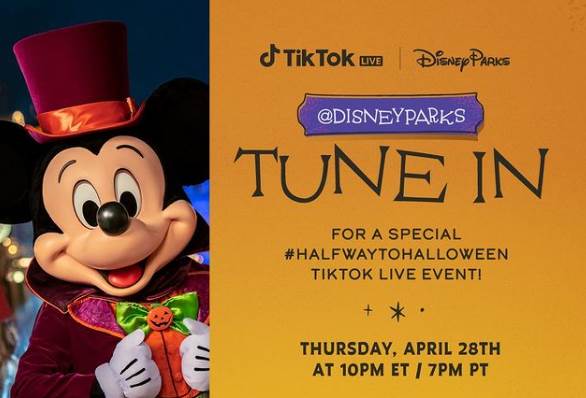