We’ve already taken you through the queue of Mickey & Minnie’s Runaway Railway at Disneyland, so let’s turn our attention outside. With the addition of this major new attraction, the area surrounding it in Mickey’s Toontown has been modified a bit. Let’s take a look at what’s changed. 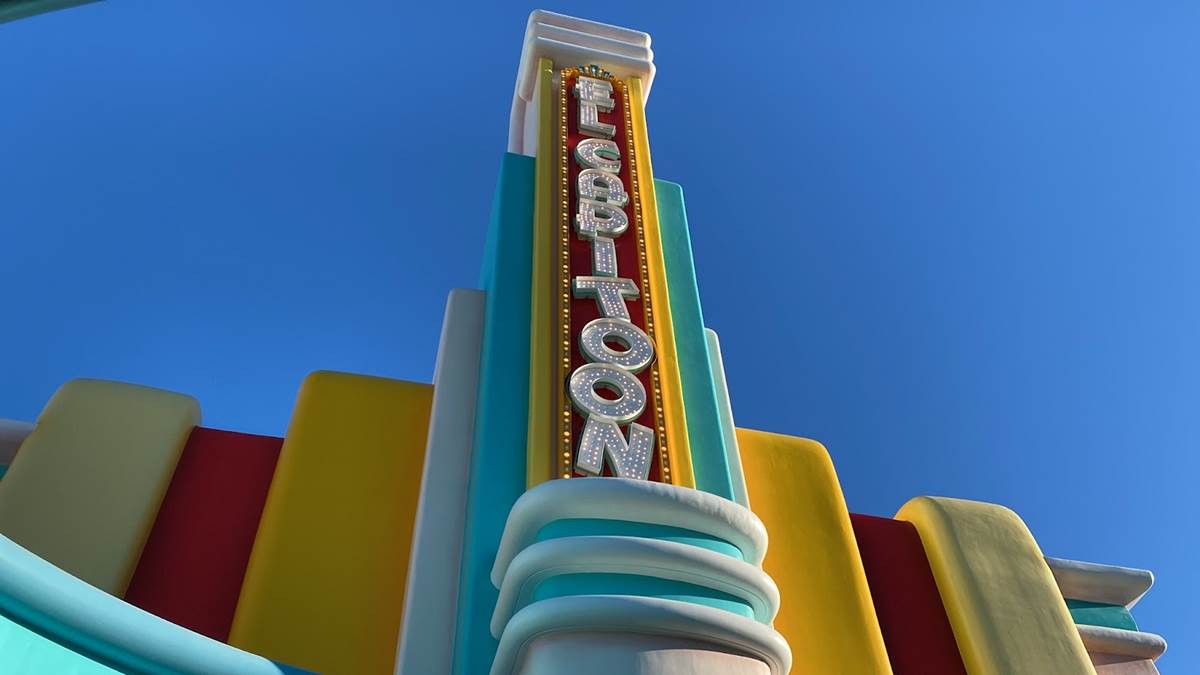 These happy Cast Members pose in their new costumes for the attraction, in front of both the Lightning Lane and Stand By entrances. 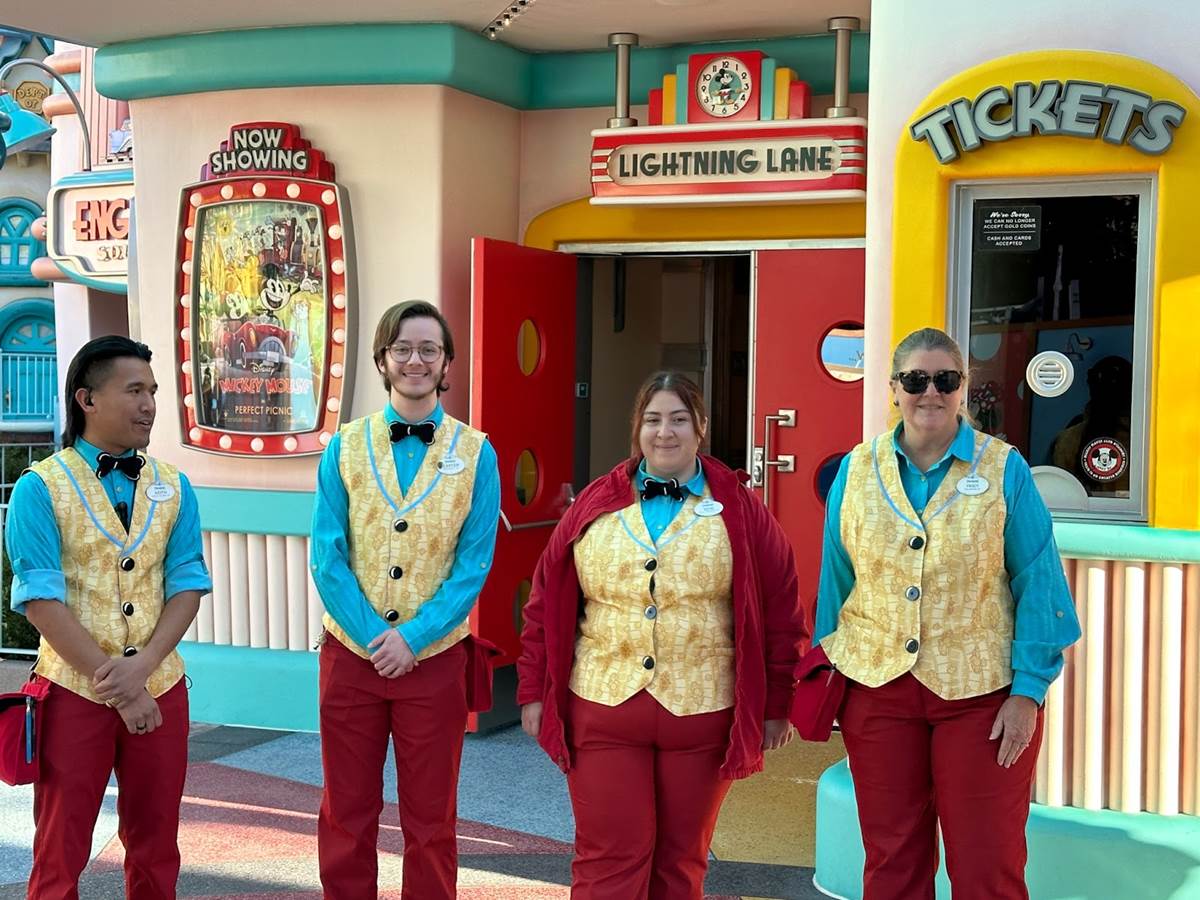 To the Cast Member’s right, you can see a sign referencing the former Gag Factory gift shop. The new gift shop, which guests will exit the attraction through, is Engine Ear Souvenirs. 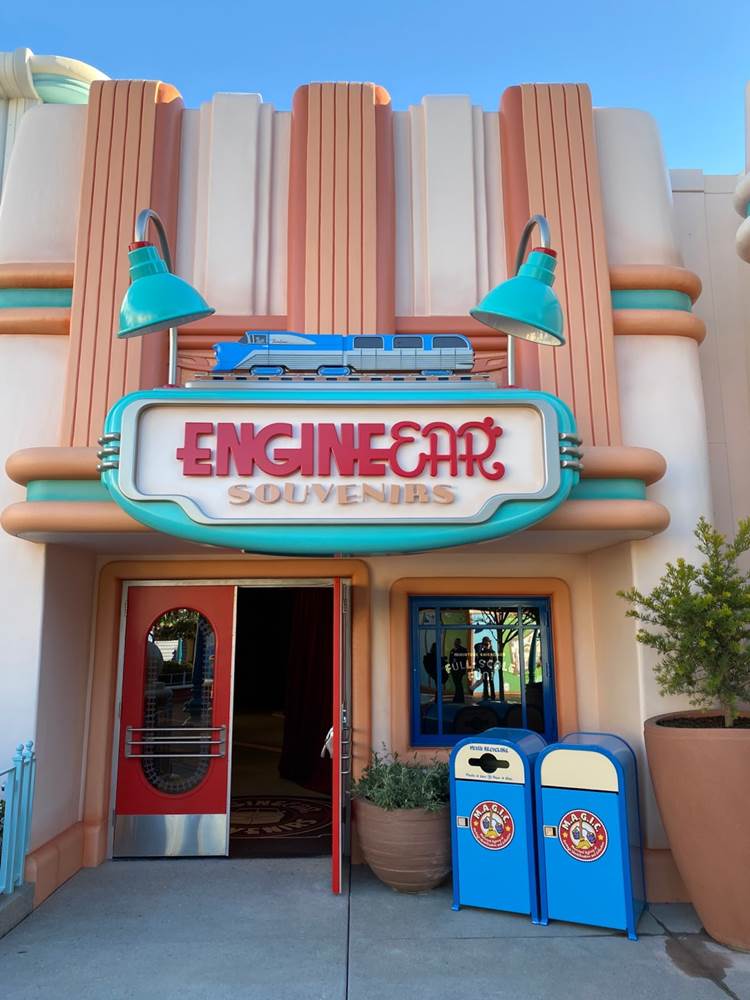 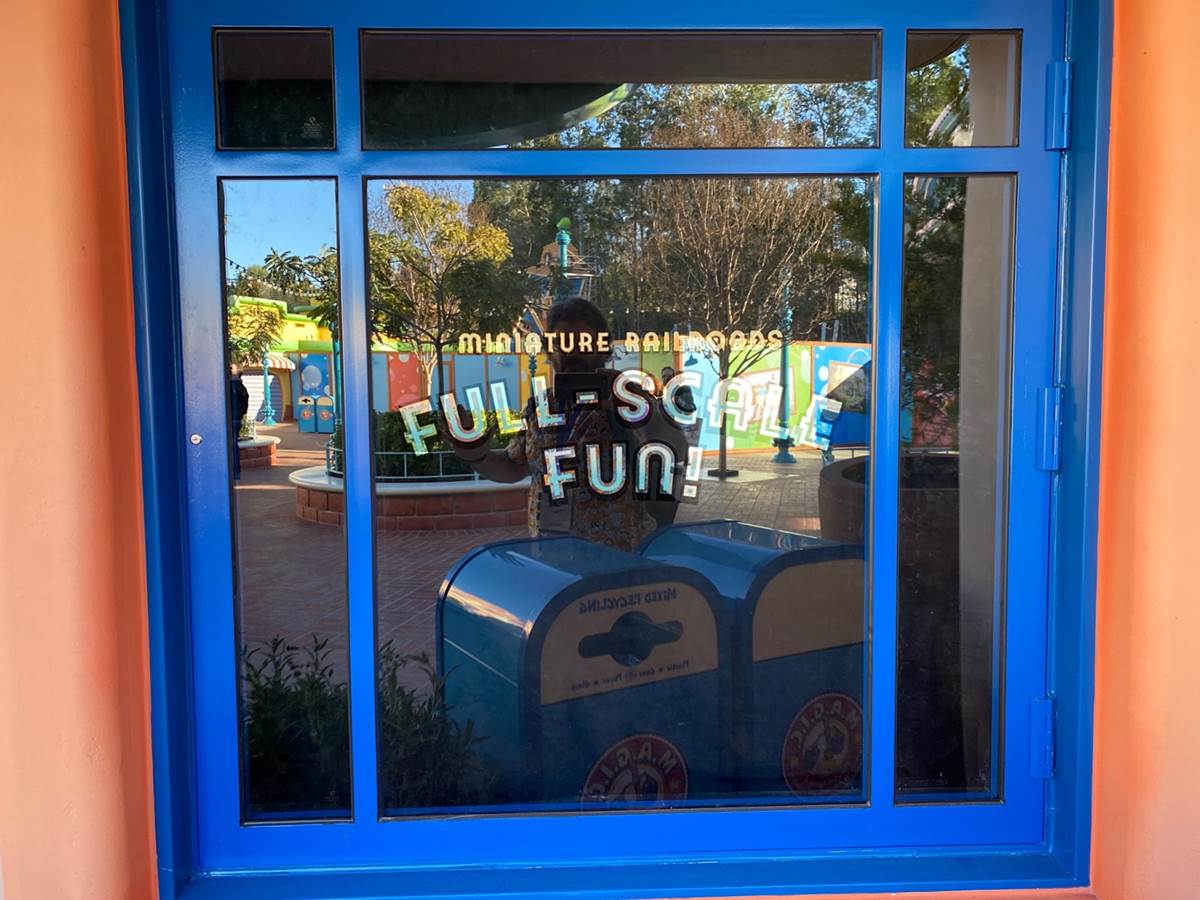 Over by Roger Rabbit’s Car Toon Spin, as anticipated, the Roger Rabbit fountain has sadly been removed. That and the Jolly Trolley tracks that surrounded it have largely been replaced by an astroturf park area. Many classic Toontown elements remain, including the Fire Engine and Post Office. 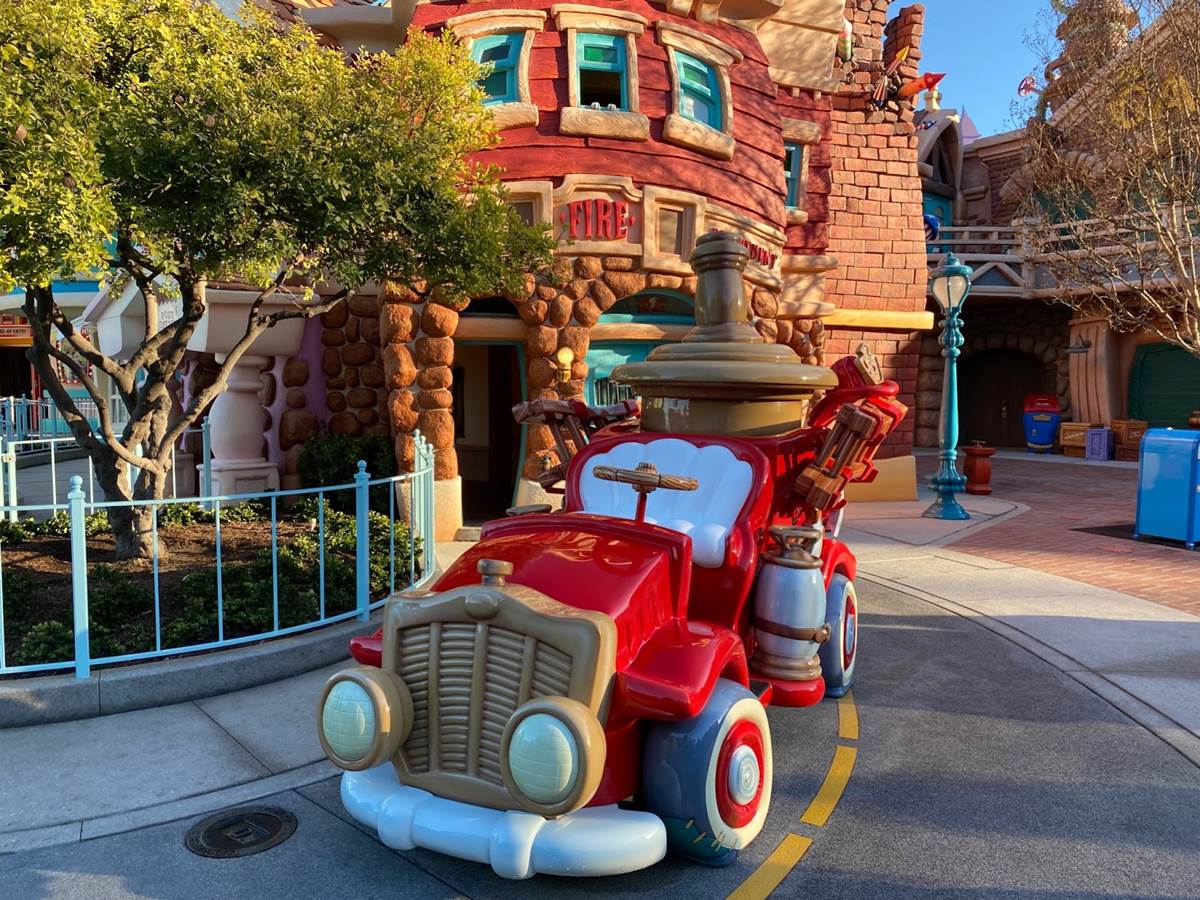 The Toontown City Hall area remains much the same as before, although the hills have been changed to better cover the Runaway Railway show building. 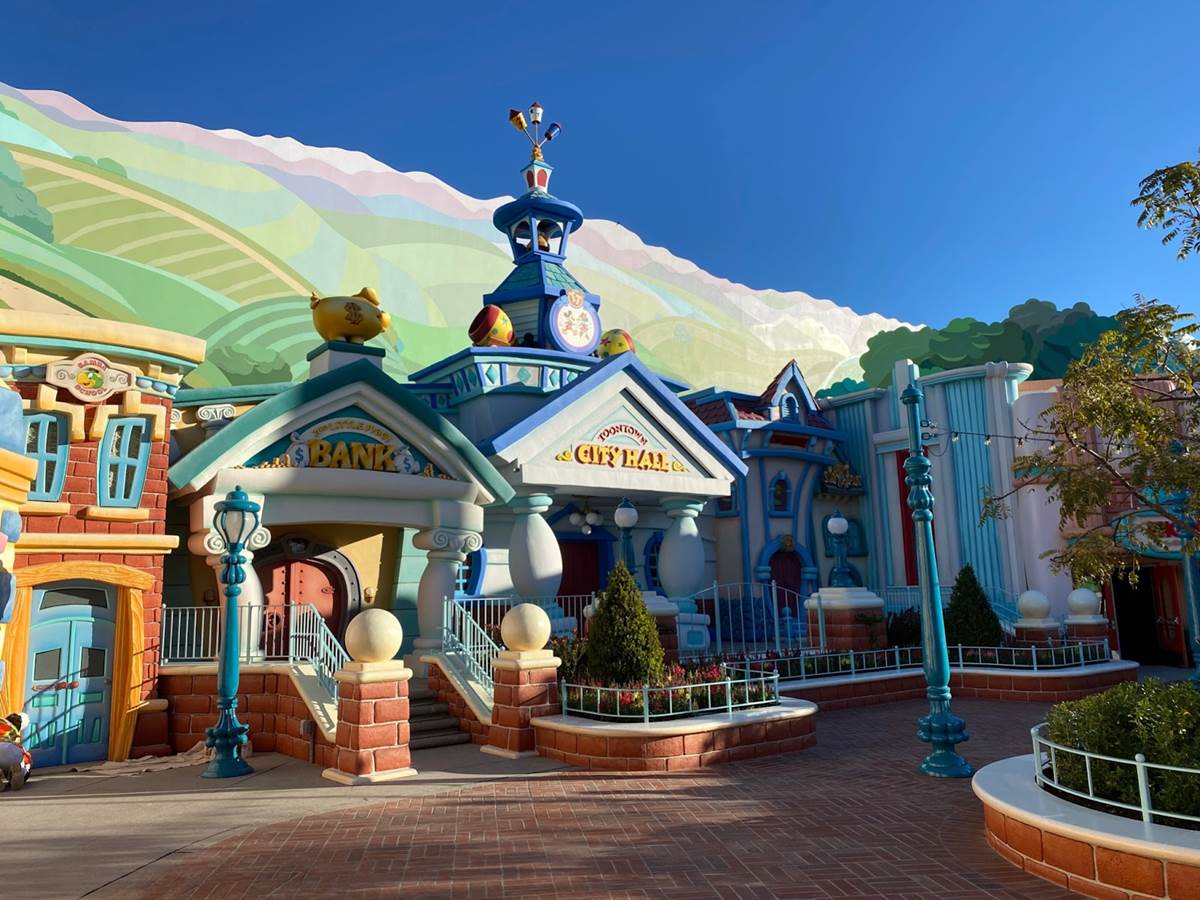 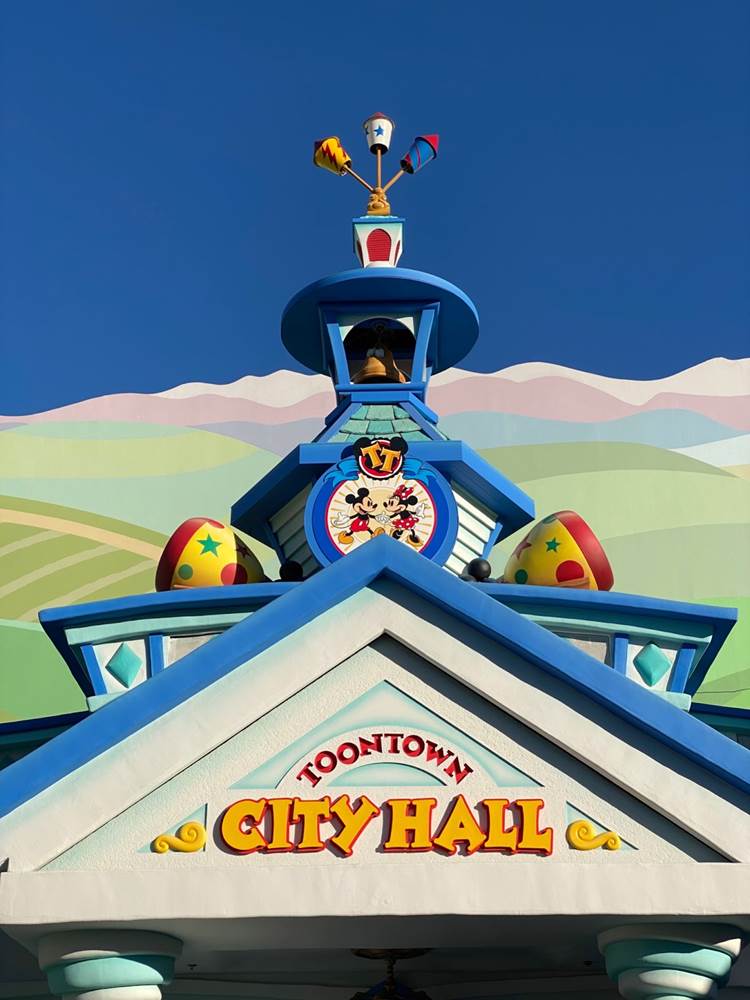 On the hills, you can notice the barn from the end of Runaway Railway off in the distance. 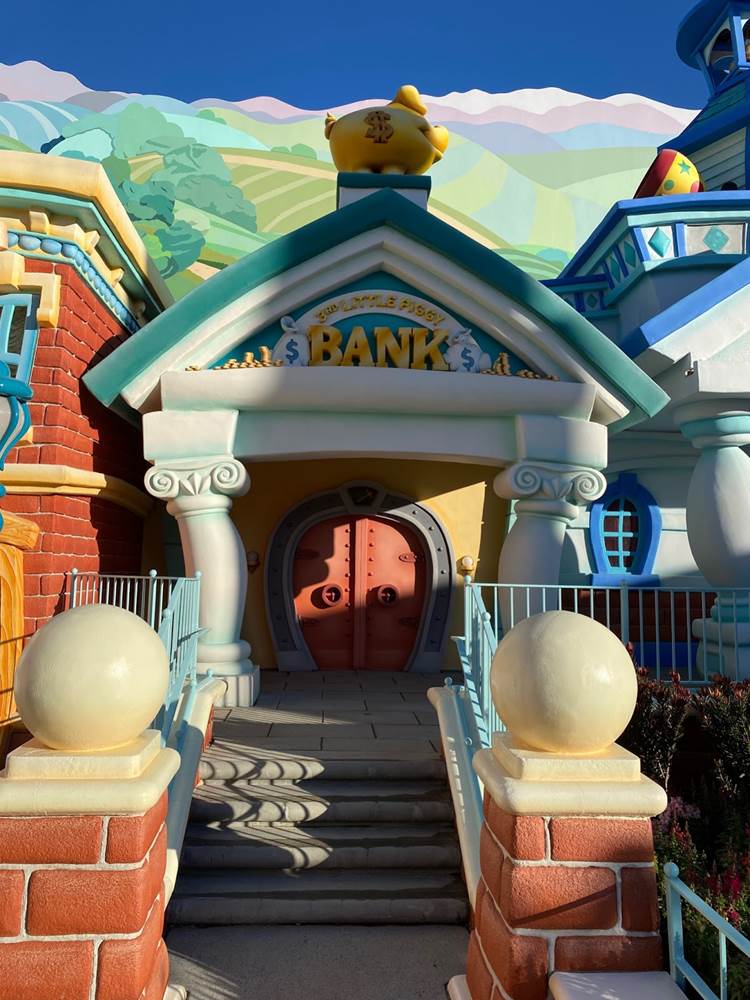 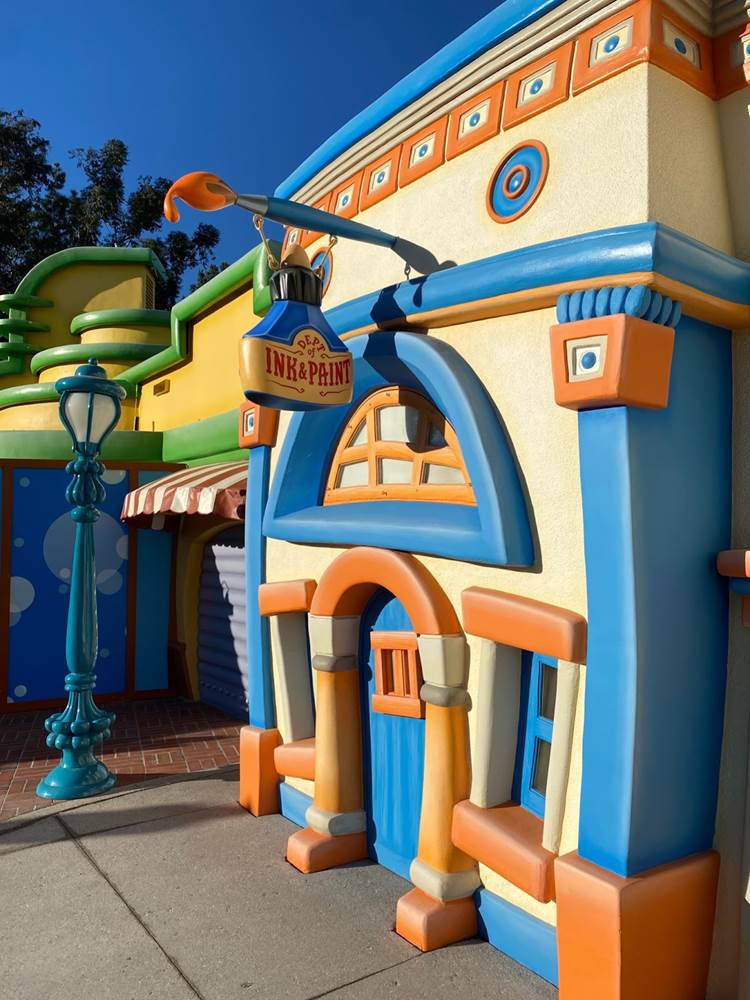 It looks like all of the dining establishments in this area are no more. However, two new eateries will be coming when the rest of Mickey’s Toontown opens on March 8th – Café Daisy, where acclaimed culinary expert, Daisy Duck, serves up diner classics at her sidewalk table eatery; and the Toontown Farmers Market at Good Boy! Grocers, a friendly roadside stand, offering grab-and-go drinks and treats. 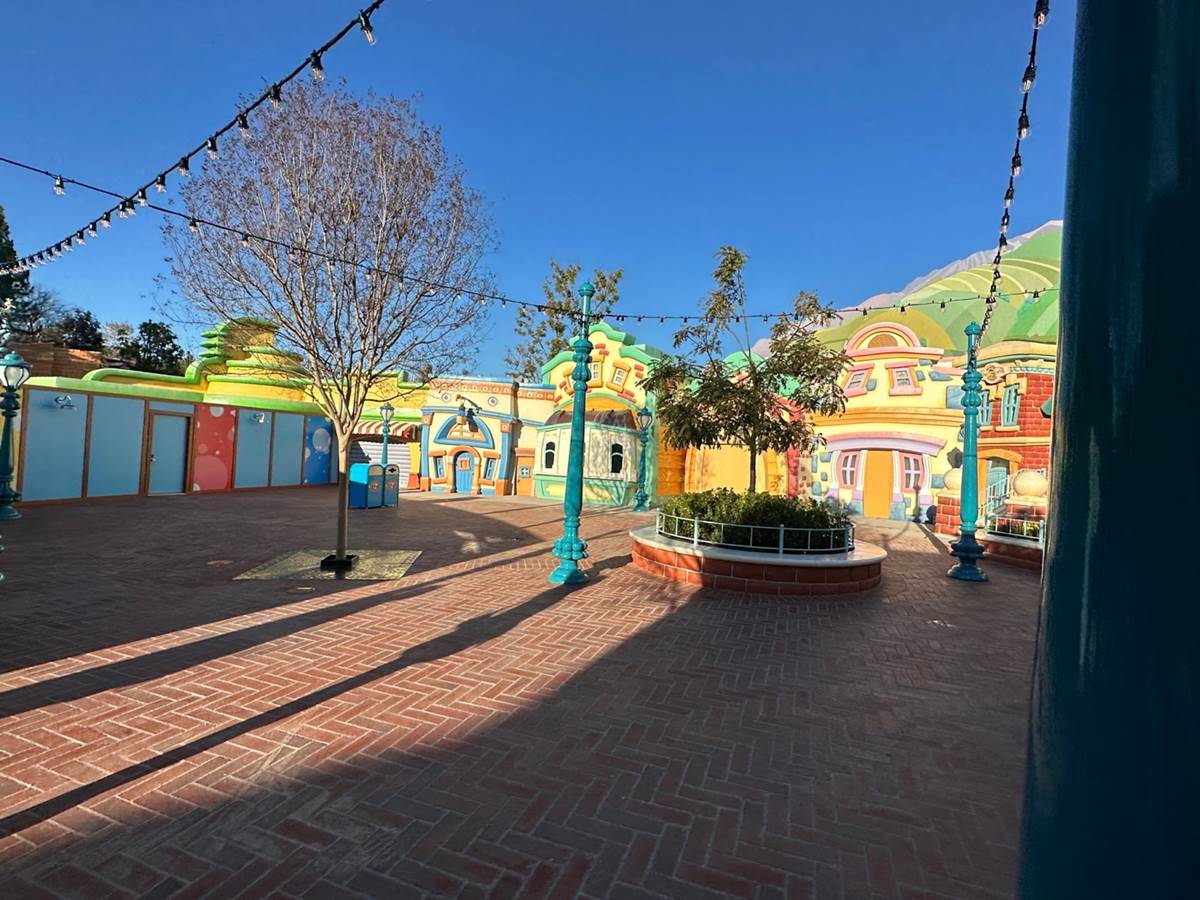 If you haven’t already, check out our tour of the full queue of Mickey & Minnie’s Runaway Railway, featuring over 70 images!