This past Monday at El Capitan Theatre in Los Angeles, California, The Walt Disney Archives hosted a special presentation of 20,000 Leagues Under the Sea as part of its year-long “Throwback Screenings Then and Now” series at the popular Hollywood movie house. Inside the El Capitan Theatre lobby, a display of 20,000 Leagues Under the Sea memorabilia was on exhibit, featuring a Nautilus submarine model, children’s books, toys, games, puzzles, and a Captain Nemo statue. 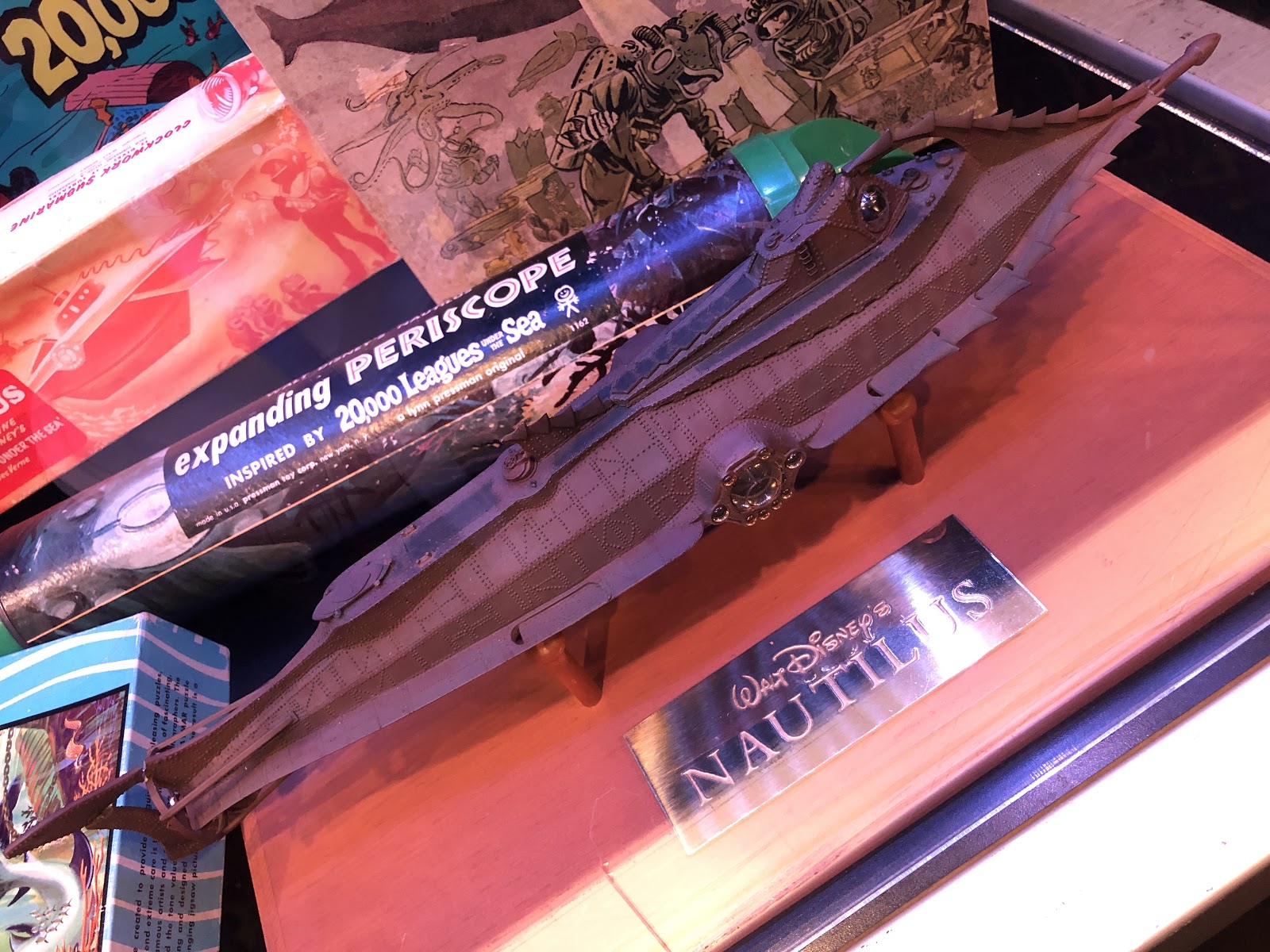 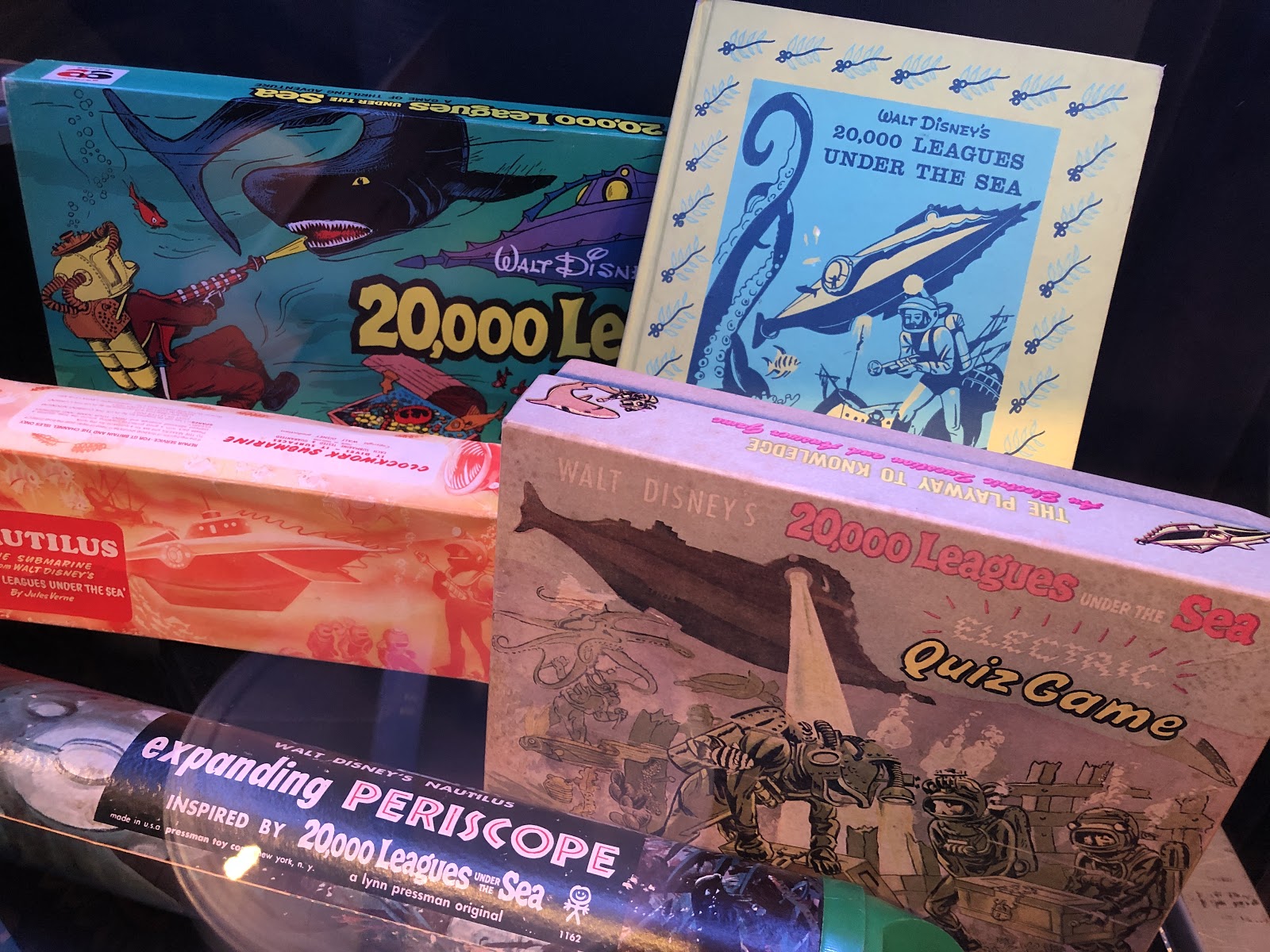 All guests at this special 20,000 Leagues Under the Sea screening received a unique card from Topps, which could be redeemed for exclusive digital cards with movie poster artwork on the Disney Collect! app. As part of my VIP ticket at El Capitan Theatre, I received a prime reserved seat in the theater’s lower section, plus a popcorn bucket and a drink. Prior to the beginning of the film, The Walt Disney Archives Senior Archivist Mike Buckhoff gave a fascinating slideshow presentation about the behind-the-scenes development and production process that originally brought 20,000 Leagues Under the Sea to the big screen. These rarely seen images included photos of the Nautilus miniatures and full-scale props used during filming, matte paintings by visual effects artist Peter Ellenshaw, information about the notorious pipe organ used in the movie that wound up in Disneyland’s Haunted Mansion attraction, Walt Disney’s visits to the set, and much more. 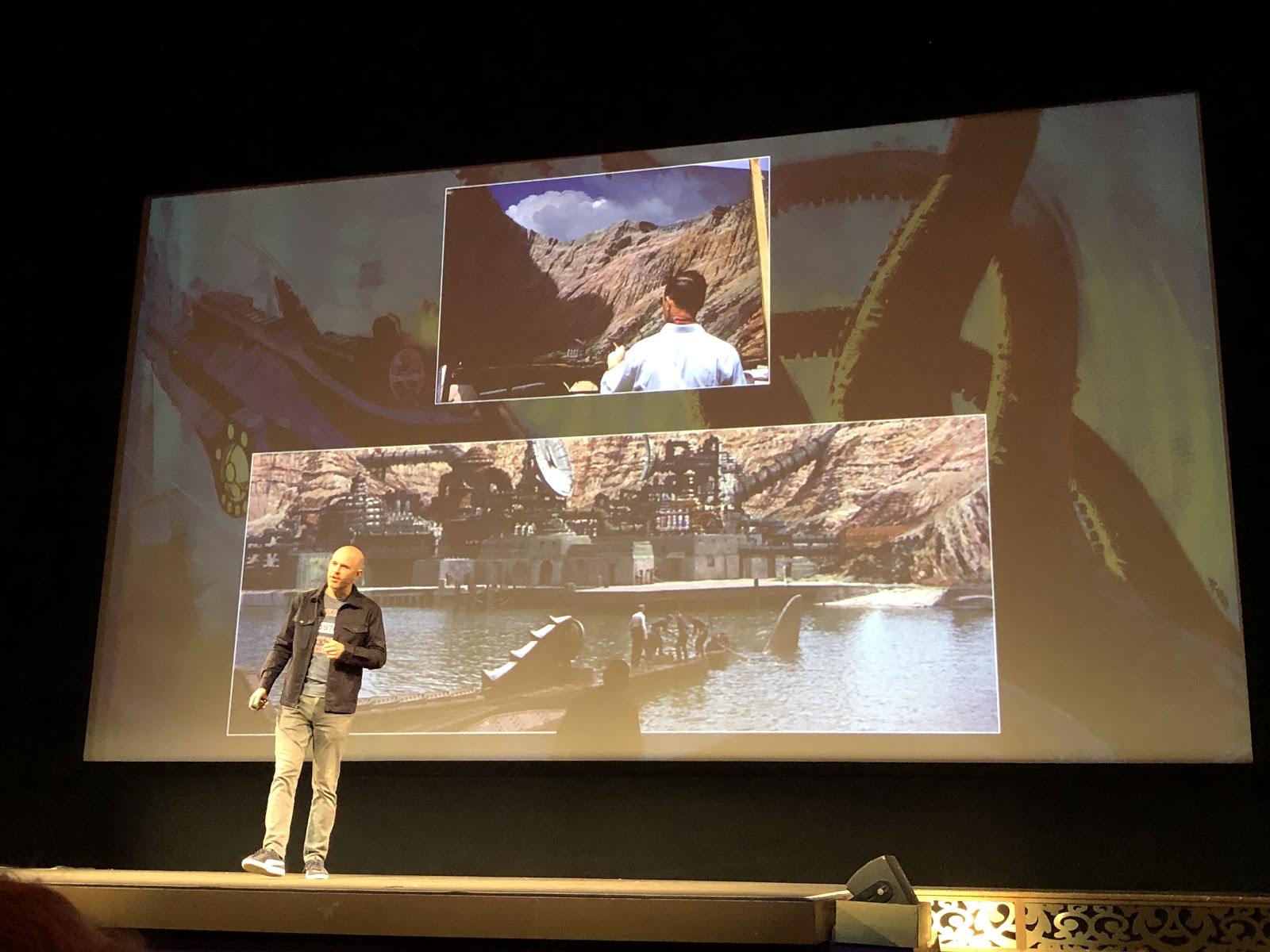 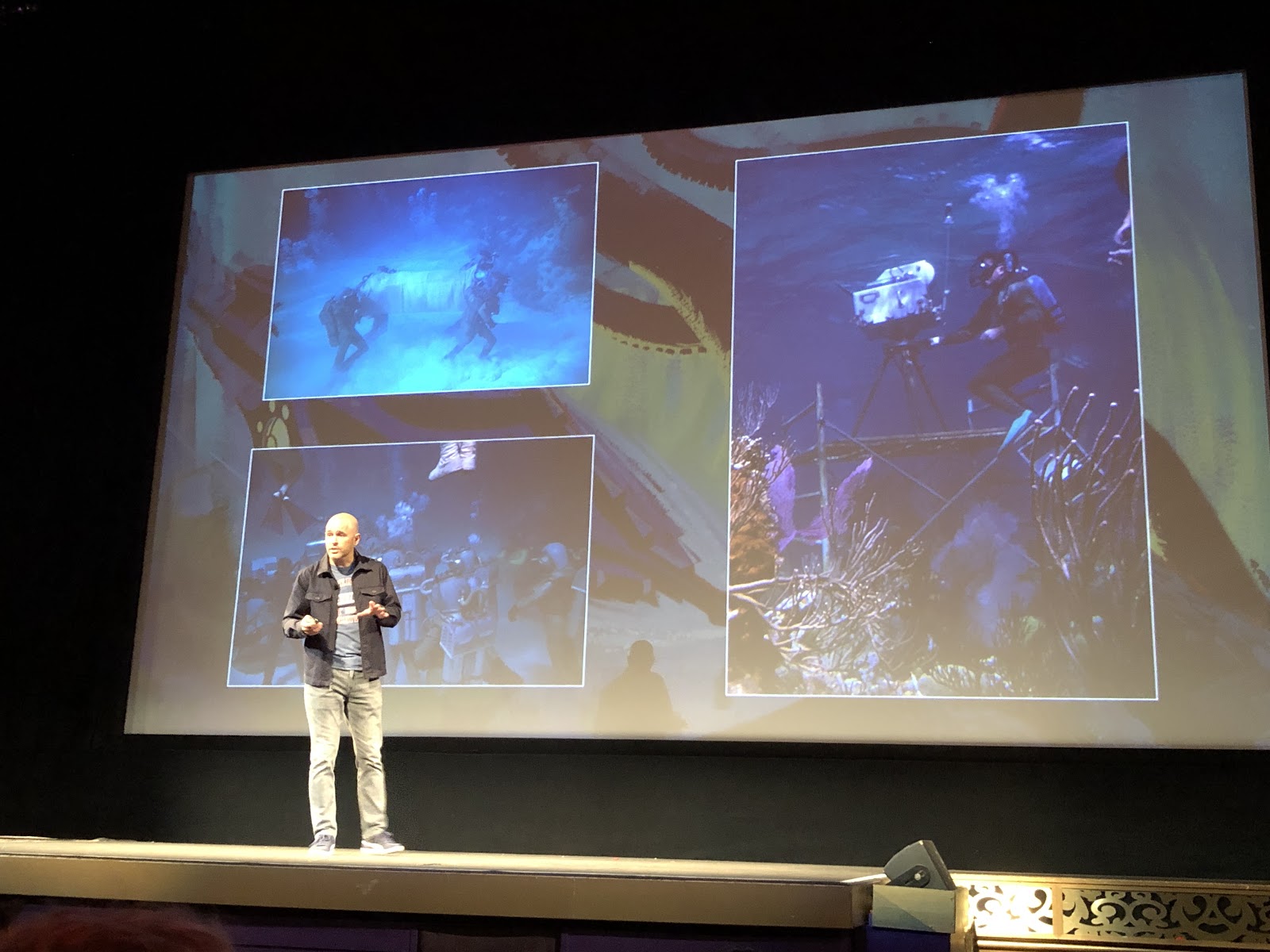 As usual at the El Capitan, guests were entertained by the supremely talented organist Rob Richards before the feature presentation, and attendees of this screening enjoyed a memorable surprise: the grandson of actor James Mason (who played Captain Nemo in the film) came out to introduce the movie and reminisce about his ancestry. 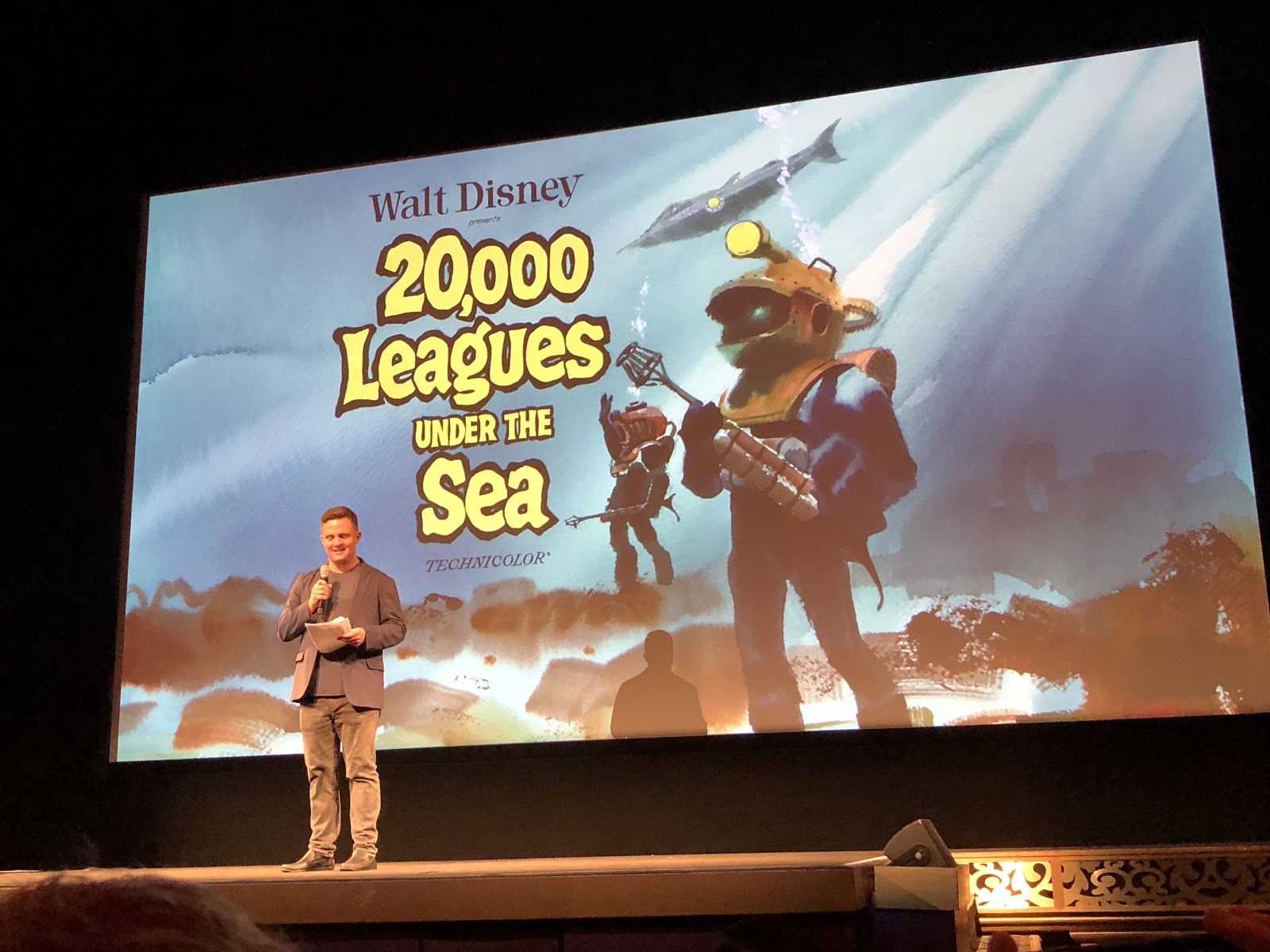 Future installments in The Walt Disney Archives’ “Throwback Screenings Then and Now” screening series include the classic musical Mary Poppins on Wednesday, March 4, and the acclaimed documentary Disneynature Earth on Sunday, April 22 in celebration of this year’s Earth Day. For more information and to purchase advance tickets, be sure to visit El Capitan Theatre’s official website.