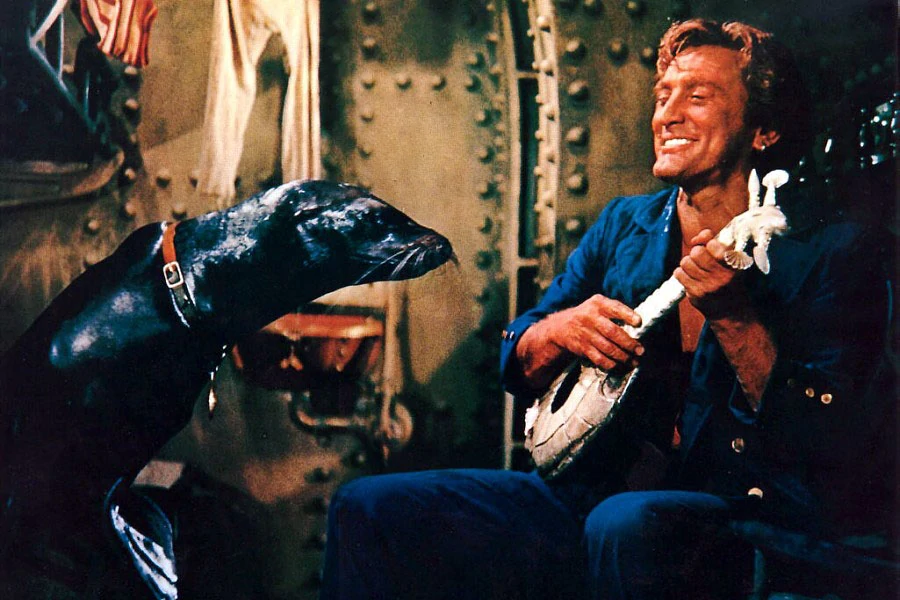 We’re sad to report that veteran actor and Hollywood icon Kirk Douglass has passed away at the age of 103, according to People.. He co-starred in Walt Disney’s 20,000 Leagues Under the Sea in 1954 where he sang the hit song “A Whale of a Tale” as Ned Land. He also starred in the Touchstone comedy Tough Guys in 1986 and the 1991 comedy Oscar with Sylvester Stallone. He also voiced Chester J. Lampwick in an episode of The Simpsons called “The Day the Violence Died” where he played a character inspired by Ub Iwerks.

Like Walt Disney, Kirk Douglass worked as a newsboy in his youth before discovering a love of acting in school plays. His famous film roles include Spartacus, Champion, The Vikings, and Lust for Life among seventy-five film roles. He is survived by his wife Anne Buydens and two sons, actors Michael (Napoleon and Samantha, Hank Pym in the Ant-Man series) and Joel, and Peter Douglas.

Our hearts go out to Kirk Douglas’ family, friends, and fans.