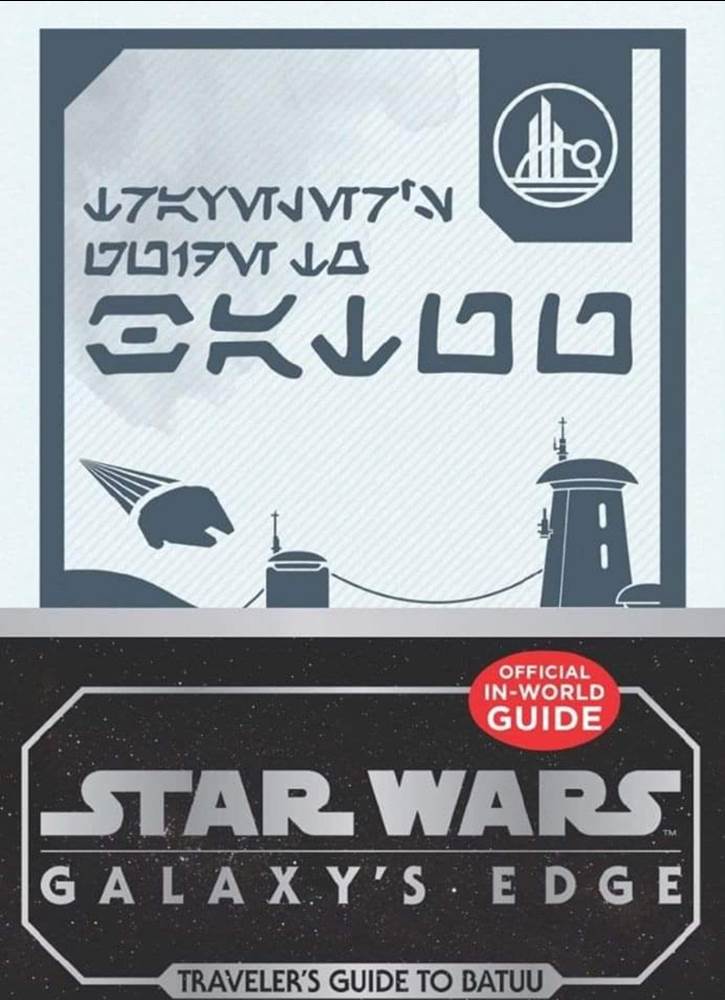 There’s a certain subset of Star Wars fandom that devours every piece of information available via official sources, absorbing names of characters, locations, creatures, weapons, and alien species, all standing by at the ready to regurgitate those factoids whenever the occasion arises. I’m proud to say I often consider myself among that group, and to someone like me there is no more invaluable resource than a handy in-universe Star Wars reference book.

Ever since Star Wars: Galaxy’s Edge began welcoming guests at the beginning of last summer at Disneyland here in Southern California– not to mention during the months and years leading up to the immersive new land’s grand opening– I’ve done my best to keep up with the many freshly created details introduced into the Star Wars canon thanks to the addition of the planet Batuu and its main settlement Black Spire Outpost. But now a new book entitled Star Wars: Galaxy’s Edge – Traveler’s Guide to Batuu will do quite a bit of heavy lifting for fans looking to learn more about that particular corner of A Galaxy Far, Far Away. Star Wars: Galaxy’s Edge – Traveler’s Guide to Batuu (written by Cole Horton, author of the recent Star Wars: Book of Lists and other similar offerings such as Star Wars: Absolutely Everything You Need to Know and Star Wars: The Visual Encyclopedia) collects in-universe information about Batuu’s local culture, denizens, customs, and Black Spire Outpost’s most-visited locales, together in one handy volume. It’s all presented in the convincing pretense of a well-researched fictional travel guide, but it also serves as a primer for visitors of the real-life Star Wars: Galaxy’s Edge theme park area itself.

Horton does a great job of drawing the reader into the world of Batuu via his fictional persona Eloc Throno (note the very Star Wars-esque anagramization of his own name), dropping in clever one-off features like a list of nearby “Day Trips” to other Outer Rim planets among the more practical cataloguing of sights one might actually encounter during their visit to Black Spire. Like many Star Wars reference books, most of the information amassed here was available elsewhere previously, but it’s really nice to have it all in one place, not to mention curated in such an inventive way. The maps and quick-reference lists alone will make this an indispensable guide for regular visitors to Galaxy’s Edge, but there’s much more to this book than just that. 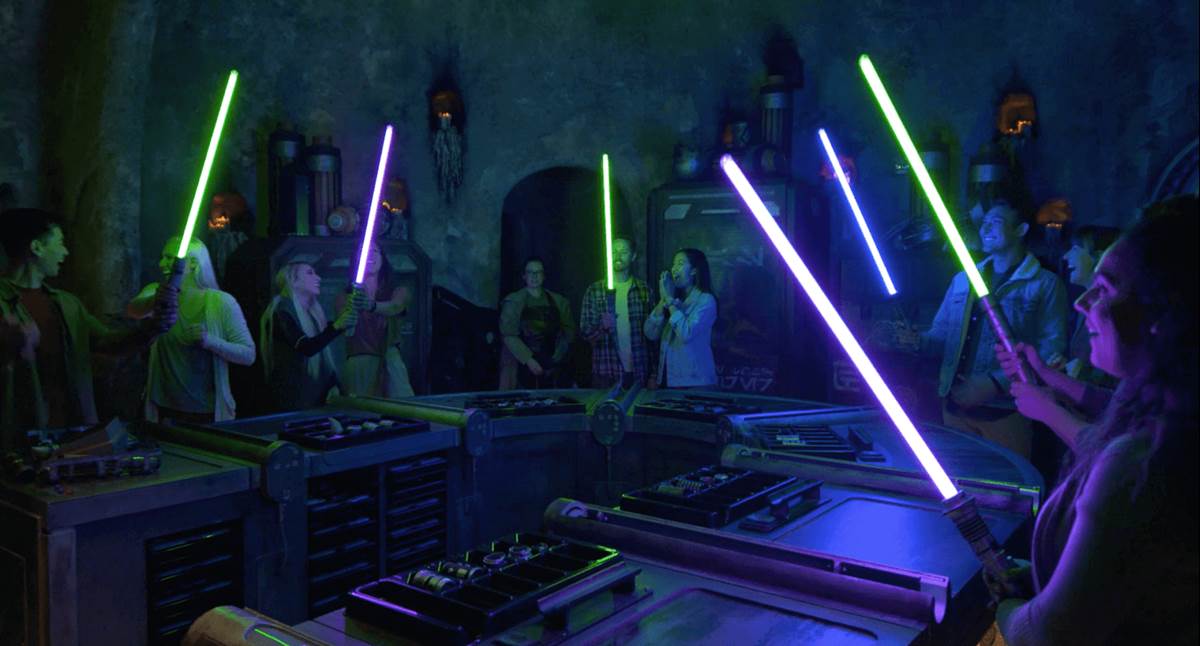 As a first-person narrator, Throno makes a valiant effort to point potential travelers toward Black Spire’s more noteworthy secrets and other points of interest, such as the Force-worshipping Gatherers who run Savi’s Workshop (where Galaxy’s Edge tourists can construct their own lightsabers, for a fee), Mubo’s Droid Depot (where guests can build R-series and BB droids) and the narrative pretexts for the E-ticket attractions Millennium Falcon: Smugglers Run and Star Wars: Rise of the Resistance. Keen-eyed readers may spot the occasional typo here and there, and I even noticed one factual error (Kowakian ape-lizards are referred to as Kowakian monkey-apes) but these don’t amount to much of a detraction from the whole and can be chalked up to simple mistakes on Throno’s part. Historians and travel guide authors aren’t infallible, after all, even within the Star Wars galaxy.

Of course, tucked away among the inventories of drinks available at Oga’s Cantina and shops you’ll find in the Market are allusions to future Galaxy’s Edge expansions like Star Wars: Galactic Starcruiser, the upcoming multi-day resort hotel experience at Walt Disney World. But most interesting are the hints at content we’ve not yet seen pop up yet within the land, like the previously revealed– but as yet absent– bounty hunter named Harkos and the potential of seasonal celebrations built around the local holidays Black Spire Day (celebrated on May the Fourth, naturally), the autumnal Batuuan Harvest Festival, and– who can forget– the infamous Life Day. 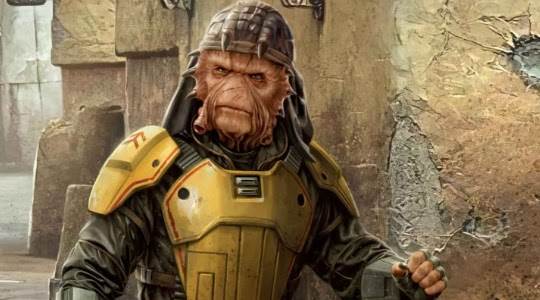 I could see Star Wars: Galaxy’s Edge – Traveler’s Guide to Batuu being given as a pre-trip gift to a child, teenager, or even adult planning an excursion to Disneyland or Disney’s Hollywood Studios and having them devour it in anticipation of their journey, then being all the more prepared for their arrival and exploration of the area– at the very least they’ll know the “Helpful Phrases” listed near the back of the book. I also imagine Traveler’s Guide to Batuu will make for a popular item to be sold in an on-planet souvenir store like Jewels of Bith now that the theme parks are beginning to reopen. Either way, I feel this release is destined to become a treasured reminder of time spent in Star Wars: Galaxy’s Edge, and a terrific way to get ready for one’s next visit. 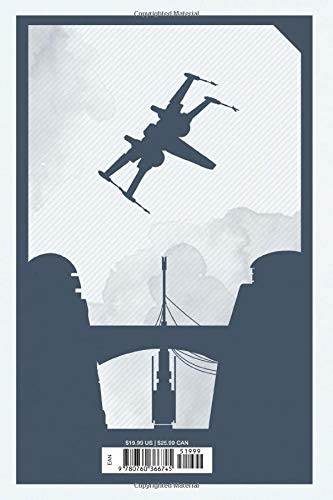 Star Wars: Galaxy’s Egde – Traveler’s Guide to Batuu is available now in digital form, and will be released in a hardcover print edition next Tuesday, July 21 wherever books are sold.