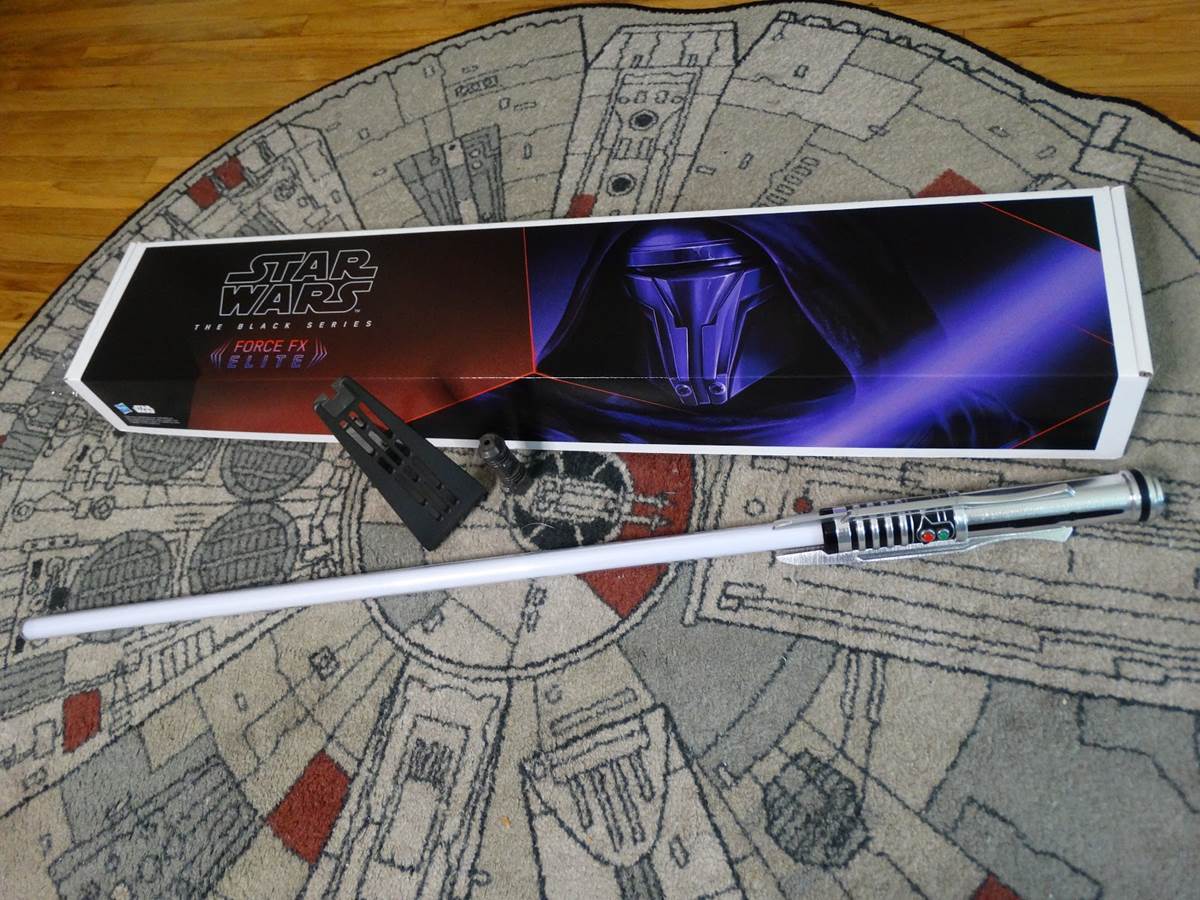 In the summer of 2003, Star Wars enthusiasts were introduced to an all-new collection of characters and a story set four thousand years prior to the events of the original trilogy in the instant-classic Star Wars: Knights of the Old Republic role-playing video game from developer Bioware and publisher LucasArts.

Among those characters was Darth Revan, a Sith Lord who arguably serves as both the antagonist and protagonist of Knights of the Old Republic not to spoil too much of a seventeen-year-old game. And now fans of Revan and the Old Republic series can take on the role of the villain / hero with the new Star Wars The Black Series Darth Revan Force FX Elite Lightsaber from Hasbro.

This week Hasbro sent over a Darth Revan Force FX Elite Lightsaber for us to check out, and in the above video I unbox and review the very impressive new premium offering from The Black Series line of Star Wars toys. This particular lightsaber features progressive ignition (the light of the blade extends progressively from the hilt as it ignites), a blaster deflection effect (parts of the blade will flash white when pressing one of the buttons, as though deflecting blaster bolts), a wall-cutting effects (the top of the blade glows white and in rainbow colors further downward as you hold a button, to simulate cutting through a wall or door), and perhaps most remarkably, a color-changing blade that morphs from red to purple when holding both buttons down, symbolizing Revan’s transition from the dark side of the Force to the light– and perhaps back again? There’s also a removable transparent Kyber crystal that can glow when inserted into the hilt, and obviously the blade itself can be removed to make for a more display-friendly lightsaber handle. Note that the blade and Kyber crystal cannot both be inserted into the lightsaber at the same time, which seems odd, but I understand the space limitations of a replica like this. Three AA batteries are used to power this item, and the battery compartment is hidden in the screw-off bottom portion of the hilt. Plus, the box includes a nice-looking display stand for those who want their Revan saber perched on their bookshelf or mantel for all to see. 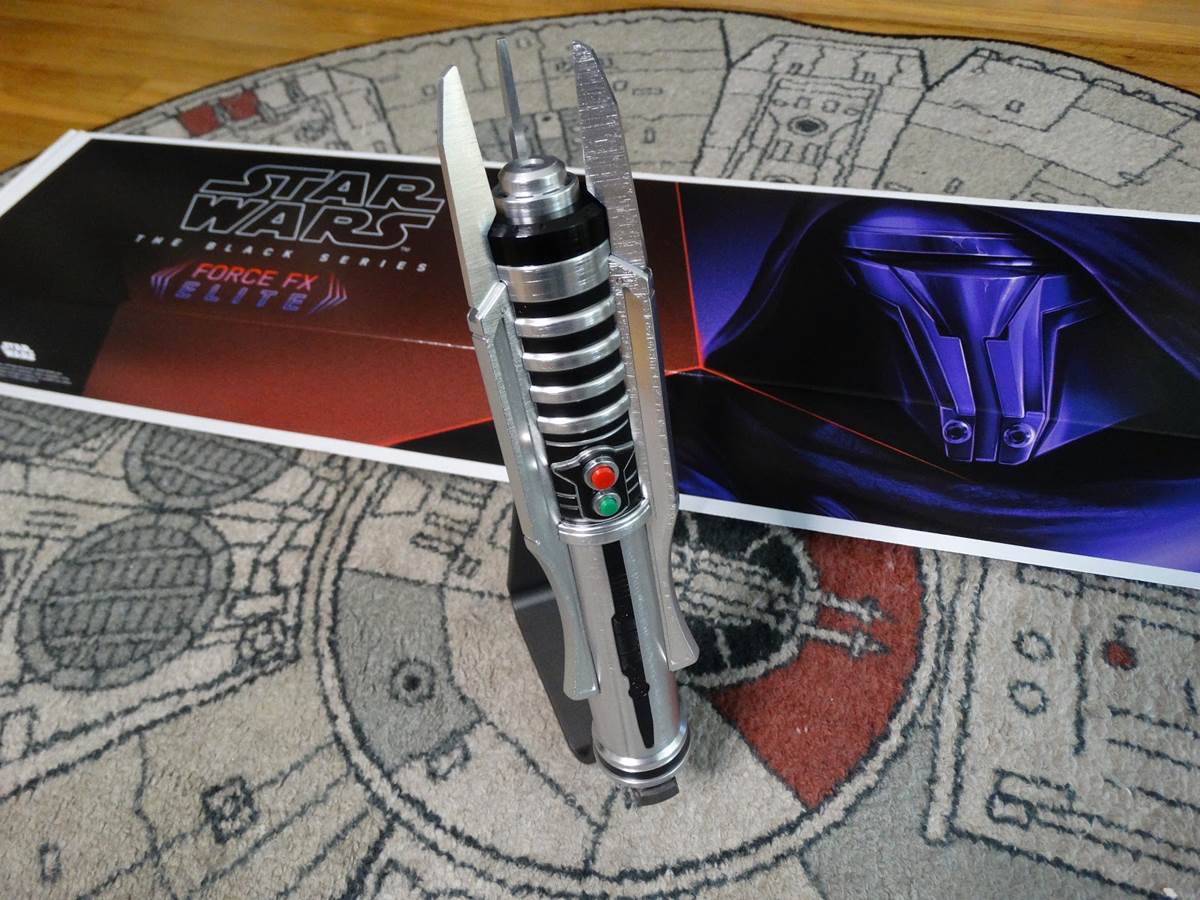 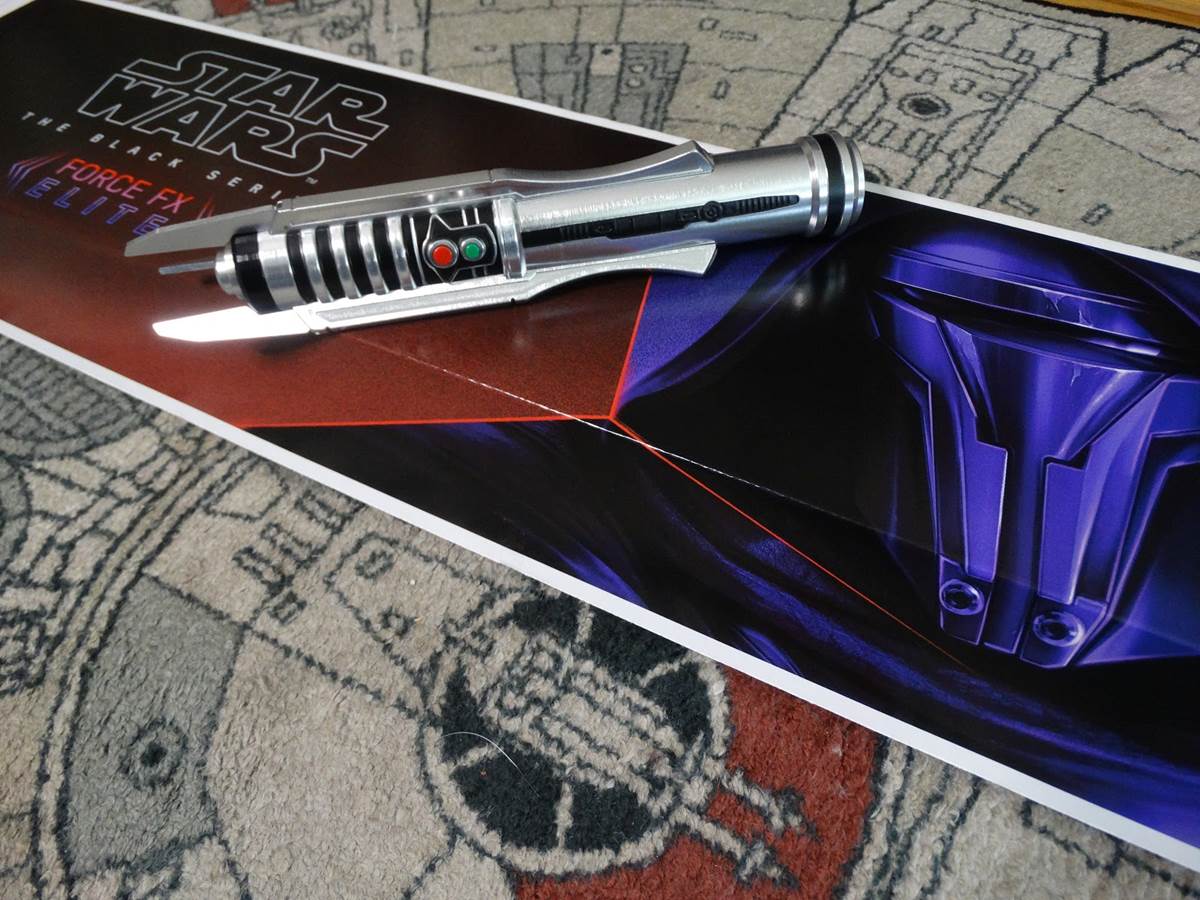 The material making up the hilt of the Darth Revan lightsaber is described as “real metal” on the box, and the item does have a more authentic feel than plastic sabers I’ve held in the past. It also uses “advanced LEDs and amplified sound technologies” to replicate the look and tones of what we would see in a Star Wars movie or video game. I particularly like the humming and pulsating sounds when holding the saber and waving it around, and the blaster deflection noises are a nice touch as well. I do think it’s odd that the weapon doesn’t have a belt clip for those who would want to wear it on their person as part of a Darth Revan costume, but maybe I’m spoiled by that option being built-in on the lightsabers from Savi’s Workshop in Star Wars: Galaxy’s Edge. And I’m sure fans who have collected Hasbro’s Force FX series before have found a good way to keep the sabers on their person. Overall, however, this is a really nice, high-quality collector piece that absolutely lives up to the lofty expectations set by The Black Series in the past. 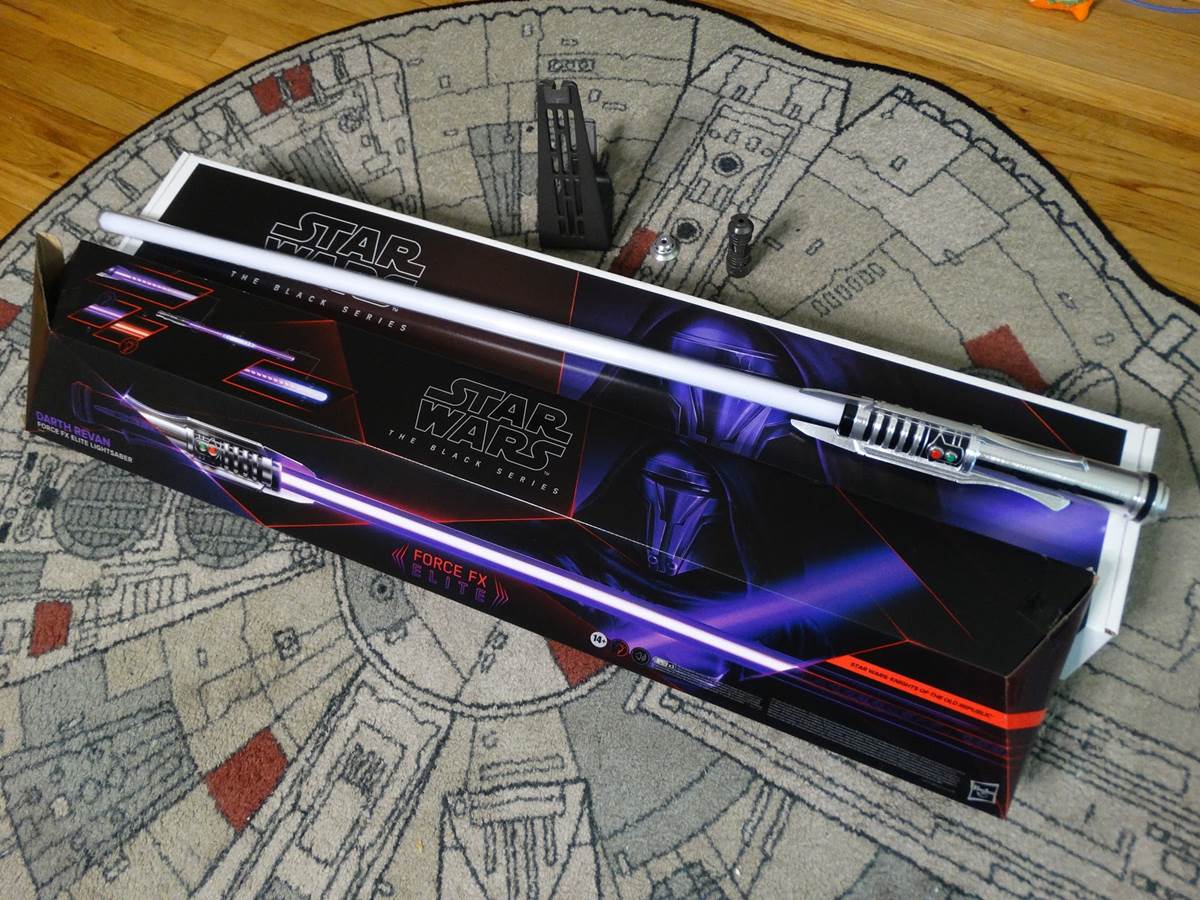