The world will meet Joe Gardner and 22 this Christmas when Pixar’s Soul is released on Disney+. During an early look at the film and conversations with the filmmakers, we learned a little more about the movie which takes audiences to “The great before.” In the film, an aspiring jazz musician meets his untimely end just as he thought his life was getting back on track, but through a twist he ends up as a mentor to new souls before they arrive on earth, where he and a particularly reluctant being team up to try and get Joe back to his life.

“Not many traditions, religions, whatnot, talk about a before life,” Pixar’s Chief Creative Officer and Soul director Pete Docter explained. “We thought, ‘Well, all right, what's that gonna be like?’ This is where we get our personalities, our interests, so things like what makes me outgoing, or shy, or all those kinds of things are given to you there. We eventually came around to almost like a world's fair. We wanted it to be very non-specific in terms of culture, so if you look at it and go, ‘Oh, that's Greek, or Italian, or Chinese, or whatever,’ that would be wrong because souls, we are saying in the film, come to Earth kind of as a blank slate in that sense, that your culture is something that you learn and grow into.”

Pete Docter is no stranger to making animated masterpieces that touch your soul and Soul seeks to do just that. Co-Director and writer Kemp Powers was no stranger to the creative process, but his first Pixar film taught him how to look at a story differently. “One of the things that really stood out to me about the process, in particular working with Pete, is when we've looked at different scenes, I'm used to looking at a scene and trying to decide whether or not it works based on things like logic,” Kemp Powers shared. “But one of the things that's been very fun about working with Pete is he will watch a scene in edit, and he'll go, ‘How did that make you feel?’ And the entire film was kind of looked at through this prism of how are these moments, how are these actions making us feel? I was not accustomed before this process of going into every element of the film with feelings being a key part of every decision a character makes, everything in a scene, and sometimes there's things that work from a logic standpoint that they just don't elicit the right feeling, and then we kind of have to go at it from a different direction. And I think that's one of the things that was really, for me at least, really special about the process of making this film, is that it was very, I'd say feeling driven.” Most Pixar stories go through a lot of changes during the creative process and some of the most famous examples include Pete Docter’s other films like Up, Inside Out and Monsters, Inc. The journey to the screen for Soul started as a heist movie that took place completely in the soul world. “We thought that was the best way to represent kind of the underlying theme or message that we were trying to get across,” Pete Docter shared about the earliest draft where Joe and 22 needed to steal an “Earth Pass” to get him back to his life. “But what happened was it was a lot of running around, and any time you would refer to Joe's life on Earth, it was either a flashback or a long lecture and it just didn't give us the opportunity to really talk and feel what Joe was going through in this journey. So that's why we dumped that.”

Soul is also a milestone moment for Pixar Animation Studios as their first film with a Black lead character. Put into production four years ago, the creative team couldn’t have known just how important the film would be in 2020 when they started work on it. “We’re so fortunate to have had the chance to have a story that I think really embraces a lot of the culture that has not been shared, at least in Pixar films,” Pete Docter shared about his excitement for the film. “What we're trying to do, of course, as filmmakers is to reach out and connect with people and find that sort of common ground of what it is to live life. And it's shameful that it's taken this long, but we're excited to have this chance with this film.”

Joe Gardner’s Black skin is not just a character attribute, the filmmakers committed to representing a culture on screen that felt accurate to the Black experience in America with a Black Culture Trust of contributors. “We talk a lot about cultural specificity and I think it's important to understand that cultural specificity is not a dividing thing,” Kemp Powers explained. “I like to say that sometimes being hyper-specific allows us to see the universality in all of our experiences… Some of my favorite films and some of my favorite TV shows that are often set very, very specifically in these cultures, but yet a great example looking at something like Coco, where family is one of the things that just shines through, even though you're in this very culturally specific world of Mexico. These films take, in this case of Soul, four years to create, and I don't think anyone at the beginning of the process could have predicted the state the world was going to be in, but I'm a big believer in these things happen at the right time that they're supposed to happen.” 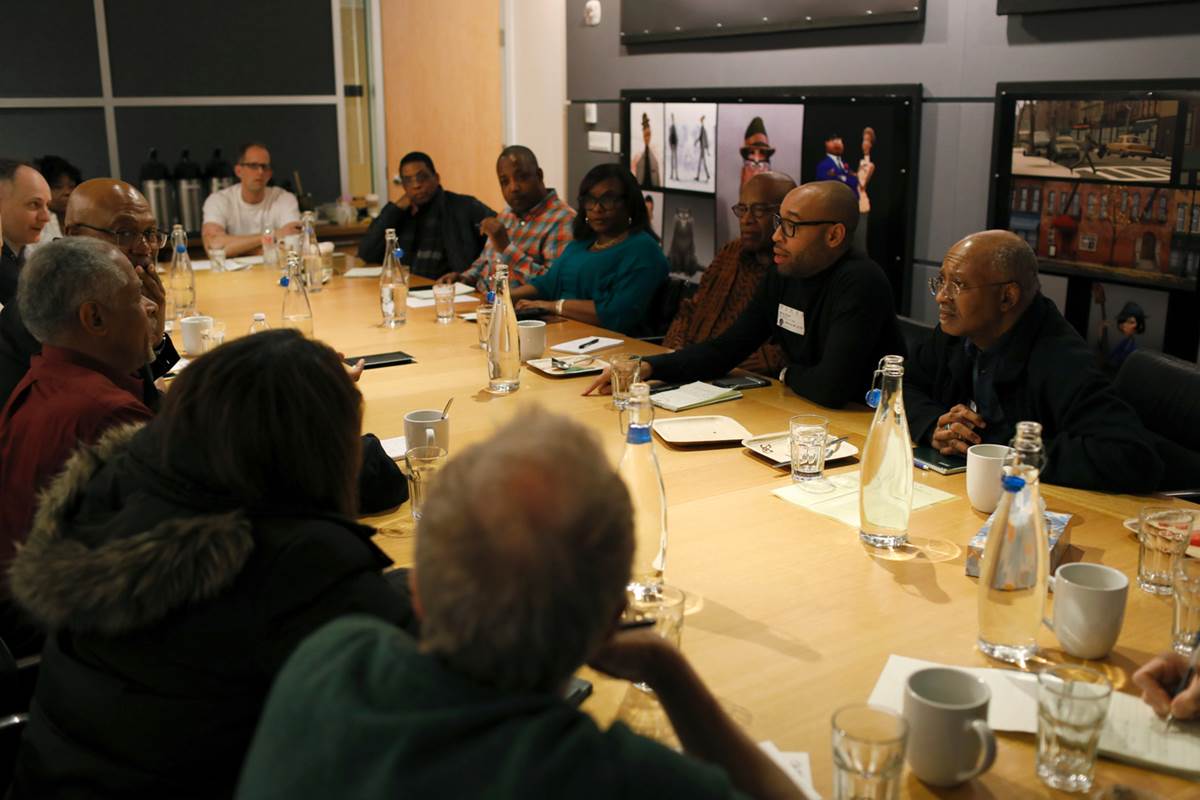 Originally scheduled as a summer release, the film was nearly finished when all film and television productions were shut down in March. “When we went into shelter in place, we had seven weeks of production left,” Producer Dana Murray revealed. “I guess we were really lucky and blessed with where we were at in production because the back-end is highly technical, so people were able to just grab their machines and literally go home with them. And we were up and running in a day or two. Our systems team is incredible, everyone was just really resilient.” And a silver lining to completing the film remotely was that Pixar employees got to meet each other's families and pets on Zoom and get a peek into each other’s personal lives.

“We ended up actually creating a documentary about the process of finishing Soul remotely that'll come out at some future date,” Kemp Powers announced. “We all get together and we work so hard on the Pixar campus. It was kind of cool to get a little look at people's lives. I gotta say though when we got the final mix done, usually when we complete these films, we get to celebrate it. We have a big theater full of everyone kind of celebrating the film being completely done. And we weren't able to do that, so it just dawned on me fairly recently that, outside of just a handful of people, most of the folks who worked on Soul have not seen the completed mixed film. It's something that we still haven't been able to share with the team who's done it. There's basically just like a couple dozen people who've actually seen the completed movie, so that's a little bizarre to think about.”

Disney recently made the decision to make Soul a holiday treat with its Christmas direct-to-streaming release on Disney+, but the filmmakers were hoping that Joe Gardner and 22 would get to have their moment to shine on the big screen.  “We saw and finalled everything on the big screen, and so I think that's the way we would like for people to see it,” Director Pete Docter concluded. Perhaps the filmmakers will get their wish someday, with 2Oth Century Studios’ Alita: Battle Angel returning to theaters this month based on fan demand. But if nothing else, Pixar’s Soul will play for audiences at the Rome Film Festival starting next week and for the rest of us, Joe and 22 are ready to give families a reason to feel joyful this holiday season. 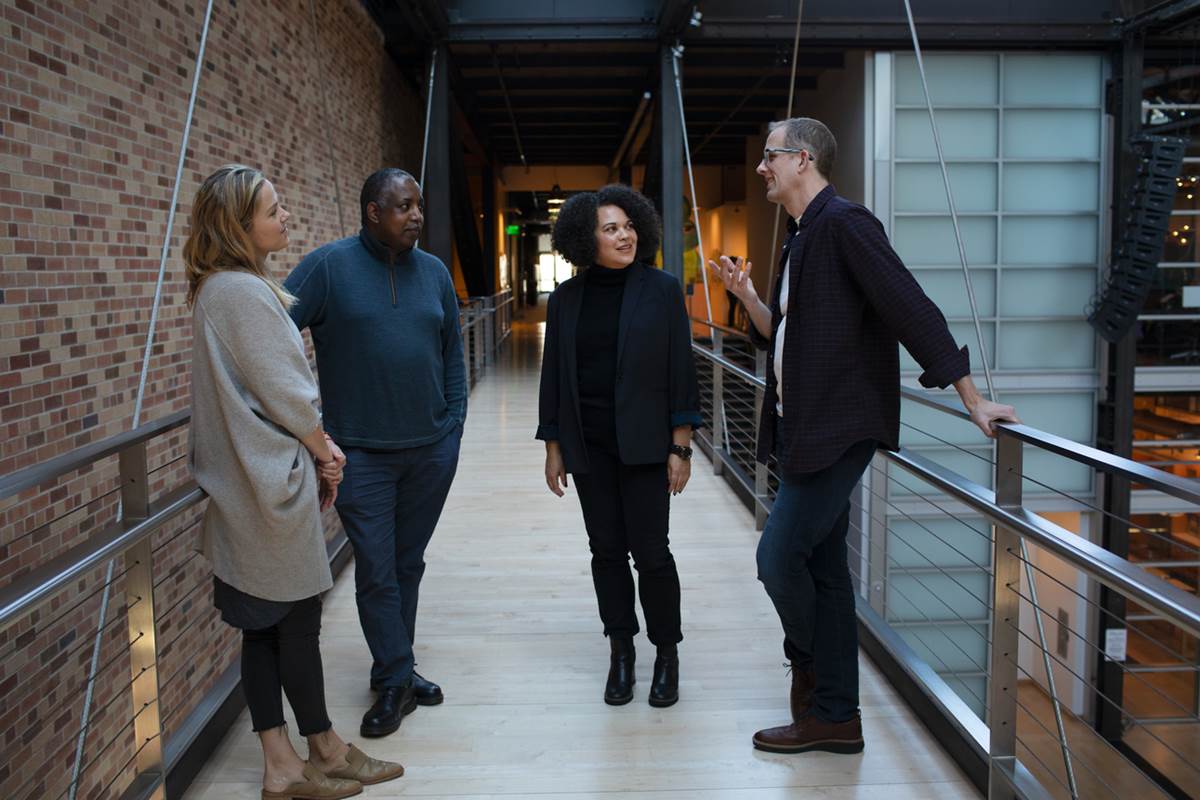 Pixar’s Soul starts streaming on December 25th only on Disney+.