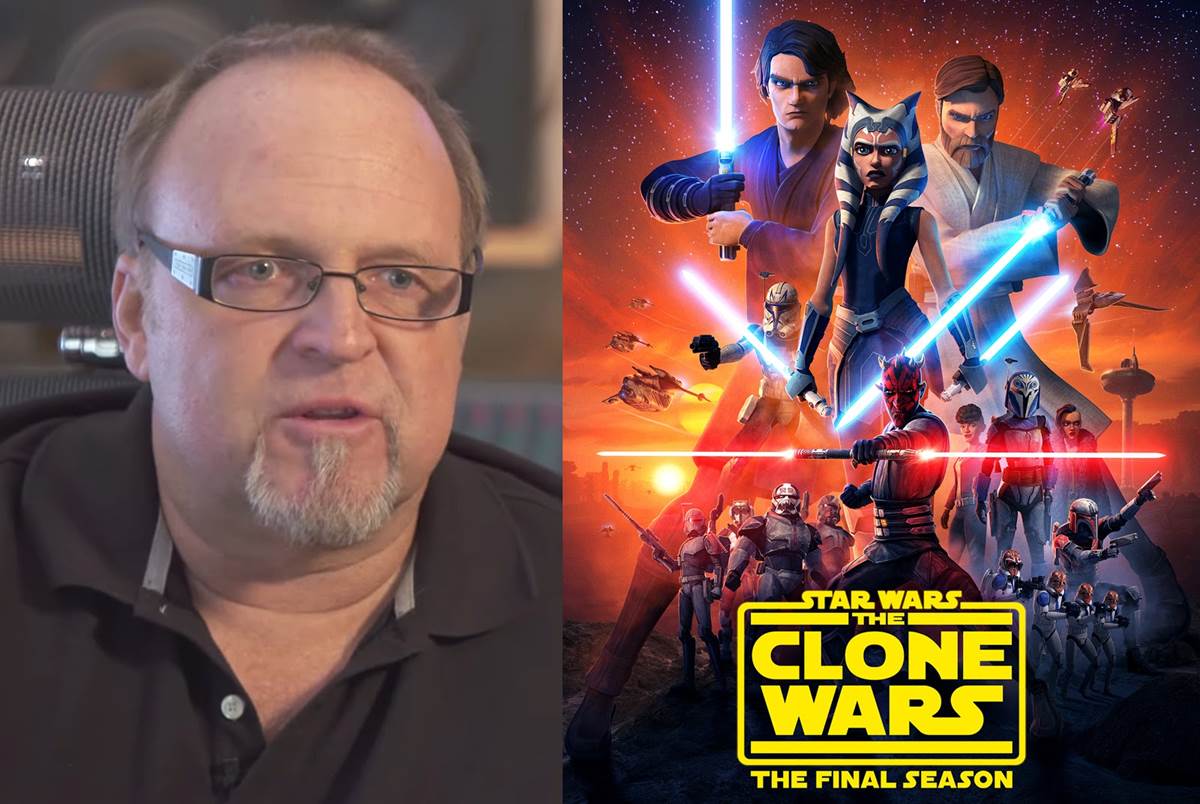 Accomplished composer Kevin Kiner has been creating scores for film and television for over thirty years, but in 2008 his career took an exciting turn toward A Galaxy Far, Far Away with Star Wars: The Clone Wars from Lucasfilm Animation. Since then he’s created the music for the fan-favorite Star Wars Rebels and the highly anticipated upcoming animated series Star Wars: The Bad Batch. Indeed, at this point he has created more music for Star Wars than any other composer.

Last year Kiner returned to The Clone Wars to wrap up the series with a final season of twelve episodes on Disney+, the score for which has netted him a Annie Award nomination by the International Animated Film Association, adding to his previous nods for Primetime Emmy, Daytime Emmy, and Annie Awards. I was recently offered the wonderful opportunity to speak with Kevin Kiner about his Star Wars work, and in the first part of the interview (presented below) we focus on his personal history with the franchise and his contributions to Star Wars: The Clone Wars. 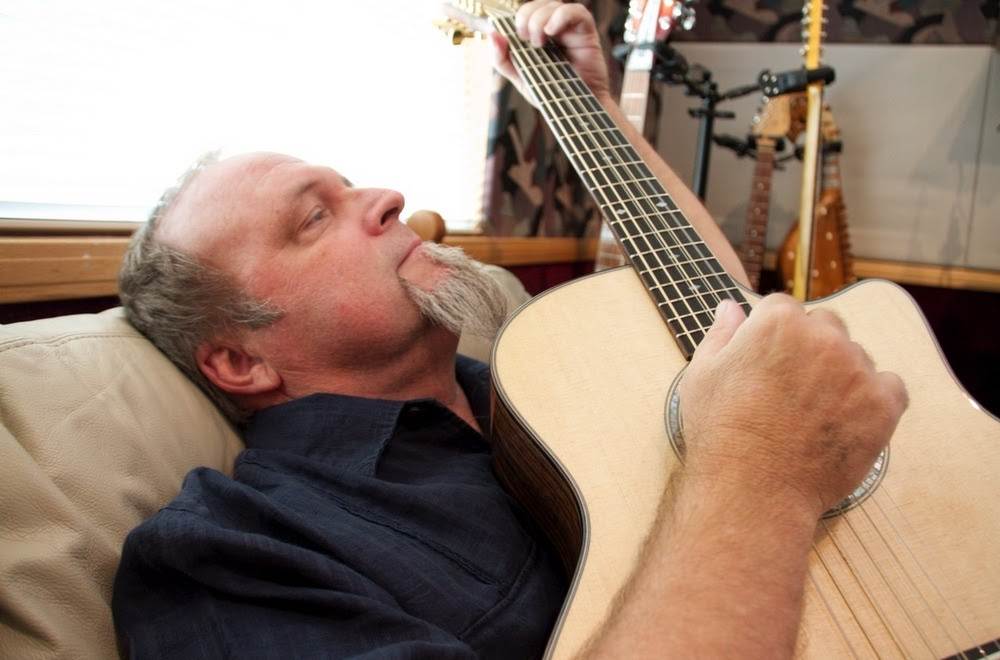 Mike Celestino, Laughing Place:  You've been composing scores for television and movies since the mid-80s, but what was your relationship with Star Wars before you started contributing at Lucasfilm? Were you a fan?

Kevin Kiner:  Yeah, I was a huge fan. I went to college [at] UCLA, and I remember I went in Westwood I think the first or second night that the [original] movie was out in 1977. I probably would have been a sophomore, I think. After that, I went to every midnight showing there was [of the subsequent movies]. I took my kids to all the midnight showings of the prequels.

LP:  Prior to 2008 you'd contributed to Superboy, Land of the Lost, Leprechaun, Nick Fury: Agent of S.H.I.E.L.D., Wing Commander, Walker: Texas Ranger, Stargate SG-1, Star Trek: Enterprise, and CSI: Miami, among many others. How do you feel your established career at that point helped prepare you for working in Star Wars?

Kiner:  By that time in 2008, I had been working in the business scoring shows for over twenty years. Superboy was late-80s, I believe. I bought the Star Wars score soon after it was published. I studied that score, because it was just such an amazing sound, and I wanted to make that sound. I wanted to have my scores have that scope and that melody and that lush orchestration and the sophisticated harmonies and counterpoint– all the things that John Williams does so marvelously. That was a big inspiration for why I became a film composer and didn’t just remain a guitarist or become a doctor the way my mom wanted me to be.

My career is multifaceted. In terms of scoring to picture, I think CSI: Miami was really a great experience. I did that for ten years, and I’m pretty sure the reason that George Lucas chose me to be one of the people who auditioned for Clone Wars was because he liked the score on CSI: Miami. I think he wanted to move forward– he liked the electronic elements and some of the percussion and stuff that I used in that score. You know, George is a guy who always wants to not keep doing the same thing. He wants to always move forward.

LP:  Tell me about first coming aboard Star Wars: The Clone Wars. What was that experience like and what was your initial approach to the score?

Kiner:  I had a lot of direction at first. Once I was hired, one of the big concepts for music that George Lucas had was each planet in the Clone Wars universe was going to have its own ethnicity. He was really big into percussion. In fact, if you [read] a number of books written on Star Wars, [in] one of the earliest scripts, the very first words that George Lucas had written [were], “A starfield. War drums can be heard in the distance.” Nothing about the [title] crawl. Nothing about “A long time ago in a galaxy far, far away…” The very first words were describing music: war drums. Well, that didn’t really happen, right? It evolved. John Williams did what he did, which is one of the great pieces of music ever written– the main title. That was iconic and it was perfect, but George’s original concept was, “I want some war drums.” So he goes back after he’s done all six films and comes to me and says, “I really like percussion.”

He didn’t really tell me about that [stage direction]. I read that in a book, that that was what was in the script. But I definitely knew he liked drums and percussion. And also, it was a big deal, the ethnicity of each planet. So a lot of times ethnicity is defined by percussion [in the show]. Not always– we used a Bulgarian women’s choir for one planet. We were all over the place with different things. But initially that was a big part of the sound for Clone Wars. Now, we didn’t just go crazy and only play drums and percussion the whole time. My job, as I saw it– what I wanted to do, and what I think I did do– is I kind of molded the sound and a lot of the orchestral techniques that John Williams had made famous. I wove those in and out with the percussion and with the ethnic sounds. In different places it was all orchestral and in other places it was very ethnic-sounding. Those were the early days of Clone Wars.

LP:  You're nominated for an Annie Award for your work in the final season of The Clone Wars, which was released last year on Disney+. How was that score different or more challenging for you as a composer?

Kiner:  It’s very different. If you listen to the last couple of episodes, it’s very heavily electronic. Not the whole episode– I mean, we had a seventy-plus-piece orchestra for those last four episodes– but a couple of the last cues, the very last two pieces of music in episode twelve of season seven are exclusively electronic. That was the first time that had ever been done in the Star Wars universe, and a lot of that direction came from [executive producer] Dave Filoni. He really wanted to push things in that direction. So that was a big leap.

Part 2 of our interview with Kevin Kiner will be released about a month from now. In that concluding post, the composer will discuss his contributions to Dave Filoni’s Star Wars Rebels, how he feels about his Ahsoka Tano theme being used in The Mandalorian, and (perhaps most excitingly) what we can expect from the score to the upcoming Disney+ animated series Star Wars: The Bad Batch.