This week we chat about Monsters, Inc. Funko, Loungefly’s Halloween Collections, the new “it’s a small world” dress, Jerrod Maruyama Dooney & Bourke and simple Halloween Costumes for adults. Our Marvel finds include Hasbro’s Spider-Man Retro Marvel Legends, and “What If…?” Zombie Funko Pop! We wrap up with new Star Wars items from Hasbro: the Rey Skywalker Force FX Lightsaber and The Vintage Collection figures including Lando, Teebo, and Emperor Palpatine.

Inspired by the imaginative cast of characters that make up this delightful Pixar story, fans will love the latest collectible figures that feature Mike and Sulley when they first take care of Boo. And Celia and the Abominable Snowman are here too to round out the fun. Stop everything and add these new Loungefly bags and accessories to your Halloween shopping list! As the spooky season descends, you can step out for all your events, errands or personal enjoyment and look awesome with these pop culture inspired styles. The “happiest cruise that ever sailed” has docked at shopDisney, in the form of a new dress inspired by the “it’s a small world” attractions. This latest addition to The Disney Dress Shop Collection is as bright and cheerful as the children of the world featured in the famous ride. Dooney & Bourke has released another collection of Disney bags, this time featuring the playful designs of artist Jerrod Maruyama. Looking for some simple, no-nonsense dress-up choices for Halloween and beyond? shopDisney has a few items that make it easy to transform a basic tee into a simple costume from classic and modern films. 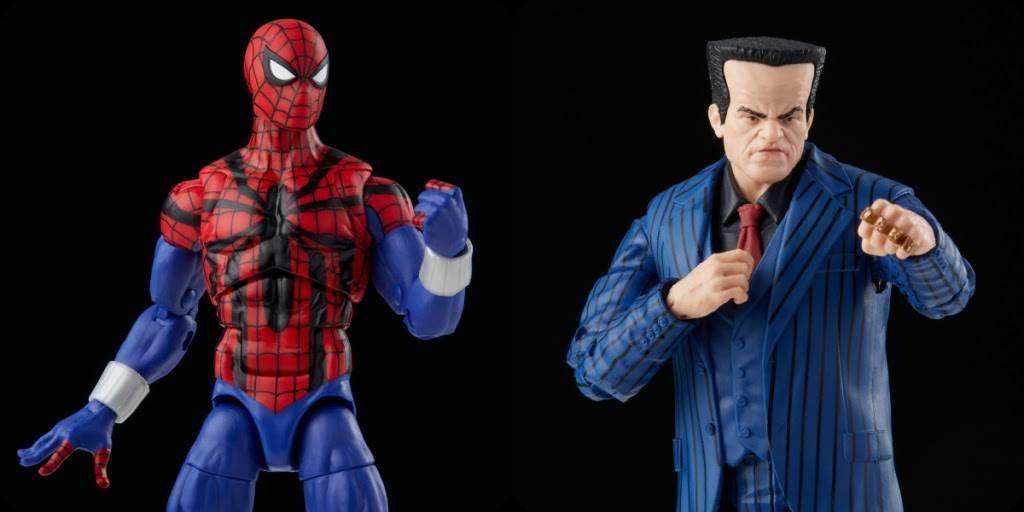 Hunt them down, web ‘em up and save the day. Hasbro is bringing some classic villains and retro styling to Spider-Man and some of his most notorious foes. 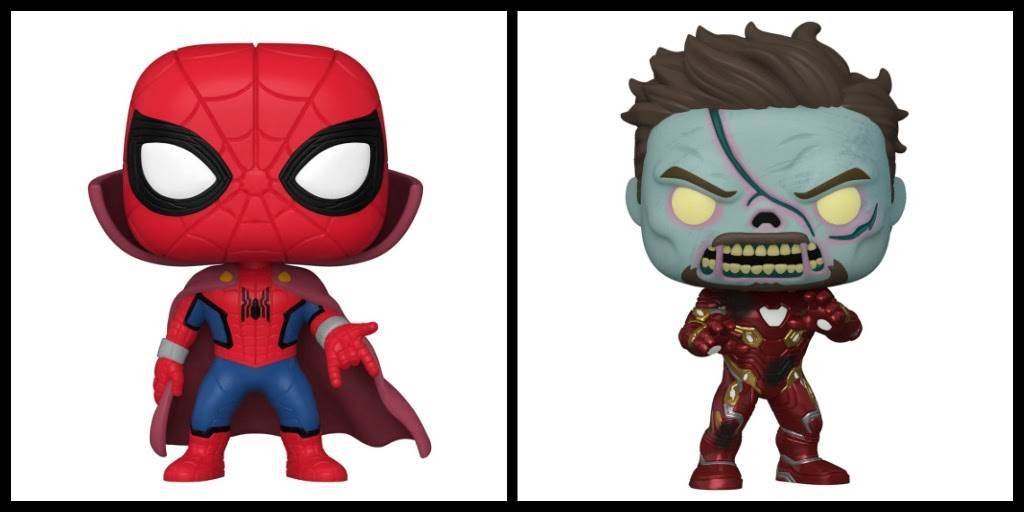 Ahhh! Funko Releases Wave of Marvel Zombies to Terrorize Your What If…? Pop! Collection

Funko has released a new wave of Pop! figures inspired by the latest episode of Marvel’s What If…? That’s right, we’re talking zombies! Hasbro is bringing fans a stunning collectors item and you don’t need to be Force sensitive to understand its significance. Joining The Black Series is the Rey Skywalker Force FX Elite Lightsaber and pre-orders of this awesome replica are available now from Entertainment Earth. 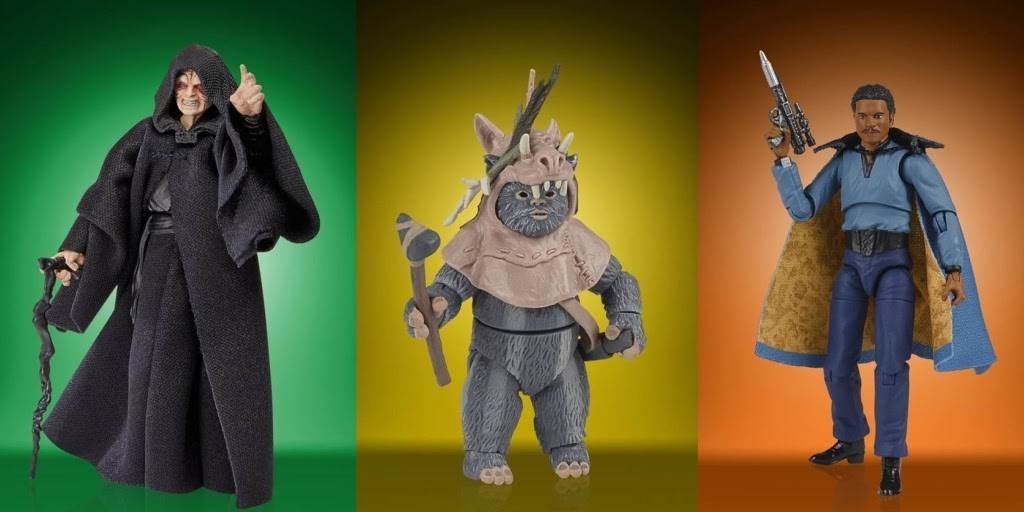 Imagine recreating iconic moments from The Empire Strikes Back, Return of the Jedi, The Mandalorian or just create your own adventures with the latest wave of 3 3/4-inch-scale Star Wars Collectibles from Hasbro. 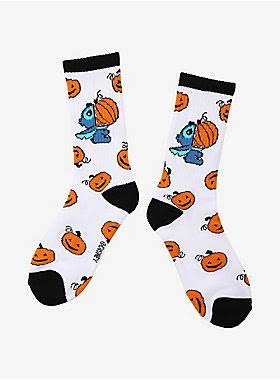 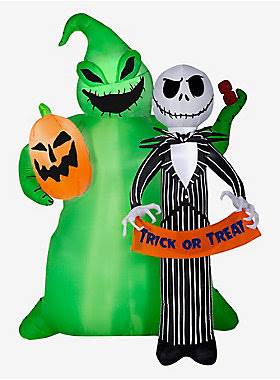 The Nightmare Before Christmas Jack and Oogie Boogie Airblown 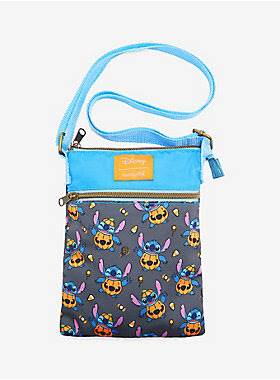 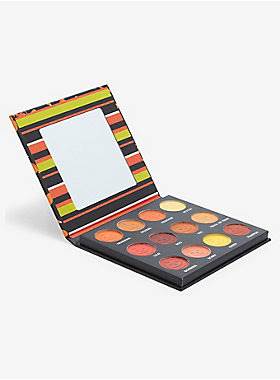 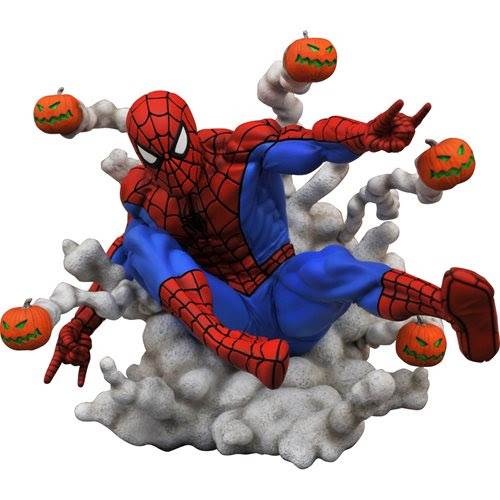 If your Disney Parks wardrobe needs a colorful boost, you’ll have plenty of options to consider with the latest merchandise drop on shopDisney! 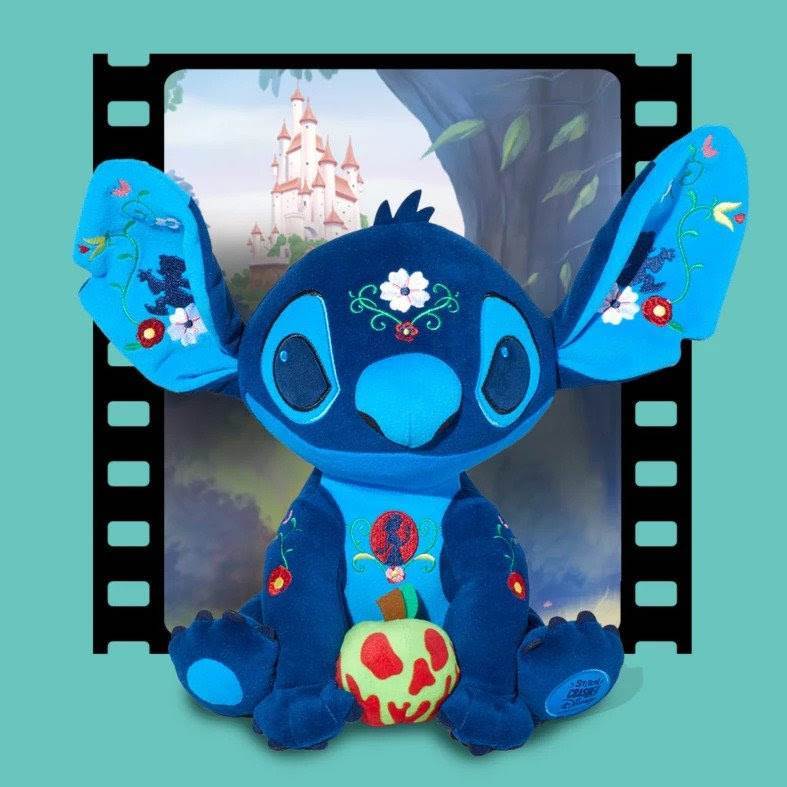 Stitch is crashing Disney again and this he’s headed for Snow White and the Seven Dwarfs. The collection is now at Disney Springs and launches at 7am PT on Friday, September 17th on shopDisney. 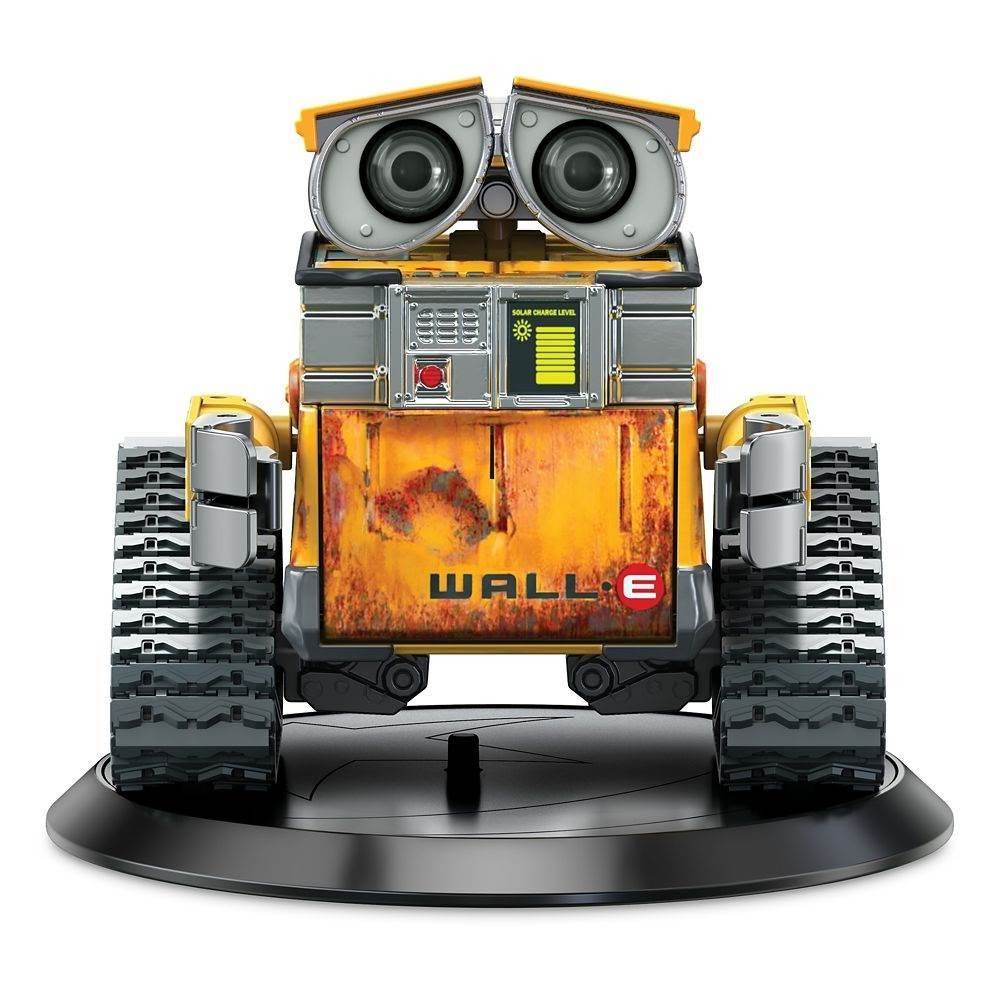 Well Pixar collectors, if you’ve been looking for the perfect WALL•E item to add to your display, you’re in for a treat.  Mattel has released a new edition to the Pixar Spotlight Series, this time focusing on the small helper robot and titular character of WALL•E. 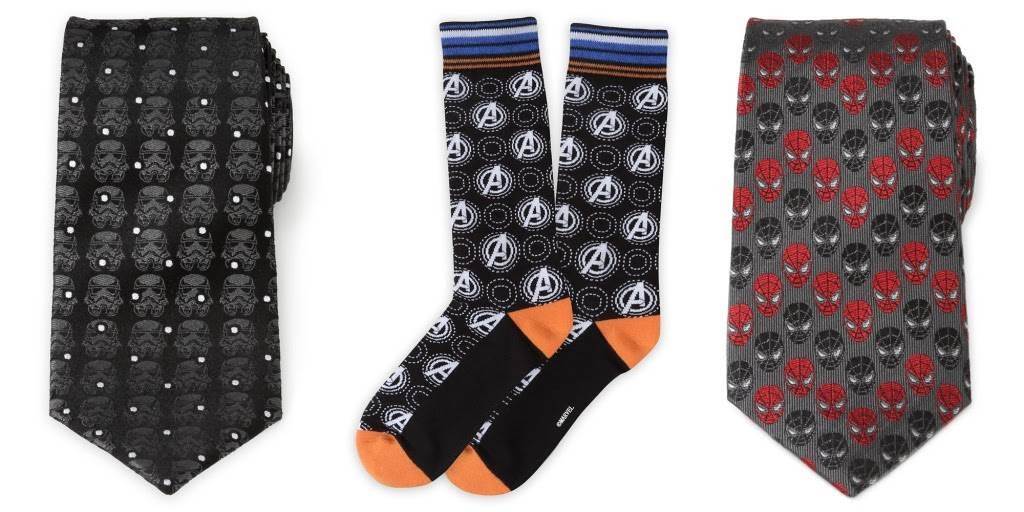 If your dress up wardrobe could use a little refresh, shopDisney has a few classy ideas for fans of Star Wars and Marvel. New to the site this week are socks, ties and a pair of cufflinks that make it easy to share your fandom while following the business dress code. 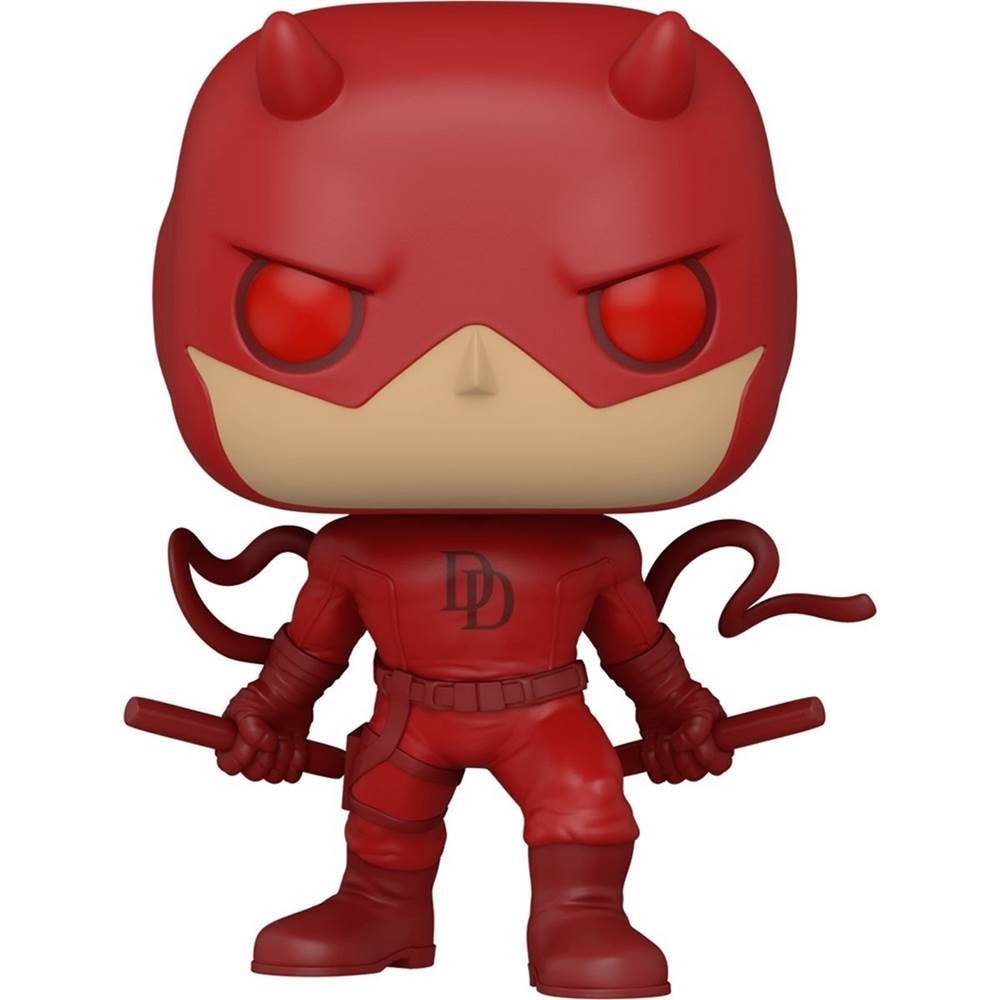 You don’t need 20/20 vision to know that Matt Murdock aka Daredevil is a worthy opponent. That’s something you can just sense. Speaking of Mr. Murdock, we’re sensing some new Funko Pop! figures featuring Daredevil have arrived on Entertainment Earth. 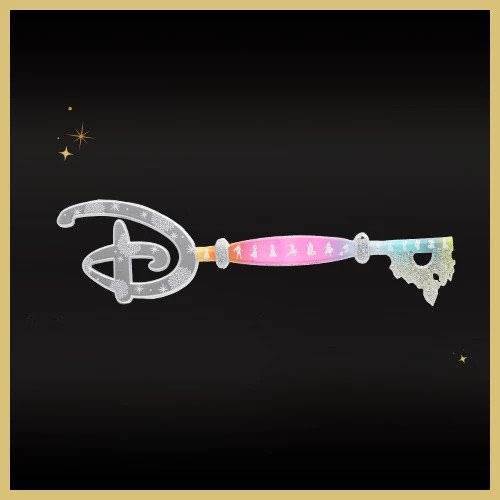 Disney’s Ultimate Princess Celebration is one way that fans can show their love for their favorite heroines and even shopDisney is getting in on the fun with a new Collectible Key! 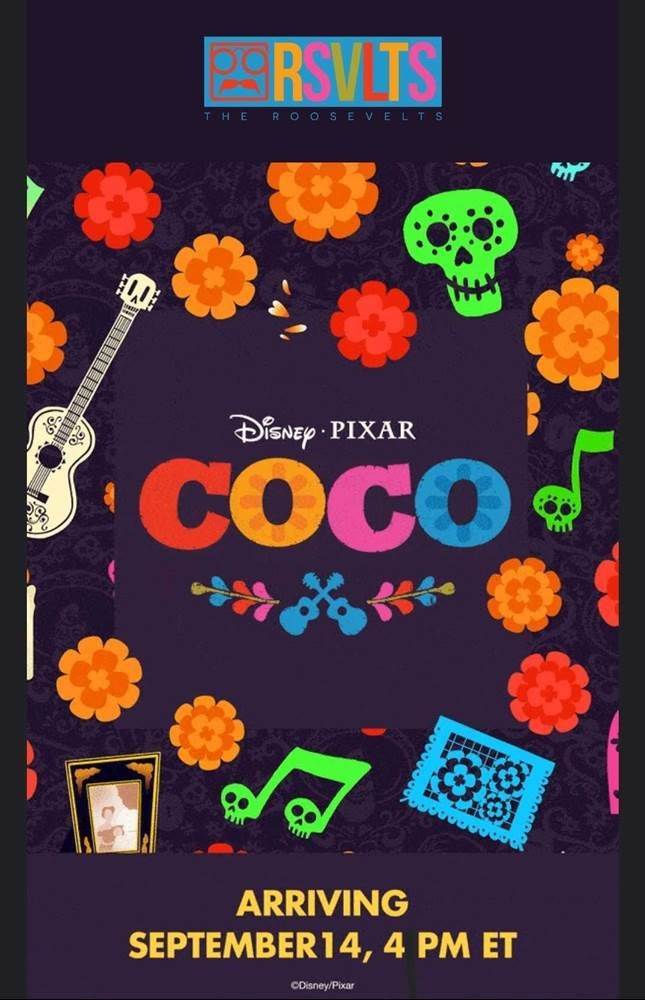 RSVLTS (The Roosevelts) is heading to the beautiful village of Santa Cecilia for their latest Coco-inspired collection of shirts. Fans will be able to shop unique patterns designed after the Pixar film when the new collection drops on September 14th. 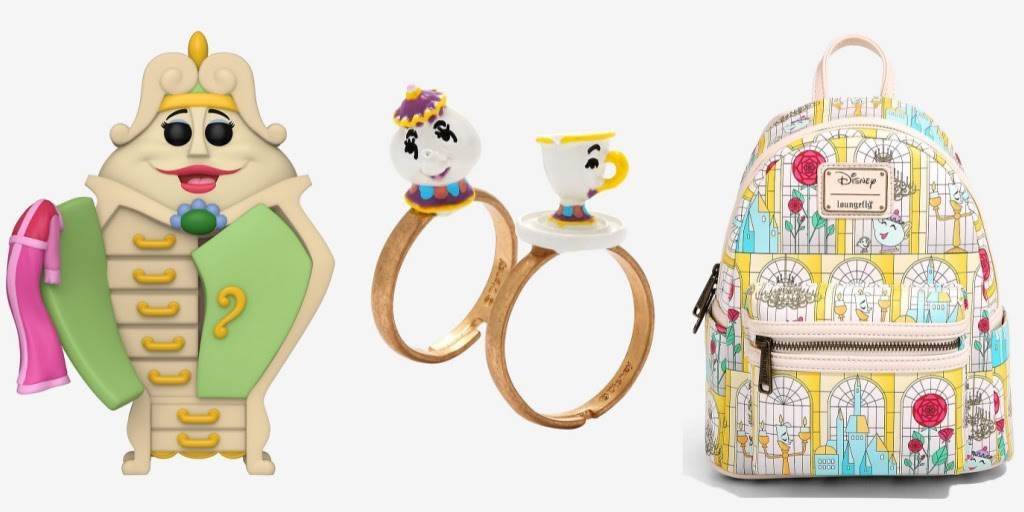 Celebrate the tale as old as time and fall in love all over again with the delightful movie about a courageous woman whose kindness softened the heart of a beast and rescued the prince trapped inside. Now, BoxLunch has introduced several exclusives inspired by the film that you’ll want to add to your collection.