Hulu is taking us back to the Warner Bros. Studio lot for another season of hijinx and antics with the original Warner Brothers (and the Warner Sister!) themselves, in the second season of the Hulu Original Animaniacs, debuting on the streaming platform on November 5th. 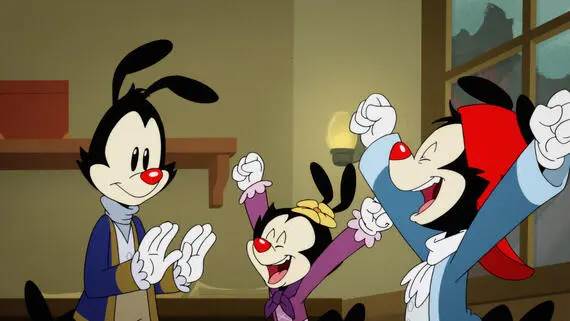 I have seen a handful of episodes from this second season, and much like the first season of this rebooted series, it does not disappoint. From an encounter with an Emperor in Ancient Rome or a Parody in Dickens-Era London, to modern issues like waiting for a mobile game to download and update and then update again, and even e-mail that literally attacks our inboxes, this season will leave you clicking “Play Next” (unless the show does it for you after making sure you get a moment of activity) until we get more in the already-announced third season. 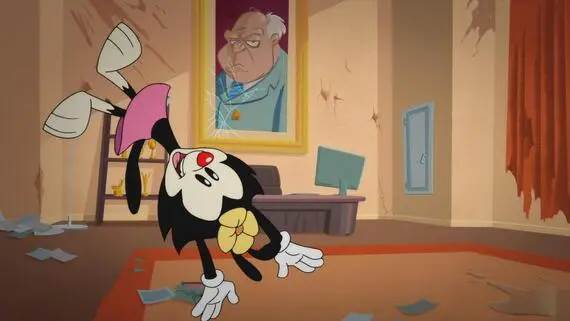 Like last season, the series skews more towards adults who grew up watching the series every afternoon and would appreciate a more adult tone. That said, the series is being marketed as “family friendly” which is absolutely true, but I feel like in this instance, the show is still for adults but has enough going on to keep kids entertained, whereas the inverse is typically the case. For example, similar to a “Bun Control” episode last season, this season features a hallmark of the original series where the sibs encounter a historical figure. This time it’s Roman Emperor Nero, who bears a similarity in tone, diction, mannerisms, and features of a recent President. Even Yakko himself points out the similarity at one point in this sketch. The whole segment will likely go flying over kids' heads (and likely into the complaint box at Fox News) but hey, when Dot pulls out a laser pointer in the Colosseum to distract some attacking tigers, the kiddos will surely love that, even if they don’t understand why Mom and Dad are laughing at the appearance of the Gladiators from America. 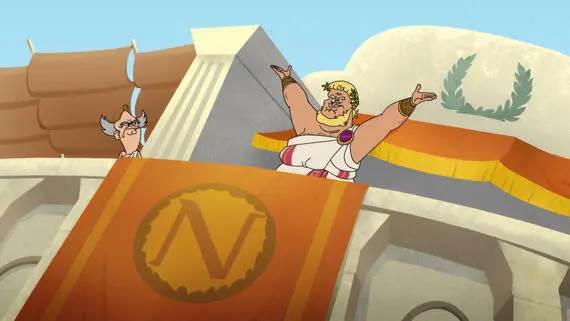 The level of in-your-face parodies have also increased, and they are fantastic and all are pulled off brilliantly. One specific Pinky and The Brain installment showcases the early failed series pilots of the duo and is the best example of these parodies, which will likely (again) go rocketing over the heads of children everywhere but will leave adults (especially those who were babysat by a television) howling. Another moment sees Pinky provide a slightly more subtle parody of a viral video from a bygone era, leaving Brain to point out that even he’d prefer a parody of something a little more fresh before viewers might catch on to what just happened. 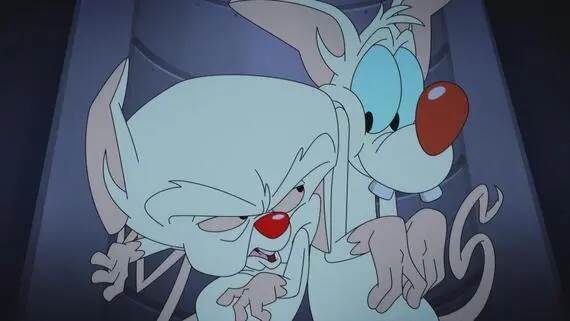 My biggest complaint, and maybe it’s because I’m a purist, still remains that the original show is essentially an animated variety show with a large cast of characters and segments/sketches. While yes, it was (sort of) explained last season why key supporting characters were missing, like Slappy Squirrel, and Mindy and Buttons, they still have yet to return, and each episode consists of segments featuring the Warner siblings with a Pinky and The Brain piece sandwiched between them. The characters created specifically for the Hulu reboot, Starbox and Cindy, have also returned, though (based on the few episodes I’ve seen) it pops up sparingly. If we’re voting for segments this season that can replace those lost recurring things like The Wheel of Morality or Good Idea / Bad Idea, my vote would be the safety training video that was shown on how to prepare for a disaster: a wall of hot syrup from a nearby factory racing down a hillside towards your home. The random absurdity of the scenario and how to deal with it can be played out again in endless ways, and I’d love to see more half-baked emergency scenarios. The second season also now has the advantage of a prior season, so it can borrow and revisit characters who debuted in the new version of the series, including the Studio CEO Nora who appears throughout the season and Brain’s Ex-Wife and new rival, Julia, who makes at least one appearance. 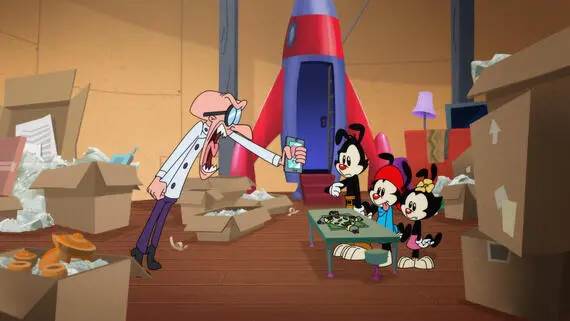 One standout segment sees the Warner Sibs perform as a hit boy band at a birthday party so that a leak in their water tower will be fixed. While the segment is full of jokes, fun music, and outlandish antics, it has one thing that every other episode seems to be lacking: Heart. Dot takes the daughter of the CEO and gets down to the root of what really caused her party to be ruined, and it’s a moment that is not necessarily surprising story-wise, but happened naturally and provided the warmth and sincerity that this new version of the “family friendly” show uses so rarely in favor of outlandish pop culture references and wacky antics geared towards that aforementioned adult audience. Hopefully when the season fully debuts on November 5th, there are more episodes that feature this welcome rarity. 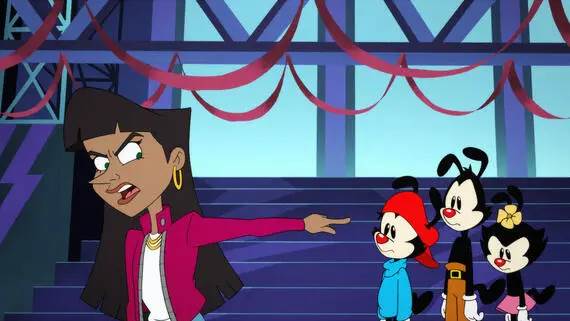 This season (based on the sampling I’ve seen) sees fewer references to the fact that it's a reboot, and fewer callbacks to the 90s original, which last season seemed to happen at least once an episode. There are some that are there, and when they hit, they hit, it’s just not as prevalent as the prior season. That said, more segments seem to get back to their original 90’s roots, with (mostly) original musical numbers and even an Oliver Twist parody two-parter. These musical numbers are so great and brilliantly written that they warrant another official soundtrack release (fingers crossed!) because I’d love to get my hands on the period-accurate Countries of the World and failed-pilot “Narfs” theme song. They also hit upon current celebrities like John Cena, current trends, like influencers, vlogs, and livestreams, and use fad words where applicable in a satirical way, again staying true to its roots. I’ll also never be disappointed by a perfectly timed appearance of a traditional “Goodnight Everybody!” 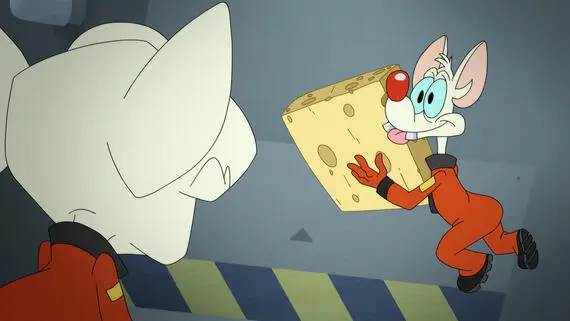 Animaniacs remains one of my favorite lenses through which to view the world we live in, offering a nonsensical and satirical look at everything going on around us. Through the zaniness and the wackiness, it proves that even the most serious topics can be looked at from a humorous way, something I loved as a kid and something I love even more as an adult, and I’m already looking forward to next season.

All 13 episodes of the second season of Animaniacs debut on Hulu on November 5th.