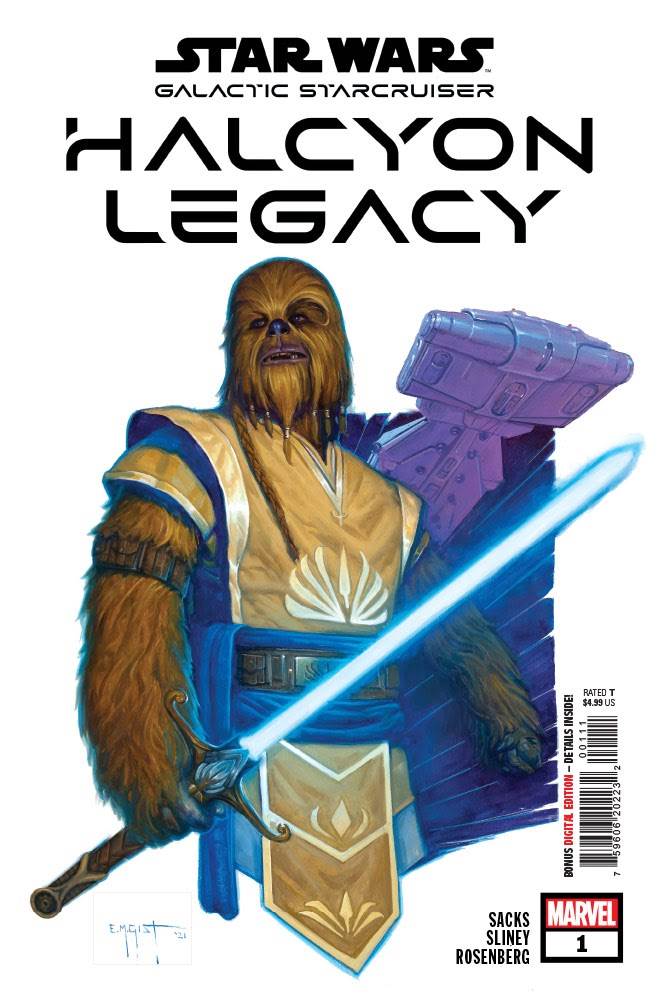 With less than a month to go until it opens, I think it’s safe to say at this point that not everyone is entirely sold on the upcoming Star Wars: Galactic Starcruiser resort experience coming to Walt Disney World. But the also-Disney-owned Marvel Comics is doing its part to pitch the concept to prospective guests via the Star Wars: Galactic Starcruiser – Halcyon Legacy comic-book miniseries, which launched today.

The five-issue Halcyon Legacy will explore the history of the titular starcruiser the Halcyon via a series of flashbacks set in different periods of the existing Star Wars timeline. But the first issue opens by thrusting readers into the framing structure– an eldery gentleman named Shorr Komrrin taking his granddaughter Cimina on a trip aboard the ship, aboard which he once experienced an adventure of his own during his youth. These bookends are set during the rise of the First Order (read: the Star Wars sequel trilogy era), which allows Komrrin and the crew of the Halcyon to recount events from The High Republic, the prequel trilogy, and the original trilogy periods, throughout which the ship has carried passengers in top-of-the-line luxury. We get a quick tease of a young Shorr having encountered Anakin Skywalker, Padmé Amidala, and Sith assassin Asajj Ventress, but the bulk of issue #1 deals with Jedi Master Nib Assek and her Wookiee Padawan Burryaga fighting off an attack on the Halcyon by the band of ruthless marauders known as the Nihil during the above-mentioned High Republic. Back in the “present” of the story, we do meet Captain Riyola Keevan– the blue-skinned Pantoran who has been featured in some of Galactic Starcruiser’s recent marketing– who must deal with some similarly invasive pirates led by Crimson Jack (another Legends-canon character lifted directly from Marvel’s original 1970s Star Wars comics). 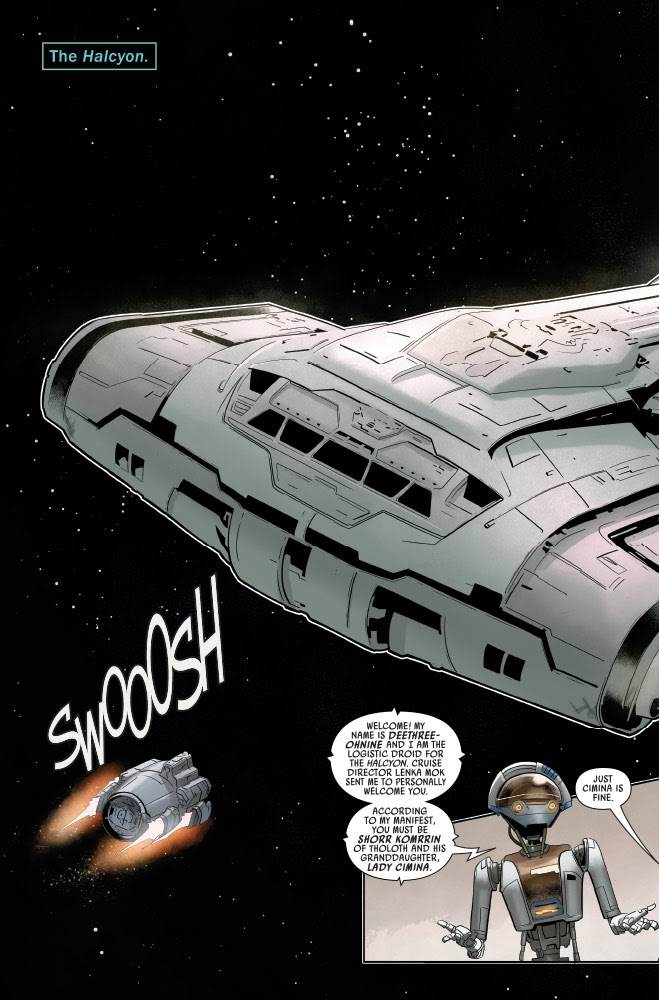 While we do spend a little time on the launch pod that brings guests up to the Halcyon, not to mention the ship’s hallways and bridge areas (and we actually get an in-universe backstory for the existence of the resort’s Lightsaber Training Pod), I was surprised at how little of the rest of its interior the characters actually explored in this title. It almost feels like writer Ethan Sacks and artist Will Sliney (who previously collaborated on Marvel’s Star Wars: Galaxy’s Edge miniseries, naturally) maybe didn’t have advance access to the designs of other specific areas of the ship before they had to deliver the comic, or at the very least are maybe saving some of the other locations for future issues. But for what it is, Galactic Starcruiser – Halcyon Legacy is so far a relatively fun romp through an experience that many of us in the Star Wars (and Disney Parks) community are extremely curious about. Some of the dialogue does feel a little cheesy in its over-the-top product-placement promotion of the destination, like when Cimina excitedly exclaims, “I wish I were there already,” but what were we expecting from a comic book– like Sacks and Sliney’s Galaxy’s Edge before it– that essentially only exists to act as a commercial for a Disney attraction? Eventually the five total issues will be compiled in a trade paperback and likely sold to lucky kids before they board the Halcyon for themselves, and I bet they’ll get a kick out of visiting the same ship these characters did in the pages of Marvel’s Star Wars comics. 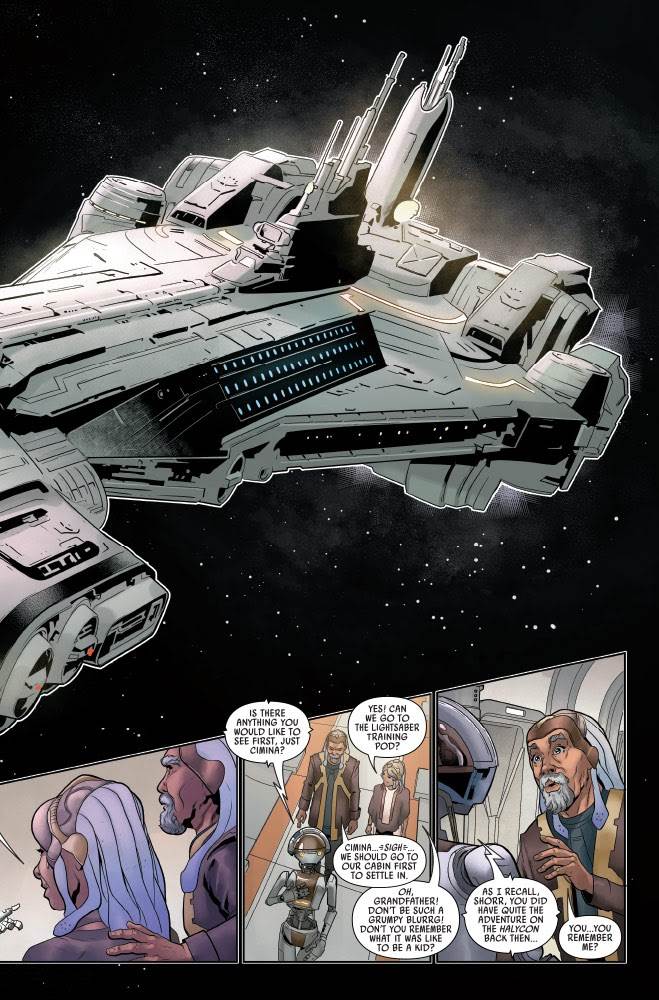