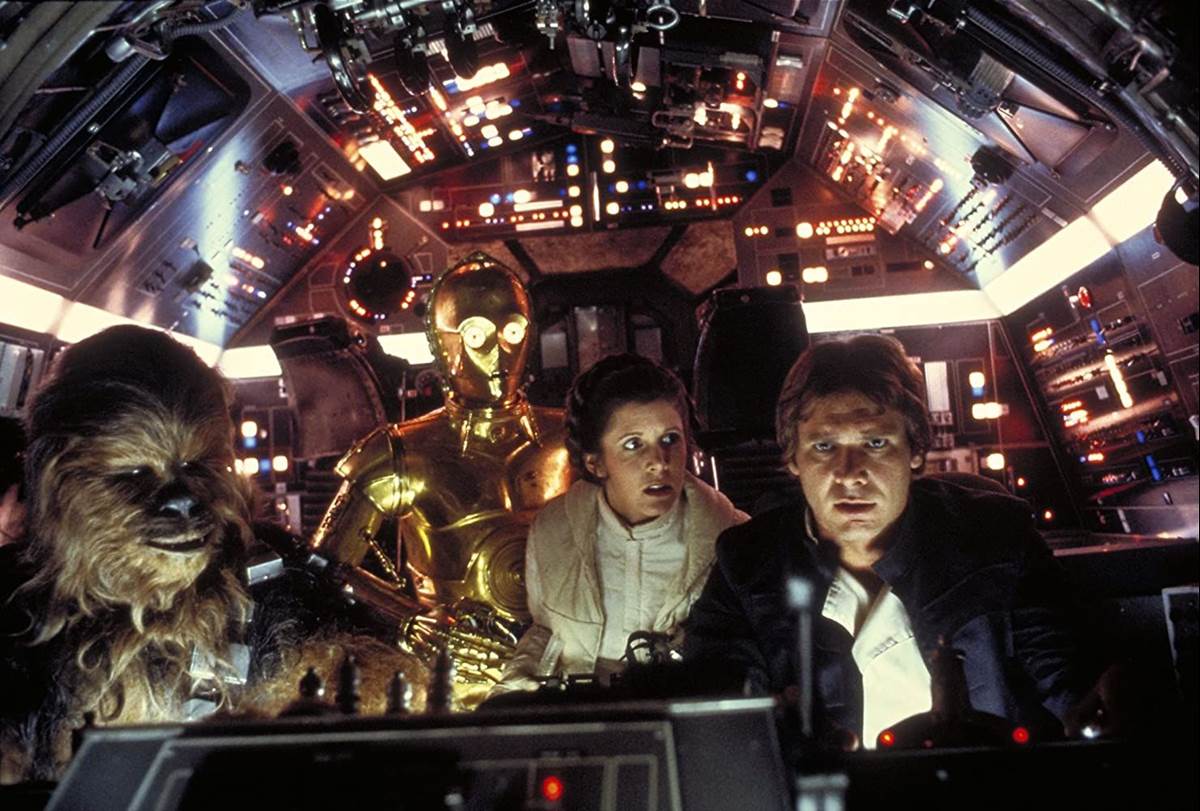 Not only is today the 45th anniversary of the release of the original Star Wars film (later known as Episode IV – A New Hope), but we’re also on the eve of Star Wars Celebration 2022 in Anaheim and the debut of the limited series Star Wars: Obi-Wan Kenobi on Disney+.

So in honor of this very big week in Star Wars history, I’ve decided to do something I once swore I would never do– publicly rank all 11 live-action theatrical Star Wars films (yeah, sorry, the Ewoks made-for-TV movies and The Clone Wars pilot are not included). Fair warning: I’m an Original Trilogy guy, so those are gonna be top-loaded, just so you know going in. 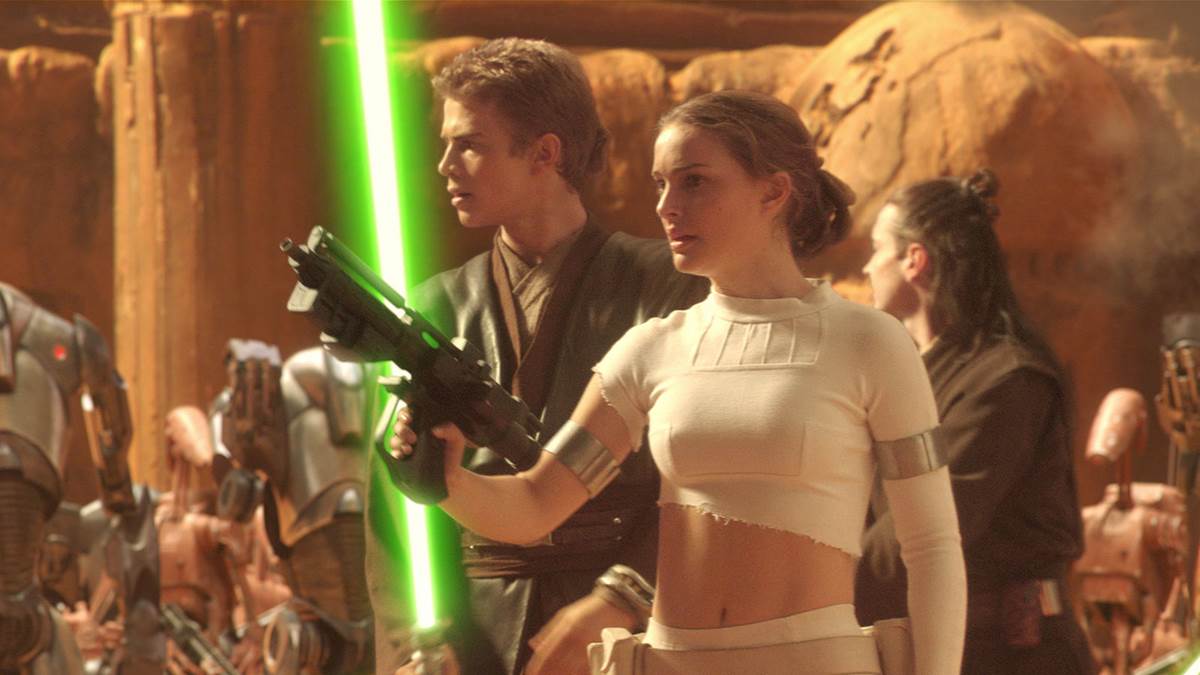 #11 – Star Wars: Episode II – Attack of the Clones: I know the prequel trilogy has been reappraised quite a bit since the kids who grew up on them became adults, but they’re still mostly tough for me to watch– and trust me, I’ve tried. I have a lot of difficulty finding anything to like in Attack of the Clones in particular: the love story aspect, which takes up a good half of the movie, falls so flat that it drags pretty much everything else down with it. I guess the stuff with Obi-Wan visiting Kamino is all right, but that’s about it for me. 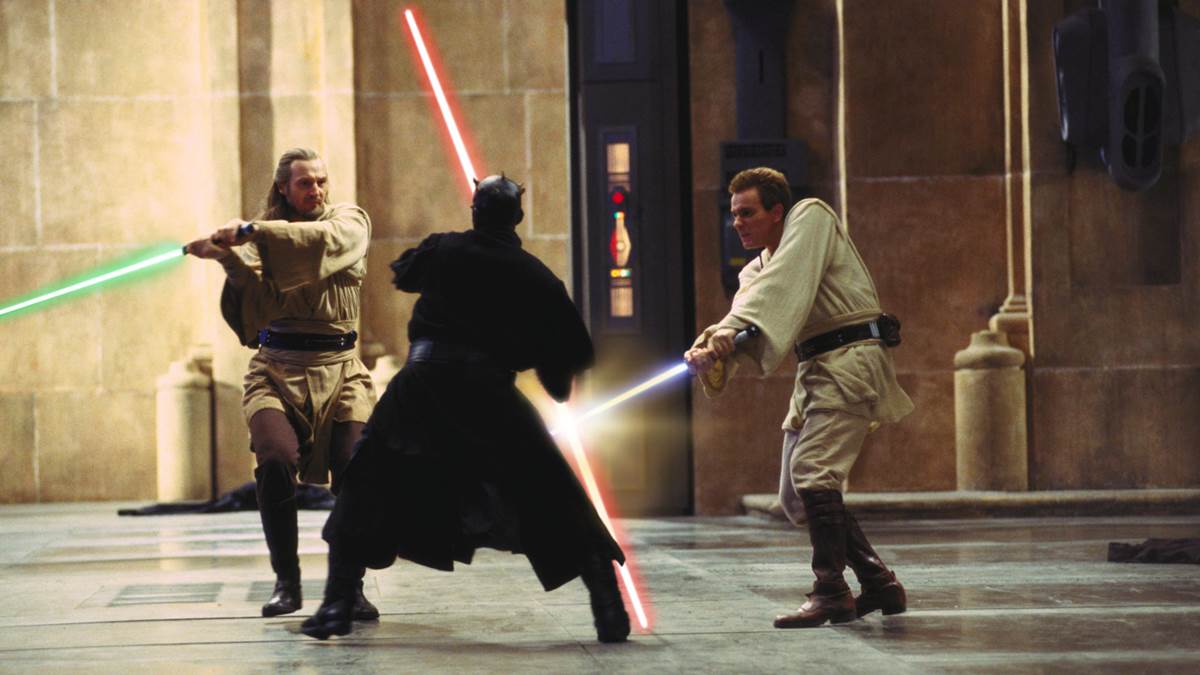 #10 – Star Wars: Episode I – The Phantom Menace: This movie is less bad, but still fairly cringe-worthy (and almost kind of boring) in a lot of parts. I don’t blame everything on Jar Jar and Jake Lloyd, but they’re certainly not helping. I think George Lucas was still shaking off the rust of not having directed a movie for over two decades, and it definitely shows. His laid-back approach to working with actors makes everyone involved, including the otherwise talented main cast, look bad. #9 – Star Wars: Episode IX – The Rise of Skywalker: Ugh. I saw this movie four times in four days the week it came out and it turned me off from watching it again for a while. But even revisiting it when it hit Disney+ it just feels like someone trying to clean up a mess.The game-of-telephone approach to the sequel trilogy was never a great idea to begin with, but here J.J. Abrams seems to forget the basic rules of improv and says “no, but” to a number of clever things Rian Johnson introduced in The Last Jedi. #8 – Star Wars: Episode III – Revenge of the Sith: Undeniably the best of the prequels, this entry has grown on me in recent viewings. I’ve said that if Episodes I-III were all on this level of quality we wouldn’t have a ton to complain about, and I stand by that. My biggest nitpicks are that Hayden Christensen and Natalie Portman still have zero chemistry (but Lucas’s dialogue isn’t doing them any favors, either)  and the final battle between Anakin / Darth Vader and Obi-Wan feels a little too busy to me (simpler is always better), but otherwise this is the one I don’t mind rewatching. 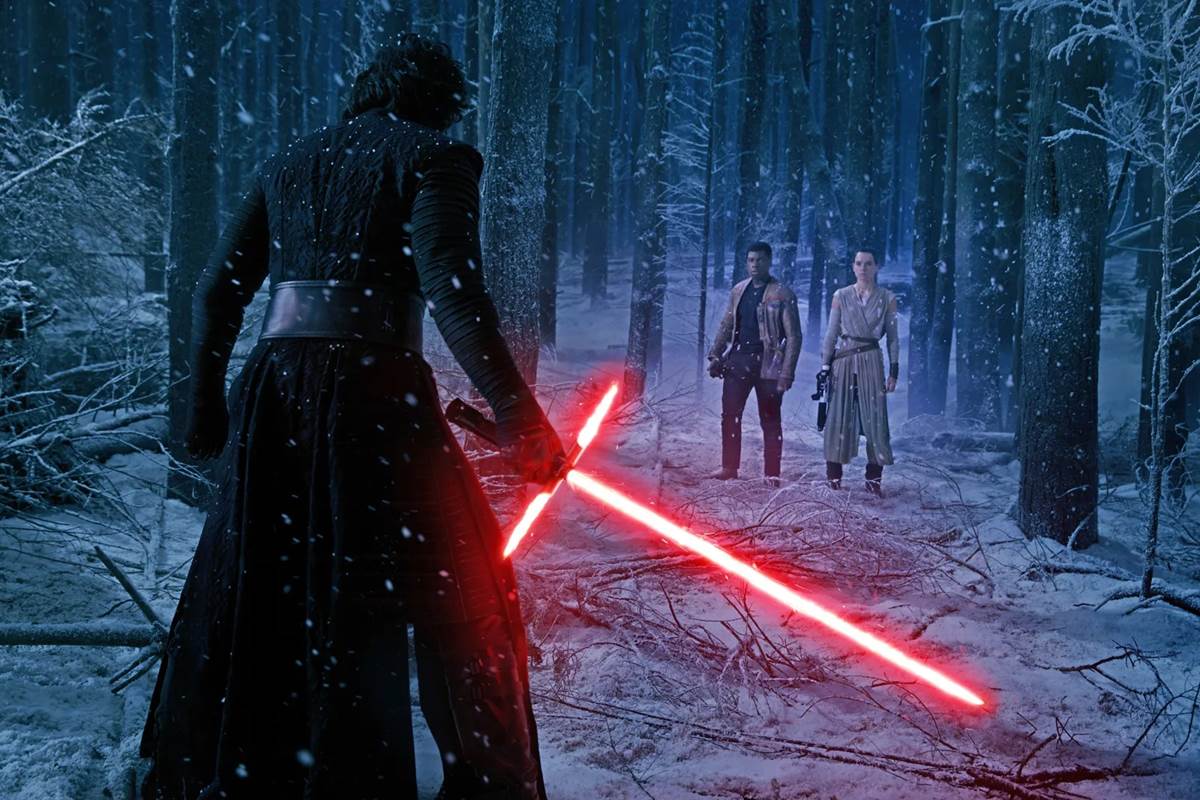 #7 – Star Wars: Episode VII – The Force Awakens: It was a really good start to the sequel era, but hews far too close to A New Hope for my liking. The line about how Starkiller Base is just like the other Death Stars except way way bigger makes my eyes roll back into my head, and I still zone out during the climactic space battle and the whole Rathtar action sequence. But Harrison Ford and Adam Driver are just so terrific in this movie, and the lightsaber duel between Rey and Kylo Ren is pretty darn thrilling. #6 – Star Wars: Episode VIII – The Last Jedi: Is it ironic that the most hated and (weirdly) most loved Star Wars movie in recent years wound up squarely in the middle of my list? I dunno, but that’s roughly how I feel about it. It has some amazing moments and it has some stuff I really don’t like. The best things about it are things we hadn’t seen before, like the shocking revelation that Rey’s parents were nobody (really, really wish Abrams had stuck with that) and Luke Skywalker being a grumpy old man. The entire Canto Bight sequence feels disposable at best, and Johnson’s tendency to lean toward goofy humor rubs me the wrong way, but his eye for visuals is so strong that it lifts up the clunky jokes and plotting. #5 – Solo: A Star Wars Story: The Last Jedi aside, Solo’s placement on this list is bound to be the most controversial. It certainly has its detractors, and it didn’t make a ton of money at the box office, but I like this movie quite a bit. This, to me, is what it would have felt like if they just adapted the 90s Expanded Universe novels into a series of lower-stakes Star Wars adventures, and that’s pretty much my dream for the future of the franchise. Alden Ehrenreich does a great job of capturing the spirit of the title character (and Donald Glover is dream casting as a young Lando Calrissian). I just think the cinematography needed to be bumped up a couple of F-stops. 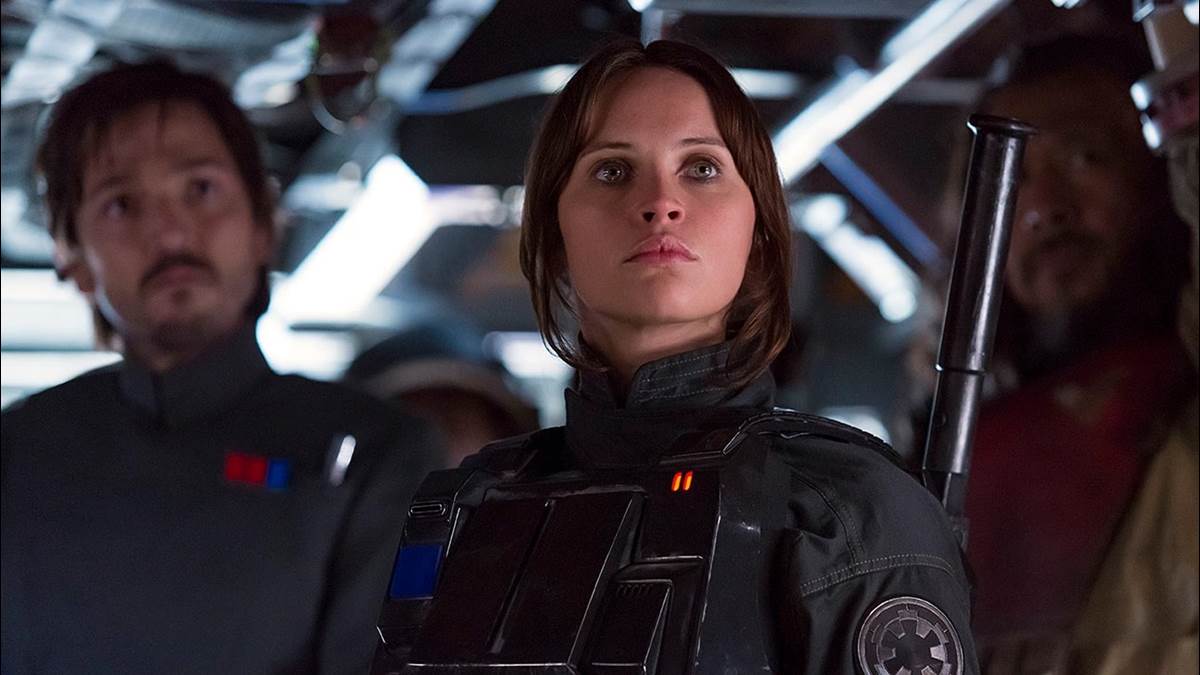 #4 – Rogue One: A Star Wars Story: The best of the Disney-era Lucasfilm releases emphasizes the “war” part of Star Wars with exhilarating results. Rogue One had a famously troubled production and went through significant reshoots without its director Gareth Edwards (who remains credited), but you wouldn’t know it from the final product. This movie makes me wish Star Wars would play with genre more often– it doesn’t always have to lean darker; there’s room for it to go in all sorts of different directions. I love the new characters introduced here and I adore that the behind-the-scenes talent committed to killing them all off at the end. 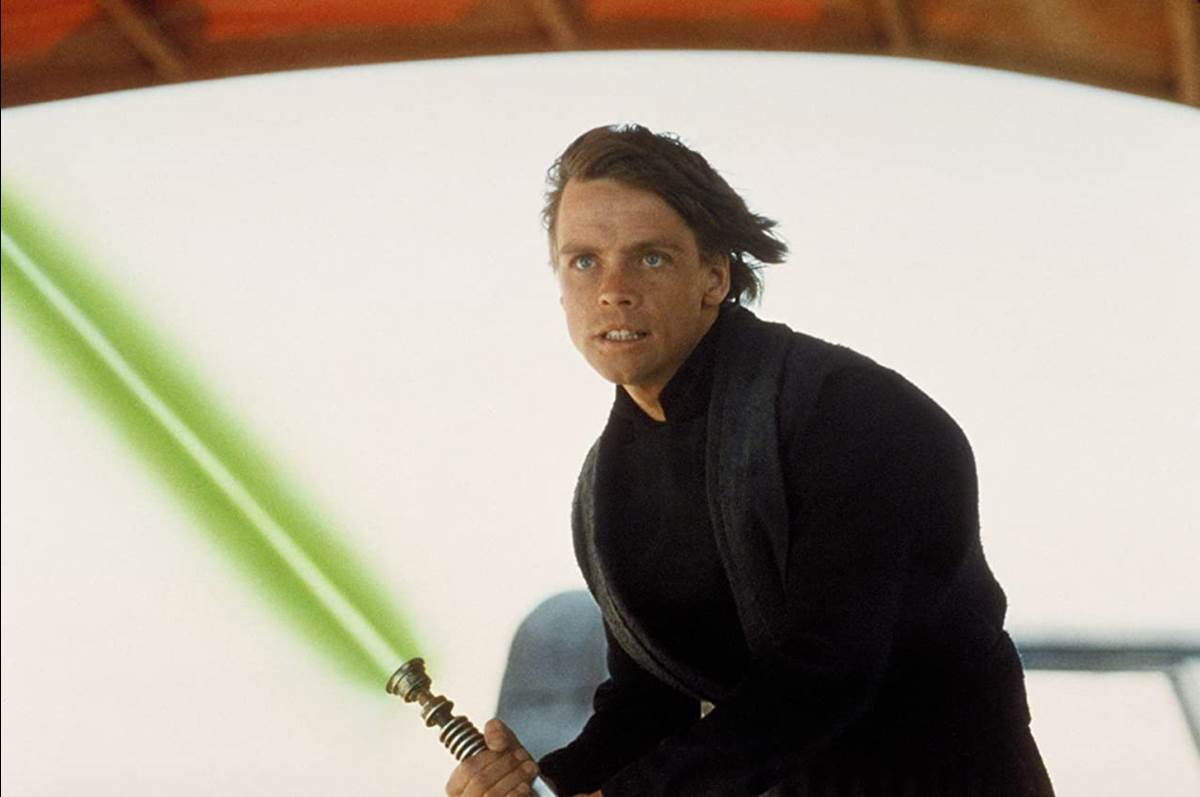 #3 – Star Wars: Episode VI – Return of the Jedi: People tend to forget how much flak this movie took for 16 years until The Phantom Menace was released, but Return of the Jedi is indeed a flawed conclusion to the hallowed Original Trilogy. Again I’ll mention goofy humor, the cast doesn’t feel invested in the material, and I think Richard Marquand as a director struggles to hold a candle to his predecessor Irvin Kershner. But I absolutely love everything in Jabba’s Palace and the Emperor’s throne room, even though the very idea of a second Death Star is still dumb nearly four decades later. 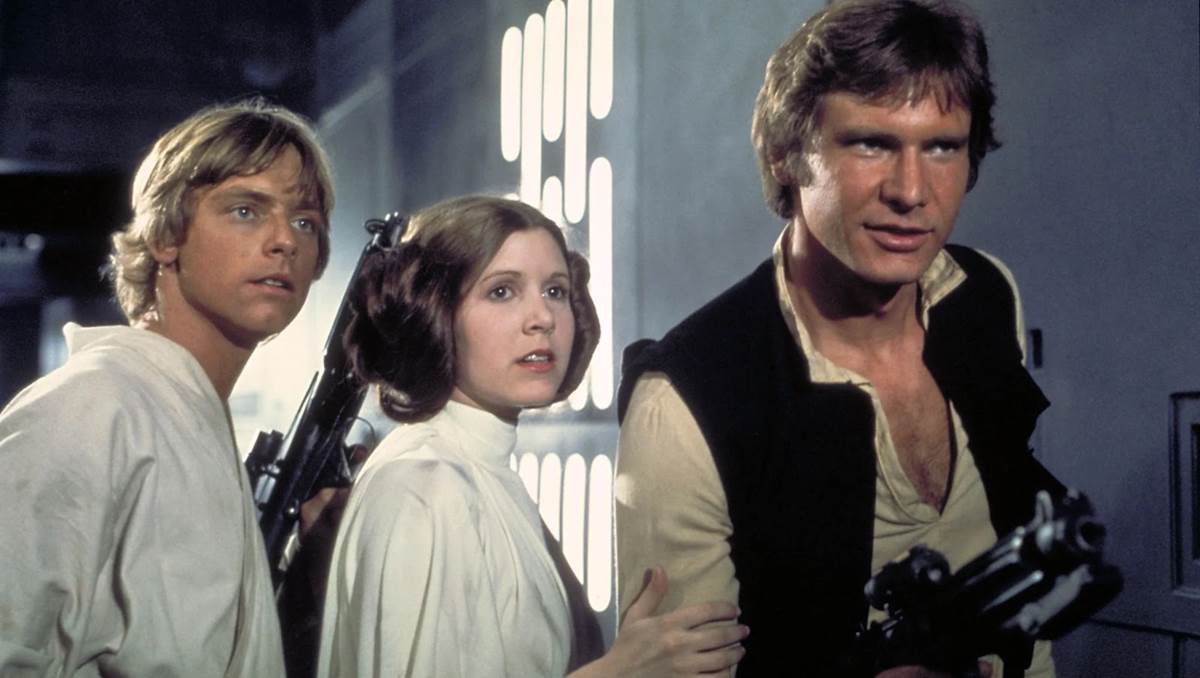 #2 – Star Wars: Episode IV – A New Hope: What else is left to be said about the movie that started it all? George Lucas took all the things he loved about cinema and mythology and crammed them all into one unforgettable adventure in A Galaxy, Far, Far Away. It was like nothing anyone had ever seen before even though it was cobbled together from things everyone would have found very familiar. It deserves its reputation and it’s no surprise that it spawned a franchise that continues to expand beyond anything Lucas initially imagined. 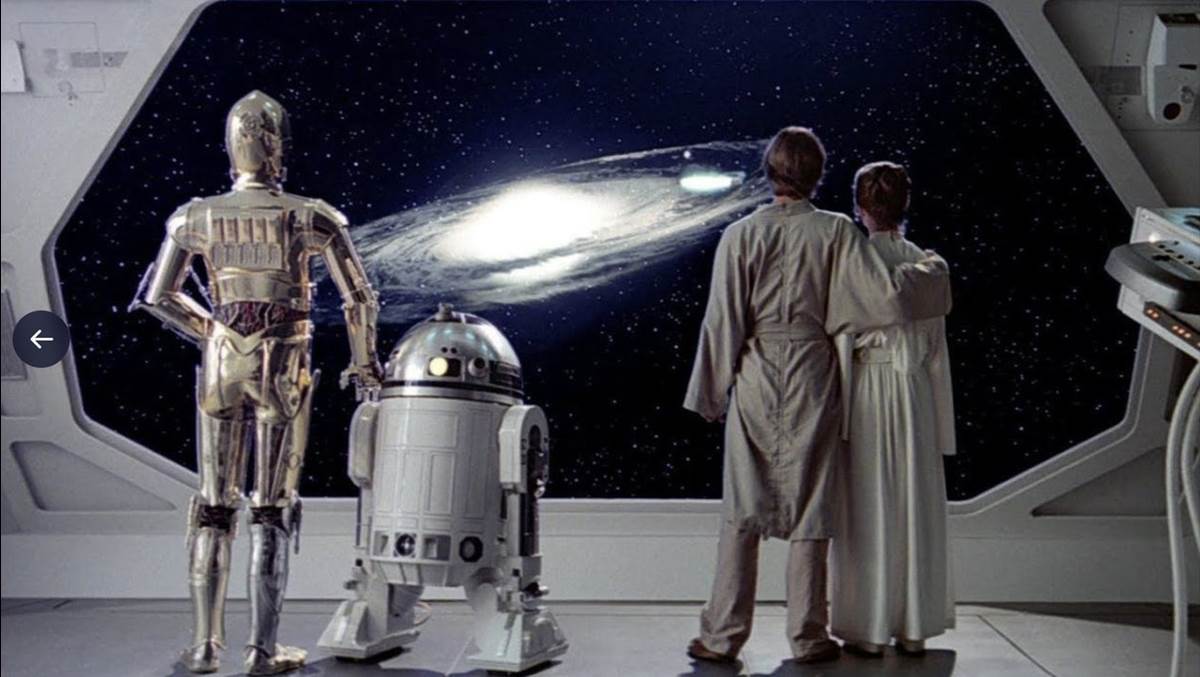 #1 – Star Wars: Episode V – The Empire Strikes Back: Not only is The Empire Strikes Back the perfect Star Wars movie, it’s just a perfect movie in general. The characters are written pitch-perfectly by Lawrence Kasdan and Leigh Brackett, and Kershner performs a miracle by grounding everything in a wholly believable reality. The frozen plains of ice planet Hoth, bounty hunters, the Dagobah swamp, a giant space slug, that wonderfully lit carbon-freezing chamber on Bespin’s Cloud City… If I could choose a feature film to step into and just live there for the rest of my life, it would be this one. 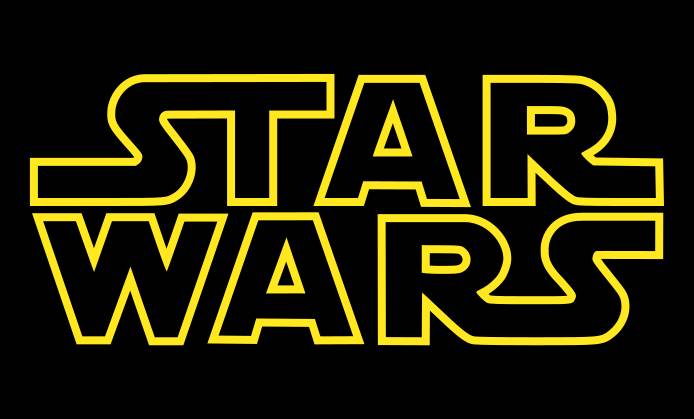 All 11 live-action theatrical Star Wars films are available to stream on Disney+.